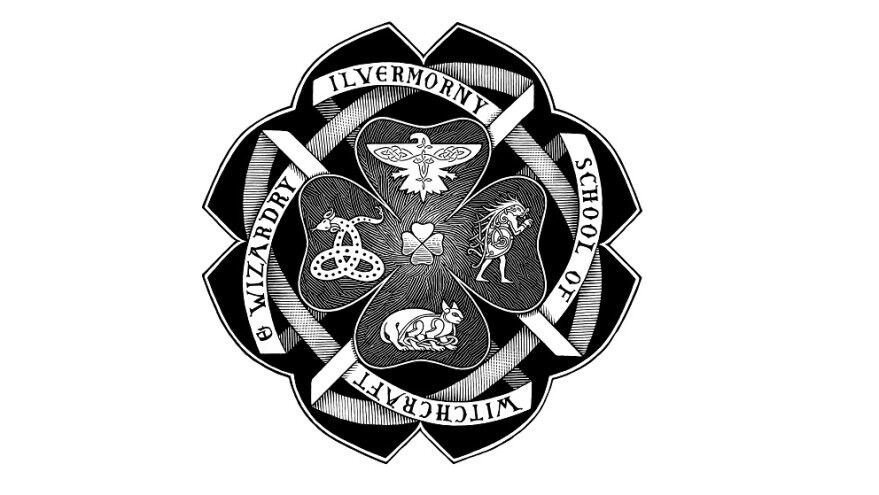 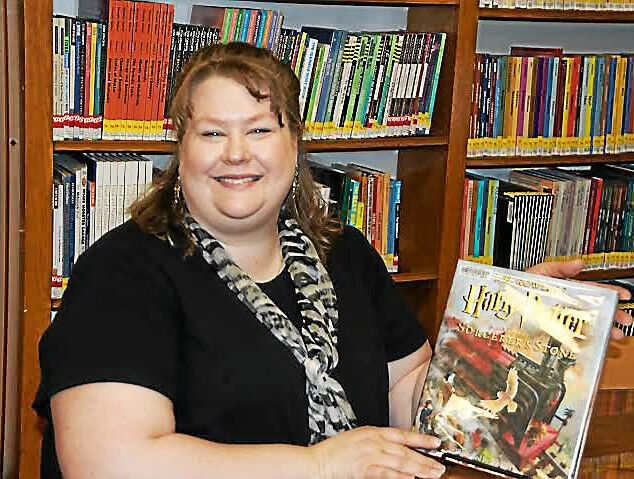 Adams Free Library Director Holli Jayko is excited that author J.K. Rowling has named Mount Greylock as the site of the fictional Ilvermorny School of Witchcraft and Wizardry.

Adams Free Library Director Holli Jayko is excited that author J.K. Rowling has named Mount Greylock as the site of the fictional Ilvermorny School of Witchcraft and Wizardry.

ADAMS — Author J.K. Rowling's placement of "Ilvermorny School of Witchcraft and Wizardry" atop Mount Greylock is casting a bit of magic throughout the summit's host town.

"I've been messaging people all day," said Town Administrator Tony Mazzucco. "Being a huge Harry Potter fan, this is a double win for me. This is great for the town and we are thrilled."

Rowling penned the wildly successful Potter series. The unexpected announcement that the North American version of Hogwarts was perched on the state's highest peak placed the mountain and the region squarely in an international spotlight. Rowling's story may begin during the 1600s but its local connection brings benefits to the present, he said.

"I think this is going to make an impact," Mazzucco said.

Town officials plan to issue a request for proposals for campground development at the $40 million Greylock Glen resort Thursday, Community Development Director Donna Cesan said Wednesday. Earlier this week, Cesan and Greylock Glen Committee Chairman George Haddad spoke at length about plans for the Glen project. Mazzucco noted the positive effect Rowling's writing and the planned November release of an associated movie, "Fantastic Beasts and Where to Find Them," could bring to the venture.

"This adds to the Glen project," he said. "It's opened up a whole new avenue of opportunities. There is such an enormous fan base for Rowling and Harry Potter. There's now a whole lot of people Googling Mount Greylock. People are going to know where we are."

Lynda's Antique Clothing Loft owner Lynda Meyer is ready to welcome any and all "seekers of spirits, wizards and witches,"she said. The 39 Park St. shop offers a vast assortment of clothing dating back to the 1860s.

"This area is a place with historical significance and it's beautiful," she said. "One can imagine spirits living in the Glen. This is a good thing for the town and I can see the Greylock Glen as a nursery for magical things."

Experienced Attire shopkeeper Nancy Lescarbeau is already formulating ideas linking the community to the writing and the movie.

"The mountain is going to be known around the world," she said."During last weekend's Faerie Festival there were about 2,000 people attending. You tie that in with witchcraft and wizardry and it can really be magical."

"Wizard walks" featuring local storytellers strategically placed along hiking trails and Faerie Festival expansion are among Lescarbeau's ideas since the news about Ilvermorny made headlines.

Holli Jayko is the Adams Free Library director and spent 13 years as a children's librarian.

The allure of all things mystical, particularly anything Potter-related, is well documented, she said.

"The Harry Potter series was a big part of my life as a children's librarian," she said. "To have the American version of Hogwarts here puts us on the map globally. It's a good way to bring tourists here. We hitch our wagon to her (Rowling) star. We are already discussing how this can benefit our town and our library."

"It is very cool that she would pick here for the story, but it's easy to see why," she said.

Rowling's reasons for choosing Mount Greylock are not likely to be divulged. A spokesman for the Pottermore.com web site declined to say whether Rowling has visited the area or why she chose the mountain for her tale.

"We're not commenting on J.K.Rowling's research but her stories come from her vivid imagination," the spokesman for Rowling's online publisher said in an email.

"This sure had Facebook humming last night," said Ann Bartlett, owner of the Red Carpet Restaurant. "I see building on with the Faerie Festival, getting the three communities [Williamstown, North Adams, and Adams} to get together and create something. This could really be something."