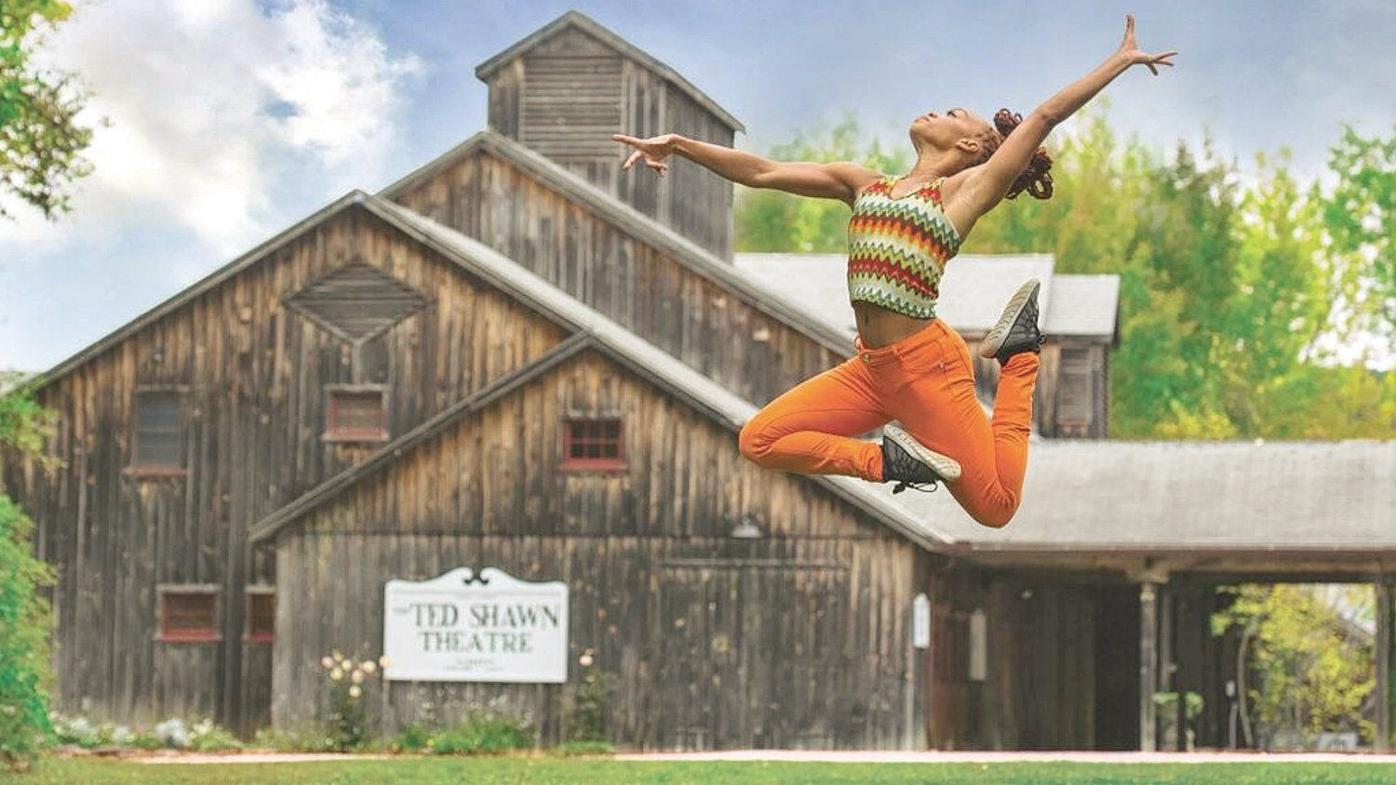 Dancer Camille A. Brown takes to the air with Ted Shawn Theatre behind her. The Jacob's Pillow Dance Festival season has been canceled due to concerns about the new coronavirus. 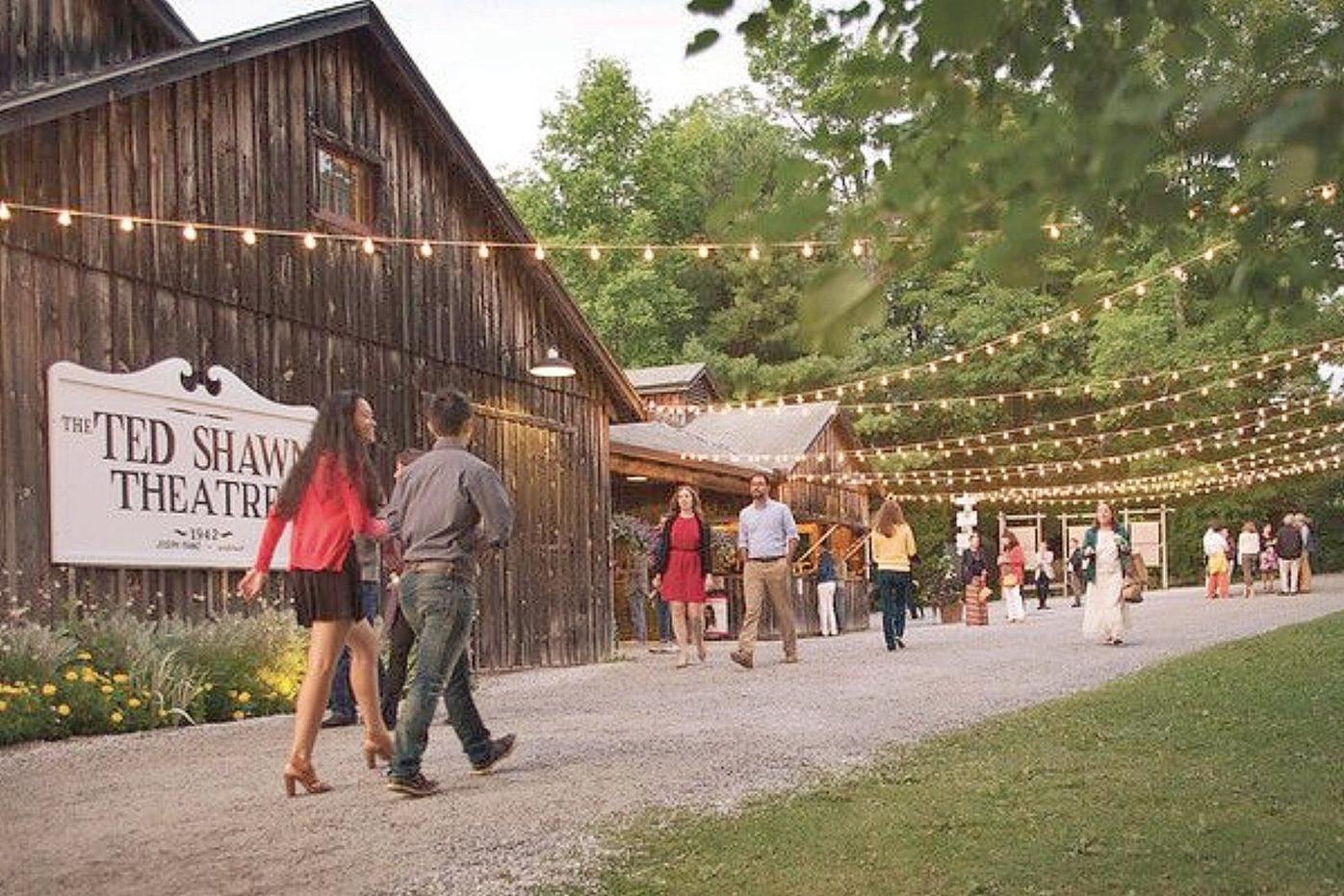 Jacob's Pillow Dance Festival in Becket announced Tuesday that it has canceled its season because of ongoing concerns about the spread of the new coronavirus.

Dancer Camille A. Brown takes to the air with Ted Shawn Theatre behind her. The Jacob's Pillow Dance Festival season has been canceled due to concerns about the new coronavirus.

Jacob's Pillow Dance Festival in Becket announced Tuesday that it has canceled its season because of ongoing concerns about the spread of the new coronavirus.

BECKET — In a blow to the Berkshires' peak cultural season, there will be no dance in the Becket hills this summer.

For the first time in its 88-year history, Jacob's Pillow Dance Festival is canceling its entire season, June 24-Aug. 30, along with the annual gala June 20.

In a lengthy statement released Tuesday, Pillow officials cited safety concerns in the face of the coronavirus pandemic as the reason.

"For the safety of our staff, artists, audiences, and the larger Berkshire community, this is our only responsible action," said Pamela Tatge, Jacob's Pillow executive and artistic director, in a news release. "If our collective efforts to slow the spread of COVID-19 are effective, and people are able to congregate again in August, we will make every effort to try to bring audiences together in keeping with the public safety guidelines in effect at that time."

The cancellation also will force a sweeping series of staff and pay reductions that, according to the news release, will reduce the Pillow's year-round workforce of 45 full-time employees by 40 percent.

Ten employees will be laid off and, beginning Monday, another 10 full-timers will be moved to part time. Eight open positions will remain unfilled. Seventeen full-time employees will receive pay cuts ranging from 20 to 30 percent. Contracts with over 40 seasonal staff have been canceled, the news release said, and the intern program for 33 young people from around the world has been eliminated.

In the news release, board Chairman Christopher Jones said the moves have been made "to protect the fiscal health" of the National Historic landmark and National Medal of Arts recipient, which was founded by Ted Shawn.

The Pillow's annual operating budget is $8 million, according to Jones, with nearly 50 percent of annual income derived from ticket sales and ancillary activities.

In addition to a variety of free performances and ancillary events, the festival had nearly 10,000 individual ticket buyers last summer, which accounted for around 40,000 total tickets sold, according to a spokesperson for Jacob's Pillow. Normal ticket prices range from $35-$79.

"The global pandemic has put our beloved Festival and all who animate it at risk," Jones said in the release. "We also are charged with serving as stewards of the Pillow's fiscal health, and have been forced to make difficult choices. ... I have tremendous faith in the Pillow's leadership and staff to shepherd the organization through these trying times."

Following the June 20 gala, the Pillow season was to have begun June 24-28 with Ballet de Grand Theatre de Geneve in the Ted Shawn Theatre and A.I.M. by Kyle Abraham in the intimate Doris Duke Theatre, and end Aug. 26-30 with Sarasota Ballet in the Shawn and Aszure Barton & Artists in the Duke.

In lieu of the live programming, the Pillow will expand its online presence with digital content from its archives; new programs created and performed by some of the artists who were scheduled to appear this summer; and a new series of PillowTalks. In addition, officials said, The School at Jacob's Pillow is exploring ways of moving its professional intensive program online.

"This is extremely difficult news to deliver to the hundreds of individuals that make the festival possible each year," Tatge said in the release. "COVID-19 has not only endangered the health and lives of millions around the world, but it has also devastated our field. The arts and entertainment industries have proven to be one of the most vulnerable sectors. Artists and arts workers are losing income, health care, and in many cases, are not eligible for unemployment benefits. We face a harsh and disheartening reality. But we face it together.

"As stewards of the only National Landmark dedicated to dance, we at Jacob's Pillow reaffirm our faith in humanity's resilience and in dance as a force that mobilizes people toward a greater good."

Jacob's Pillow Dance Festival is considered not only among the pillars of the Berkshires summer cultural season but also a major and influential player on the national and international dance scene.

Shakespeare & Company in Lenox is due to begin its season May 21 with "The Lifespan of a Fact" and Berkshire Theatre Group is scheduled to opens its 2020 season May 15 in the Unicorn Theatre in Stockbridge with "Telling Stories: Dogs of Rwanda."