A scene from the science-fiction film "A Vast of Darkness," now streaming on Amazon. 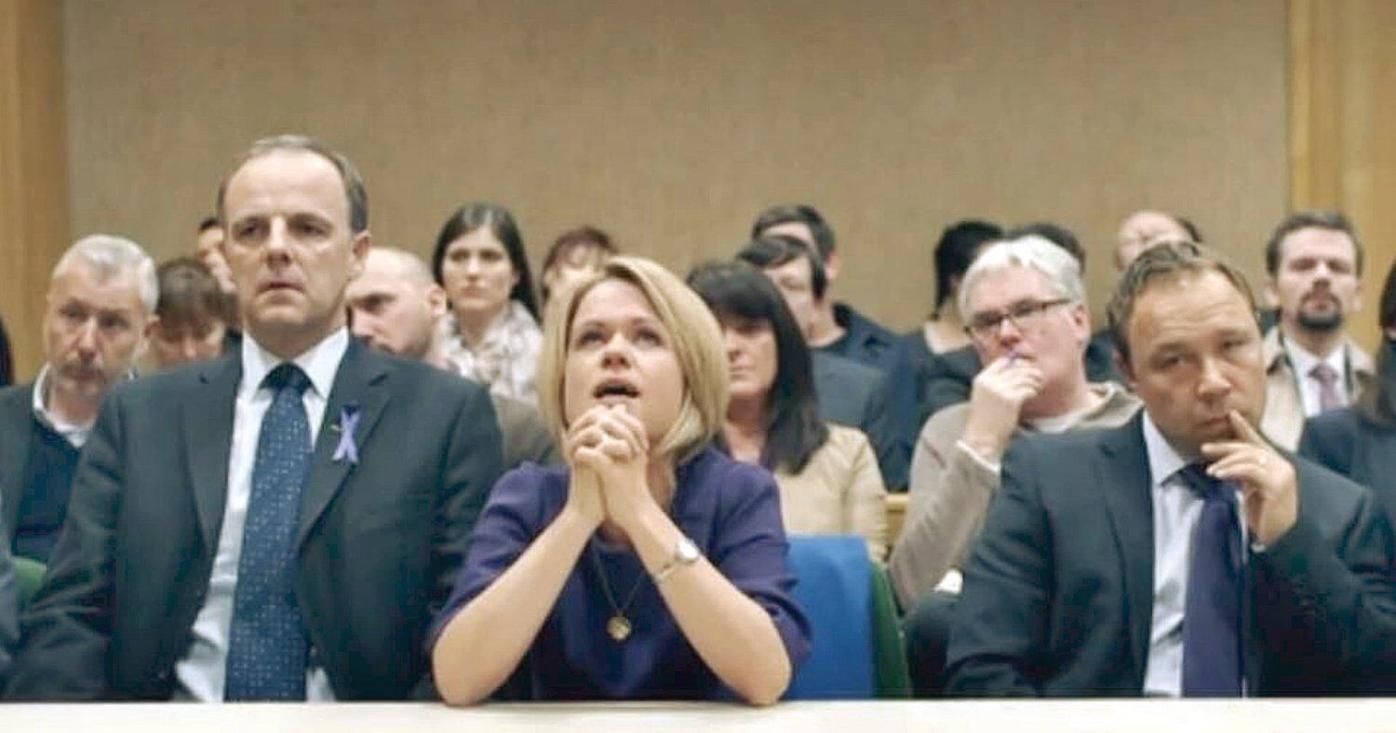 A scene from "LIttle Boy Blue," a series based on the real-life murder of 11-year-old Rhys Jones in Great Britain, is now streaming on BritBox.

A scene from the science-fiction film "A Vast of Darkness," now streaming on Amazon.

A scene from "LIttle Boy Blue," a series based on the real-life murder of 11-year-old Rhys Jones in Great Britain, is now streaming on BritBox.

This four-part British series takes a true incident and transforms it into a police procedural but manages to eschew both potential pitfalls of such endeavors — dryness or over-the-top melodrama — in favor of a portrayal of the way pain can erode a community.

It starts with the murder of 11-year-old Rhys Jones (Sonny Beyga), a bystander in an apparent gang shooting that involves Detective Superintendent Dave Kelly (Stephen Graham) in the investigation. Kelly is a stickler for getting all the details right so that the case can proceed in court without any screw-ups, but he finds himself under pressure by his superiors to wind-down the case quickly due to public outrage.

But Kelly finds a major obstruction to getting the right information is a conspiracy of obstruction within the neighborhood where the Jones family lives. Kelly knows who shot Rhys, but getting the proof he needs proves impossible when a network of teens and parents not only hide proof, but also strong-arm other parents in order to keep them silent. The pressure piles on Kelly further as he watches the Jones family self-destruct both from their grief and the uncertainty of a conclusion to the case.

There's no one better at playing a powder keg trapped in a perpetual build-up than Graham, but he lends an intense focus to the character of Kelly as he winds through the world of white gangs on British housing estates, which are portrayed in a particularly chilling fashion.

'THE VAST OF NIGHT' (AMAZON)

There's an aspect to "The Vast of Night" that seems like it's catering to the nostalgia market in science fiction, where anything from the work of Joe Dante to the more recent "Stranger Things" offer paeans to not really the eras that the creators grew up in, but the movies that they enjoyed. I find these things shallow, personally, but despite its retro setting in the 1950s and its framing of the story within a "Twilight Zone"-like television show, it turns out "The Vast of Night" is the exact opposite of that genre. It just draws some people in by pretending to be part of it.

It's the night of a big basketball game in Cayuga, N.M., but two people aren't attending — Everett Sloan (Jake Horowitz) who works at the local radio station, and Fay Crocker (Sierra McCormick), who trades off working the local switchboard with her mother. On that night, Fay encounters a strange noise on one of her switchboard circuits and tells Everett about it. He puts out an on-air plea for any help in identifying the strange noise, and what results sends the two of them on a quest for more information to round out the weird story they are told.

Unlike most science fiction movies, including those from the era this film takes place in, "The Vast of Night" does not lead to a monster or a fight or an invasion, it leads to the culture of mystery and wonder, of not knowing what is out there in the night, but imagining you do. When it comes to a pretty conclusive end it still operates on both ends of the storytelling spectrum — it ends the plot of the movie, but it also operates as a metaphor in which these two young people have entered the wider, more complicated world of awareness, where rumor and legend try to fill in the gaps of what you don't know.

Most of the movie hinges on conversations and monologues, on people listening to each other, sometimes accepting what they hear, sometimes rejecting. In the case of Everett and Faye, they bond through what they hear, and this begins with an extended conversation during a walk home before any of the actual mystery begins, in which they discover that they both aspire to great things beyond Cayuga, if such things are possible. And so "The Vast of Night" is about expressing yourself and making connections, and about those as empowering within the uncertain world, and also about the thrill of seizing the uncertainty. It's a sweet little movie as much as it is a creepy one.

John Seven is a writer in North Adams who has never been satisfied by movies and television that are easy to come by. He likes to do some digging. Find him online at johnseven.me