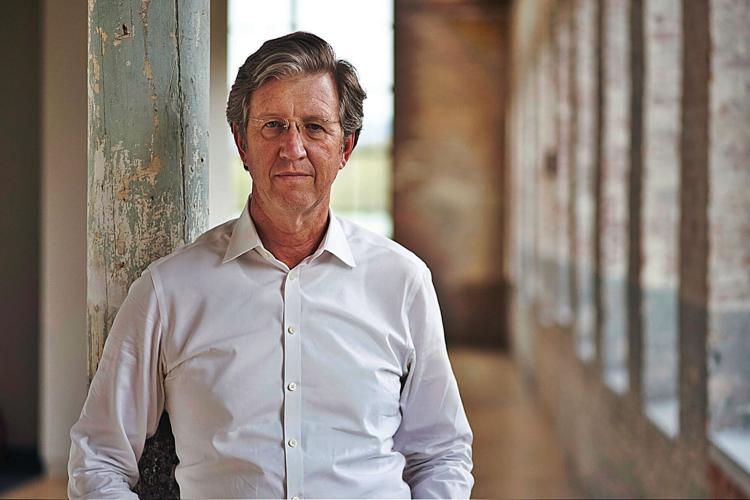 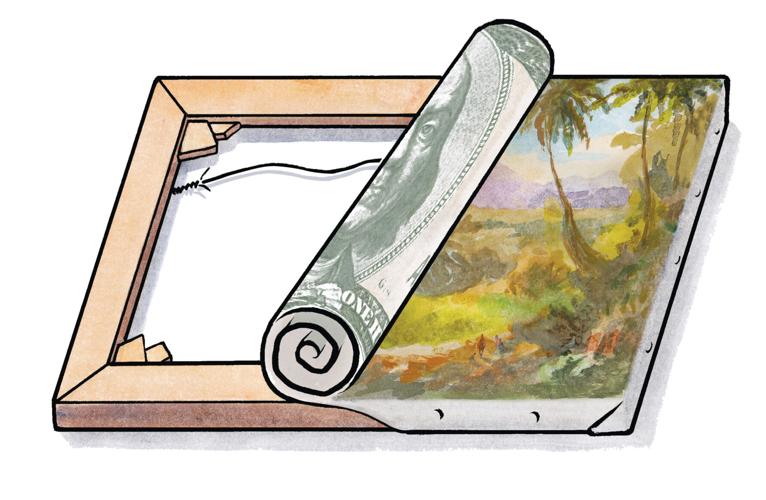 The Berkshire Museum's decision to deaccession art as part of a fundamental institutional re-alignment has drawn lots of thoughtful commentary — and passion — that bespeaks the museum's cherished role in our community. Moments like this remind me of how lucky we are to live in the Berkshires.

But it's also drawn more than its fair share of criticism that is at once overwrought and seemingly oblivious to stark facts, which reminds me of the powerful effect of art on even the most generous and considerate of souls, many of whom are friends and respected colleagues.

For over three decades, the Berkshire Museum has barely survived on a crimped, insufficient budget, making ends meet by deferring maintenance, trimming sails, curtailing wages, and cutting corners. Even so, the museum's structural deficit — its annual shortfall — is well over $1 million per year, on a budget that is only $2.4 million. With rapidly diminishing reserve funds, the math is ineluctable, and the results are devastating: The institution is literally eating itself alive. We owe the current board and administration a debt of gratitude for shining a bright, public light on this alarming fact. That revelation was a brave and honest act of fiduciary responsibility: There is perhaps nothing more difficult for a not-for-profit board and staff to do — except perhaps shuttering the doors.

Absent a radical downsizing and de-programming that would include relocating to a much smaller building, the Berkshire Museum requires a massive and almost immediate infusion of capital to remain in business. After surveying its pool of potential private donors and corporate supporters, the Berkshire Museum determined it had no feasible path to the $60-plus million required for a sustainable financial and programmatic re-boot. Nor was it realistic to hope for some Hail Mary solution from the public sector. Forty million dollars in additional endowment would solve the structural deficit, if only marginally: I'd feel more confident if it were $60 million, allowing more programmatic and curatorial depth and even better collections management.

The reasons for this existential crisis are many, among them: A 25 percent decline in regional population over the past three decades, which is a brutal reality for an institution that is — at its glorious heart — a populist cultural center, almost wholly reliant on local and regional patronage, which is in turn a function of population and demographics. At the other end of the patronage spectrum, corporate sponsors that once supported the institution with major annual gifts and budget-salvaging grants are now largely gone, or consolidated into larger national entities whose "hometowns and heartstrings" are elsewhere.

Against that crushing socio-economic backdrop, the museum has nevertheless done a good job maintaining — and growing — local grassroots support. Its annual giving is now regularly over $1 million annually, and growing. Membership is up 20 percent, and the number of educational experiences delivered to area school kids has doubled over the past decade. The museum's program is healthy, and its service to the community exemplary: Great things are happening deep under the hood, though annual giving, ticket sales and memberships are but a drop in the bucket when it comes to keeping museums afloat.

Facing up to stark economic realities is not easy institutional work, and unless you've breathed deeply of an institution tipping on the edge of existence, you cannot imagine the challenges. I have, and I commend the Berkshire Museum staff and board not only for their clearheaded honesty in bringing this to light, but also for the thoughtful process the institution undertook during its two-year strategic self-evaluation. The Berkshire Museum's financial and programmatic reassessment was no navel-gazing exercise. Over the past year and a half the museum conducted evaluative meetings with hundreds of stakeholders, patrons, cultural professionals, and community members. Leaders of every regional cultural institution were invited to participate in the analysis. I attended several planning sessions and was impressed with the transparency, diligence, and spirited creativity of the process.

Two things were evident. First, the museum was forthright about its dire fiscal predicament. Second, it was cognizant that the cultural and educational topography of our region has shifted dramatically over the past four decades.

Forty years ago, for example, the Clark Art Institute and the Norman Rockwell Museum did not exist as we now know and love them — as programmatic dynamos, active institutions with vibrant rosters of nationally significant exhibitions and massive public outreach. Mass MoCA did not exist at all. The Williams College Museum of Art was just coalescing as a public-facing institution. The place has a vibe all its own.

The Berkshire Museum's role within this constellation of art-centric institutions is not diminished by the shifting landscape — indeed, its profile and mission have become uniquely and increasingly valuable. But its offering is based, at its core, not on its art collection — which is quirky and delightful, if episodic, and often less than ideally displayed — but rather in the manner it juxtaposes the natural sciences, antiquities, art, and historical artifacts in ways that educate, excite and beguile.

That is to say that the Berkshire Museum's unique cultural advantage within our region — gathering us as a community to discover and explore our connections to the world — does not rely on a single work of art, nor 40, nor even 400. The very being of many cultural institutions is built around particular works of art, or on the strength and concentrated essence of certain parts of their collection. Rockwell at Rockwell. Impressionism at The Clark.

The Berkshire Museum is simply not one of those. Instead, we cherish the Berkshire Museum for the quixotic diversity of its collection, and its power to draw interdisciplinary links between science, nature, and culture through layered educational programs. It can continue to do that with the 2,400 works of art in its collection and 38,000 other wonderful objects, specimens and artifacts. It cannot do that, however, without the means to remain in business. When Berkshire Museum Executive Director Van Shields said that this is a moment of existential crisis, he meant it. Let's get real: The museum's survival is at stake.

Deaccessioning art is the most serious business for museums, and deserves the utmost diligence (as was afforded by the Berkshire Museum's protracted planning process). Done correctly — at the right scale, at the right time, for the right reason — it can also invigorate and even save institutions, so long as the funds raised through deaccessioning are utilized for prudent permanent capital investments, which include strengthening the endowment, making core infrastructure improvements to support the preservation and presentation of remaining collections, and augmenting budgets for future acquisitions. Spending sales proceeds to cover today's operating expenses, or yesterday's bills, is not on that list, nor on the Berkshire Museum's.

The great curator and museum director Martin Friedman once confronted his board at the Walker Art Center with a hard truth: While Minneapolis had a certain parochial pride in the 19th-century collection of European art that was part of the Walker's founding legacy, Friedman noted the collection was not uniformly excellent, and furthermore did not directly advance the Walker's animating mission, which in that case happened to have been re-tuned toward 20th-century art and design. He argued that the 19th-century holdings be sold off lock, stock and barrel, the proceeds to be used to sharpen the Walker's newfound concentration on more recent art. Though controversial at the time — it almost always hurts to sell art — the Walker is now a museum of record, infinitely stronger and more relevant than it was when it was a rambling, quasi-encyclopedic collection, and both Minneapolis and the nation owe much to Friedman's resolve and risk-taking.

In Vermont, the Shelburne revitalized itself through strategic (and then controversial) deaccessions, to excellent result. In Philadelphia, the Barnes jettisoned the historic, nearly sacrosanct, gesamtkunstwerk house that defined its very soul ... to almost universally admired results (after the fact, that is, and following considerable consternation before the deed was done). In Pittsfield, the careful and strategic paring of art in order to allow a heightened focus on science, natural history, and interdisciplinary learning (and, by the way, to allow the remaining 40,000 objects to be far better tended, and far more available and accessible than they are today) is a creative act of programmatic revamping. It won't be without regret, and it won't be perfect: In 25 years, one or more of the sold works will fall into stronger favor, or become a newly proclaimed masterpiece, and values will inevitably rise — but then again, the Berkshire Museum will in all likelihood still be around to rue the day, and absorb the criticism.

Art lives on too. When the New York Public Library elected to deaccession a landmark Hudson River painting, there was a lot of angst in certain circles of Manhattan about New York auctioning off its patrimony. (The hand-wringing and accusations of soul-selling were not accompanied by any check-writing, I might add, in a city that could have readily afforded the $35 million it would have taken to keep the painting in town — and there might be a lesson for us all there, too.) The "New York" painting ended up in Bentonville, Ark., where over a half-million patrons see it every year because it now has a pride of place and iconic visibility it never enjoyed when it was largely overlooked in the back halls of the library, before the sale.

First, though I sat in on parts of the planning process, I'm not in love with every detail of the Berkshire Museum's new plans. (I tend to favor old-fashioned wood and glass vitrines over interactive LED screens, for example.) But I respect the institution and its collective vision (and trust that those who run it comprised the auction list with financial savvy and a measured curatorial point-of-view).

Second, the dedicated staff and trustees of the Berkshire Museum are not "douchebags" or "plunderers" or "phantoms" or "treasonous." They are smart, hard-working professionals and attentive, generous volunteers who are tending one of our region's most important institutions at a precipitous moment in its history.

During a challenging period for civility and reasoned discourse in the life of our nation — when invective and exaggeration seem to come too fast — let's remember that these are our friends and neighbors and colleagues doing tough work that matters.

Let's take a deep breath, cool the rhetoric, and gather around an institution that will either risk re-inventing itself over the next few months or risk disappearing from our midst over the next few years. And let's write checks.

Joseph Thompson is the director of the Massachusetts Museum of Contemporary Art in North Adams.