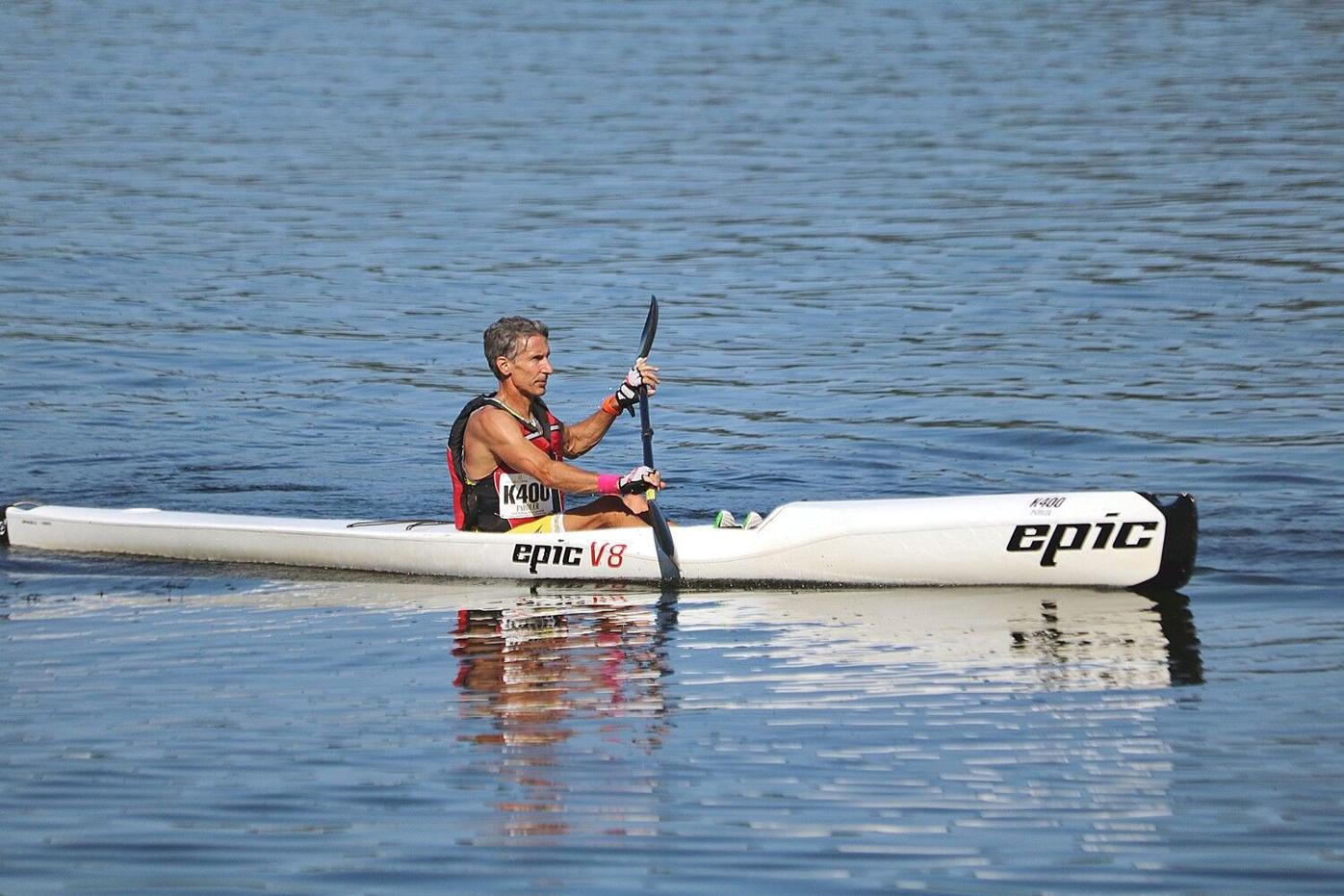 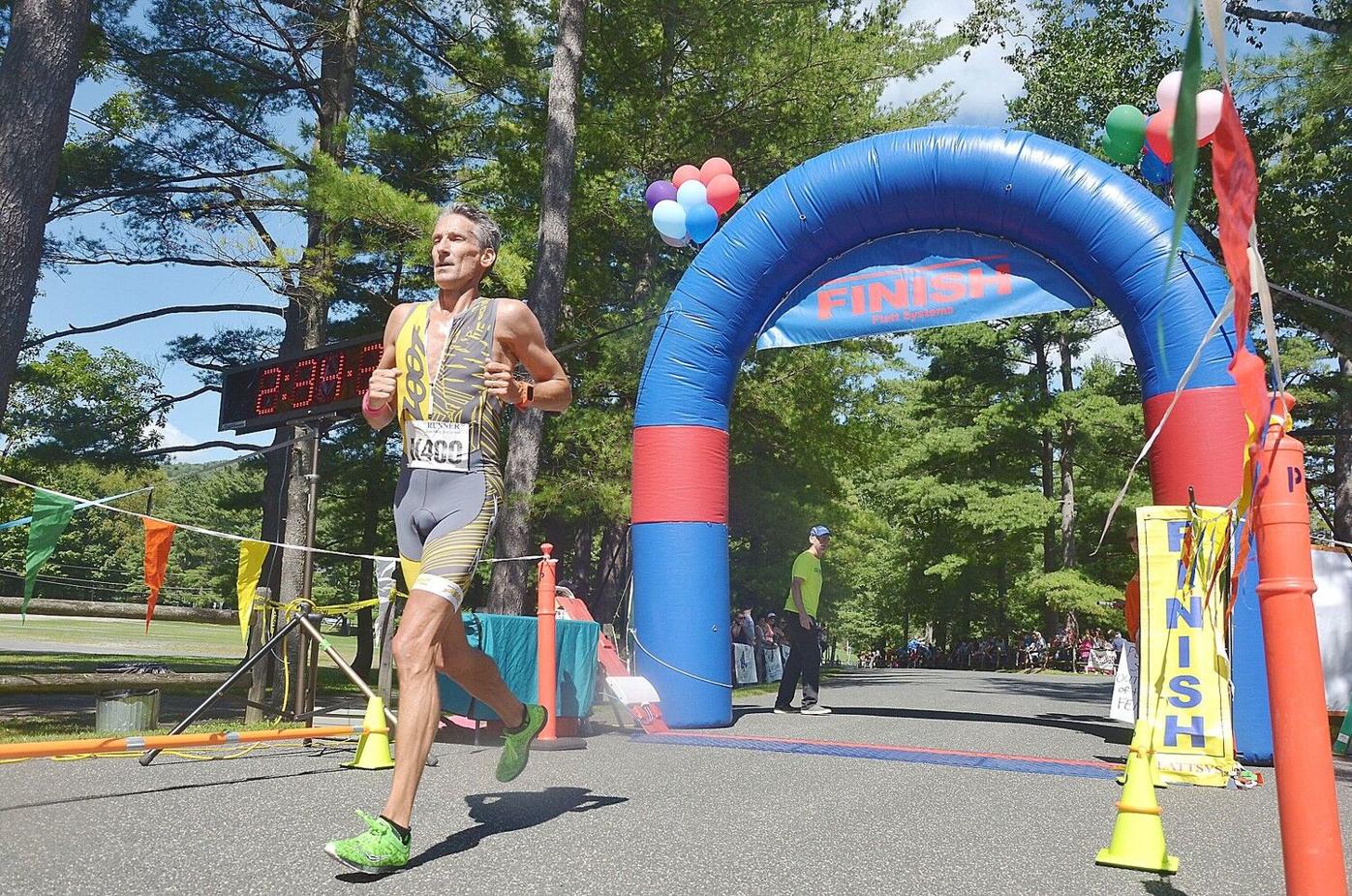 Kent Lemme was the first Ironman finisher in the Josh Billings RunAground.

Kent Lemme was the first Ironman finisher in the Josh Billings RunAground.

LENOX — Many things change for the Josh Billings RunAground from year-to-year. One constant has been Kent Lemme.

While Lemme might not have been thrilled with his time, he was very pleased with how the race went off.

"It was seamless. It was just like they've been doing this forever," Lemme said after the race on the new course.

Josh race director Patty Spector and her committee had to do some quick adjusting after the algae bloom in the Stockbridge Bowl rendered the body of water out for the event.

The race started in Great Barrington, went to the Richmond Pond for the paddling leg, and ended up at Tanglewood.

"They did a great job of putting it on and having it run smoothly," he said.

There were no reported accidents on the Josh course. There were a couple of mishaps involving bicycles that rendered those cycles out of the race.

Then, there is what happened to Chuck Leach.

Leach, a Lee resident, was the cyclist for the Minkler Insurance team that finished 45th overall on Sunday. That they finished at all is an interesting tale.

He lost the right crank arm on his bicycle midway through his journey, and had to finish the race with one pedal.

"It just snapped off. Not the pedal, but the crank arm," he said after the Josh. "The right-hand side was completely gone, so that leg was dangling to the right. I was clipped in on the left. That was still working, but I could not pedal with the right side at all."

He said that it might have been some 10 miles into the race when the incident occurred.

The incident had to make things more difficult for Leach to pedal.

"It's really hard to keep momentum going, and to keep any sort of power going in there," Leach said. "It's very awkward. I had that [left] knee surgically repaired last year. So it was an extra-special test for it."

Did he ever think about calling it quits?

"I just wanted to finish for our team," he said. "My son was doing it this year with his cousins, so I did not want to quit while they're out there doing it."

The father-daughter team of Mike and Tara Dooley registered their fourth consecutive top-15 finish in the Josh Billings RunAground.

As Mike waited with the cyclists, Tara Dooley was watching.

"It helps to know [the course], to prepare ahead of time," she said. "That way I know when I can run faster, when I can slow down a little bit to prepare for a hill. I'm looking at a hill, and it's something you cannot just run up super fast. It is good to drive it first.

When Tara Dooley crossed the finish line, a reporter asked her if the course was different than she thought and if it was actually harder than she might have anticipated.

"I thought it was going to be really hard, but once I got to the hill, it actually really wasn't as bad as I thought," she said. "I made it up the first part, which is the steepest. Then you don't really have enough time to recover for the second one. I kind of struggled a little bit.

"But overall, it wasn't that bad."