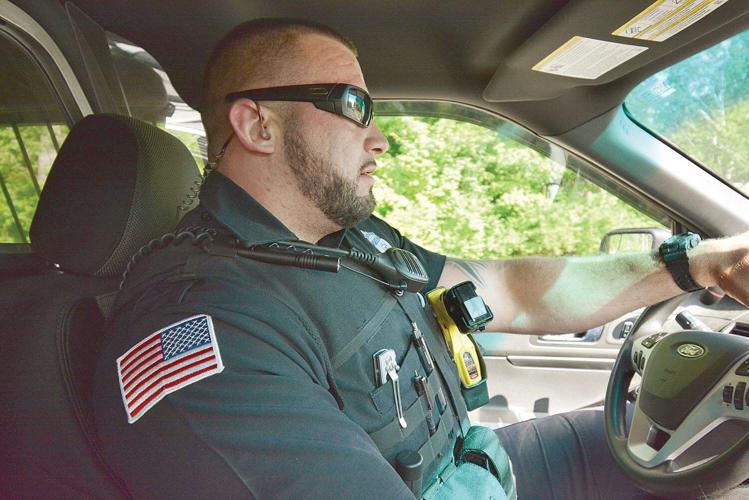 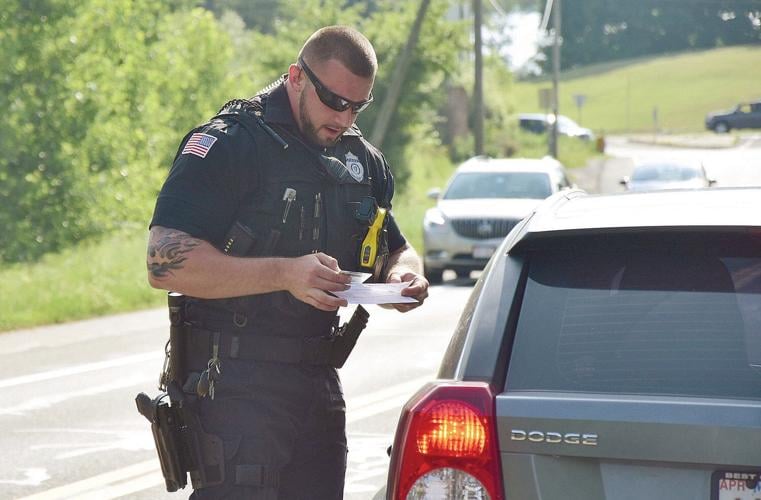 PITTSFIELD — Lanesborough Police Officer Brennan Polidoro might be trained in recognizing the effects of drug intoxication, but he's no expert.

In a 10-page ruling issued March 31, Tyne said statements by Polidoro would not be admissible in the case against Timothy B. Callahan, a Cheshire man who is charged with driving under the influence of drugs in 2016.

Polidoro, who received drug-recognition certification in 2014, has been recognized as the county's lone Drug Recognition Expert, or DRE. As of last summer, he had conducted at least 15 evaluations of people accused of driving while under the influence of narcotics.

But in her ruling, Tyne found that those evaluations, and Polidoro's training, are not based on science, and she deemed the conclusions unreliable.

The case calls into question the ability of law enforcement to prosecute people charged with driving under the influence of drugs at a time when the state has begun allowing the sale of marijuana for recreational use. While courts have recognized the blood alcohol content standard as an accurate reflection of a person's level of intoxication, no such metric exists for marijuana or other drugs.

Callahan, then 37, was pulled over by state police in Lanesborough on May 4, 2016, after they received a report that he had smoked laced marijuana and was acting violently.

He was stopped on US-7/MA-8 Connector Road, often referred to as the "mall road," after allegedly speeding and making several marked-lanes violations.

He was arrested on a charge of operating a motor vehicle under the influence of drugs, and while he was being booked at the state police barracks in Cheshire, Polidoro was called in to evaluate him.

According to the police report, Polidoro's exam determined that Callahan was under the influence of drugs.

In a hearing last December in Central Berkshire District Court, the state sought to have the court recognize Polidoro as a DRE to the extent that he is qualified to testify about the effects of narcotics on the body and can offer an opinion on whether someone is under the influence of certain drugs.

Tyne said it was the state's burden to demonstrate that the DRE's opinions were founded on reliable scientific theory or methods as required by law, and that those methods were employed in this case.

Polidoro testified at the hearing that his opinions are based on his extensive training.

Tyne acknowledged that Polidoro attended training for OUI detection, drug recognition and drug evaluation, but she noted that the sponsors and trainers of all those sessions were other members of law enforcement.

The state did not provide any evidence that the content of that training was accepted by the scientific community or was scientifically sound in the first place.

The court took into account three law enforcement studies, one each from 1985, 1986 and 1994, that formed the basis for the body of knowledge and the methodology of Polidoro's training.

The court found faults in those methodologies and reporting in all three studies and determined that none of them was a relevant or reliable source for the officer's training.

Polidoro testified that after evaluating 12 subjects during his training, he was deemed "proficient" by his instructors, who used the same protocols outlined in the referenced studies as the basis for that training.

"As law enforcement has embraced these studies as the basis for their trainings, the Court finds that, `proficient,' as used by law enforcement means a 43% to 49% accuracy rate for identifying those subjects with no drugs in their systems," Tyne said. "The Court does not find this to be reliable, let alone proficient."

"Based on the evidence presented at this hearing, the Court finds that the body of knowledge, the principles and the methods that the officer was instructed on are not reliable predictors of whether an individual is under the influence of certain narcotics," Tyne said.

The court also found that the state didn't show that body of knowledge is generally accepted by the scientific community.

Tyne ruled that Polidoro didn't properly apply his training, including the administration of a toxicological exam, which is described as essential to the process in at least two of the cited studies.

Tyne said another example of Polidoro improperly applying his training was the use of a test to determine whether Callahan's "internal clock" was slow, which could be an indicator of the use of narcotic painkillers.

According to Tyne's ruling, Polidoro testified that Callahan counted to 30 in 23 seconds, indicating that Callahan's internal clock was slow.

"Notwithstanding his testimony," Tyne said. "It strikes this Court as painfully obvious that counting to 30 in 23 seconds might indicate that the internal clock was fast."

Polidoro's testimony, she said, was based on speculation.

Tyne ruled that Polidoro cannot testify as an expert about the effects of certain narcotics on the body, may not give an opinion on whether Callahan was under the influence of any drugs, may not give an opinion of what drugs Callahan allegedly consumed, may not refer to himself or be referred to by the state or any of its witnesses as an expert, a drug recognition expert or a DRE, and may not testify to any drug recognition or DRE training that he has received.

But, he can testify that he received extensive training in investigating impaired drivers, and testify to admissible observations that he made of Callahan and statements Callahan might have made.

It is not clear what impact, if any, Tyne's ruling will have on other cases in which Polidoro is involved as a DRE.

Polidoro referred questions about the decision to the Berkshire District Attorney's Office.

Berkshire DA spokesman Dennis Yusko said the office is reviewing the decision and determining whether it will appeal Tyne's ruling.

Matt Allen, a field director for the American Civil Liberties Union who was its appointee to the state's operating under the influence commission, echoed Tyne's reasoning that the tests DREs use to establish whether a driver is under the influence of drugs are not based on science.

"The ACLU is opposed to penalties against motorists based on the performance on this drug recognition exam because the exam itself has never been validated using standard scientific methodologies to demonstrate that it is at all effective in measuring impairment," he told The Eagle.

Allen, who also is a member of the state's Cannabis Advisory Board, said the DRE tests threaten the civil liberties of drivers who test positive, even when they're not impaired, through the use of a tool that never has been proved to be accurate.

He said there also are no reliable studies that could determine how much THC in one's blood constitutes impairment.

THC, the active chemical in marijuana, can remain in a person's system for hours or days after ingestion, and its mere presence does not necessarily indicate impairment, he said.

As to the studies used to form the basis of the DRE program, he said they didn't look at whether a person was too impaired to drive, only whether they had narcotics in their system.

And he cited flaws in the studies, including using a limited and nonrepresentative pool of test subjects and using test subjects who already were under arrest for OUI drugs.

"What you had was a sample group already determined to be under the influence," which he said distorted the results showing the tests as effective.

"That's not a valid way to determine if this DRE was actually effective in making a distinction between who is a driver who is impaired and a driver who is not under the influence at all."

Lanesborough officer fired over improper use of criminal records database

EAGLE INVESTIGATIONS: A Lanesborough police officer got caught using a state criminal records database to look up women he had dated or wanted to date. It's not your "personal Google," he was told before being fired.

A fired Lanesborough Police officer allegedly failed to turn over his firearms. Now, he is facing a criminal charge.

A former Lanesborough officer who was fired for improperly looking up women on a criminal justice database has been charged criminally for failing to surrender his firearms to authorities.