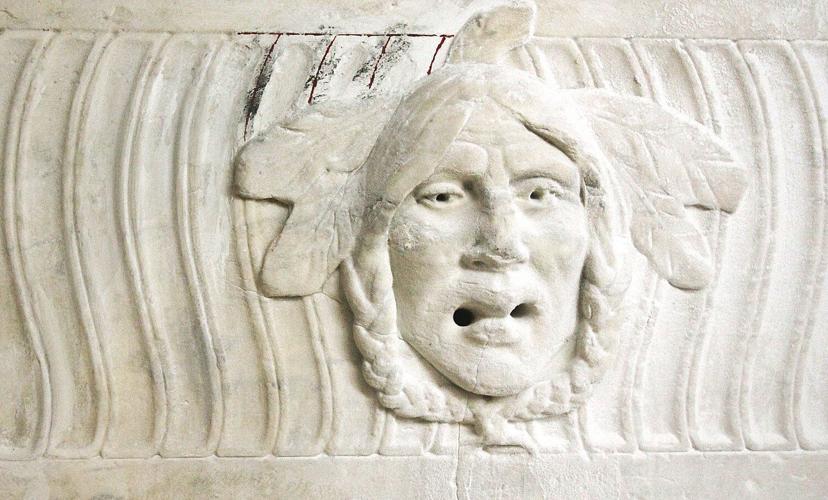 Fourteen invisible fiberglass pins now stabilize the face of Chief Konkapot as part of the cleaning and restoration of the Kilbon Memorial Fountain. 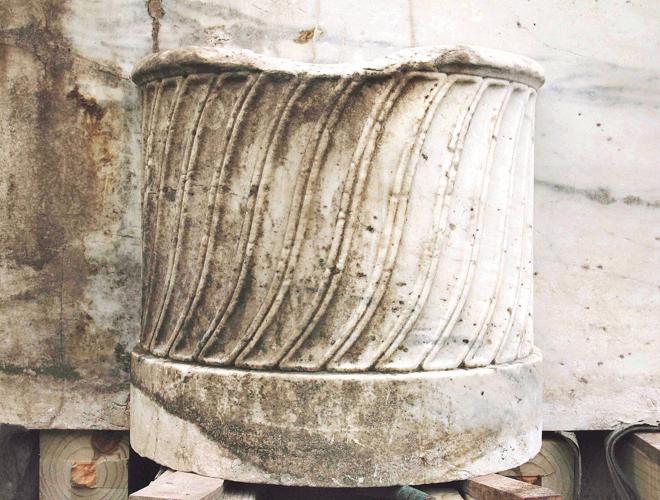 Before the cleaning and repair, the bowl on the back of fountain showed a badly damaged rim. 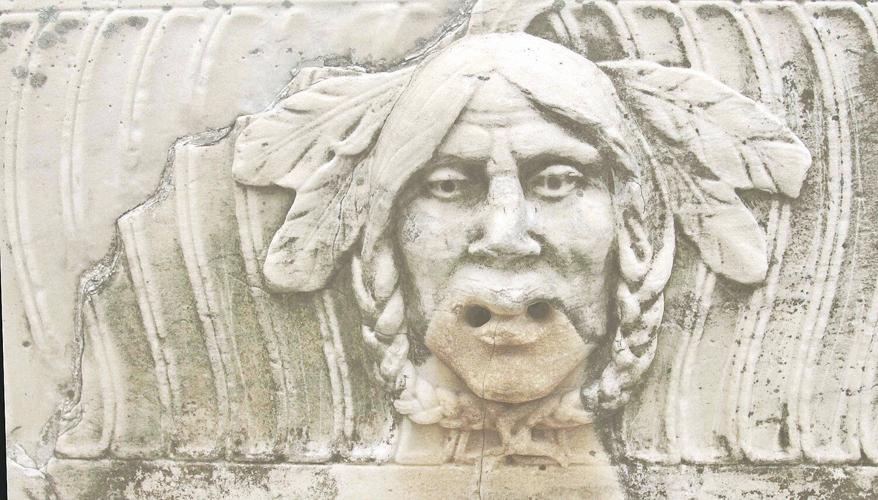 Before restoration, the face of Chief Konkapot shows a serious crack at a shallow angle behind the eye and cheek. 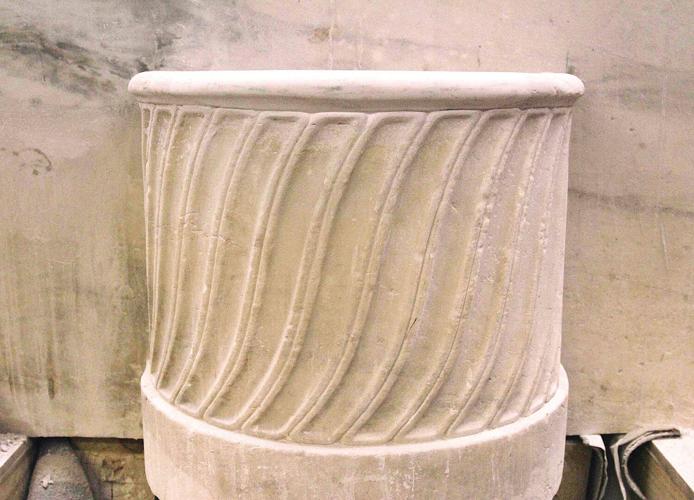 The bowl's rim was repaired with matching marble from the same quarry as the original monument.

Fourteen invisible fiberglass pins now stabilize the face of Chief Konkapot as part of the cleaning and restoration of the Kilbon Memorial Fountain.

Before the cleaning and repair, the bowl on the back of fountain showed a badly damaged rim.

Before restoration, the face of Chief Konkapot shows a serious crack at a shallow angle behind the eye and cheek.

The bowl's rim was repaired with matching marble from the same quarry as the original monument.

The Fountain Restoration Committee has chosen May 25 to rededicate the Kilbon Memorial Fountain in the park that fronts the First Congregational Church. The committee has yet to set a time for the ceremony.

Meanwhile, the committee has determined that an additional $5,000 must be raised to complete the restoration, surround it with eye-catching landscaping and build a reserve for future maintenance.

"We don't want the fountain to deteriorate like it has ever again," committee Chairman Garth Story said.

The nonprofit group now has upped its goal to $50,000, the second time that the fundraising mark has increased because of higher-than-anticipated restoration expenses since the campaign began nearly a year ago. The committee is under the auspices of Berkshire Gateway Preservation Inc. in Lee, in collaboration with the Lee Chamber of Commerce, Lee Historical Society, Lee Historical Commission and town officials.

After a reassessment of the fountain's condition in August, the committee bumped the original goal from $35,000 to $40,000, only to surpass that figure this winter. The latest fundraising tally stands at $45,000, thanks to hundreds of individuals, businesses and interested organization.

"I was surprised by the fact that we have had about 375 donors to date," Story said.

In midsummer last year, the fragile fountain was moved from the church park to Tower Stone in Richmond, where Verne Tower has spent countless hours — and still counting — restoring the Daniel Chester French-designed marble landmark crafted in 1899 by Lee native sculptor Dante Baccolini. French is the American sculptor best known for the statue of Abraham Lincoln at the Lincoln Memorial in Washington.

"I was holding my breath when the fountain was loaded onto the truck. You never know what will happen," said committee member Phil Smith, former executive director for the Lee Chamber of Commerce.

Smith was right to be concerned. Tower's meticulous work found that the internal plumbing was poorly repaired about 70 years ago for the once-operational fountain, accelerating the natural decay from the New England weather.

"It slowly sinks in as you watch Tower at work. He has so much knowledge," said Bill Mathews, who is is documenting the restoration by taking photographs and shooting video.

According to the restoration committee, the internally damaged marble was replaced with durable fill and less-corrosive plumbing fixtures. Restoration of the exterior damage involves shoring up the carved likeness of Konkapot and matching of marble patterns on cracked areas.

The front of the fountain is a horse trough with the carved face of Konkapot, the leader of the Stockbridge Indians, a Mohican tribe from New York that settled in the area. The tribe sold land to English settlers in 1772. Five years later, it was incorporated as a town.

A bubbler in the shape of a dolphin on the backside provided drinking water for people; any overflow from the bubbler collected in basins for thirsty dogs. The restoration entails re-creating the dog basins, building a new base, sealing the cracks, mitigating the erosion and getting water to again flow through the bubbler.

Story said that, to reduce future erosion, the bubbler will have limited use and the fountain will be covered during the winter months.

The fountain was dedicated in 1899, in memory of Amelia Jeannette Kilbon. She spearheaded the project two years earlier, on behalf of the Woman's Christian Temperance Union. She died before the project was completed.

The Temperance Movement of the late 1800s advocated abstinence from alcohol and saw providing free fresh water as furthering its cause, local historians said. In addition, the fountains served horses and dogs in an effort to promote animal welfare.

Led by Smith, several committee members are working on a rededication booklet to include at least a summary of all the fountain's history.