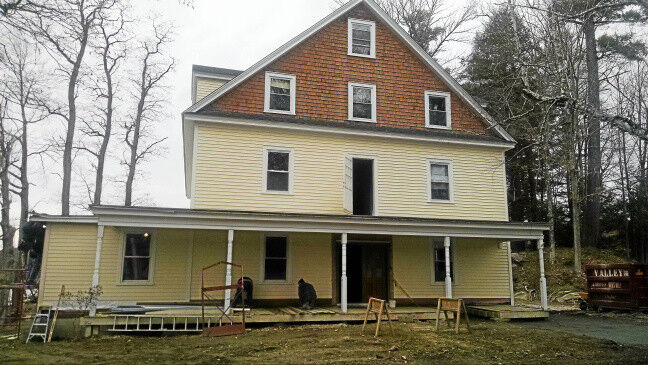 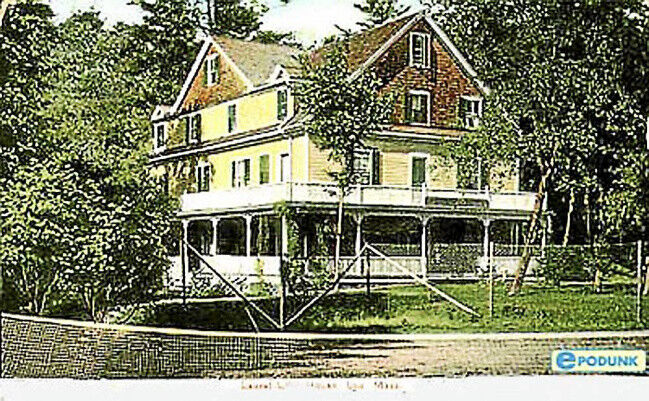 Postcard image of the Laurel Lake House , now the Lakehouse Inn, from the early 20th century. 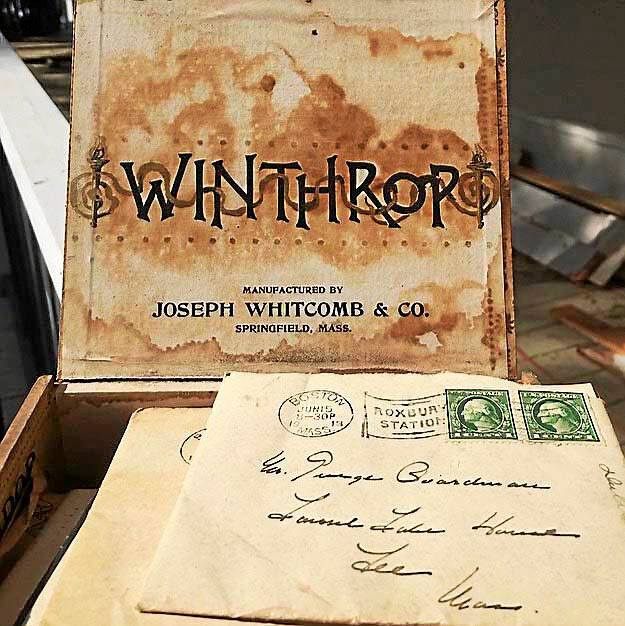 Envelope from a letter of reservation addressed to George Boardman. The letters were found in the attic during the renovation.

Postcard image of the Laurel Lake House , now the Lakehouse Inn, from the early 20th century.

Envelope from a letter of reservation addressed to George Boardman. The letters were found in the attic during the renovation.

Editor's note: This article was modified on Dec. 28, 2015, to reflect that charges against Thomas Fusco and Tara Viola were dismissed in November.

LEE — A Pittsfield couple hopes a historic past will create a new beginning for the landmark Inn at Laurel Lake.

Maggie Barry and Cody Gavin have renamed the inn to the LakeHouse Inn and uncovered the original facade when it debuted as the Laurel Lake House more than a century ago. The name change and restored exterior are part of the new owners ongoing $1.2 million renovation and preservation of the tourist stop along Route 20 near the Lee/Lenox line. The price tag includes the $585,000 the young entrepreneurs paid for the property nine months ago,

Barry and Gavin expect the project, financed by the Pittsfield Cooperative Bank, will be completed by early spring, with the inn ready to accept Berkshire visitors in late April or early May.

The recent unseasonably mild, dry weather — a curse for winter enthusiasts — has been a blessing for the innkeepers timetable.

"We were still painting outside," Barry said.

The restoration started with the removal of modern day siding that covered up the original wooden clapboards," surprisingly well protected," according to Barry.

Gavin said the heavy lifting came when the three-story structure had to be jacked up — as much as six inches in some places — and reenforced in order to make the inn level.

The couple were well-aware of the necessary structural improvements before they bought the 115-year-old inn.

"We were lucky, because my dad (Bill Barry) is an engineer so we knew what we were getting into," Maggie Barry said.

The couple in their mid-20s may be newcomers to the lodging industry, but they have a hospitality background, albeit in local restaurants. Barry managed Mazzeo's Ristorante for five years and Gavin helped run Mazcot's Sports Bar & Grill for two years, before both left those positions to undertake the rebirth of the inn.

Barry and Gavin are the fifth owners of The Inn at Laurel Lake since it was built by the Boardman family at the turn of the 19th century.

Known as Laurel Lake House when it opened in 1900, the inn reached its heyday after World War II when the inn attracted the Tanglewood crowd, the summer home of the Boston Symphony Orchestra.

TD Bank took over the inn from Thomas Fusco and Tara Viola after the financial institution failed last fall to sell it at an open auction. The couple originally listed the property for sale for just less than $1 million in November 2013, more than a year after their initial court case in which they were accused of offering sex for sale at the inn. Charges against the couple were dismissed in November 2015.

George Boardman began construction on the lodging house on land his father bought in 1881 that was associated with a block ice business next door, what is now the Cork 'N Hearth Restaurant, according to local archives at the Lee Library.

Barry and Gavin got a glimpse into those early days when they found several letters sent to Board in 1913 seeking reservations that year.

"They were from people coming here from the same places they do today, Boston and New York," Gavin said.

The new owners plan to display the letters and other artifacts linking the 16-room guest house to its roots at the inn.

Upon Boardman's death in 1930, his relatives maintained control of the inn until Arthur Davis bought in 1944, only to sell it three years later to Bernard Morris, a native of England.

Morris, with help from his wife, ran the inn for nearly 50 years, expanding the first floor, installing a clay surface tennis court and removing many original exterior features of the Queen Anne-style architecture, characteristic of several private homes that still exist along Laurel Street (Route 20).

Under Morris' management, the inn drew plenty of summer visitors, many to hear BSO concerts and enjoy the lake.

In 1996, Morris sold the inn to Fusco, who added a deck that overlooks the private beach and rescinded the "no children" policy Morris had instituted when he bought the place.

The rear of the property overlooks the entire Laurel Lake, providing lodgers with breathtaking views year-round.