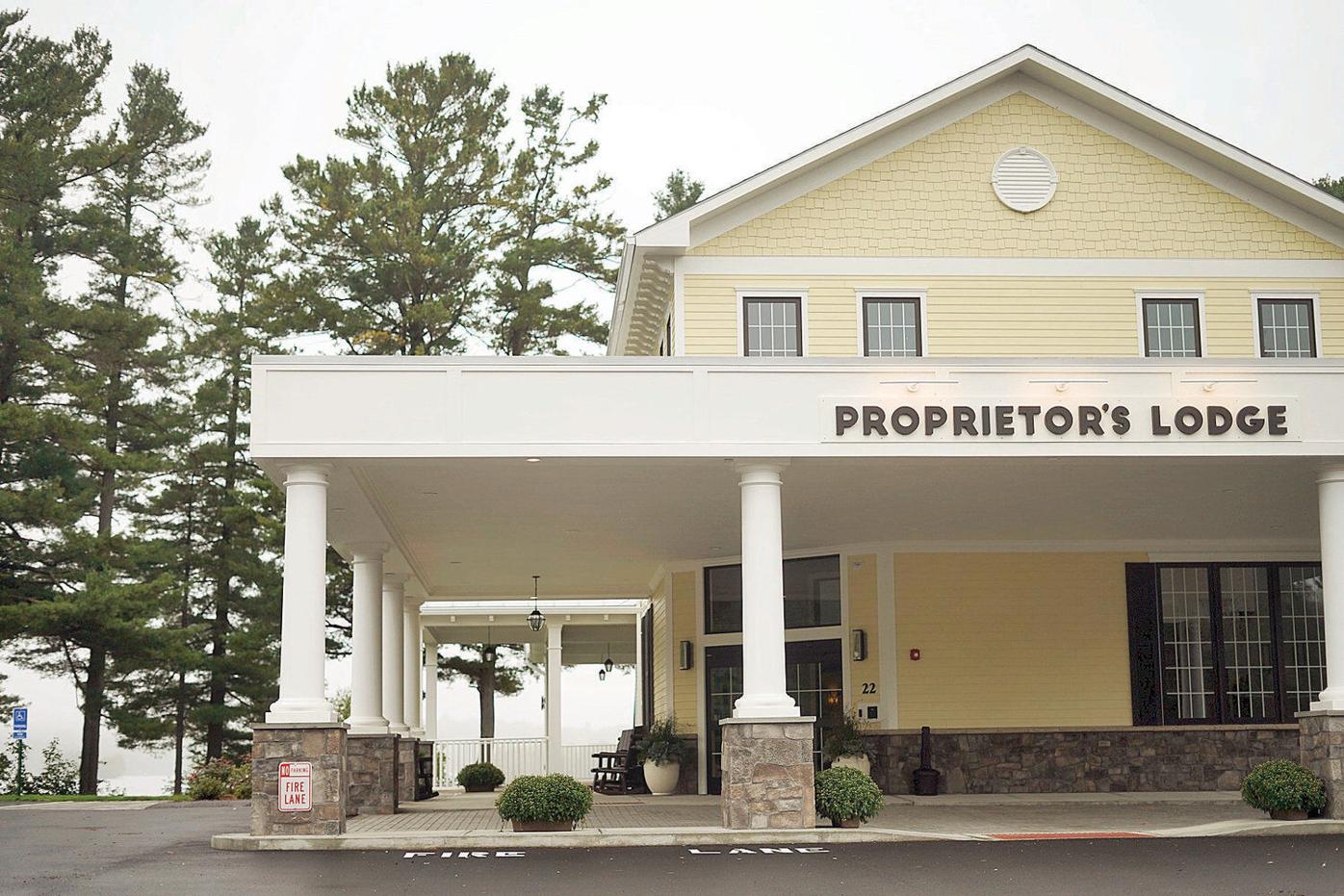 The Proprietor's Lodge, located at 22 Waubeek Road in Pittsfield, is owned by Eric Taylor of Peru. The property was formerly the ITAM Lodge. 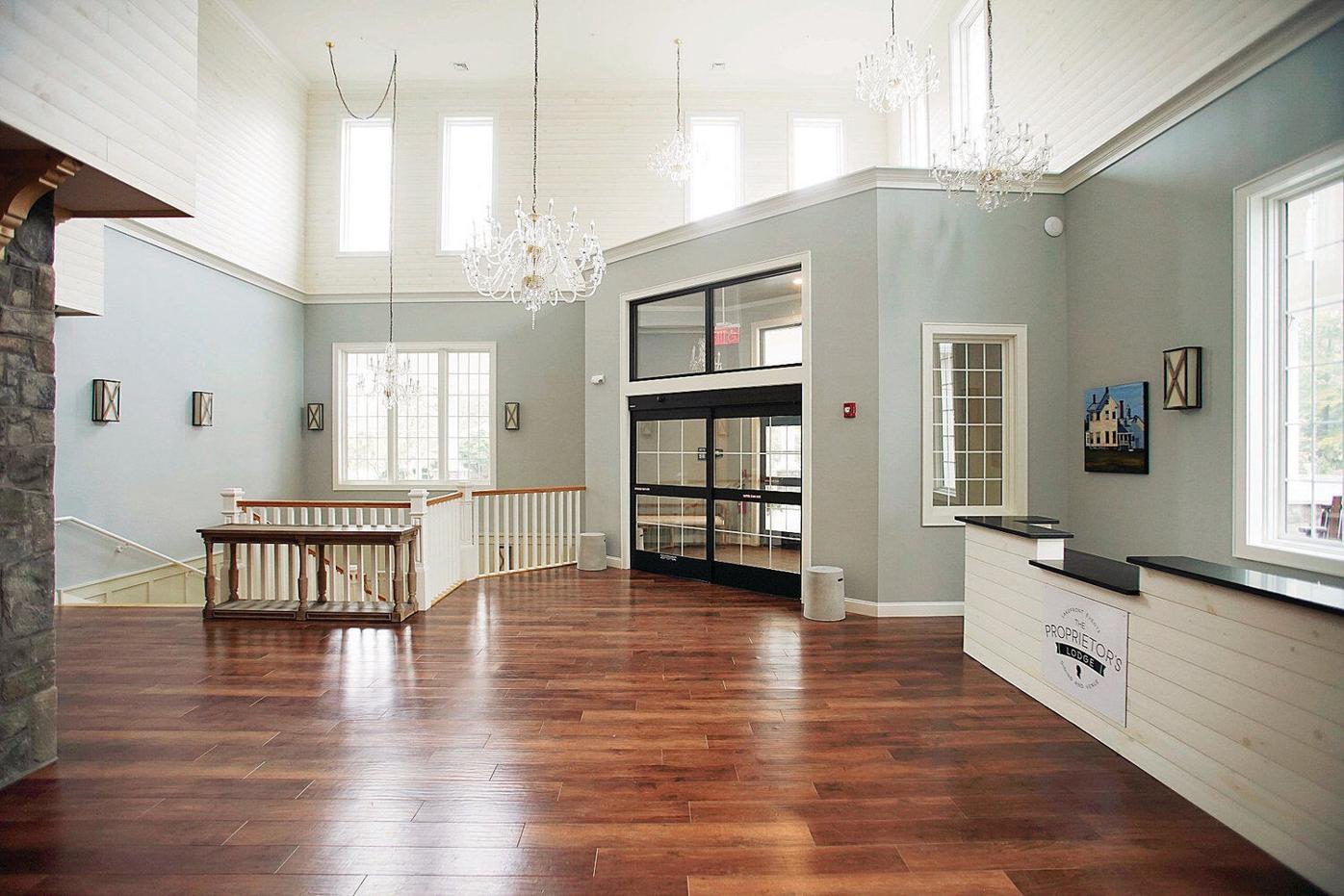 The entrance to the Proprietor's Lodge is a new addition to the building.

The Proprietor's Lodge, located at 22 Waubeek Road in Pittsfield, will soon have a lakeside restaurant open to the public.

The Proprietor's Lodge, located at 22 Waubeek Road in Pittsfield, is owned by Eric Taylor of Peru. The property was formerly the ITAM Lodge.

The entrance to the Proprietor's Lodge is a new addition to the building.

The Proprietor's Lodge, located at 22 Waubeek Road in Pittsfield, will soon have a lakeside restaurant open to the public.

PITTSFIELD — The first phase of renovations is complete at the former ITAM property on Pontoosuc Lake, and more changes are on the way — including the opening of a new 150-seat lakeside restaurant.

The path forward was recently cleared for the business when neighbors, concerned with proposed development so close to the lake, dropped their environmental appeal of the city's approvals for the project.

The Proprietor's Lodge opened in September as a wedding/catering hall after several months of renovations to the interior and exterior.

Now, owner Eric Taylor is looking ahead to the opening later this month of a public restaurant, which will carry the same name. The restaurant will feature classic American fare prepared by two former chefs from Cranwell Spa & Golf Resort in Lenox.

Taylor purchased the Waubeek Road property from the ITAM Lodge in January for $1.15 million. His plans, which include tree removal and construction within the shoreside buffer zone, drew opposition from neighbors and environmental advocates.

That appeal was dropped Aug. 7, and Taylor plans to begin constructing a ceremonial lakeside wedding platform in November.

He said he's waiting on furniture for the restaurant and then he'll be able to set a firm opening date. The upstairs area of the establishment will be a banquet area, he said, and the restaurant will be downstairs.

As an homage to local history, Taylor chose the name Proprietor's Lodge based on an early settlement near the lake: 60 lots incorporated in 1753 as "the proprietors of the settling-lots in the Township of Poontoosuck."

The building was constructed in 1973 and served as the home for ITAM Lodge until the group put the property on the market last year in the face of aging membership. For years, the lodge was a popular lakeside venue for weddings, meetings and other events.

John Barry, who spearheaded the appeal to the state Department of Environmental Protection, said that although he and other appellants dropped the action, he still feels strongly that the city should have a wetlands bylaw protecting natural resources from developments that inch too close to the shore.

Barry said he and the group working with him wanted simply to prevent the impending removal of three towering pines and bring the development back from the shoreline. He said he took the appeal as far as it could go without hiring an expert to provide testimony.

Jane Winn, executive director of the Berkshire Environmental Action Team, said she was disappointed to see the appeal dropped. Though the Conservation Commission has an unwritten rule about keeping property development at least 35 feet from the shore, "because it's not a bylaw it's not enforceable."

"And they obviously don't always stick to it," she said.

The city's Conservation Agent Rob Van Der Kar said the city might consider codifying their general practice, but he sees no pressing need to do so.

"The rules right now, as they are, are very effective and powerful," he said.

Despite his concern about Taylor's project, Barry acknowledged "the guy's doing a great job."

Taylor, who also owns the Lake House Guest Cottages of the Berkshires across the lake, said he aims to link the two lakeside businesses.

The restaurant will be open for dinner service Monday through Saturday, and on Sundays for brunch.

Once he resumes construction next month, Taylor said, he won't stop until it's done.

"We'll work through the winter," he said.

After a three-year wait, a key element of a lakeside Pittsfield business plan falls into place.