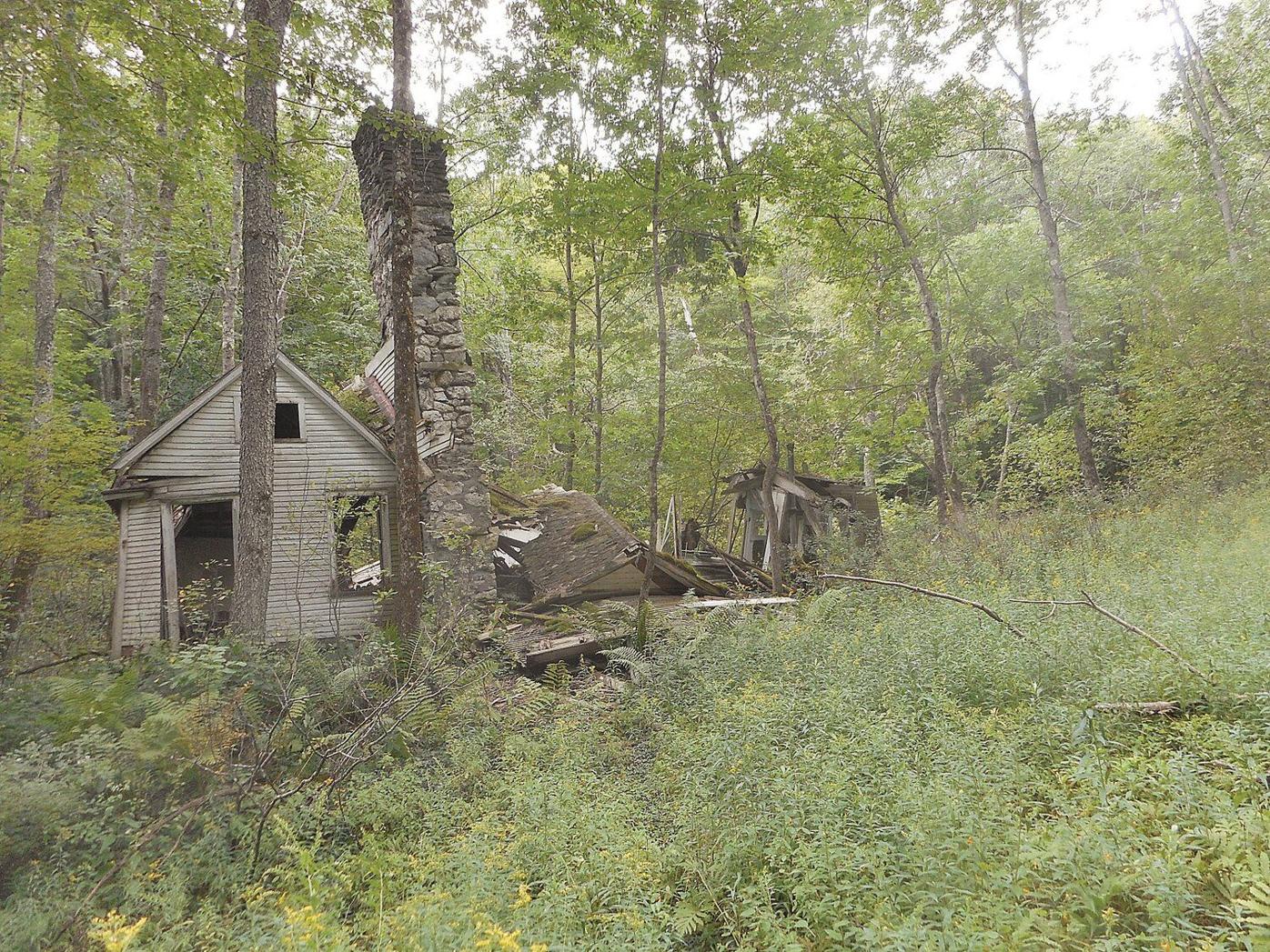 The Tenney house molders like the road it faces. 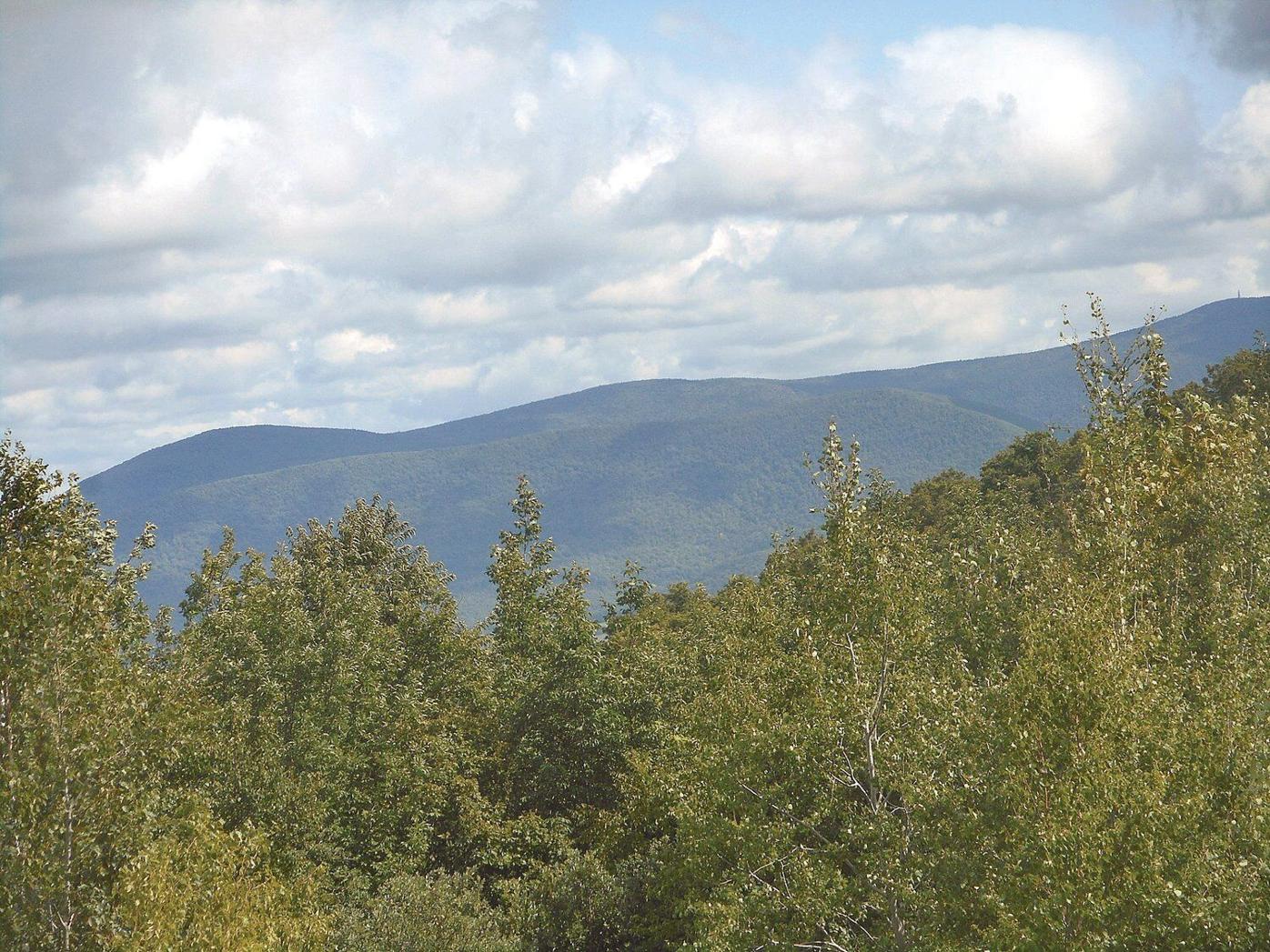 A view of the Greylock Range from Petersburg Pass parking. 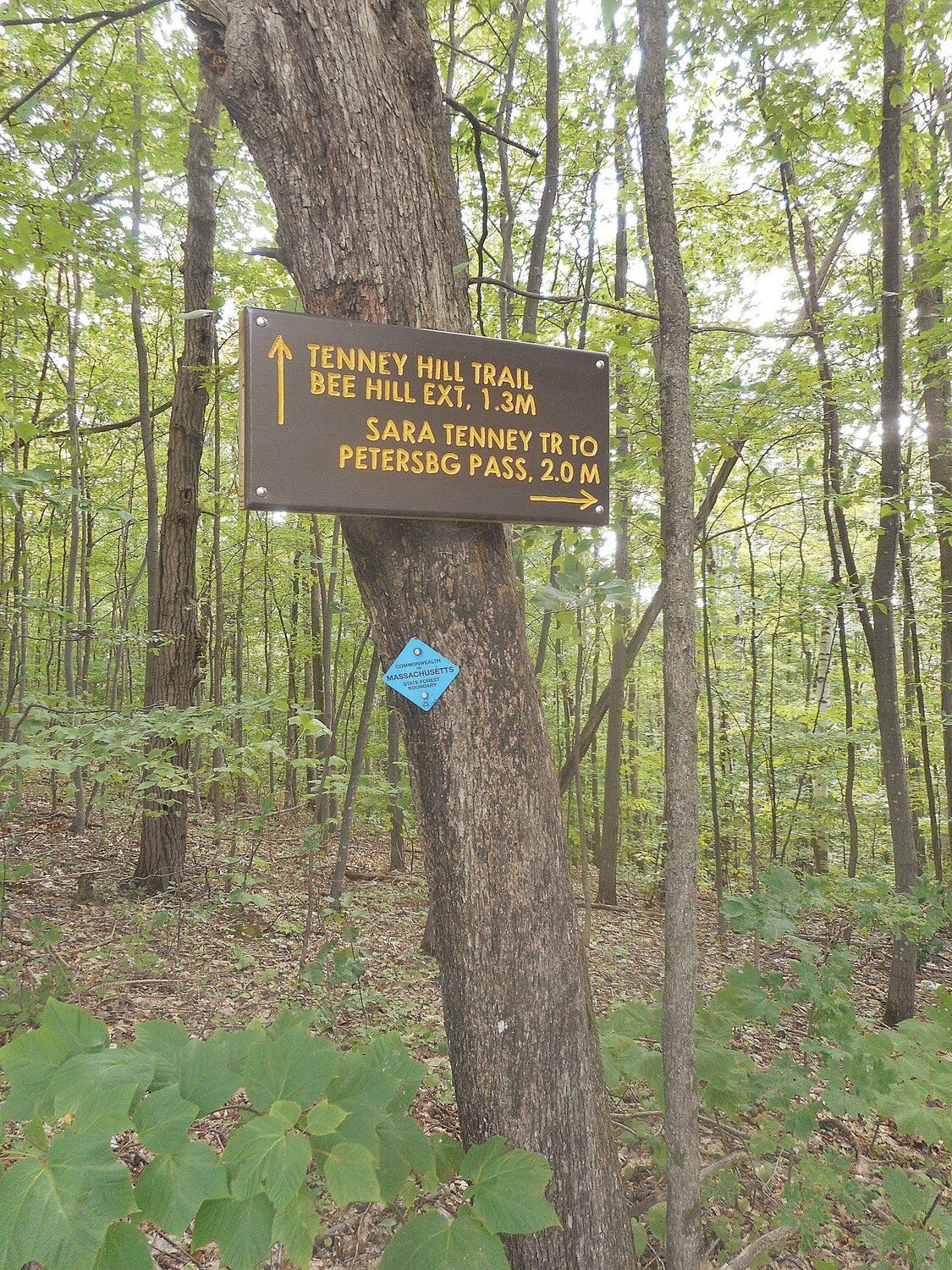 Most intersections on the Sara Tenney Trail, like the trailhead, are well-marked.

The Tenney house molders like the road it faces.

A view of the Greylock Range from Petersburg Pass parking.

Most intersections on the Sara Tenney Trail, like the trailhead, are well-marked.

Sanford Tenney (1827-1877) graduated from Amherst College, studied with Louis Agassiz at Harvard and was appointed Vassar College's first natural history professor, in 1865, subject to his affirmation that he did not subscribe to Darwinism. Fortunately, Tenney, whose first book on geology was published the same year as Darwin's "Origin of the Species," in 1859, was an avowed creationist. Williams College hired him away from Vassar in 1868. The Tenney house now stands, barely, on the old road to Petersburg Pass, near a two-mile hiking trail that bears the family's name.

Tenney was a popular teacher both at Vassar and at Williams. A well-esteemed writer, he published "The Natural History of Animals" in 1866. With his wife, he aimed to popularize natural science. He died in Colorado on his way to a field trip with his Williams students.

The old road west from Williamstown followed Hemlock Brook through Torrey Woods and up to what became a ski area at Petersburg Pass but is now the Taconic Ridge State Forest. The surveyors for Taconic Trail state highway selected a different route, farther up the hillside, drier than the road the Tenney house fronted. The new Route 2 was completed in 1929.

Still, Sanford Tenney's descendants continued using the house seasonally in its picturesque setting by the brook until the 1950s, when the town said it could no longer maintain a road that, after a storm, resembled more the brook than a highway. Much of Taconic Trail State Park, which borders the highway, was Tenney land, purchased by the state to maintain the scenic beauty of the highway.

Coming north on Route 7, follow Route 2 west where it splits off across from the A-Frame Bakery in Williamstown. Park in the first pullover on the left (south) side. The site is across from the gate to the state park. The trailhead is at the lower end of the guardrails, where the Tenney Hill Trail takes off as well. You take the Sara Tenney Trail, named for the most recent member of the family, down the slope (note that the Sara Tenney Trail, blazed blue, continues on the other side of Route 2 to Flora Glen).

You have the choice to detour on an alternative ski trail, not as steep. At the bottom you turn right on a woods track, sometimes called Treadwell Hollow Road, that borders the north branch of Hemlock Brook.

You cross the brook on an old boiler repurposed as a culvert. The Williamstown Trail Coordinator and his crew have been improving the treadway by short detours and ditching. The Turnpike Trail enters from the left. At an intersection further on, well-marked like all the rest, straight ahead on the old road would take you over and under numerous blowdowns to the Tenney house. Bear left over a large waterbar to continue on a series of woods roads towards Petersburg Pass. Eventually the route picks up a former, and now again-maintained ski trail (note partially buried cable) that delivers you to the Petersburg Pass Scenic Area parking (2,073 feet). Views are good both west and east.

Check where you come out in order to find the spot for your return, for a 4-mile out-and-back. The uppermost section of the trail is not marked as thoroughly as the rest, although a sign indicates that volunteers are interested in reclaiming skiing there.

Many loops are possible, two being most obvious. Both would add a couple miles. You could cross the highway and continue north on the Taconic Crest Trail to the Shepard's Well Trail, right. That runs about a mile downhill, before coming onto the RRR Brooks Trail that brings you back to the Taconic Trail State Park gate across from your parking area.

Alternately you could take the Taconic Crest Trail south to Berlin Pass Trail, left, which you follow 0.8 miles to the parking area at the old Williams College Ski Area. Continue down the road to the Turnpike Trail, left, that leads you for mile over to the Sara Tenney Trail, where you turn right and ascend to your parking area.

Consider Sanford Tenney, who acquainted many people with the wonders of the natural world, all the while believing in the biblical story of creation. His science may have been out-of-date, but his enthusiasm worked. Happy trails to you.