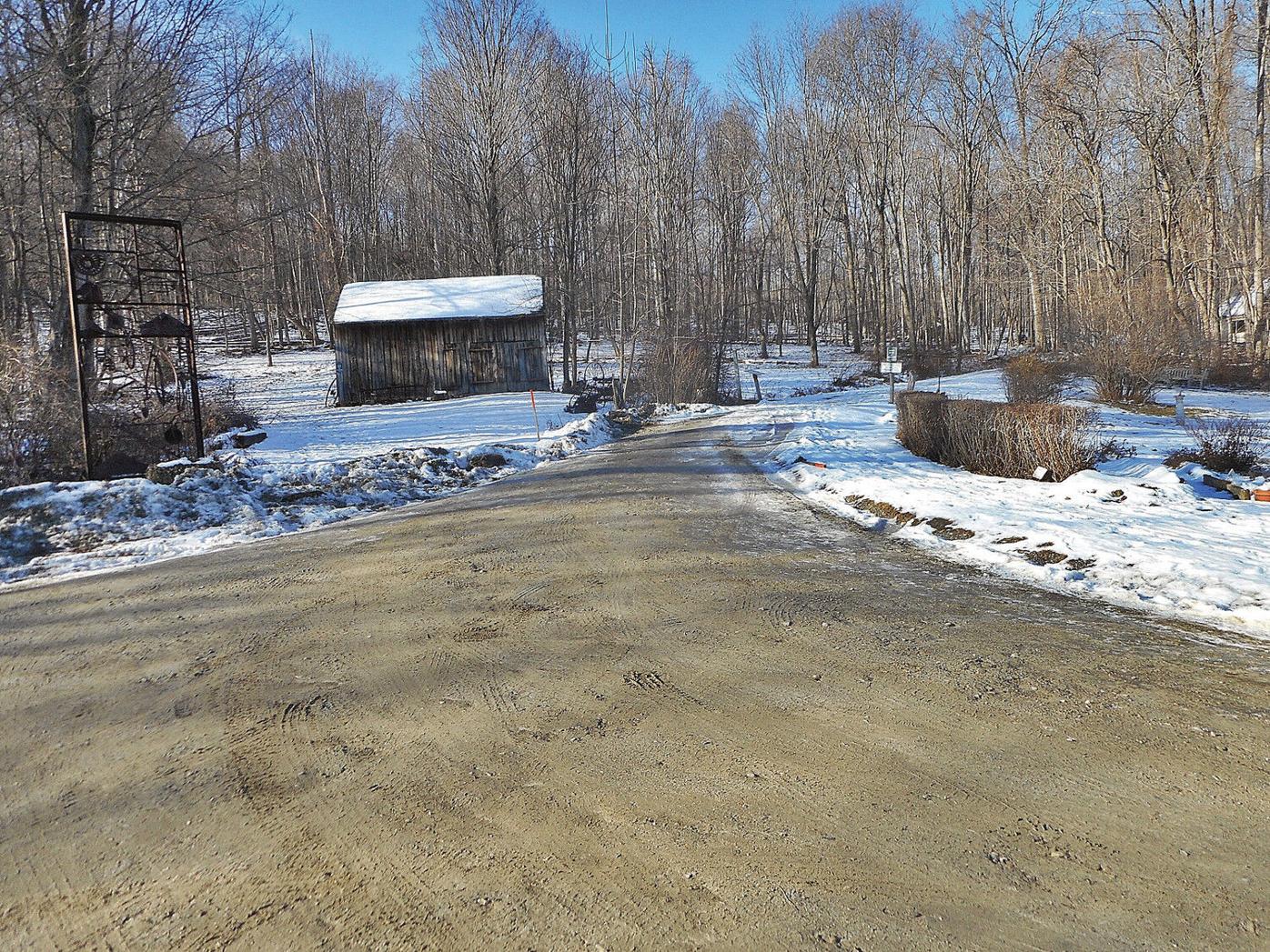 Hopkins Forest is open for winter hiking, especially when the snow is too thin for skiing. 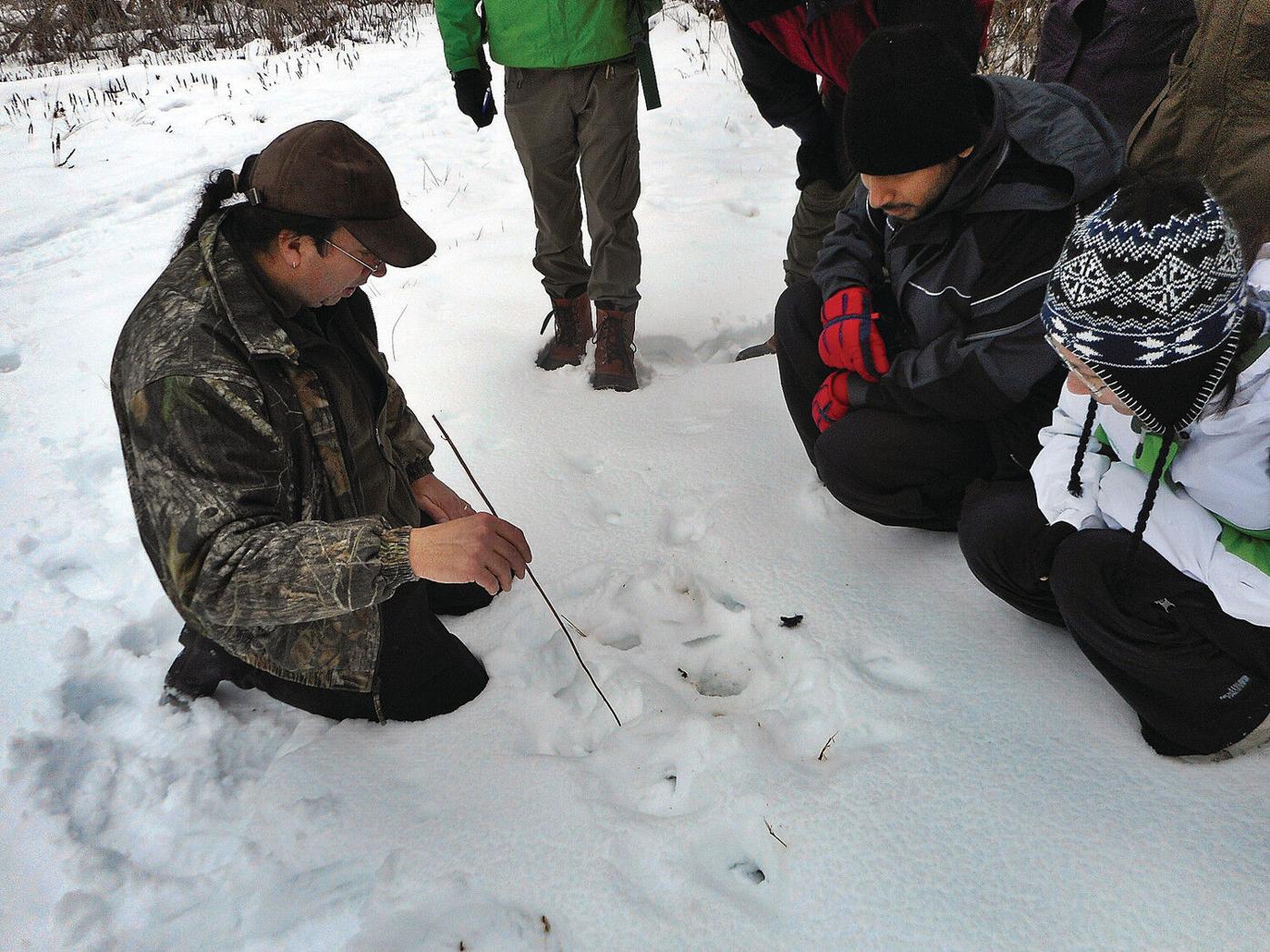 Hopkins Forest is open for winter hiking, especially when the snow is too thin for skiing.

Walking can, of course, be an end in itself, whatever the season; but walking in the winter offers discoveries, among them, the secret lives of wildlife. That is, usually secret to us. One of those who can read those stories is tracker Dan Yacobellis, of Grafton, N.Y.

That he was raised a city kid, in Queens, with occasional visits to a hunting camp in upstate New York with his father didn't get in the way of his efforts to become close to nature. He furthered that effort with a two-year stay with western Indians in the 1990s, followed by an additional year nearby. He now serves as caretaker for wild land belonging to a school in Albany and teaches its at-risk students (and others) wilderness skills, from matchless fire-making to following the signs of animals. He noted that the students from tough sections of Albany were highly observant — they had to be. Yacobellis teaches through his Tamakoce Wilderness Programs. Tamakoce is an Apache word for land, according to the Internet.

He's taught tracking as a Winter Study project at Williams College for several years. Recently he met with a dozen students and townies at the college's Hopkins Forest for a couple hours. Following a chalk talk in which he described different footprint shapes and different patterns of prints, we stepped outside the Rosenburg Center and onto a field of snow.

We were face-to-face with several bird feeders and, a likely accompaniment, numerous squirrel tracks. Yacobellis demonstrated with his body how the squirrels and other animals created their pattern of prints. A small, dark creature busily devouring spilled birdseed captured our attention. Yacobellis observed that this brazen vole must be young and inexperienced, gambling his life in daylight and open country to stock up on calories.

"Still, if his gamble works, he comes out way ahead," Yacobellis noted.

Then we followed two fox trails, one with larger paws than the other, red fox, grey fox. We sniffed the end of a log on which one had left his mark. The tracks seemed to mingle, although perhaps at different times, and then led down a slope to a section of disturbed snow, with scattered, tiny body parts. Indeed, an unwary vole had met its predator. We identified numerous deer tracks, discussing how deer and other animals set their 24-hour clocks by changing rounds of favorite stops. We hoped to follow up on the fox story when we found, alas, that snowshoers with a dog had obliterated the tracks farther on. We settled for identifying dog tracks.

Tracks might be seen in mud or even, fleetingly, as wet footprints at other times of the year, but it is convenient to have a white board on which creatures write their stories — for those who know how to read them. So, by all means, get out. The 2,600-acre Hopkins Memorial Forest was Amos Lawrence Hopkins' 19th century private preserve, ceded to Williams College by his widow — which turned it over to the U.S. Forest Service as an experimental forest. The Forest Service pulled up roots in 1968 and now faculty and students maintain the USFS research plots.

The trail system is open to the public, although walkers might want to defer to skiers when there is sufficient snow. Of the two main trails, the Lower Loop extends 1.5 miles, with explanatory signs about the forest ecosystem — a more literal way of reading the landscape. The Upper Loop Trail, which includes the Lower, totals 2.6 miles. Parking is at a small lot just off Northwest Hill Road, near its junction with Bulkley Street in Williamstown. Please do not drive past the lot. Walk, hike, observe.

Happy Trails to you.