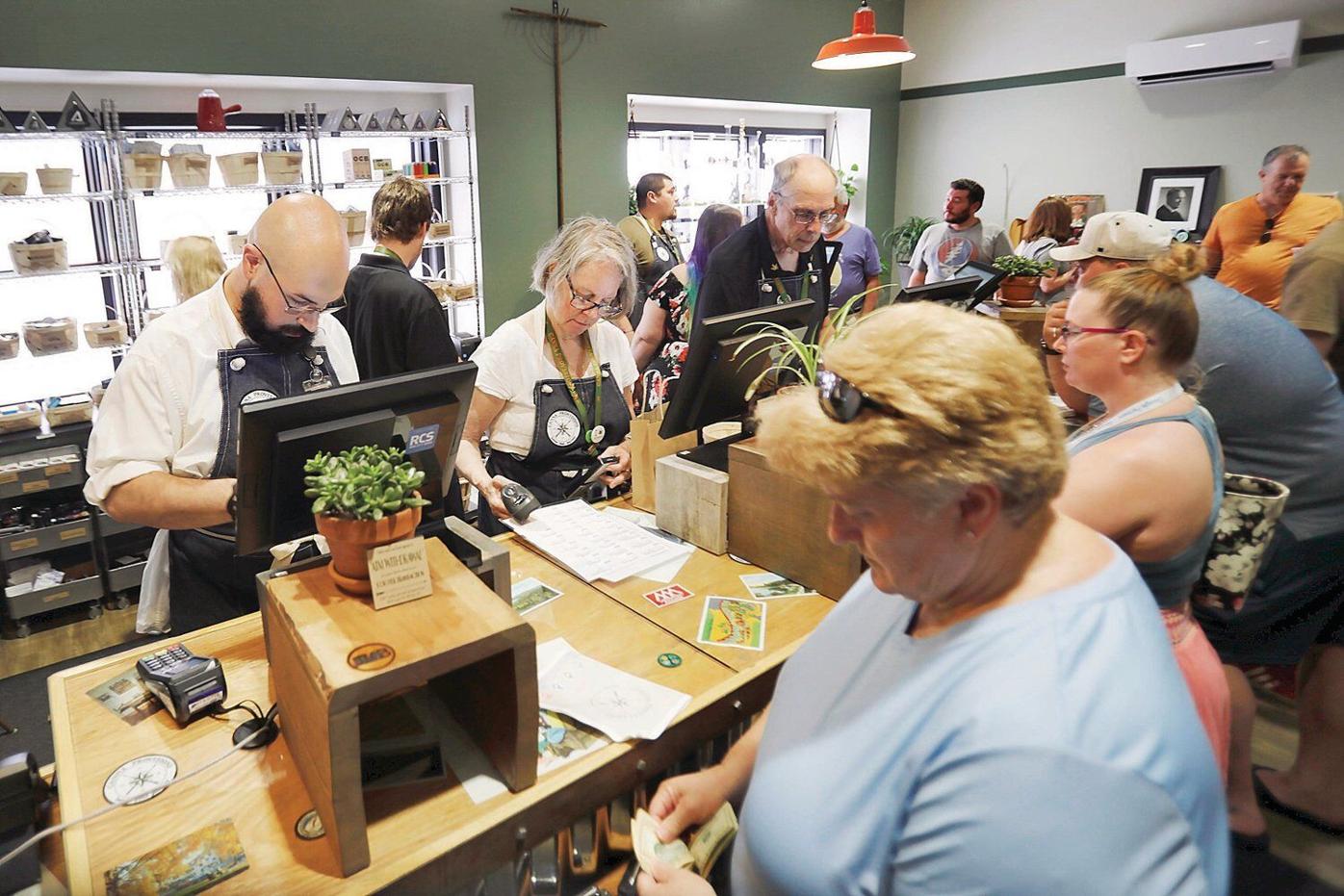 Business is still good for Canna Provisions in Lee, seen here during its opening day last year. In a quarterly update, CEO Erik Williams told the Lee Select Board that the recreational marijuana shop is averaging 700 customers daily. 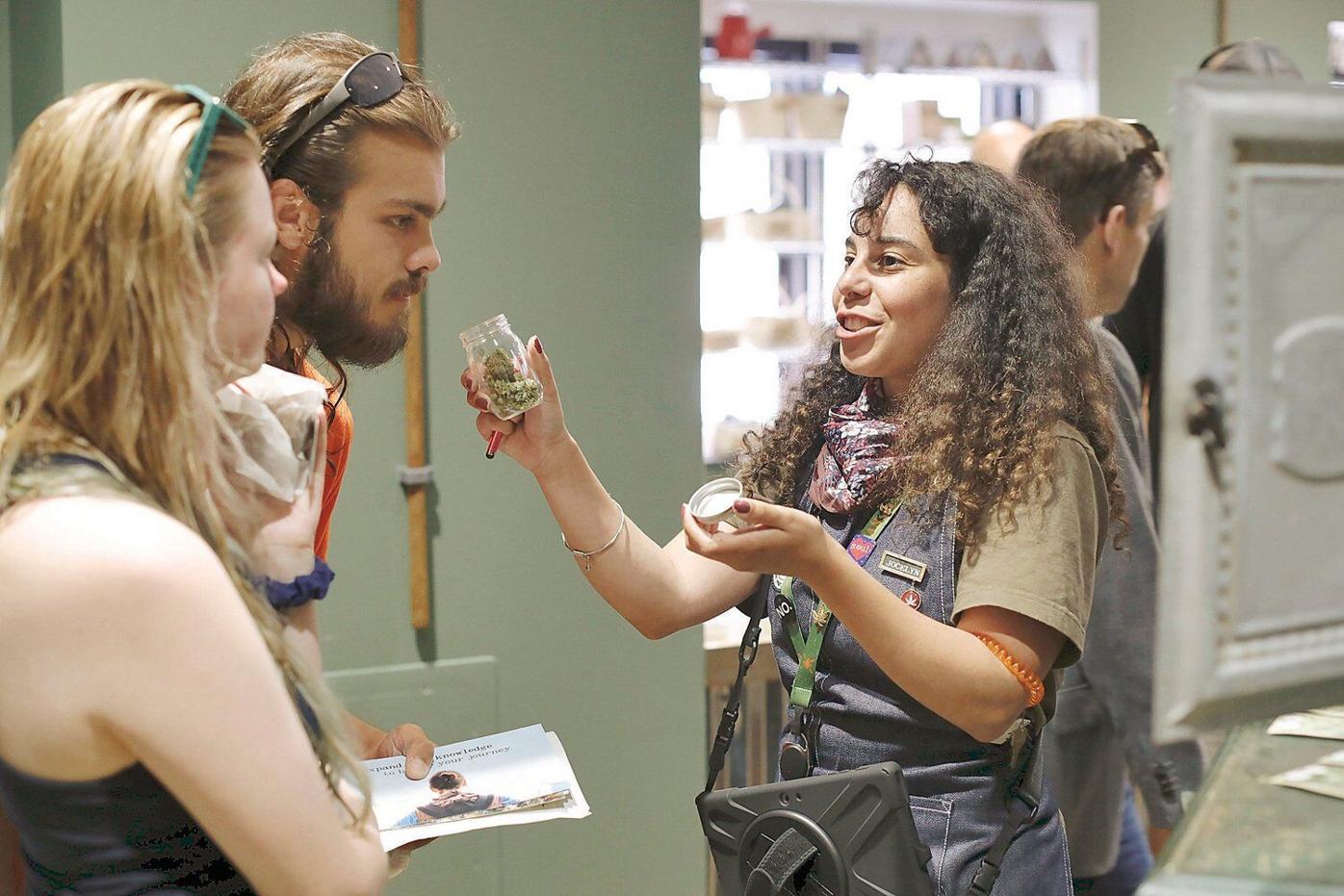 Business is still good for Canna Provisions in Lee, seen here during its opening day last year. In a quarterly update, CEO Erik Williams told the Lee Select Board that the recreational marijuana shop is averaging 700 customers daily.

Canna Provisions' low impact on the Housatonic Street area just off Exit 2 of the Massachusetts Turnpike means the owners can focus on growth and less on crowd and traffic control, according to Erik Williams, the company's chief operating officer.

"Of the three overflow parking lots, we've kept only one and that's for our employees," he said. "We also do an awful lot of preorders that has kept down the wait time."

During a quarterly update on Tuesday night, Williams told the Lee Select Board that Canna Provisions is averaging 700 customers daily, with a goal of handling 1,000 each day thanks, in part, due to advanced sales.

"Preorders account for 50 percent of our business, which helps with our [customer] flow," he said.

Once customers arrive, Canna officials have said they'll find the shop is unlike others where customers order from a counter and are checked out by the same person. Canna has an almost assembly line style as a different staff member handles each step with customers.

Canna Provisions opened July 5, on a former used car dealership lot a few hundred yards from the Massachusetts Turnpike. While there was a steady stream of customers, a feared traffic nightmare on Housatonic Street never materialized on the extended holiday weekend. Traffic continued to be a nonissue over the the first two months, allowing Canna to reduce its need for off-duty police to handle vehicles/entering and exiting the site, Williams said.

"One of my concerns on this was the traffic and your professionalism to work with us was [terrific]," said Select Board Chairman Thomas Wickham

Canna's efficiency has proven a financial boon for the company and the town, company officials said last fall.

The recreational marijuana store grossed $3.4 million in its first three months of operation, a take that led its owners to revise their 12-month revenue estimates, from $9 million to $15 million. On Tuesday, Williams indicated the figure could go higher after another six months.

The early financial success led Canna to cut Lee a check of nearly $110,000 for the state-mandated Community Impact Fee, which is 3 percent of the sales from July 5 through Oct. 5. In addition, the municipality gets more than $28,000 in local sales tax revenue based on July and August sales.

Williams told The Eagle the next financial report, as required by law, will be after the initial 12 months of operation.

Meanwhile, Canna awaits state approval for a licenses to build and operate a 20,000-square-foot indoor greenhouse within the Quarry Hill Business Park on Route 102, not far from the MassPike. The 33,000-square-foot facility would include space for drying, curing, storing and packaging marijuana products, along with office space.

Mother voices: A chorus of mothers voicing how cannabis and wellness is worth talking about

Sure, Mother’s Day has come and gone.