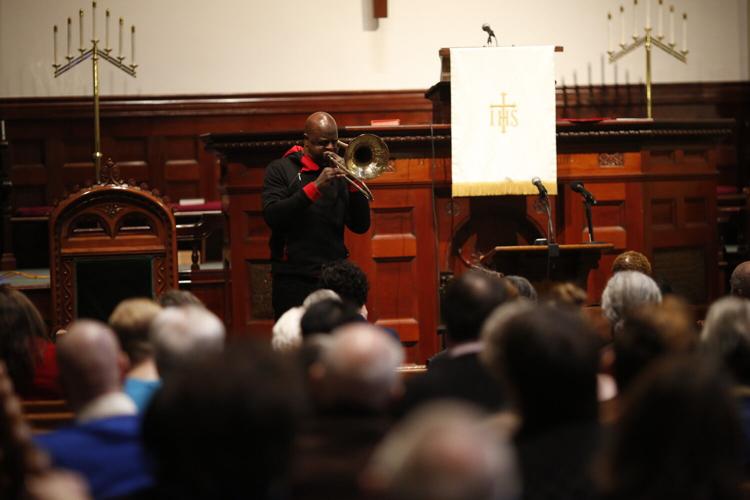 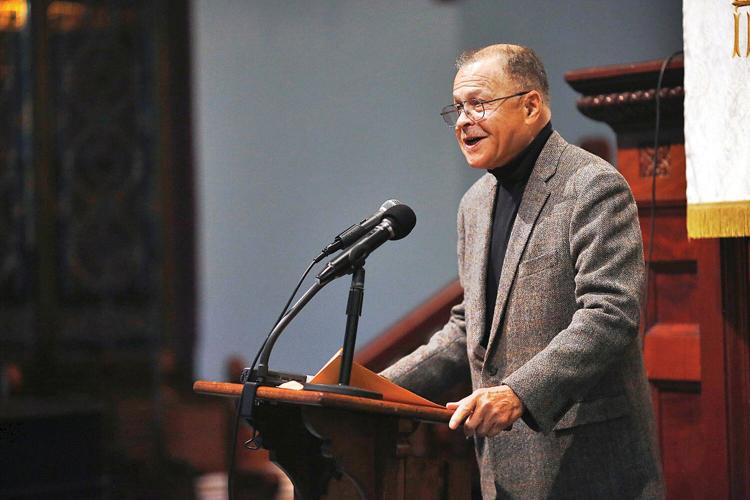 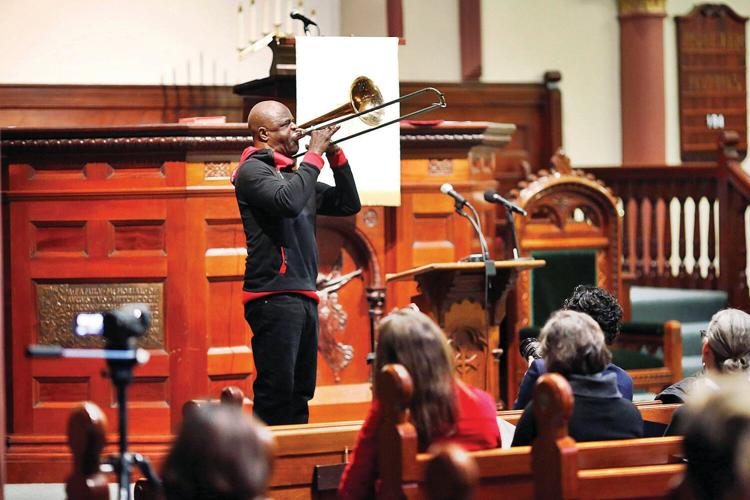 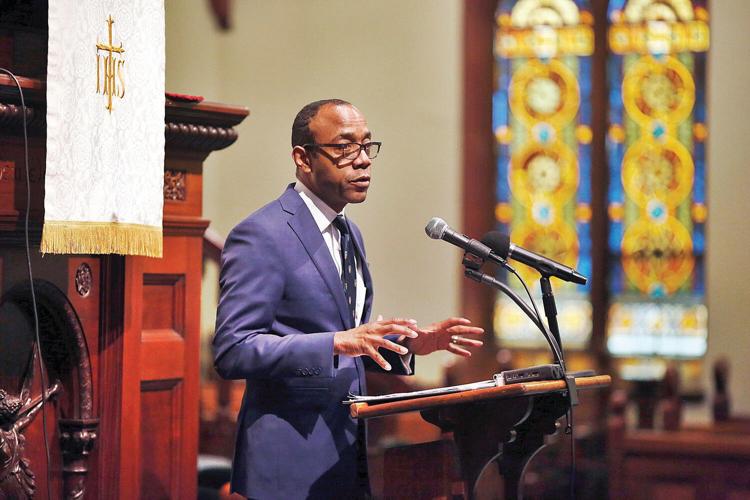 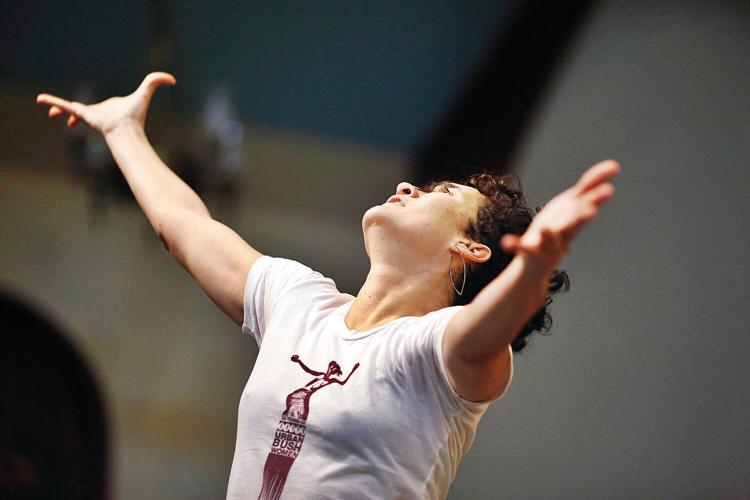 Dancer Paloma McGregor performs a dance titled Give Your Hands to Struggle at a celebration of W.E.B. Du Bois' 150th birthday at the First Congregational Church in Great Barrington on Friday, February 23, 2018.

Dancer Paloma McGregor performs a dance titled Give Your Hands to Struggle at a celebration of W.E.B. Du Bois' 150th birthday at the First Congregational Church in Great Barrington on Friday, February 23, 2018.

GREAT BARRINGTON — Native son W.E.B. Du Bois, or Willy as he was known locally, finally came home Friday after a long time away.

The day's events marked the culmination of months of community celebrations, film screenings, educational lectures, and art marking W.E.B. Du Bois' 150th birthday, which would have fallen on Feb. 23.

But Great Barrington didn't always embrace their most globally influential resident this warmly.

The dedication ceremony for Du Bois' homesite 50 years ago, for example, was attended by fans as well as police in riot gear and a helicopter. Then, 25 years ago, the town was torn apart over whether to name a new school after Du Bois. The building's moniker is now Muddy Brook.

"Great Barringtonians are acknowledging him and that it might be time to forgo his flaws and celebrate his genius."

"He came from a small town in Western Massachusetts," she said. "If anyone doubts that one person can make a difference, that there's no opportunity to start from, look at [Du Bois], look at what he accomplished and grab on to that."

Du Bois had great affection for Great Barrington, a place he described as having a "golden river" in the "shadow of two great hills." In his autobiography, Du Bois said his teachers and town leaders encouraged his learning and welcomed him into their homes and businesses. A local wealthy woman bought Du Bois books for school.

Though Du Bois often paints Great Barrington in a positive light, he mentions times where he was made to feel different or less-than because of his race. Du Bois was light-skinned and had some European ancestors. He wrote about local white people being "curious" about him and asking his family when his "hair was going to curl."

In his autobiography, Lewis said, Du Bois vividly remembered the day he became aware that people had preconceived notions about him because of the color of his skin. Du Bois was about 10 years old, and the children in his classroom were exchanging small tokens similar to Valentine's Day cards.

They "were having a merry time until one girl, a tall newcomer, refused [his] card," Lewis said. Quoting Du Bois, Lewis said, "It dawned on me: I was different from the others and that I would be shut out of the world by a vast veil."

Veils became one of Du Bois' enduring symbols throughout his essays and novels — showing how racism keeps people apart and obscures perception.

Du Bois attended Fisk University in Tennessee and returned home to take care of his ailing mother. When she died in 1885, Du Bois made few trips back to Great Barrington, usually to bury family in the local graveyard — including his first wife and two children.

Lewis closed his address with some controversial and resounding predictions Du Bois had about the future if inequity is allowed to fester.

"The cash line is the cardinal problem," Lewis said citing Du Bois. "They manipulate race in the service of wealth, and the odds are in favor of the manipulators of wealth.

"Capitalism is doomed to self-destruction."