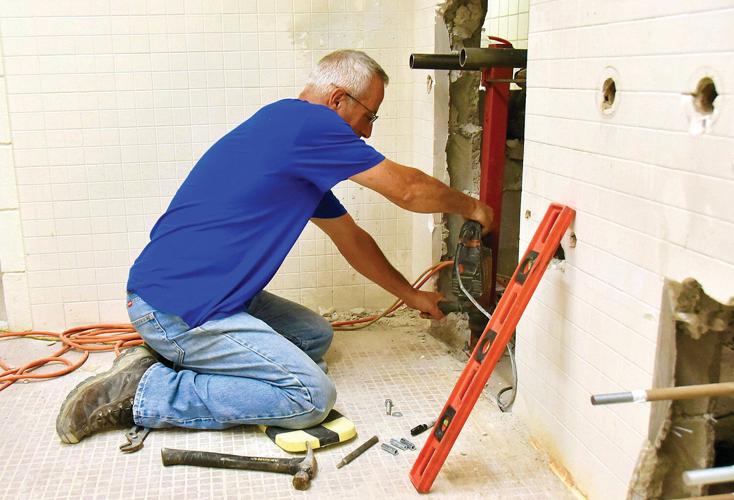 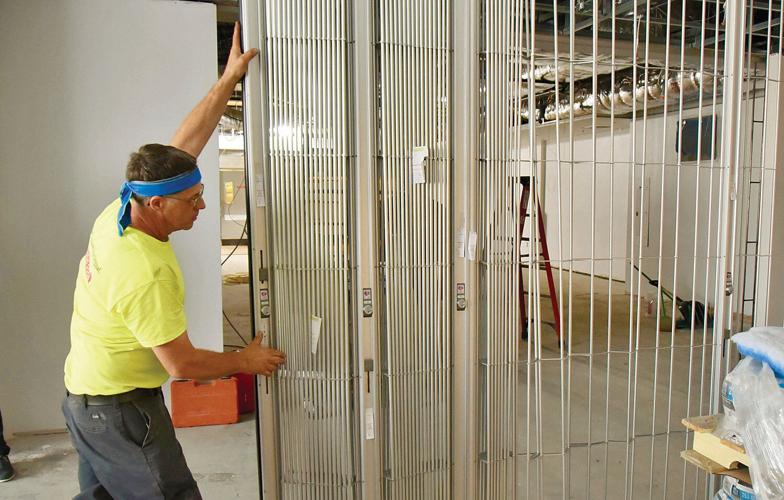 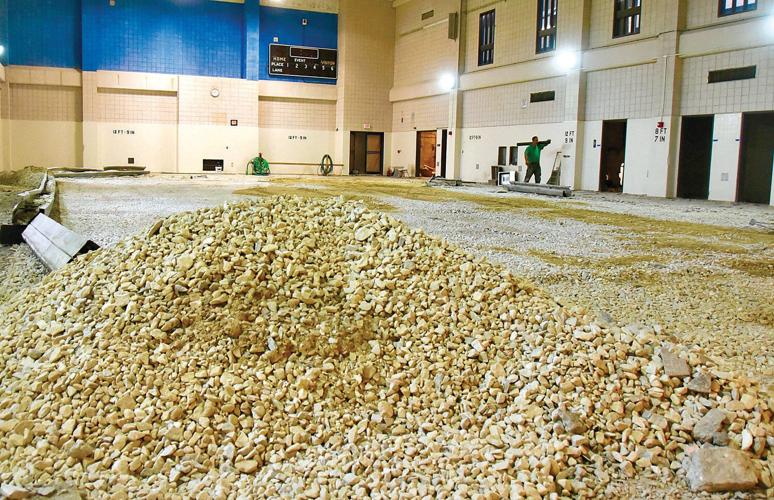 A worker passes through what used to be the pool center at MCLA's Amsler Campus Center.

A worker passes through what used to be the pool center at MCLA's Amsler Campus Center.

NORTH ADAMS — With the fall semester fast approaching, Massachusetts College of Liberal Arts crews are racing to finish an upgrade to the dining hall in Amsler Campus Center before hundreds of hungry students start lining up for lunch.

But amid the upgrades, students also will find something missing — the swimming pool. Currently filled with gravel, the pool area will eventually become part of an expanded fitness center.

It's all part of a more than $6 million upgrade of the center's dining hall and athletic complex in an effort to bolster services that today's students are seeking, said Lawrence Behan, vice president of administration and finance at the Massachusetts College of Liberal Arts.

It will also unify the athletic department offices into one building, rather than in three different structures around the campus, noted Laura Mooney, MCLA's athletic director.

"This will be life-changing for the entire campus," Behan said.

Work on the dining hall is continuing apace, and it is expected to be done in the next couple of weeks. Students return beginning Sept. 1, and classes resume Sept. 4. The athletic department upgrade will take longer, with completion expected in the spring of 2020.

MCLA has no swimming program, and the pool was used for recreation by students and faculty.

The goal is to make the former swimming facility into a fitness center that expands the current offering by a factor of four or more, Behan said. The space will also house the training room and offices. And above the fitness center, on a raised aerial oval, will be a walking/running track.

The pool, which once held 216,000 gallons of water, has been filled with 1,300 cubic yards of gravel. The fill was funneled through a window using a conveyor belt over more than two days — much faster than had been anticipated.

Once the gravel operation is complete, a layer of concrete will be poured to become the base for the flooring.

A yearlong evaluation of the pool showed that use had declined dramatically, Mooney said, and it was too costly to justify its continued use.

On the other hand, she noted, student demand for the small fitness center had risen dramatically, and its small size is easily overwhelmed when a single team comes in for a workout.

All of these conclusions were made in consultation with the student government association, Mooney added.

"There was pretty much unanimous support for this project," she said. "This is real progress for the nonathlete too, which is something the students have been screaming for."

The dining hall was redone more than 10 years ago when tastes were different, and the single entrance/exit was not conducive to student traffic habits, Behan said. With the new design, students will be able to enter from the east and from the west side of campus after workers have opened up what was once a blocked hallway.

The new configuration will include a late-night burger spot with a tavern feel, giving students another option.

Funds for the work are coming from a low-interest loan from the Massachusetts State College Building Authority and from an in-kind contribution from Aramark, the company that operates the dining service, Behan said.

A racquetball court, largely unused, also will be converted into offices. And the locker rooms will be retrofitted to upgrade fixtures and allow better accessibility.

"It's been a desire to provide more functional space for a while now," she said. "And these days there is a higher focus on fitness."