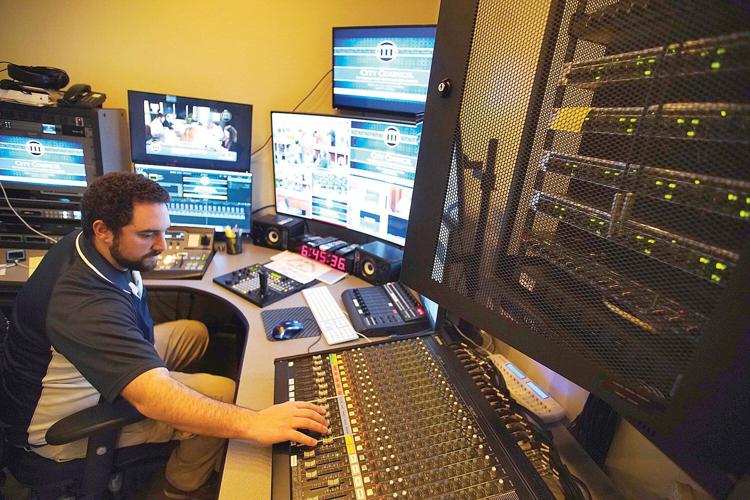 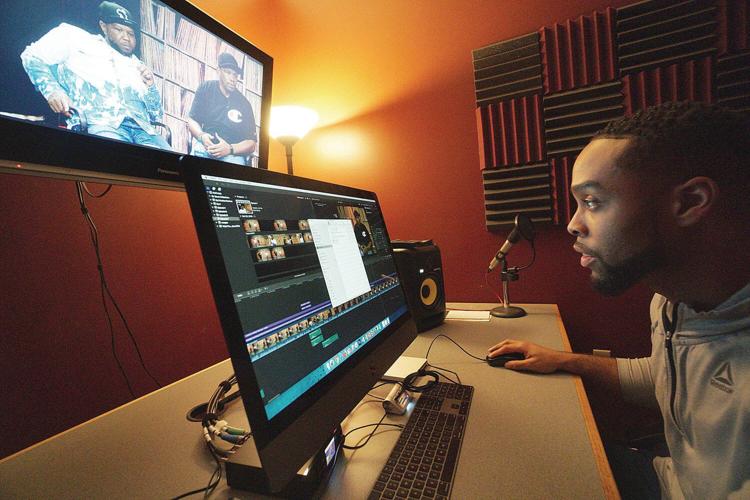 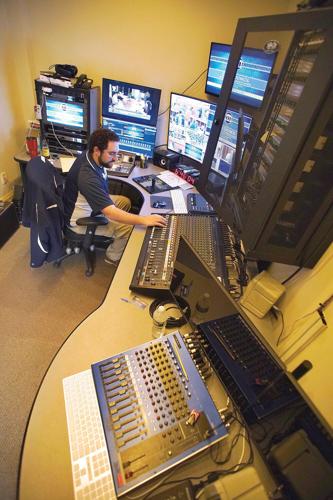 PITTSFIELD — Coverage of local government meetings, high school sports and community events all could be at risk under a proposed change in Federal Communications Commission rules, according to community television operators.

The change, which has already passed the public comment phase, could cause a severe reduction in fees paid to municipalities by major cable companies like Spectrum, Comcast and Verizon Fios.

"If we didn't have that major source of funding it would be very difficult to operate at all," said Shawn Serre, executive director of Pittsfield Community Television, which has seven full-time employees. "We operate a business here like any other business with salaries, fees and rent. We have to heat and cool the place. Those things cost real money."

Under the Communications Act of 1984, the cable companies are required to annually return up to 5 percent of their gross revenues back to the municipalities for whom they provide service. Known as the "franchise fee," this payment is what local television stations use to pay for community and educational programming.

The public comment phase for the proposed rule change expired last month, and the period in which to reply to those comments ends Friday. The operators of Berkshire community television stations expect the FCC to make a decision sometime in early 2019.

The rule change asks the FCC to allow cable operators to deduct "in-kind" services — separate expenses that they pay for — from the franchise fees.

Serre refers to this deduction as an "accounting trick" because the new law would allow cable operators to decide what to deduct, and how to value these services.

"It leaves it up to the cable companies to determine what things they consider in-kind and what they can deduct," Serre said.

PCTV's cable connections to City Hall or city educational institutions are an example of what the cable companies could consider to be an "in-kind" contribution, he said.

"The most amazing thing of all is because it's not defined well in the rule they could say the three [cable] channels that we give you have have 'X' value, and since we're providing them, we could take those channels off your fee. That could zero out our funding."

Serre said 95 percent of PCTV's annual budget comes out of that 5 percent franchise fee. In fiscal 2019, the station's franchise fee is $706,397, slightly higher than the $676,227 PCTV received in the previous fiscal year.

The proposal under consideration is the FCC's response to a ruling by the U.S. Court of Appeals that addressed challenges to rules and guidance adopted by the commission governing how local franchising authorities may regulate incumbent cable operators and cable television services.

In a filing, FCC Commissioner Michael O'Rielly said the commission "tentatively" concluded that it should treat cable-related, in-kind contributions required by a franchising agreement as "franchise fees" that are subject to to the 5 percent cap on franchise fees with limited exceptions. The filing doesn't describe what those limited exceptions are.

Politicians on the local, state and federal levels have expressed concerns about the proposed rule. Pittsfield Mayor Linda Tyer, North Adams Mayor Thomas Bernard and state Sen. Adams Hinds, D-Pittsfield have all sent letters expressing their concerns to the FCC, as have Massachusetts' two senators, Edward Markey and Elizabeth Warren.

Like PCTV, the managers of the Berkshires' other large community television stations are concerned about the effect the rule change would have on their ability to operate. At Northern Berkshire Community Television in North Adams, the station receives a franchise fee of 4 percent, according to executive director David Fabbiano. The additional 1 percent is spread among the four municipalities that the station serves: Adams, Cheshire, Clarksburg and North Adams. The franchise fee represents between 90 to 95 percent of the station's annual budget, which is around $300,000, Fabbiano said,

"For us, I would say, it's even more critical, because we're starting off with a lower percentage to begin with," said Fabbiano, whose station has just four staffers.

"This is the primary funding for the station, and this could literally gut our budget if it goes through," he said. "We do all the meetings, the Fall Foliage events, political debates, high school sporting events. If it goes as badly as it could go it would make doing all of that really hard."

At WilliNet, which provides community television programming in Williamstown, executive director Deb Dane is taking a wait-and-see approach to the proposed rule change.

"I think we don't know enough," Dane said. "It's sounding like the cable companies will be applying the in-kind contribution, but we don't know what that would look like."

WilliNet has three employees, one full time and two part time, Dane said. Seventy five percent of the station's funding comes from the franchise agreement. The station raises the other 25 percent.

"Am I in favor of this rule? Absolutely not," Dane said. "I think the (cable companies) are trying to get out from under paying the fee. Could it spell disaster? Of course, if they can make an in-kind contribution that (exceeds) our budget."

But Dane doesn't believe the adoption of the new rule would mean the end of WilliNet.

"We don't negotiate directly with the cable companies," she said. "It's really a municipal issue."

At Community Television of the Southern Berkshires in Lee, the 5 percent franchise fee the station receives from Spectrum makes up 90 percent of the station's budget, which is typically in $350,000 to $450,000 range. CTSB provides community television programming for Great Barrington, Lenox, Sheffield and Stockbridge. The station has four full-time employees and five part-timers.

"If it happened the way it's written now, it would be devastating for us," said CTSB Executive Director Leo Mahoney.