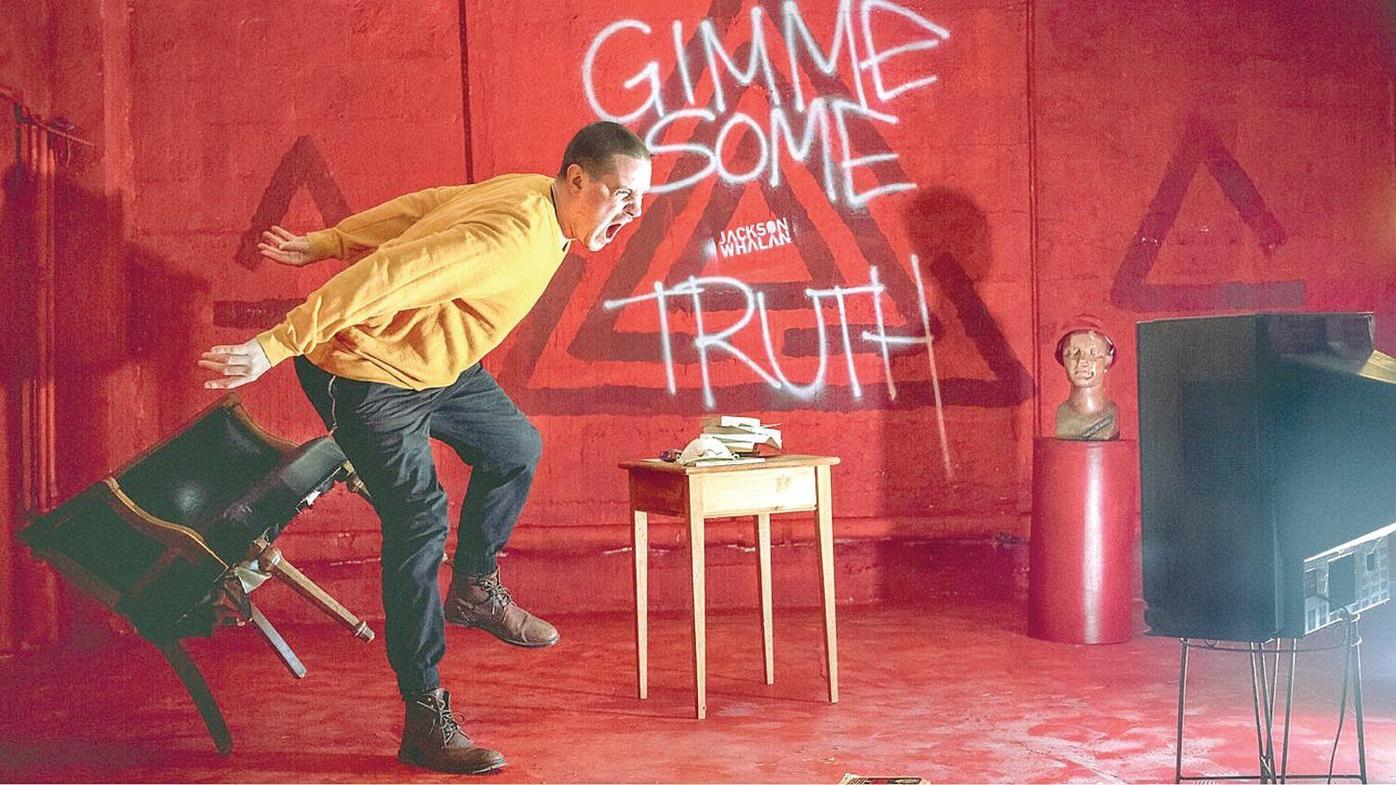 Rapper Jackson Whalan, of Great Barrington, has released a cover of John Lennon's "Gimme Some Truth." 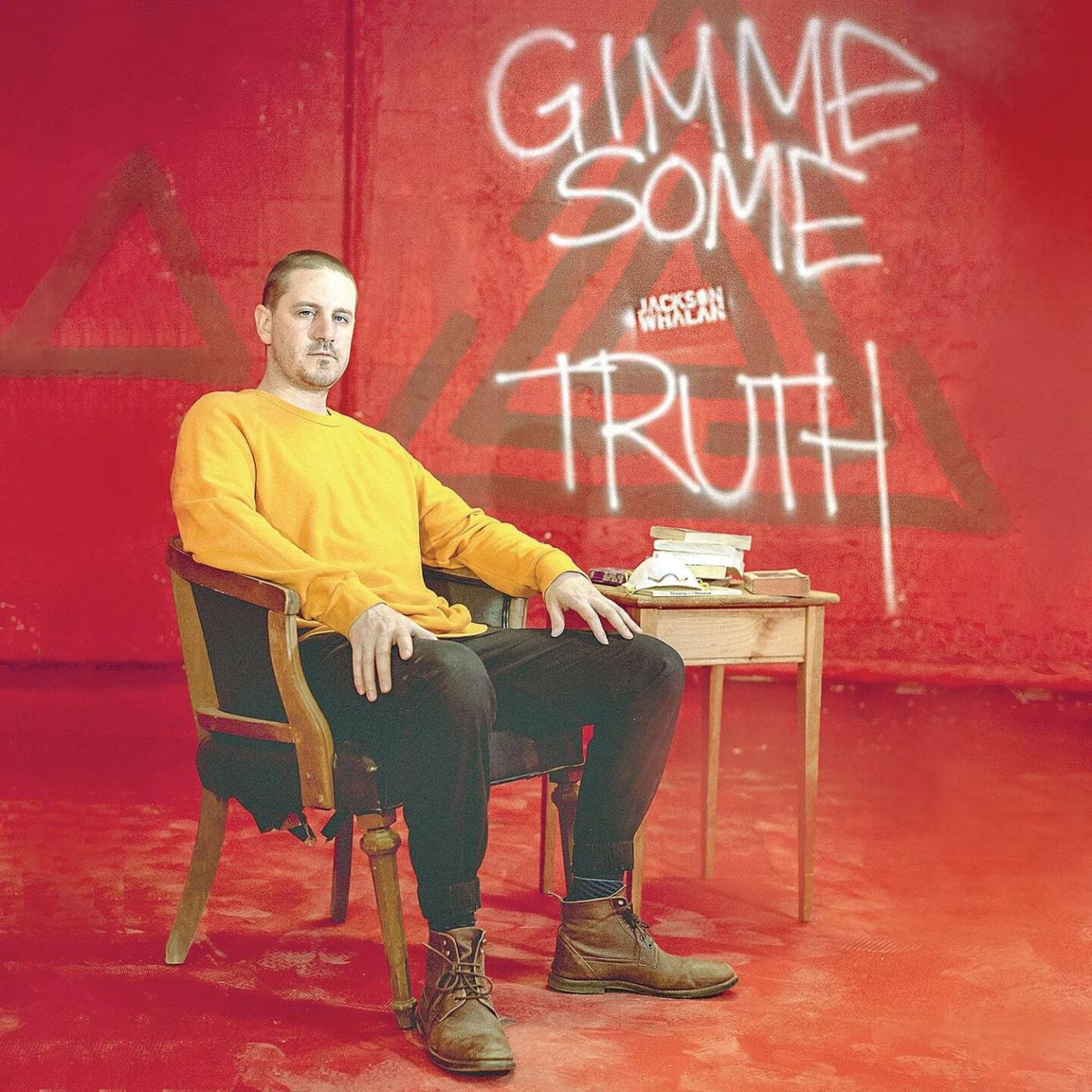 The cover art for Jackson Whalan's cover of John Lennon's "Gimme Some Truth." 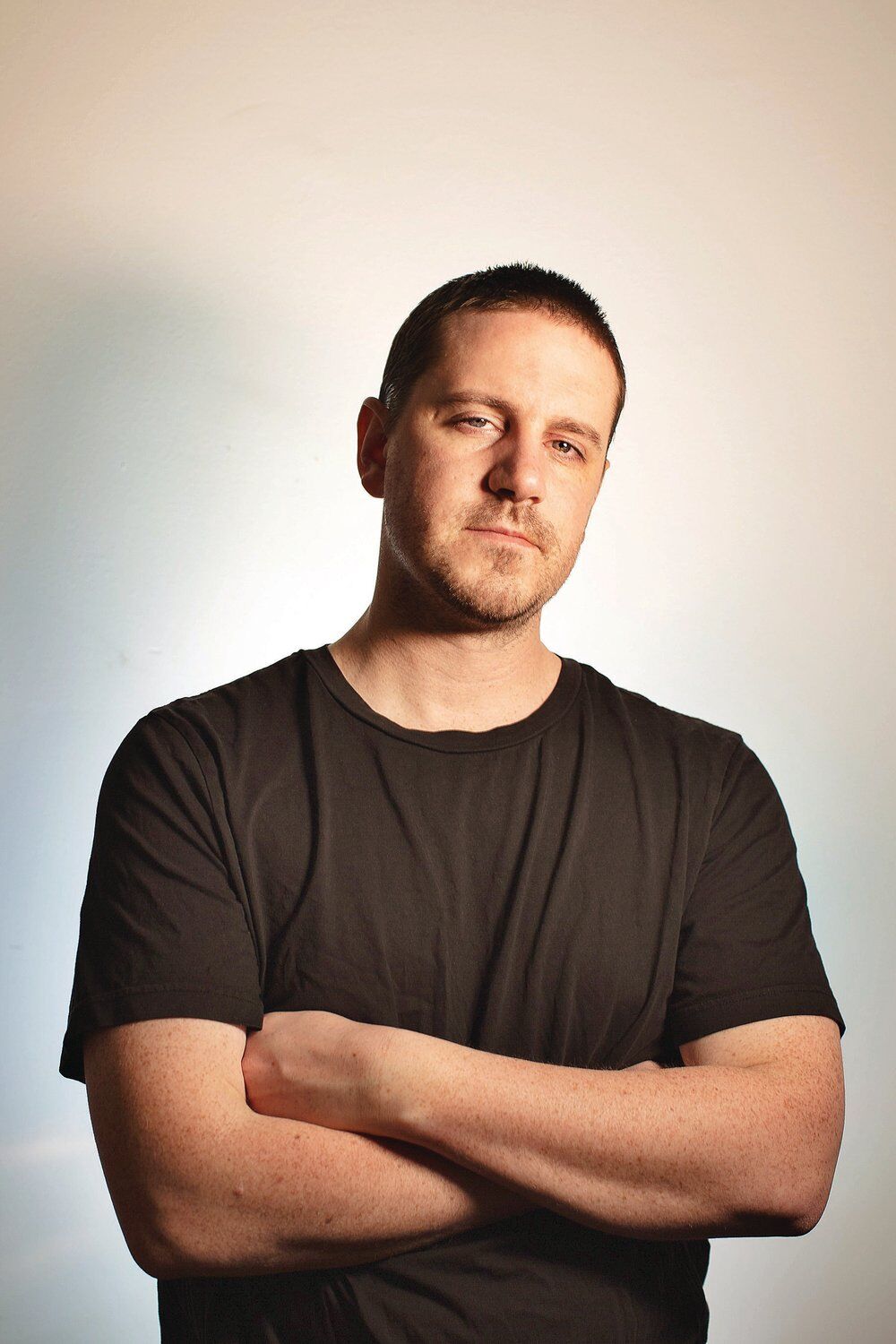 Rapper Jackson Whalan, of Great Barrington, has released a cover of John Lennon's "Gimme Some Truth."

The cover art for Jackson Whalan's cover of John Lennon's "Gimme Some Truth."

The lyrics of John Lennon's protest anthem, "Gimme Some Truth," are just as relevant today as when they were first penned, according to rapper and producer Jackson Whalan.

So much so, that Whalan, of Great Barrington, began working on a cover of the song at the beginning of the year.

"When I heard the song by John Lennon, I really felt like his attitude on the song matched the times we were living in. And this was at the beginning of the year, before COVID-19, the protests or anything," he said during a recent phone interview. "It's almost like he's rapping on it. I thought, if there were any John Lennon song I would cover, it would be that one."

First released on Lennon's 1971 album "Imagine," "Gimme Some Truth," encapsulates not only the mood of the era it was written in but also, more specifically, the mood of those protesting the Vietnam War. It's lyrics include politically-charged statements such as, "I'm sick and tired of hearing things / From uptight, short-sighted narrow-minded hypocrites / All I want is the truth, just give me some truth," and references to political corruption including: "short-haired, yellow-bellied son of Tricky Dicky's."

The song's lyrics struck a chord with Whalan. Although written 50 years ago, he said the issues touched upon in the song — frustration with the government, corrupt politicians, racism, social injustice — all still exist today.

"I feel we are at this point, like the song says, where we're fed up and wanting to demand answers to the problems of the world," Whalan said.

He added, "It's really timely and my hope is that people can understand these struggles that are going on now, don't go away overnight. Right now looks similar to events in the not so distant past. A lot of the issues we face, including racial injustice, are cyclical and we have to hit the streets. Why do we have to still have to do this? I hope we can move forward toward a more just society. I hope the momentum isn't lost."

When he began recording the song in early March, pre-pandemic, he took great care to create a cover that not only incorporated his modern flair, but also paid homage to the original's intensity.

"On the music side of things, I'm a producer, so I do a lot of beat making and engineering instrumentation. I had numerous musicians playing on the song in the studio," he said. "Ian Evans was on keyboards, bass and did a slide guitar solo. Sam McGarrity was on guitars. Jules Jenssen played the drums."

Getting the vocals just right was just as important to him as creating the right sound with the right people.

"I spent a lot of time with vocals, getting into a really intense mood to deliver that vocal that matched the energy John Lennon was bringing, but also bringing my own flavor to it," Whalan said. "It took a long time to nail it."

When the recording was finished, he brought it to Will Schillinger at Pilot Recording Studios for additional production, mixing and mastering.

"It's definitely a collaboration of artists I've been working with for a long time," he said. The song, he said, has become even more relevant since he finished recording and shooting the accompanying music video, which includes footage of the Minneapolis protests recorded by Jacob Borden, of Great Barrington. The video was released Friday on Whalan's YouTube channel, youtu.be/SOmjZepRSVE. The single is also available on Spotify and iTunes/Apple Music.

"It's the prayer of every artist that their song comes out at the right time. I've seen this song become more relevant in the past few weeks, even though I was finished with it. I feel that it is super relevant to what is happening."

Production of the music video for "Gimme Some Truth," began just as the COVID-19 quarantine began.

"One day, my partner Amy Inglis, and I went around Pittsfield shooting the video. We shot footage of me, protesting alone. We filmed in front of Pittsfield High School, because it looks like an old government building. We also shot some footage in Kennedy Park in Lenox," Whalan said.

During the COVID-19 shutdown, a friend and videographer, Justin Allen, provided access to Methuselah, where the video's "red room" scene was filmed.

"We painted the basement red and then, we shot, in time-lapse, me, spray painting the lyrics on the wall one-by-one. It reflects how I feel about the world — I wanted to bring an image to the whole overall attitude of the song," Whalan said. "We thought we were done with the video and then the world got flipped upside down with the killing of George Floyd and Ahmaud Arbery. I have always been committed to talking about social justice issues in my music and started to see this song as a score for what is happening."

Whalan drove Borden to the airport when the protests broke out.

"Jake was out there on the front lines of the protest, sending footage back. [Editor George Cox] incorporated it into the video at the last moment. It was a creative move," he said. "Even when you have a plan, it's important to leave room for the spontaneity of what's going on in the world. We cut a lot of the footage of me. I didn't need my face to be in the video the whole time. I wanted it to be less about me and more about the bigger movement."

"Gimme Some Truth" is the latest release in the build-up to Whalan's upcoming studio album, "Nice Em Up." The artist has been releasing a song-a-month, since October 2019, as a way to keep himself motivated and on track.

"Consistency is so important in the world we live in now, with all the digital streaming. It's the best approach as an independent artist," he said.

Berkshires-based rapper, producer Jackson Whalan and his live band will be stopping by HiLo North Adams, 8 p.m., Oct. 30, to celebrate "Hiloween." We recently caught up with the lyricist to learn the inspiration behind "No," his latest single which is available on all streaming platforms and via music.jacksonwhalan.com/no.