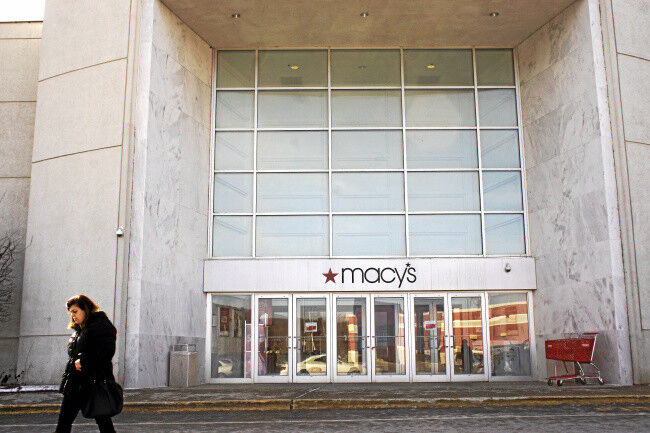 Clearance sales at the Macy's store in the Berkshire Mall will begin Monday and are expected to last eight to 12 weeks. The store employes 58 people. 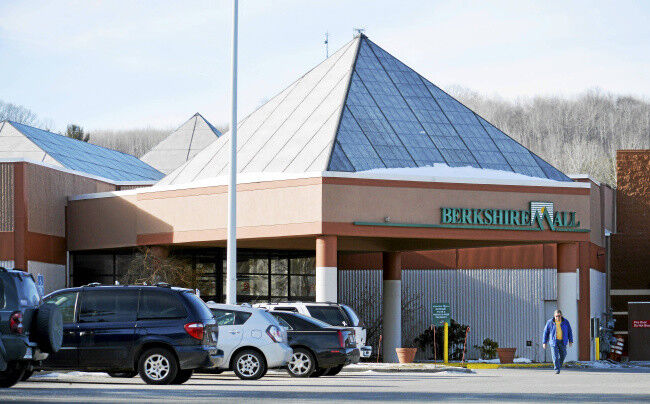 Clearance sales at the Macy's store in the Berkshire Mall will begin Monday and are expected to last eight to 12 weeks. The store employes 58 people.

LANESBOROUGH — The announcement that Macy's plans to close its Berkshire Mall store has dealt another blow to the remaining merchants at the county's largest retail shopping complex.

"It's like the air came out of everybody," said Mike Sacco, who owns Peace Train Tees, a small T-shirt store, on Thursday. "Macy's is an anchor store. A lot of people come here to go to Macy's."

The local Macy's is one of 36 "underperforming" stores" that the department store chain intends to close nationwide over the next few months; four already have closed.

Clearance sales will begin Monday at the Berkshire Mall store and are expected to last eight to 12 weeks.

News of the closure comes just four months after Best Buy, another of the mall's five anchors, closed on Oct. 31. JCPenney, Sears and Target are the remaining anchor stores.

Macy's has 58 employees at its Berkshire Mall store, according to the company. Heather Boulger, the executive director of the Berkshire County Regional Employment Board, said her organization informed the state's Rapid Response Team about Macy's decision to close its store in the Berkshire Mall, but it had yet to speak with either the mall's management team or the manager of the local Macy's.

She said her board, "will continue to offer assistance like we do when any company closes or downsizes."

Three other mall stores, all associated with national chains, are also scheduled to close by the end of January. Christopher & Banks, a women's apparel chain, and the teen-oriented chain Hot Topic are both scheduled to close Jan. 24. PacSun, a California-based clothing chain, will close Jan. 27, a store employee said.

There were 18 empty storefronts at the mall on Thursday, according to an informal count conducted by The Eagle.

How the loss of two anchor stores in four months will impact the future of the county's largest retail shopping complex was unclear on Thursday.

Strategic Asset Services LLC, a subsidiary of the Texas-based holding company that purchased the mall in 2014, did not respond to queries that were sent via email.

When Best Buy announced in September that it was planning to leave the mall when its lease ran out in October, the ownership group said it was "disappointed" at the national chain's decision, but it had no plans to sell the mall.

The mall's owners put a new roof on the shopping complex in 2015. But they have yet to reveal their future plans for the mall to the individual shopkeepers, Sacco said.

Sacco, who rents space at the mall on a yearly basis, said it would be easier to operate in the shopping complex, "if they could just tell us what things they're working on."

"Joe does a great job keeping the mall open, clean and welcoming," Sacco said, referring to the Joseph Scelsi, the mall's general manager. "But he's not able to tell us anything probably because they don't give him anything."

Sacco said his business is doing well at the mall, but with all of the store closings, "I do feel that there will be a tipping point."

But not everybody is planning to pack up and go. Journeys, a small store in the mall, recently renewed its lease with the mall's management company until 2022, a store clerk said on Thursday.

There have been rumors for several years that the high costs associated in store leases have caused several merchants to leave the mall. But Sacco, who opened his store at the mall in 2010, said most of the talk about high rents has occurred on social media.

"I've seen it posted on Facebook," he said. "But I have never heard it from a business owner."

In the local business community, Berkshire Chamber of Commerce President and CEO Jonathan Butler said the decision by Macy's to close was reminiscent of Best Buy's.

"Rumors were being tossed around for quite awhile," he said.

He believes the decision is due to a "combination" of things including the impact the increasing popularity of online shopping has had on big box stores' bottom line. That trend is magnified in places with small population bases like Berkshire County.

"Unfortunately, Best Buy and Macy's are victims of that downsizing," he said.

"I think that shift has hurt the viability of the mall," he said. "Part of it is just the evolution of the economy, growing out our downtowns as part of our commercial hubs.

"I want to see the mall succeed, but as the same time I'm happy to see the revival of downtowns," he said.

In Lanesborough, Town Manager Paul Sieloff said a mall missing close to a third of its clients, including two anchor stores, could hurt the town coffers when the next valuation of town property takes place.

"Malls go through a lot of transitions," he said. "Sometimes they take an anchor (space) and split it up."

"I think the mall is sustainable and we have a great interest in making it sustainable," he said.

Shoppers who described themselves as regular customers of the Berkshire Mall said they were sad to see Macy's go.

"I think it's terrible," said Madeline Howboldt, of Pittsfield. "It's a terrible loss for us. It was one of our major department stores.

"It's a shame that they're closing," said Tom Ferguson, also of Pittsfield.

"It's disappointing because now if you need something special you have to go to Holyoke or the Lee outlets," said Ferguson's wife, Fran.