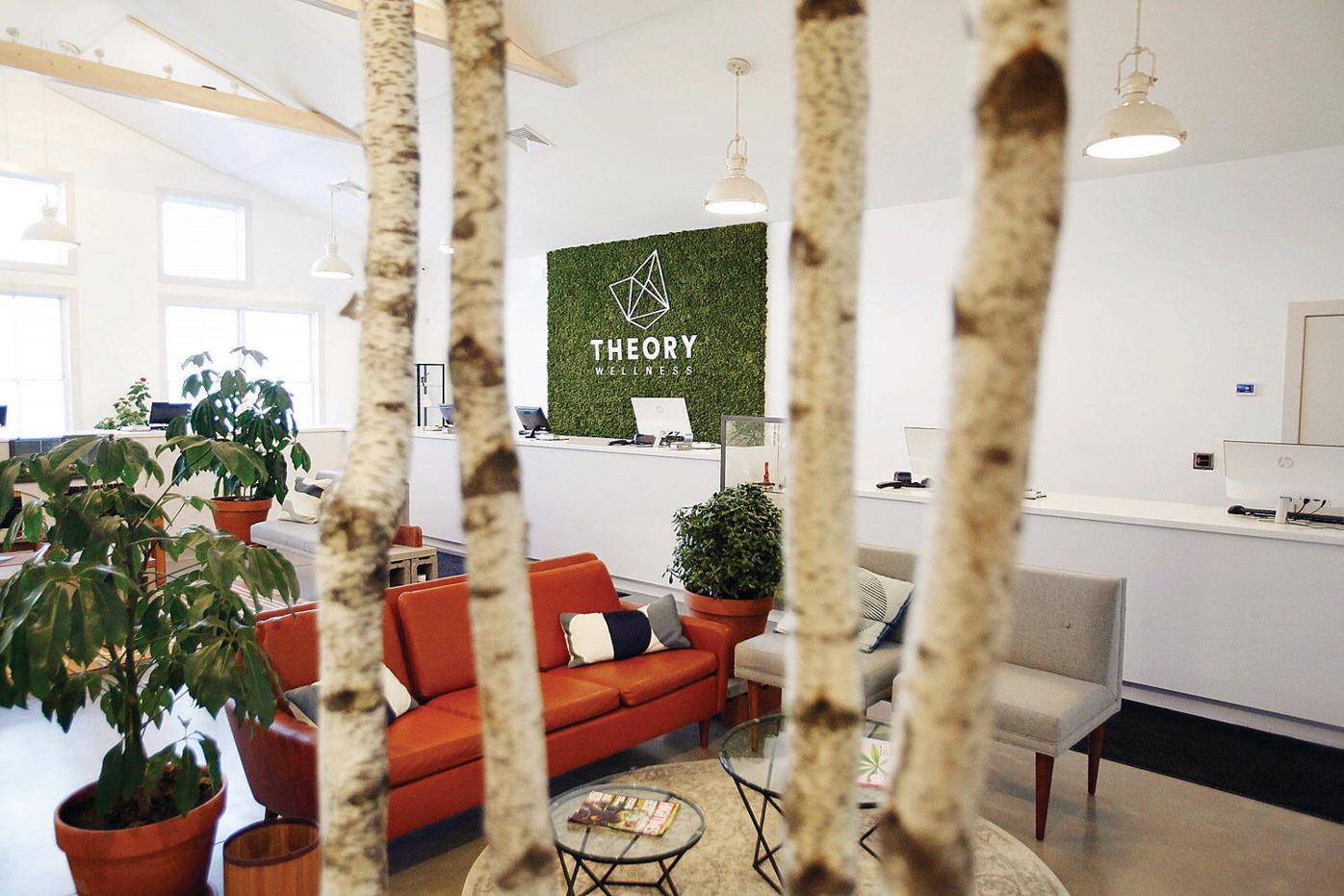 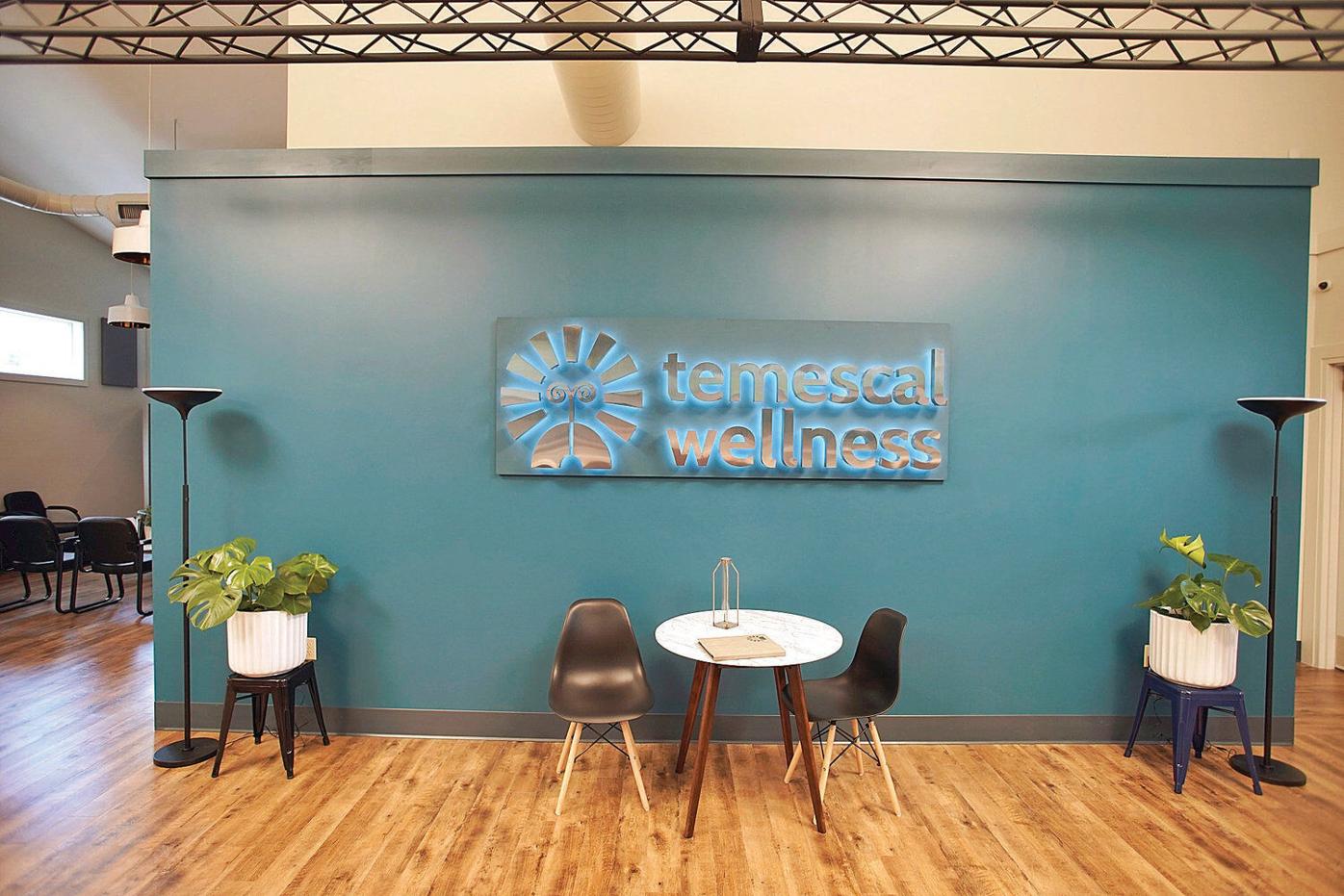 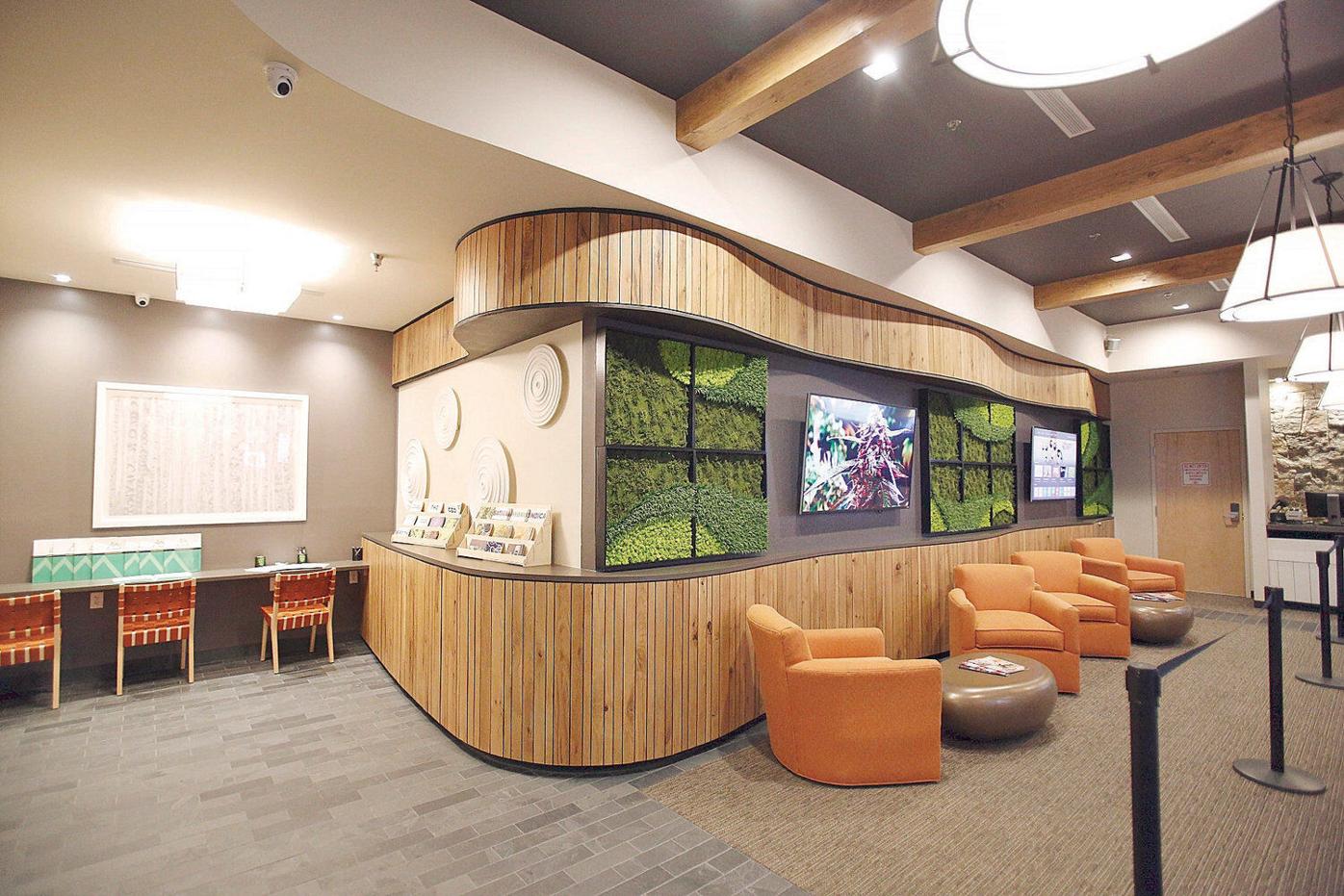 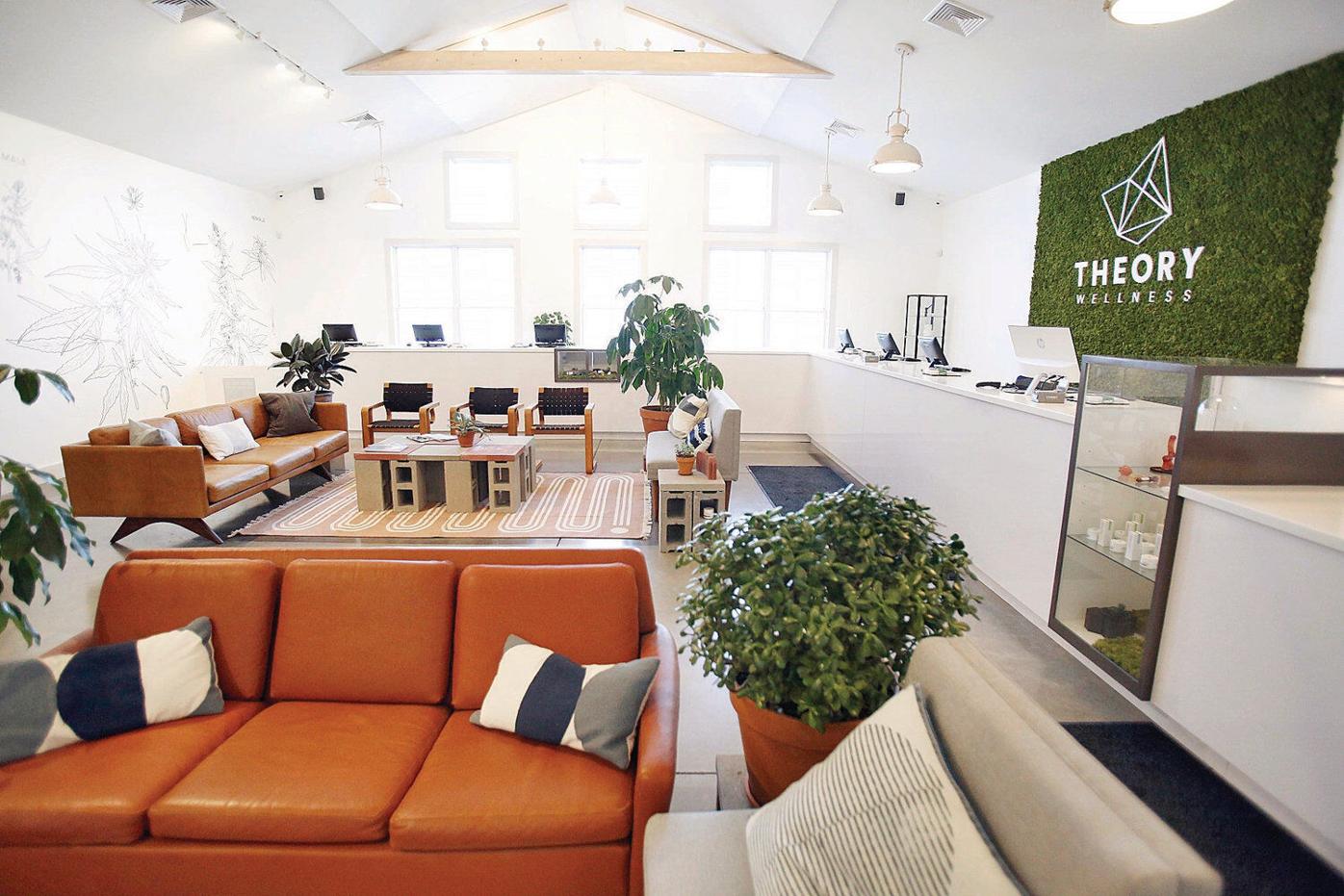 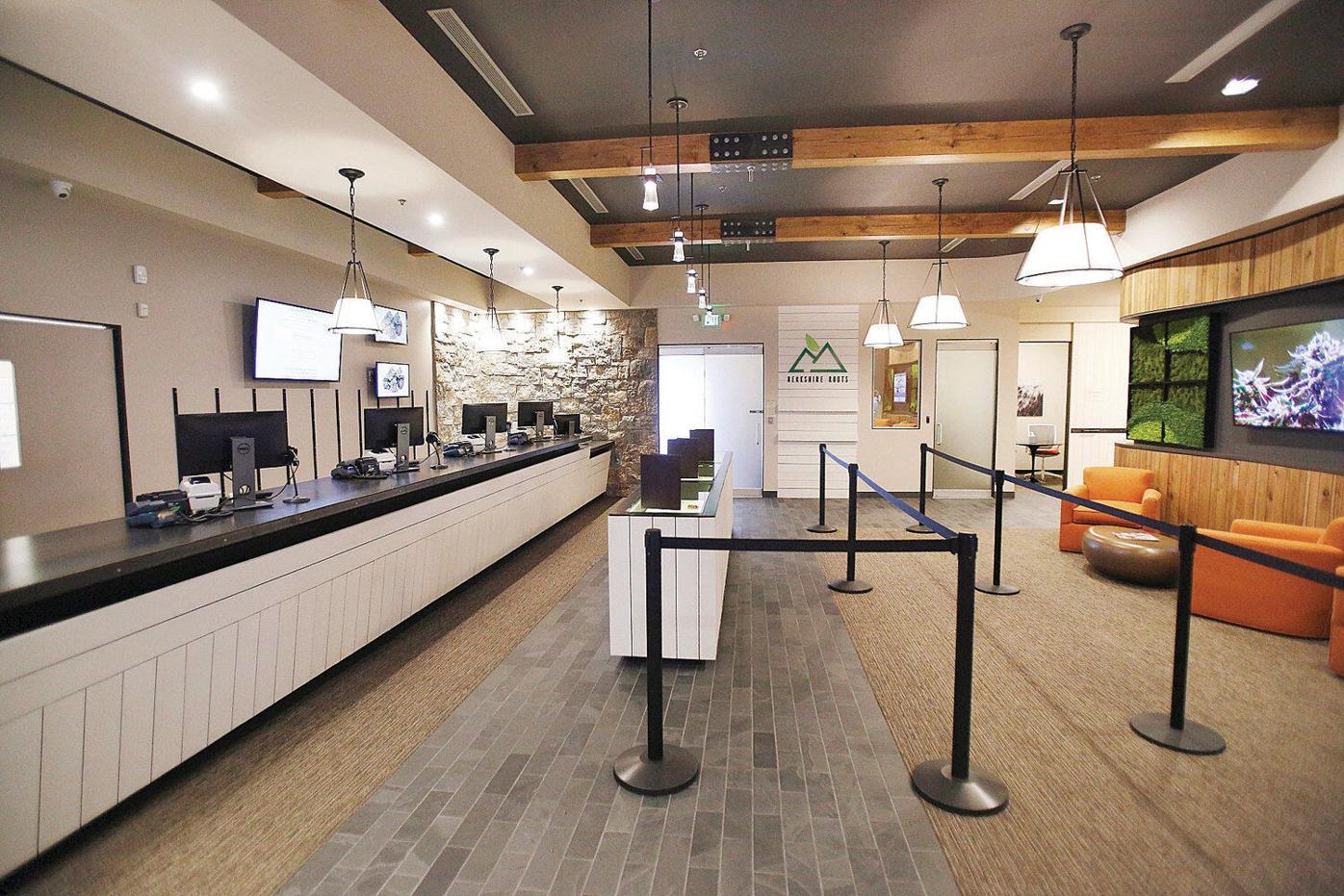 Berkshire Roots sought to pay homage to the Berkshires by using a lot of wood in the space and a moss wall to envoke thoughts of green landscapes and mountains. 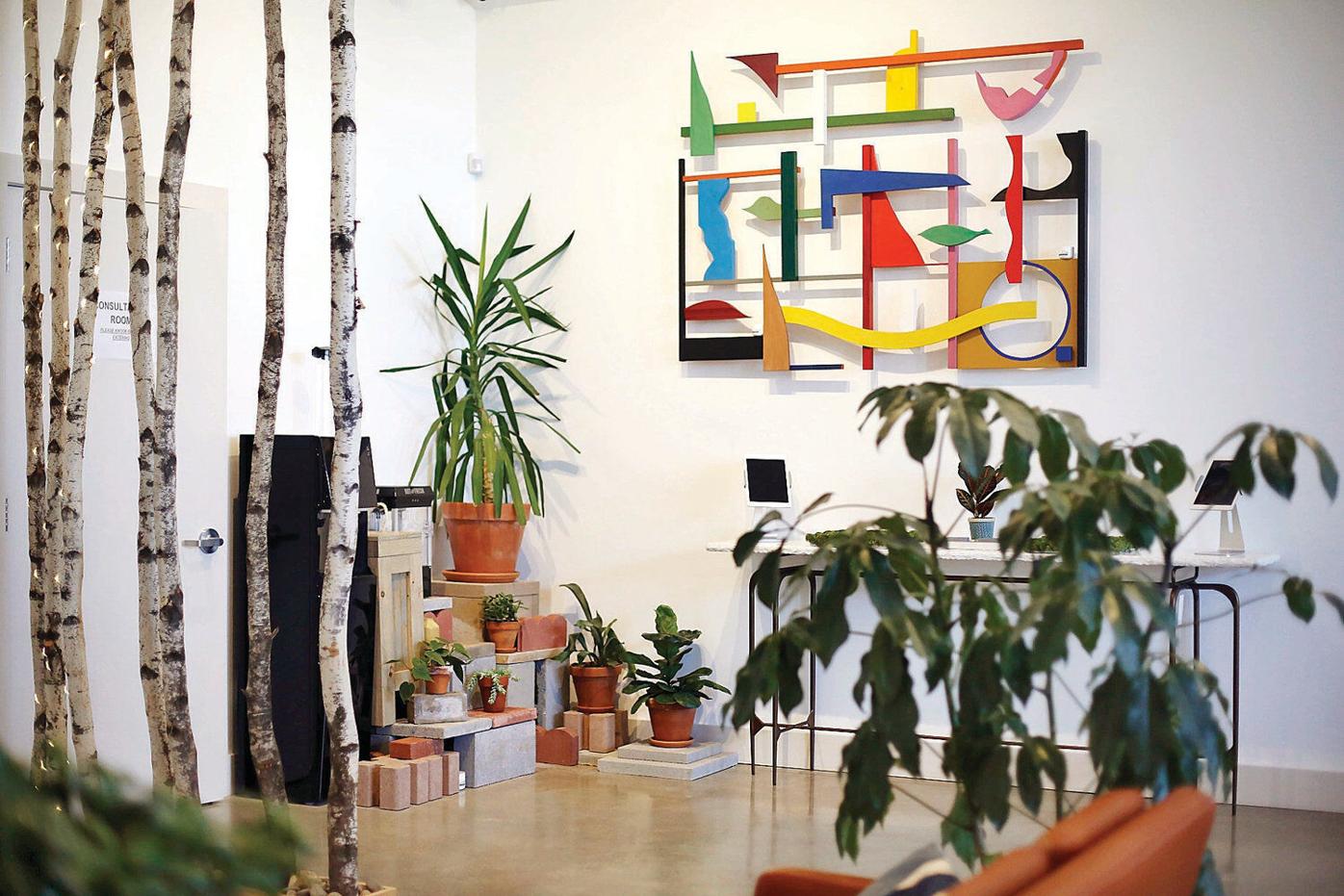 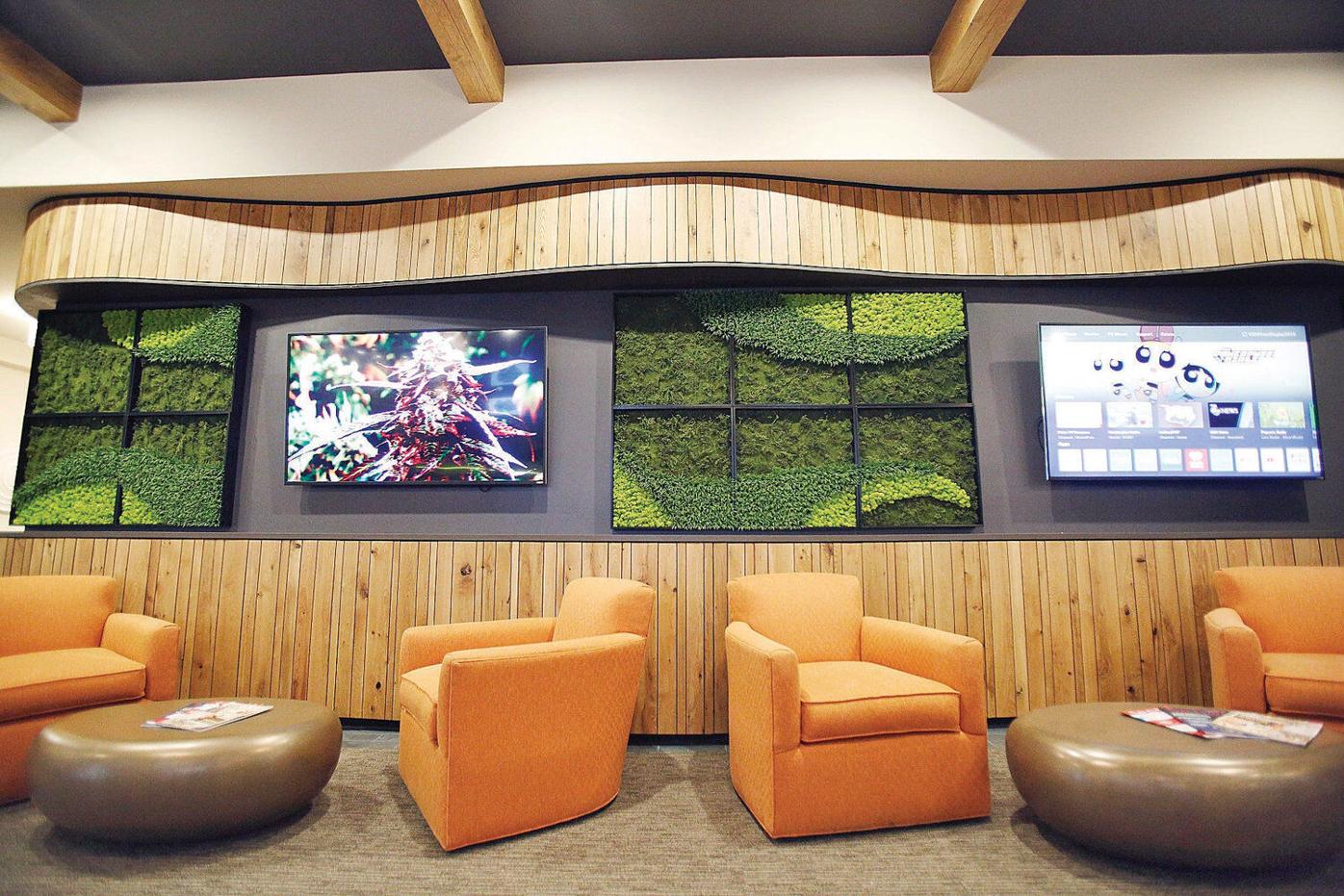 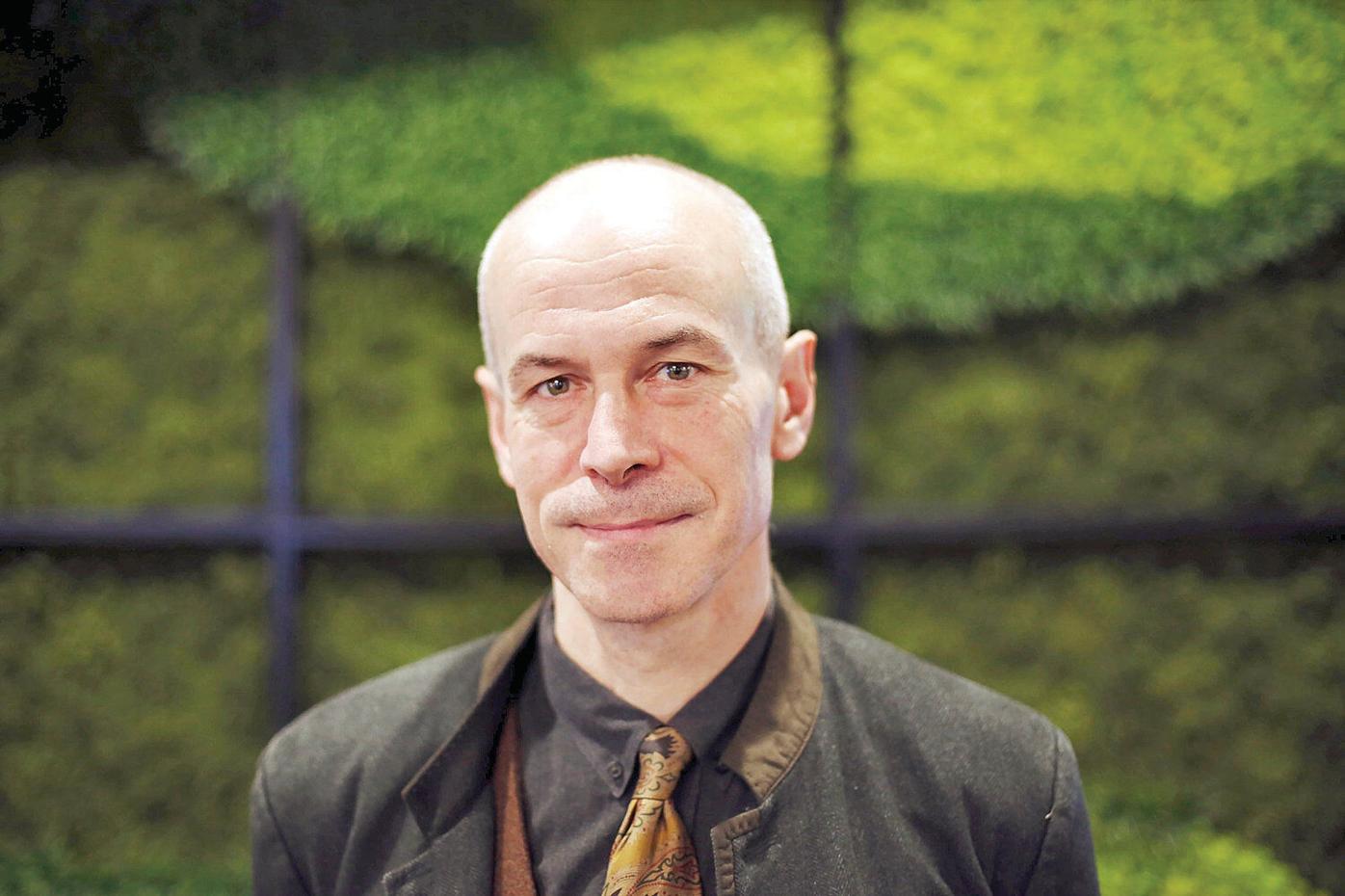 Interior designer William Caligari at Berkshire Roots in Pittsfield, where he is the creative mind behind the medical marijuana facility's decor.

Berkshire Roots sought to pay homage to the Berkshires by using a lot of wood in the space and a moss wall to envoke thoughts of green landscapes and mountains.

Interior designer William Caligari at Berkshire Roots in Pittsfield, where he is the creative mind behind the medical marijuana facility's decor.

When interior designers are asked to produce plans for, say, hotel rooms, they know what needs to be included.

"There's going to be a bed, nightstands, lamps, a dresser, closet, bathroom, etcetera, and basically you have to figure out how to make it attractive and comfortable and a little bit unique," said William Caligari of William Caligari Interior Design.

But if they're asked to design marijuana dispensaries, the features aren't so clear

"These businesses are all fairly new, so how are you going to merchandise your product, and what's your packaging going to be? Specifically, what are your products going to be? None of that's been defined yet," Caligari said.

The Great Barrington-based designer would know. On the strength of a resume that includes work at Canyon Ranch in Lenox, Caligari was tapped to design Berkshire Roots' interior in advance of the Pittsfield dispensary's April 2018 opening. While he had helped clients craft kitchens and country clubs, Caligari had never worked on a dispensary before Berkshire Roots. He is also leading the design of Calyx Berkshire Dispensary, a potential Great Barrington pot shop.

"There won't be any other dispensary like it," he said.

"A lot of them are super sterile, and you see a lot of plastic laminate and cold, uninviting interiors — not even clinical, just bad," he said.

The High Road Design Studio Founder Megan Stone said that look was a step up from the "seedy dope den aesthetic" she encountered upon starting her Phoenix, Ariz.-based firm, now considered a top U.S. dispensary designer, in 2013.

"The industry was in a very different place, and one of the most important things that I was seeing at that time was just the need for professionalism and integrity, and a little bit more of a broader appeal to [the] community," Stone said.

She added that some dispensaries approached their medical purpose and origins too literally from a design perspective.

"I think people's first go-to association [was], 'Well, let's make this feel medical. Let's make this feel like a doctor's office.' And I think for some brands, that is great. If that's what you are trying to offer and that's really your differentiating factor, a focus on a health care experience; I think that aesthetic is great," she said. "I think a lot of people are interested in tapping into other ways of presenting this business to the world, whether it be a little bit more boutique, whether it be something modern and with a technological component to the dispensary space, whether it's something that's very vernacular and seen through the community that it's in.'"

At Berkshire Roots, the leadership team sought to pay homage to its local base through its interior design.

"They wanted it to feel like the Berkshires," Caligari said.

"It's just an abstract image representing what could be construed as either the product or the green landscape and the mountains of the Berkshires," he said of the walls during a tour of the space.

At Theory Wellness, a similar wall, composed of flash-frozen Scandinavian moss, faces patients as they approach the counter. The Great Barrington dispensary emphasized incorporating aspects of nature, such as a cluster of birch trees near the consultation area, into its design following a more minimalist opening in September 2017.

"A lot has changed since then," Theory Wellness Co-Founder Nick Friedman said.

Clients and designers never get blank slates when it comes to designing dispensaries.

"Cannabis retail design hinges on making the space to conform to whatever laws and regulations are put onto it even at a non-aesthetic standpoint, from security to layout to square footage to points of entry to permissible views in," Stone said.

For example, all three Berkshire County dispensaries currently house small security check-in rooms that visitors must enter before walking into the retail floors. State regulations also limit lighting concepts; the customer area can't be visible from outside the building, constraining window size and placement. Temescal Wellness is still honing its lighting situation. The interior bulbs are too bright, according to Pittsfield dispensary manager Crystalyn Adams.

"We're probably eventually going to go on a dimmer," she said, noting that lighting behind the dispensary's logo would be more eye-catching that way.

"We kept the lighting very low at 2800 Kelvin, which is a residential level," he said.

Some dispensaries he discovered online were far too bright.

"It just didn't feel inviting or comfortable at all. I wanted people to be able to sit there and relax in the seating we provided," he said.

The other two dispensaries also wanted to foster warm environments.

"Our priorities are always comfort and accessibility, and we want to create an over-the-top, welcoming facility that also feels like a place of wellness," said Julia Germaine, the Temescal Wellness corporate development director who spearheaded design of the company's Pittsfield location.

How did Temescal Wellness accomplish that?

"We went with very calming blues, grays, natural wood tones and marble tones. We also have a very high vaulted ceiling and a very open floor plan, so that allows us to create private spaces, but also preserve that sense of openness and upliftedness," Germaine said.

Stress-free waiting experiences are also design-enabled; Theory Wellness recreational customers will be able to take advantage of a central seating area while they wait, deli-style tickets in hand. Monitors providing educational material, as well as local art works — Temescal touts a piece by Michael Rousseau — also serve as common ways for these local dispensaries to open their arms to the Berkshire community

"We want our interior to be welcoming to people of all demographics," Germaine said.