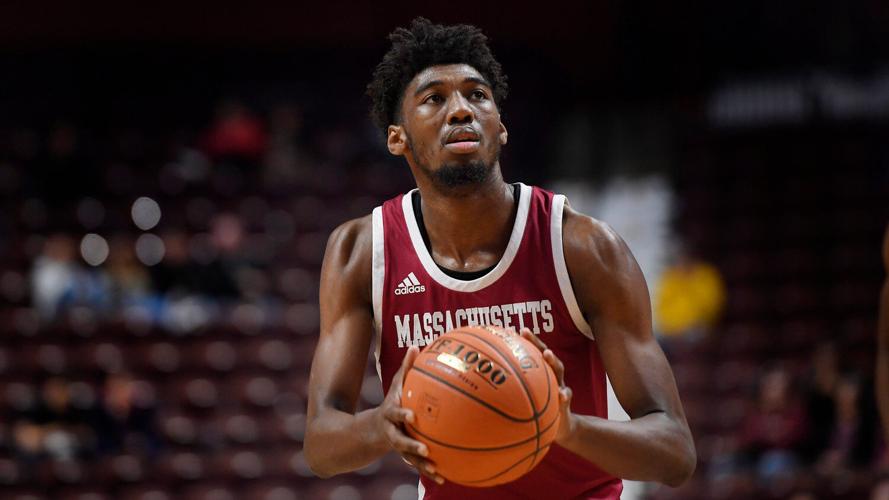 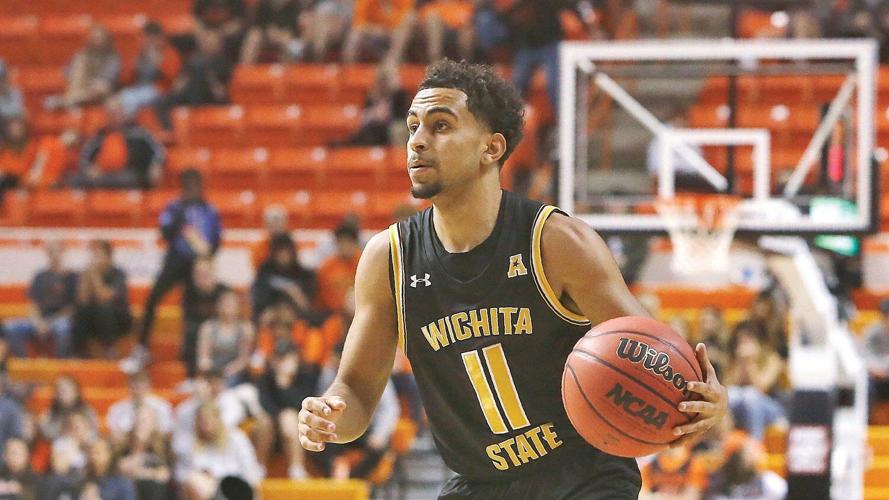 Former Wichita State guard Noah Fernandes, a Massachusetts native, has received his NCAA transfer waiver and will be allowed to suit up for the Minutemen this season.

Former Wichita State guard Noah Fernandes, a Massachusetts native, has received his NCAA transfer waiver and will be allowed to suit up for the Minutemen this season.

Now that the NCAA has established a start date for a possible college basketball season, a lot of college teams can take the optimism out of the closet and start feeling good about their chances. That's no exception at the University of Massachusetts.

"When I was hired and we did the press conference right down here, the standard was to win championships. We have not been able to do that. We haven't even been able to come close," UMass coach Matt McCall said. "I feel now, from this group, that is the direction we are heading in.

"There's no question that I have high expectations."

McCall met with members of the media last week to talk about the coming season. At the time, he did not have word on a possible transfer waiver for point guard Noah Fernandes. This week, UMass got word that the waiver was granted.

"As a Massachusetts native, we know how excited he is about playing in his home state," McCall said when the waiver was granted, "and we're looking forward to having his talent, experience and leadership on the floor this season.

"We're confident that he will add to the high level of depth already on our roster."

Recently, the NCAA's Division I Council approved Nov. 25 as the first date when games could be played. Full practices are allowed to begin on Oct. 14. That is a change in the start date from Nov. 10.

The Atlantic 10 Conference had, at the end of July, announced what schools will be playing each other. UMass, and the rest of the conference, will play 18 games inside the Atlantic 10, with home-and-home contests currently set against Fordham, George Mason, LaSalle, Rhode Island and Saint Louis. That would, on paper, give UMass the opportunity to play five non-conference games.

Now that the framework to play is in place, McCall and his staff can turn their full attention to getting prepared to play. The fourth-year coach, whose team went 14-17 a year ago, said he's excited about his team's prospects because the 2020-21 Minutemen will look different.

"I think we're deeper. I think we're extremely talented at every spot," said McCall. "From a talent standpoint we'll look different, but depth-wise, we're deep. When you're a team that wants to press, you have to be able to play multiple guys.

One of the biggest questions facing McCall and his team looking ahead to 2020-21 is the status of freshman point guard T.J. Weeks. Weeks, the son of former UMass standout Tyrone Weeks, played in 10 games and started two before being lost for the season due to hernia surgery. Weeks averaged 14.7 points per game in the 10 games he participated in. Weeks is listed on the roster as a redshirt freshman, after receiving a medical redshirt.

"T.J. is full go. You would never know he had surgery last year," said McCall. "He looks great. In his first workout, I don't think he missed. It was good to see that ball going back in the net for him, because we need him. I think the more perimeter shooting we have out there on the floor, the more deadly we can be on offense. He's a leader. He leads by example in how he carries himself, how competitive he is each and every single day."

While Weeks will be an anticipated addition to the rotation this winter, sophomore Tre Mitchell is the straw that stirs the drink.

The Atlantic 10 Conference's top rookie, the 6-foot-9 Mitchell averaged 17 points and 7.2 rebounds in 31 games. He scored 20.4 points and had 8 boards in conference play. He scored 30 or more twice, including a 34-point career best in the regular-season finale against Rhode Island. Both of his 30-point efforts came against URI.

He had nine games where he scored 20 or more points and had six double-doubles.

"We know how good he is with his back to the basket. We saw what he did against Rhode Island and his perimeter shooting continued to get better throughout the year," the coach said. "The next piece of his game is starting the break, being able to initiate the break, being better at playing off the bounce, whether he's on the perimeter or even at the other end of the floor. When he gets a defensive rebound, I think that area of his game is an area where he wants to improve.

"He hasn't slowed down. It's not like he's satisfied or happy with where he was last year, holding the Atlantic 10 Rookie of the Year trophy. He wants to win a championship."

McCall said that finding a point guard will be one of his team's first goals. With Fernandes getting a waiver, that will make things more competitive. It opens up a three-way competition with Fernandes, returning sophomore Kolton Mitchell and freshman Javohn Garcia. All three could see time, depending on matchups.

The UMass coach is also excited about having freshmen Dyondre Dominguez and Ronny DeGray III, both of whom can play at the power forward. Last year, wing Dibaji Walker had to play the power forward slot.

This edition of the UMass Minutemen will be one of the younger teams, if not in the nation, then likely in the A-10. There are four incoming freshmen plus the redshirt freshman Weeks. Walker is the only junior, while American University transfer Mark Gasperini is a graduate student.

The lone senior is Carl Pierre, who averaged 12.1 points per game.

"I just give him so much credit," McCall said of the Boston College High School graduate. "There's been so much change and turnover since [both he and McCall] came at the same time. To see him still here, trying to lead, being vocal and working very hard each and every day, I'm very proud of him. We all want this as a program, for him to end his UMass career the right way."