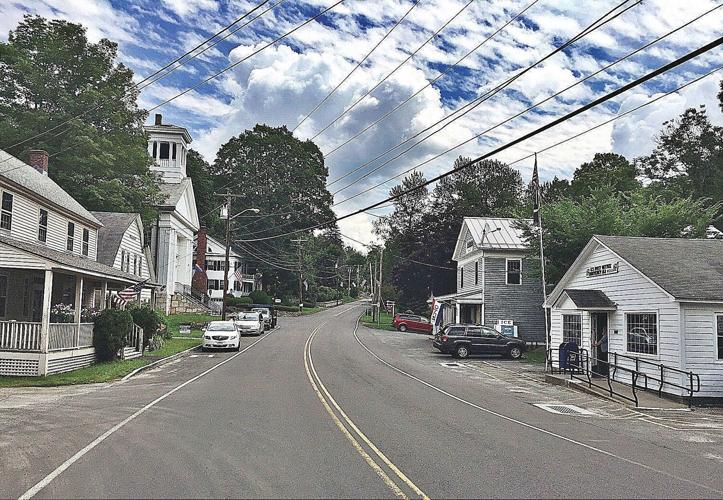 The Monterey General Store, gray building second from right, is shown here on the right side of the street. 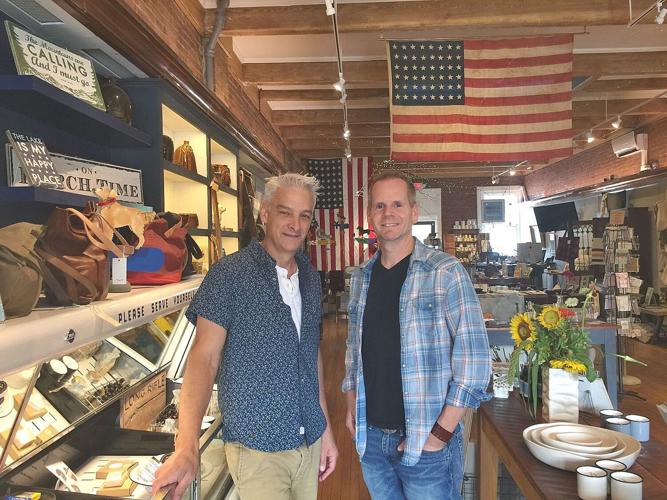 Chapin Fish, left, and Kevin Fish, in their Great Barrington store, Farm & Home, also headquarters of Brockman Real Estate. The couple plans to renovate the Monterey General Store and restore it as a community hub.

The Monterey General Store, gray building second from right, is shown here on the right side of the street.

Chapin Fish, left, and Kevin Fish, in their Great Barrington store, Farm & Home, also headquarters of Brockman Real Estate. The couple plans to renovate the Monterey General Store and restore it as a community hub.

MONTEREY — Since its doors closed in February, it's been a badly missed pick-me-up stop in this very rural stretch of southeast Berkshire County.

Any neighborly chatting or gossip has, likewise, had to move to another location.

But the Monterey General Store, in the village since the 1790s, will rise again, into something a little different — though we can't say exactly when.

"We're meeting with the architect now, the [town] building inspector, and contractors to develop the plans, have a sense of what we want to do — we want to make sure it's possible," said Kevin Fish, who bought the Route 23 store in July for $185,000 with his partner, Chapin Fish.

Owning a general store might be likened by some to having a passel of toddlers — in its traditional form, it's known to be an undertaking with punishing hours and thin profit margins, and not much left over for upgrading and fixing.

The Sandisfield couple said the place needs quite a bit of renovating and repair before residents of Monterey and the surrounding towns can once again pop in for a gallon of milk, meet up for coffee, or eat what Kevin Fish hopes will be "a good egg sandwich."

The men, who have lived in the area since 2001, do have a strong vision, however: They will continue to stock basic food like eggs, milk, butter and bread. There will be a lunch and breakfast cafe serving "simple" food that will be locally sourced when possible. There will be a bar that will serve beer, wine and "artisanal cocktails." There will be fine service, ice cream seasonally, newspapers and coffee.

And like former store operator Scott Edward Cole, they will have a mercantile that will be a smaller version of Farm & Home, their Great Barrington shop that doubles as Brockman Real Estate, of which Chapin Fish is the owner-broker.

Chapin Fish said that upon opening, he isn't yet sure if he will continue to operate the Great Barrington store or move it to Monterey. To make it work, the Fishes say they have to be as versatile as they can — and make it as special as possible.

"It has to be a destination, otherwise it can't be a viable business," Chapin Fish said. "An affordable, welcoming place."

"We want to create a space that people love and want to come back to," said Kevin Fish who also works for the real estate company. "We realize that it's going to be a destination, so we want it to have a lasting impression."

"You need everyone," Chapin Fish said of casting a wide net for customers, beyond the roughly 950 residents of Monterey.

Standing in Farm & Home, with its 1860s butcher shop counter, one can see the vibe the couple, married in 2012, will go for.

"A contemporary modern general store," Chapin Fish said. "Everything here is useful. Almost every single thing in the store is made in America."

They're looking for old beams to add to the new store, and using old photos for guidance. "We want the place to have a sense of history," Chapin Fish said.

They're not giving up real estate to do this, either, Kevin Fish said, to combat the local rumors. "Definitely not — it's allowed us to do a lot of what we want," he added.

Neither would so much as speculate about when the Monterey store might be ready.

"The goal is to get it done as soon as possible," Kevin Fish said. "But it's out of our hands."

The septic system could limit the number of seats in the cafe, the couple said. They said for this reason they are going to install efficient equipment and a meter to track their water usage, which might, in the future, help them expand.

The Konkapot River flows behind the store, and that makes for a delicate environment and stricter regulations.

The couple say that working closer to home will make raising their three children easier. Chapin Fish said they are committed to this venture that they hope will restore the community hub.

"Living in Sandisfield, we know what it's like to have a town that you drive through, and it's hard not having that magnet, that heart of the community where people can gather and talk and exchange ideas and hang out."