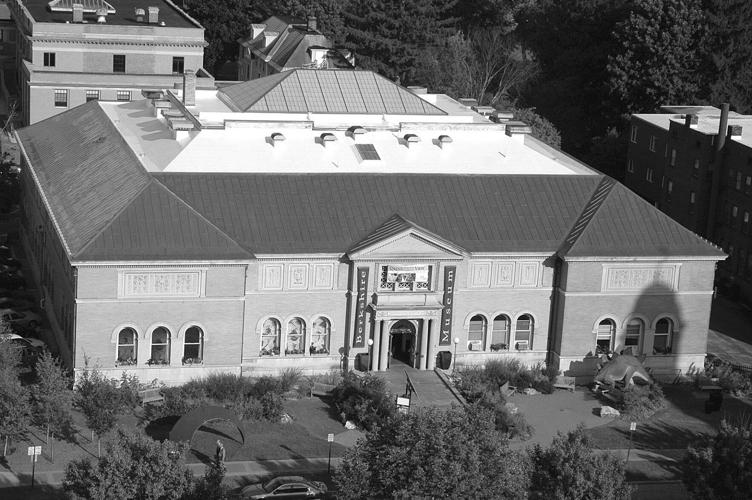 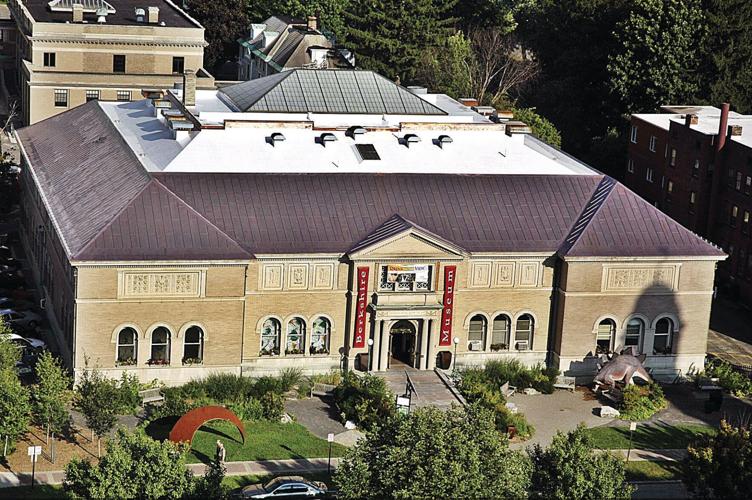 Most of the 40 artworks set to be sold by the Berkshire Museum have been moved to Sotheby's New York in preparation for the upcoming auction. Two marble sculptures remain at the museum -- for now.

Most of the 40 artworks set to be sold by the Berkshire Museum have been moved to Sotheby's New York in preparation for the upcoming auction. Two marble sculptures remain at the museum -- for now.

PITTSFIELD — The majority of the artwork Berkshire Museum intends to sell at auction has left the Berkshires.

The museum announced plans earlier this month for a $60 million "reinvention" largely dependent on the sale of 40 works from its permanent collection at auction.

All but two of those works have been transferred to auction house Sotheby's New York, said Van Shields, museum executive director.

Museum leadership has previously said it would not disclose the location of items in its collection, citing security reasons. But Shields said he agreed now to disclose the information "because you asked — and now it's now secure."

The majority of the works are 18th, 19th and 20th century American and European paintings, but the list also includes works on paper, Asian artifacts and sculpture.

Two marble sculptures, "Penelope," created by Franklin Simmons in 1884, and Giulio Tadolini's 1881 work "Judith," are the two that remain at the museum, for the time being.

Museum leadership has said it anticipates at least $50 million from the sale of the works; $40 million of that will be used to boost its endowment and the rest will help fund a planned $20 million renovation.

Without the sale, the museum would close within eight years, museum leaders have said.

Its plans will also help transform the 114-year-old venue into a space that meets the needs of the community and 21st century audiences, including a renewed commitment to science and natural history.

To arrive at its vision, the board spent about two years studying options and gathering feedback from about 400 community members, museum leadership has said.

The plans have caused controversy, locally and nationally, and attracted international attention — even Al-Jazeera has inquired about the story, Shields said.

The 40 works represent less than 1 percent of the museum's fine art collection — 2,395 works — which include 440 paintings, 91 sculptures, 248 Asian works and 277 works on paper, which are the types of artwork headed for auction, according to the museum.

Critics of the decision have said it is not the number of artworks being sold, but their quality and regional significance that are of concern.

Former Stockbridge resident and painter Norman Rockwell often used locals as models for his works and pieces by Frederic Edwin Church, of the so-called Hudson River School painters whose work centered on the nearby Hudson River Valley, are among the artists whose works will be sold by the museum.

Shields, Elizabeth "Buzz" McGraw and Ethan Klepetar, board of trustees president and vice president, respectively, said in a meeting Wednesday they understand the opposition some people have expressed.

"You can overlay the stages of grief with all of this," McGraw said. "[The public] haven't processed this fully. We need to help them get through their anger. The board has processed it. We are on the other side of it."

The decision to sell the 40 artworks was not made lightly, they said.

When the concept was presented in 2015, among many other ideas, she said she and other board members bristled at the idea of selling artwork from the museum's collection. But as it studied its options and researched deaccession, the museum world term for selling pieces from its collection, the board determined it was required to assure the museum's long-term financial health.

"The board did an incredible job of thinking about the mission of this organization and the needs of the community," Klepetar said. "That is really important to me."

Sotheby's could not be reached prior to deadline. But its website lists a number of autumn dates for the type of artwork the museum plans to sell.

"This is not easy. I love these works of art," Shields said. "We are very excited about what we are doing. But we totally understand why some people are not."