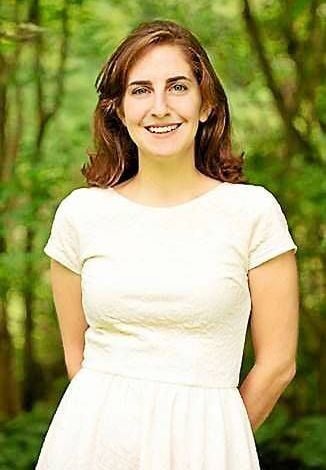 Kari Giordano will receive the Kapteyn Prize on Sunday. 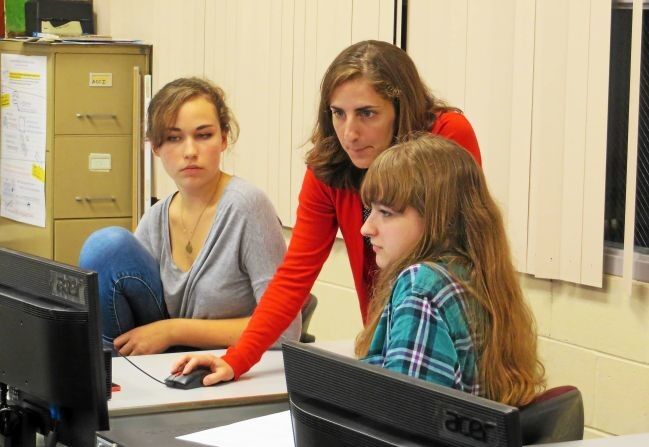 Kari Giordano offers students some pointers last Thursday during her graphic design class at Mount Everett Regional School. The art and design teacher is this year's recipient of the Kapteyn Prize for excellence in education.

Kari Giordano will receive the Kapteyn Prize on Sunday.

Kari Giordano offers students some pointers last Thursday during her graphic design class at Mount Everett Regional School. The art and design teacher is this year's recipient of the Kapteyn Prize for excellence in education.

SHEFFIELD — Mount Everett Regional School art and design teacher Kari Giordano granted her students creative license for the new school year, with one caveat: "You have to know the rules to break them," she said.

The Lee resident has been teaching art, design and photography at the school for a decade, and worked prior in the graphic design industry for various publications. During her tenure, as she's made more strides and grown her confidence as an educator, her contributions to the school's academic and enrichment programs have had a distinctive influence school culture as well as on others in her field.

For this, at 1:30 p.m. on Sunday, Sept. 20, Giordano will be officially awarded the seventh annual James C. Kapteyn Prize for excellence in education. The ceremony is open to the public and will be held at the school.

According to the Berkshire Taconic Community Foundation, which administers the award, the $10,000 prize was established to recognize high school teachers in the region "of exemplary character and integrity who have made a career commitment to teaching and who lead by example."

"She's been a leader in so many ways in the school," said Southern Berkshire Regional School District Superintendent David Hastings, who entered the district the same year as Giordano. "She never sits still."

Giordano taught film photography, which has since transitioned with the times into digital photography. She's also taught a "Foundations of Design" course, two- and three-dimensional art classes, independent art and design studio courses and has coordinated internship programs for students in grades 7 through 12.

In her Spring 2014 "Foundations" class, Giordano challenged her six sophomores to research, designed and publish a children's book for the district. "Benny Everett's First Day" was informed by student interviews and features student artwork, and continues to be used to alleviate preschoolers' apprehensions about going to kindergarten. In a nomination, one of her colleagues described the project as one of "the finest examples of a teacher-developed, student-centered project" they have ever seen.

In other collaborations, Giordano's students have worked with members of the Sheffield Senior Center. The teacher has also been the recipient of grant funding for other student enrichment projects through Berkshire Taconic's Eagle Fund and the Massachusetts Cultural Council.

For the past three years, she and her students have produced the school's full-color yearbook, contracting only with a printer, thus creating a personalized memento and saving thousands of dollars in outside design costs.

Giordano also serves as varsity cheerleading coach, heads the school's arts and literature magazine, plays in the orchestra alongside her students and has participated in physical education fitness challenges. She's advised the school's prom committee, and also organizes fundraising campaigns to help cover costs of events and programs some individual students may otherwise not be able to afford to participate in.

A self-proclaimed lifelong learner, Giordano said she tries to make school a personal and positive experience for her students.

Of her role, she said, "It's the kind of job that you are able to spread your focus. I'm able to take what I find unique and inspiring and put that into my lessons ... Here, we have the kind of environment where we get to know each other. It's nice to have that foundation for teaching," she said. "It's a brilliant way to spend the day."