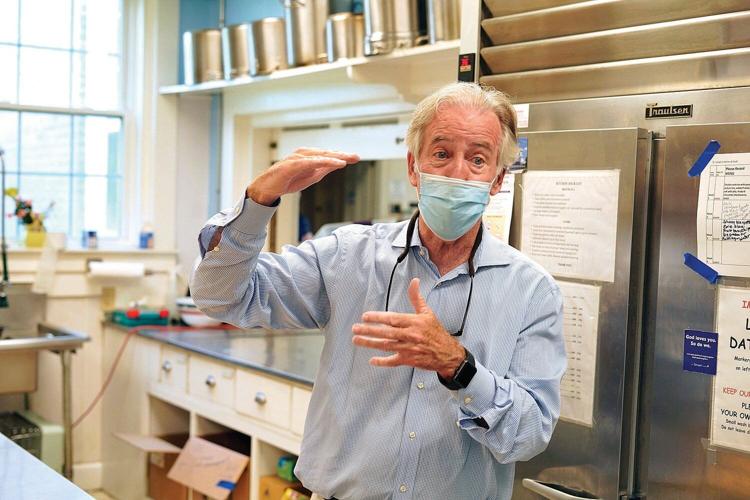 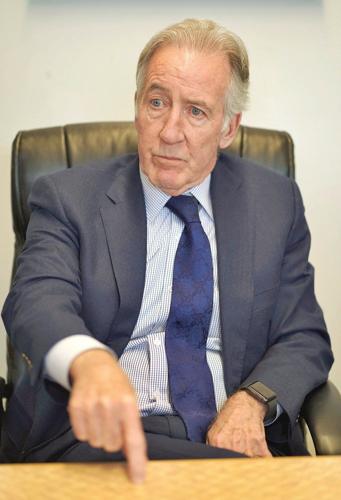 As he navigates his 16th bid for reelection, ahead of the Sept. 1 Massachusetts Democratic primary, U.S. Rep. Richard Neal, D-Springfield, consistently has pointed to his expert knowledge of Washington as a reason that constituents should keep him in office.

As he navigates his 16th bid for reelection, ahead of the Sept. 1 Massachusetts Democratic primary, U.S. Rep. Richard Neal, D-Springfield, consistently has pointed to his expert knowledge of Washington as a reason that constituents should keep him in office.

STOCKBRIDGE — The question came from the back of the tent, posed to U.S. Rep. Richard Neal about his response to COVID-19 and the wild ride that 2020 has been.

"What do you feel has served you the most from all the experience of your career?"

Neal, who has served as a congressman for parts of Western Massachusetts since the late 1980s, gave a brief answer about the power of representative democracy, then broke into a smile.

"I just would say this," he told his audience of a dozen arts leaders from around the Berkshires. "I'm nothing, if not an institutionalist."

As he navigates his 16th bid for reelection, ahead of the Sept. 1 Massachusetts Democratic primary, Neal consistently has pointed to his expert knowledge of Washington as a reason that constituents should keep him in office. His progressive challenger, 31-year-old Holyoke Mayor Alex Morse, takes the opposite position, arguing that Neal is the vestige of an antiquated Washington elite who needs replacement.

Neal has been on a roll since the start of the coronavirus pandemic, writing and negotiating a handful of big, Democrat-led bills. The coronavirus relief package, known as the CARES Act, was laid out by Neal along with House Speaker Nancy Pelosi and Treasury Secretary Steven Mnuchin.

Two other bills with Neal's imprint — a mammoth infrastructure plan and an additional coronavirus relief package — have passed the House and are going through negotiations among party leaders. Neal suggested that infrastructure spending is most likely to move forward after the November election — if the outcome changes the political picture in Washington.

Neal's appreciation for landmark bills is part of his political philosophy, which he expounded on while speaking to the arts and culture leaders July 10 at the Norman Rockwell Museum in Stockbridge.

"The great things that have happened in American history have come from legislation," he said. "That's where the power of the idea plays out."

Neal, a former teacher at Cathedral High School in Springfield, went on to give his listeners a civics lesson. He explained the techniques of negotiation and recounted tales of political hardball from the 1960s that led to historic Democratic successes, such as the Civil Rights Act and the establishment of Medicare.

"This all happens, and it happens because the president had a big majority and he was determined to use it," Neal said, referring to the tenure of former President Lyndon Johnson.

It's a not-so-sly nod to what could happen in the 117th Congress if Joe Biden wins the presidency and Democrats take the Senate.

Neal said in a phone interview with The Eagle on July 23 that even if President Donald Trump leaves office, his Ways and Means Committee will continue to pursue the then-former president's tax returns.

"This is a case that is going to reverberate throughout American history, if handled carefully," Neal said. "I will pursue the case. It's about policy, not about the politics of the situation. It's about the law. It's about the role of Congress overseeing the executive."

Not all boxes checked

Neal, now at the zenith of his career as chairman of the powerful committee, is poised to usher some major initiatives through Congress — perhaps elevating him to the level of his institutionalist heroes like Johnson.

But, Neal's monumental legislation doesn't check all the boxes for members of the Progressive Caucus, which Morse has pledged to join if elected. When it comes to initiatives like single-payer health care and the Green New Deal — they are calling cards for progressives — Neal is more cautious.

Just look at the issue of climate change.

As part of his infrastructure push, Neal passed a tax-based environmental bill in July, dubbed the GREEN Act. The bill, which environmental groups have commended, would extend federal incentives for renewable energy that are set to expire in coming years, and offer new incentives for clean energy storage and offshore wind projects, among others.

But, the GREEN Act doesn't include one tax-based climate policy that progressives widely support: carbon pricing. In an interview, Neal called the concept — it would charge entities for how much carbon they emit to reflect their long-term damage to the environment — a "valuable goal," but suggested that it could hurt a climate bill's likelihood of passing.

"You might get there," he told The Eagle, "but you also have to, in those instances, make sure you can get there. I think that the GREEN Act goes a long way towards getting us there."

The measure includes renewable energy credits, and incentives to buy and use electric vehicles, among other things.

Neal added that if he holds his seat, he would back efforts to pass legislation of the sort advocated by progressives.

While the two candidates might differ on policy, Neal insisted that the race is not about ideology, choosing instead to focus on his track record in Congress.

While Morse has, indeed, done that, the congressman believes that his record shows differently. A release from his campaign says the Berkshires raked in more than $70 million in federal aid for projects over the past seven years, something that Neal credits to his senior status in Washington.

"You still have to know where amendments have to be done, you have to know how legislation is poised and you have to understand who the people are that can make the difference in getting it passed," he said.

He also allocated coronavirus relief aid to some of the Berkshires' cultural institutions through the National Endowment for the Humanities, which was celebrated at the Rockwell Museum event last month.

At that event, local culture leaders approached Neal on a breezy patio and told him about their organizations, including one woman who represented a fledgling heritage site in South County. As she described her project to restore a historic building, Neal expressed interest, telling a staffer to schedule a visit to the site.

It's a testament to what, in Neal's mind, is his most powerful advantage. Not the $4.2 million of cash on hand he reported in the latest Federal Election Commission filing, not the endorsements of revered figures such as the late U.S. Rep. John Lewis, but the relationships he has formed in his three decades on Capitol Hill. And while progressive newcomers might topple Democratic institutionalists in other districts, Neal remains unapologetic about his traditional Washington pedigree and the practice of "give-and-take democracy."

"When we were in the minority, I always staked out my position to get my amendment included, even if I wasn't inclined to support the bill," he told his audience at the Rockwell. "I will entertain [Republican] amendments if I think they're good; I want them to vote for the bill."

"It's more of a measured approach," he said, "but you can tell I like that as well."