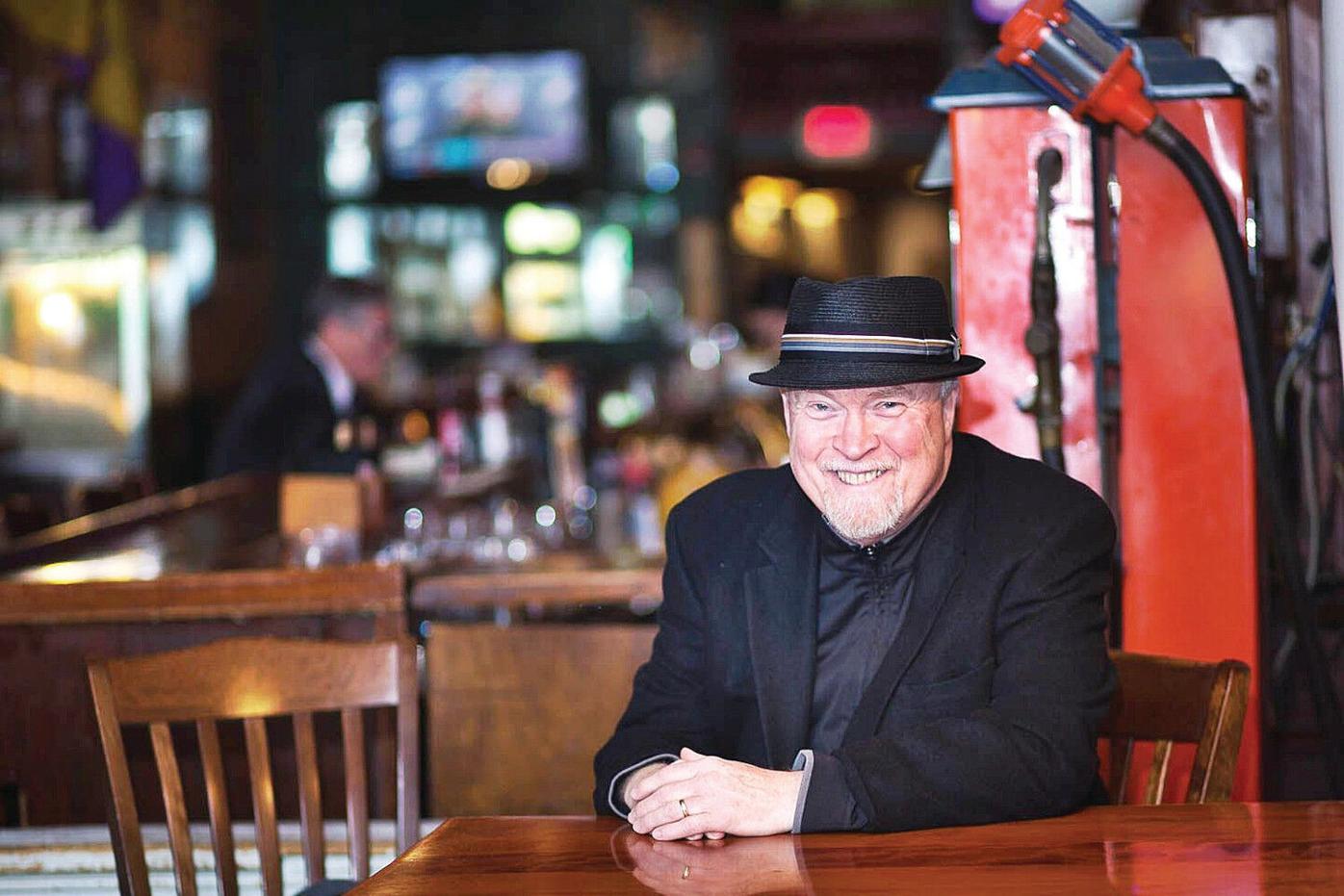 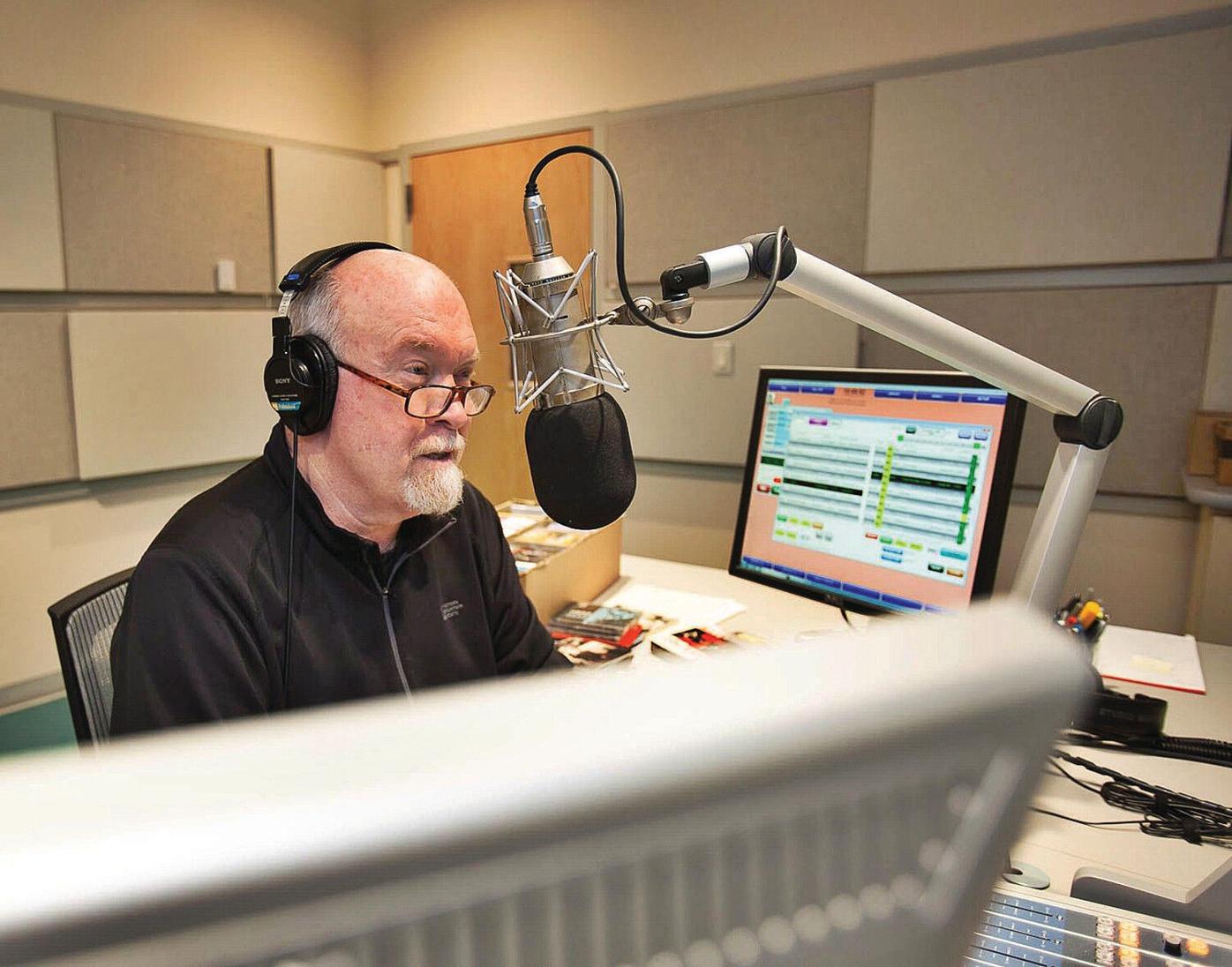 Since August of 1984, the Holyoke resident has been hosting "Jazz la Mode" on NEPR. Every weekday from 8-11 p.m., Reney provides listeners in Western Massachusetts and beyond with sets of jazz tunes that he hopes are both accessible to a broad audience and representative of some of the genre's vast musical terrain.

"In a way, 'Jazz la Mode' has always been a little bit of a reflection of the entirety of jazz, with at least one caveat, which is free jazz, the more wildly, freely expressive sound of jazz of the '60s and since. [It's] a very, very difficult and challenging thing for most people," Reney told The Eagle during a telephone interview on Wednesday. "I recognized very early on that it would be virtually impossible [to have] a full-time jazz format on a major public radio station with a format that was devoted to free jazz. I've pretty much maintained a mainstream approach."

Monday is International Jazz Day, a United Nations Educational, Scientific and Cultural Organization (UNESCO)-coined occasion that prompts events associated with the genre in more than 190 countries. Yet, while UNESCO's designation temporarily shines a light on jazz's international influence, the genre finds more enduring torch-bearers in radio hosts like Reney.

During his shows, Reney tries to strike a balance between playing contemporary songs and historical ones, aiming for roughly 40 percent new and 60 percent old.

"I feel it's part of my responsibility to present music by new and emerging artists," the 64-year-old said.

But Reney's affinity for history was apparent when speaking with him on Wednesday. He had just returned from a trip down South, where he visited sites related to blues and soul music with a friend.

Reney had grown up listening to those genres during his youth in Worcester.

"Blues and soul were really kind of the formative elements of black music that I heard early and really felt moved by," he said, mentioning James Brown, Aretha Franklin and Otis Redding as favorites.

Reney also enjoyed listening to B.B. King, whom, he estimated, he saw play about 50-60 times. On his recent trip, he visited the B.B. King Museum in Mississippi.

"It was very impressive," he said.

During his youth, Reney had also taken an interest in jazz.

"As far back as I can remember, the black music that I heard or saw on television moved me. It was sometimes jazz figures like Duke Ellington or Louis Armstrong," he recalled.

"I was moved by something in Ellington's charisma, his style, his music to a lesser degree. It didn't turn me off by any means, but it was a whole different kind of sound," he recalled. Shortly thereafter, he reflected, "Ellington was kind of a portal through which I entered the jazz world."

Charles Mingus was another luminary.

"What I heard in Ellington and Mingus and probably most of the jazz that I was attracted to early on was ... a bluesy expressiveness, and blues harmonies, sometimes the 12-bar blues form. Ellington used it extensively, Mingus somewhat," Reney said. "They elaborated on it. They did it more complex than say a Delta blues band might have. I readily heard a kind of continuity between vocal African-American music — blues, gospel, soul — and the expressiveness and the spontaneity of jazz musicians and jazz improvisers."

Some of Reney's Worcester peers also took to the genre; others found it too complex, yearning for lyrics. In addition to the music itself, social and political forces fortified Reney's connection to music dominated by African-American artists.

"What I think drove a deeper passion around the music was that I was growing up in the '60s when the civil rights movement was a very fresh, vital matter before the nation," he said.

"I heard racist language and madness around me from early on in my life. I found it repugnant pretty much from the start. My father probably helped me develop a sensitivity to that. He had been in the Deep South in the late '30s and early '40s, and it was a lot easier for [people] to recognize the more legally sanctioned levels of racism that were evident in the South [than] to recognize the racism that was right in our own backyards in the North," Reney said.

"Part of the blues that I had to deal with growing up was the expectation that I would prepare myself to take over this family business someday. And that was something I didn't fully resolve until I was in my mid-20s," Reney recalled, noting that it required severing ties with the business.

Reney didn't start college until his 20s. Before then, he worked for WCUW in Worcester, hosting jazz and blues programs. He brought a different approach.

"The station was suddenly establishing a new daytime jazz format, which I essentially was the host of, with a more mainstream approach to jazz. As I used to tease my colleagues, 'You know, jazz did exist before Coltrane left Miles Davis in 1960,' but you'd never know that from listening to the bulk of what was presented on this radio station [at night]," he recalled.

Reney also wrote about music for Worcester Magazine and the Valley Advocate, among others.

"I was getting a toehold in radio and writing before I ever went to college," he said.

Eventually, Reney arrived at and graduated from UMass, where he majored in English and American Studies. He subsequently landed at the then Amherst-based WFCR. (The station's studios are now in Springfield.) He had worked in radio for about seven years by then.

"Jazz la Mode" grew out of a weekly jazz show Reney hosted at the station. Initially, the program was 90 minutes.

"In some ways [it] seems like a short show, but it was actually kind of an excellent time frame for me to work with early on. It helped me focus very intensively on each and every day's show," he said.

He had multiple ways of structuring the program.

"I worked with themes a good deal early on: features on single artists, week-long features on an artist or a style or maybe an instrument, certainly birthday types of celebrations or commemorations and eulogies and memorial tributes to artists," he recalled.

Reney is still prone to using birthdays and deaths as starting points.

"I sometimes joke that they call me a deejay, but I'm really a eulogist. I've made so many memorial tributes," he said.

Creating sets of two and three songs, typically, is at the core of Reney's job.

"I love putting together music back to back. I think I have a skill and maybe even an intuitive sense of what works and how to build continuity and a kind of seamlessness at times, one cut to the next," he said.

He strives to pair complementary pieces rather than contrasting ones.

"I can be a little obsessive at times with what follows what. A lot of that is worked out in advance. I'm not on the fly that much anymore as a deejay. In fact, my show is pretty much already programmed before I begin the act of live presentation and announcing, and I generally have compiled a playlist. I have several hundred subscribers to a free email list. They're often getting the playlist before the show actually airs because I've got it pretty thoroughly worked out," he said.

Reney also hosts a podcast, JazzBeat, and authors blog posts on NEPR's website. Like media, jazz can be segmented, but Reney has sought to keep radio and jazz relevant to as many listeners as possible over the years.

"In one or way another, an individual like myself, given the privilege and the responsibility of presenting the artform on the radio, has got to be deeply engaged — it cannot be sustained for five nights a week for long, never mind for 30-something years — without a kind of vision behind it," he said, "and I hope that I've conveyed something of that vision of mine that I bring to this job as host and producer of the show."