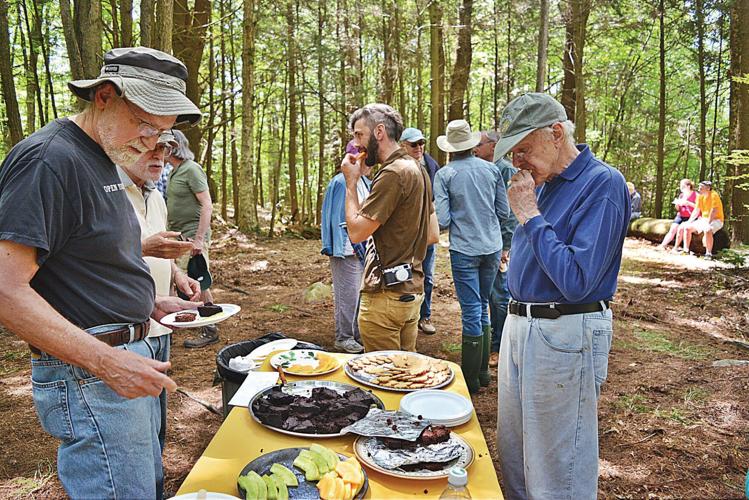 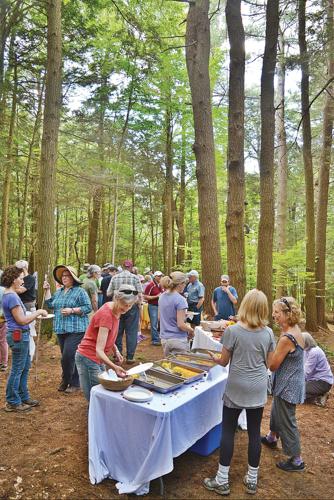 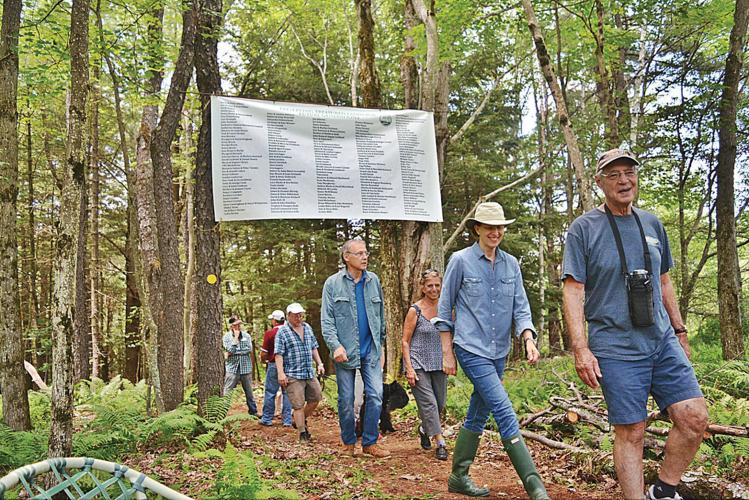 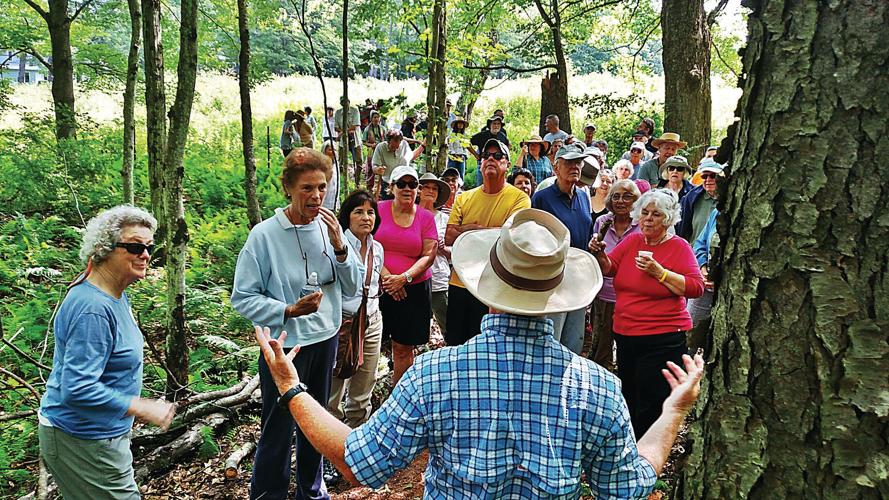 new Marlborough Land Trust President Ian Devine (back to camera) welcomes hikers to the opening of new trail at the New Marlborough Preserve.

new Marlborough Land Trust President Ian Devine (back to camera) welcomes hikers to the opening of new trail at the New Marlborough Preserve.

NEW MARLBOROUGH — The Berkshires' newest hiking trail is a rugged trek through a pristine part of town that hasn't been explored for years — until now.

The 1.3-mile loop walking path winding through the New Marlborough Preserve follows a deep, scenic gorge along the Willow Creek. About a third of the way in, a natural opening designated as a picnic area gives the best view of the gorge.

The occasional rocky terrain of the trail leads through mostly forested land, partially bordered by the Umpachene River. After a steep hill climb around the 1-mile mark, the trail levels out and returns to a field with limited parking near the Route 183/57 intersection.

The trail provides plenty of options along the way.

"It's a beautiful hike in an area not densely forested with great views," noted Suzanne Hudson of Pittsfield.

"There is a place to stop and picnic or stick your feet in the river," added Ron Brecher, who helps maintain part of the Appalachian Trail in South Berkshire.

Brecher knows the preserve trail best as he laid out the course, constantly tweaking the layout as volunteers blazed the natural footpath in time for Sunday's dedication.

The land trust celebration was dubbed "Hike-able Feast" with fine local cuisine awaiting the roughly 50 people who hoofed the first portion of the trail. About a third of the heartier souls completed the loop for the inaugural public hike.

Gedney Farm, a stones throw from the preserve, provided the appetizer with watermelon gazpacho. The Flour Bin served up the main course of the outdoor brunch of frittata and salad greens, made with ingredients courtesy of Mill River Farm, The Farm New Marlborough, Berkshire Bounty Farm and Monterey Chevre.

Given granola or energy bars are typical hiking nourishment, Paul Gniadek was impressed by the unexpected fare.

"I'm having gazpacho in the woods," he said in an astonished tone of voice.

More astonishing is the project took just six months to complete after the land trust bought the 114-acre property, raising the necessary $260,000 in less than three months to meet a Dec. 31 sale deadline.

"That says a lot about the community to marshal the funds in a short period of time," said New Marlborough resident John Valente.

Nearly 200 individuals, land groups town entities and businesses contributed to the land trust's single-largest acquisition in its 34-year history. To date, the nonprofit organization has secured 589 acres — mostly donated — since the group was formed in 1983.

Adjacent to the village of New Marlborough, the preserve was once part of the the 245-acre Kolburne School campus that closed in June of 2012.

The remaining 131 acres, that include the private, therapeutic facility for high school age students, remain in separate ownership.

Little used, what is now the 114-acre preserve was little known to many, according to land trust vice president, Leslie Miller

"A lot of local people had no idea this was here," said the co-owner of Gedney Farm.

The trail should help acquaint the public with the property.

"This trail has it all. This is very welcoming," said Peter Tiso, who created the year-round trail map.

Land trust officials consider the preserve a key link to nearby conserved land owned by the state, The Trustees of Reservations and Berkshire Natural Resources Council.