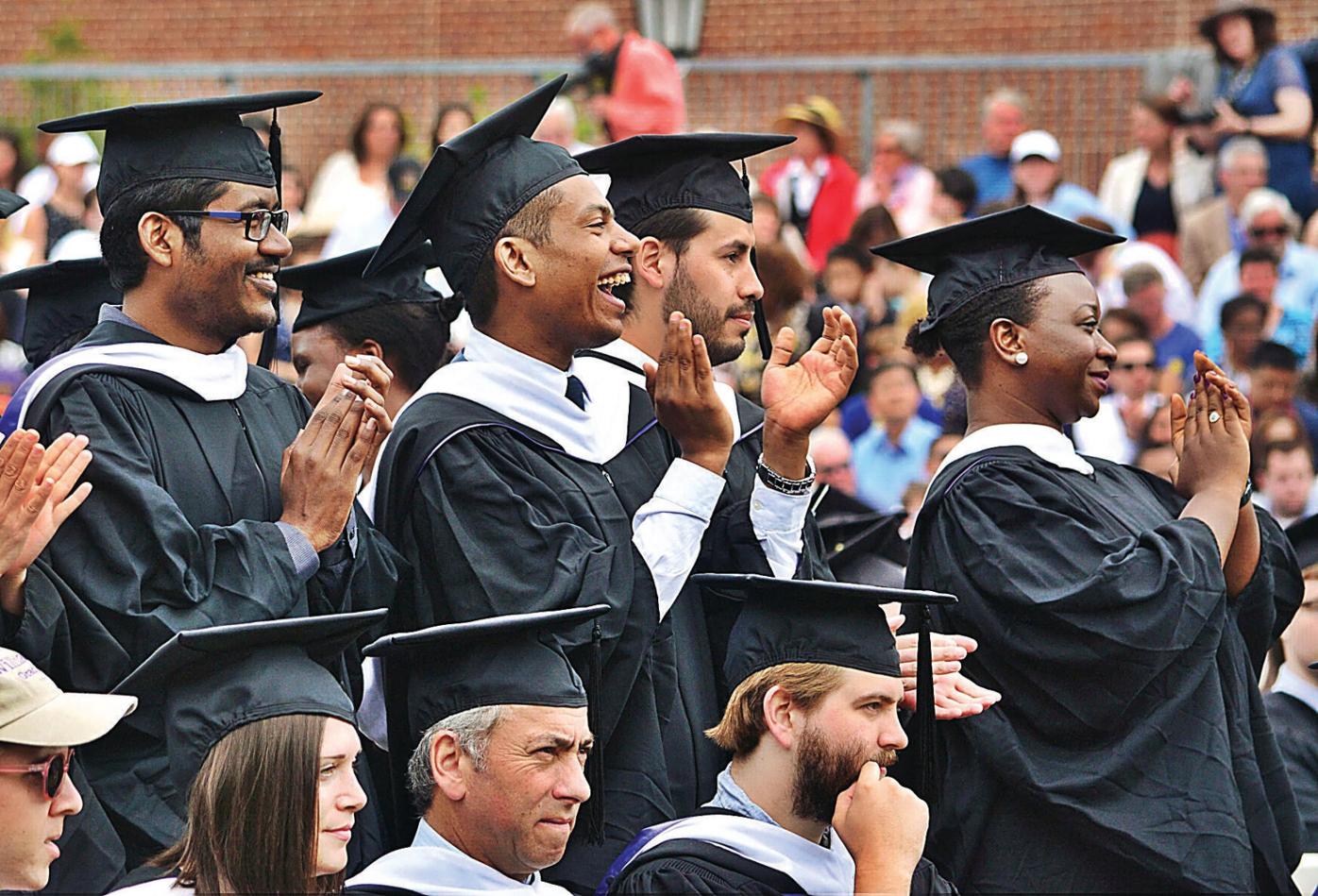 Candidates for degrees in the Master of Arts in Policy Economics appauld fellow graduates during Williams College's 228th Commencement Exercises in the library quad on Sunday, June 4, 2017. 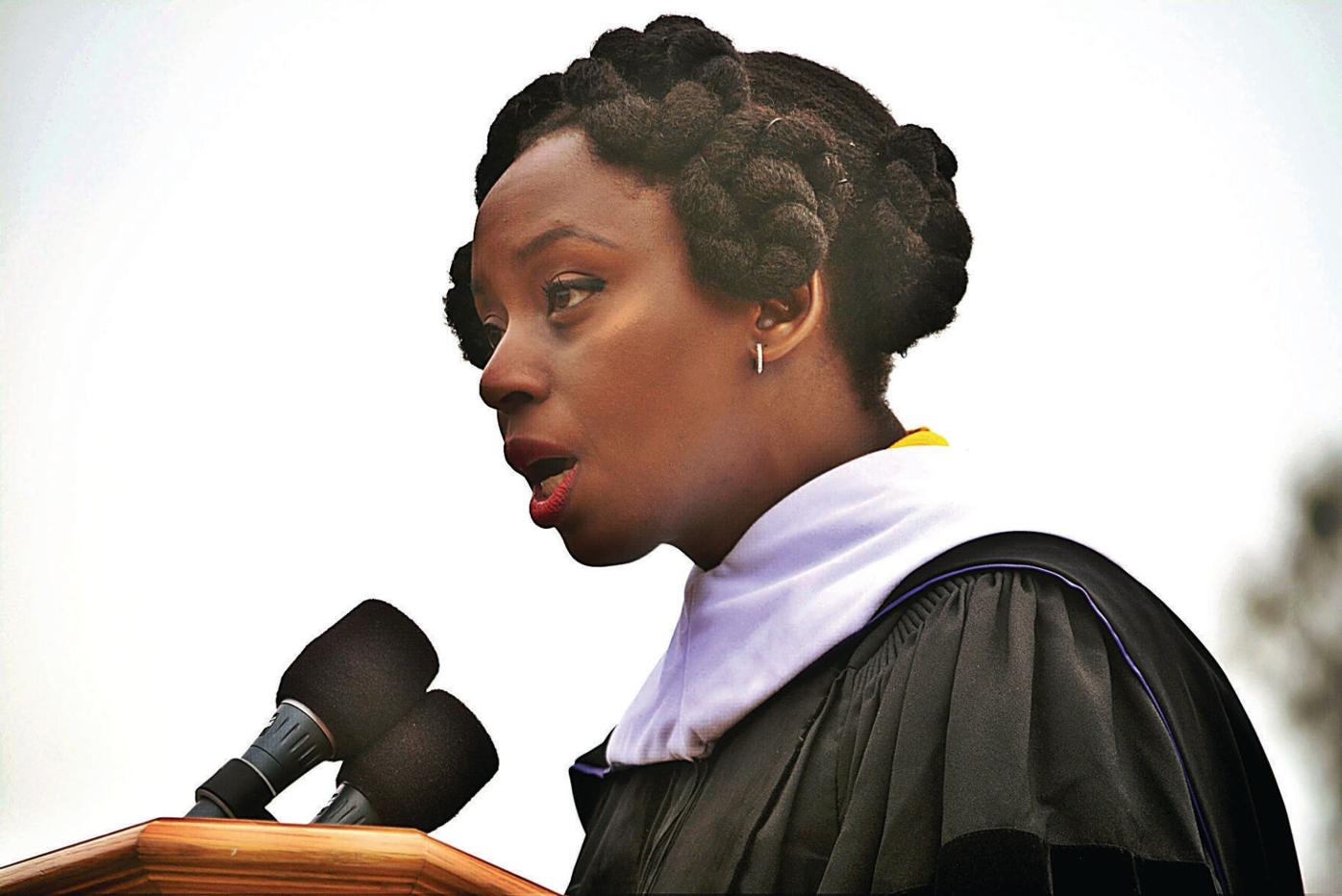 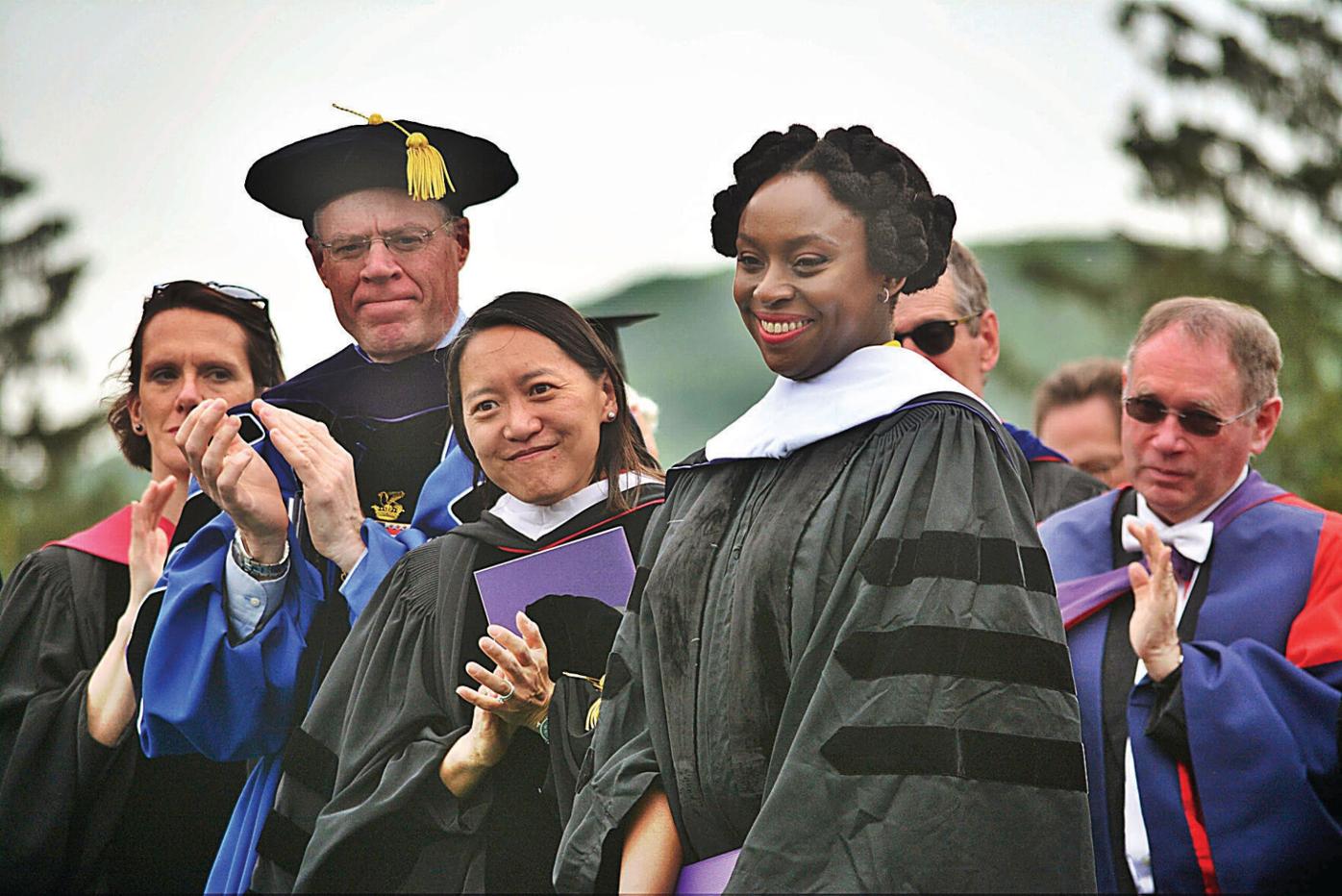 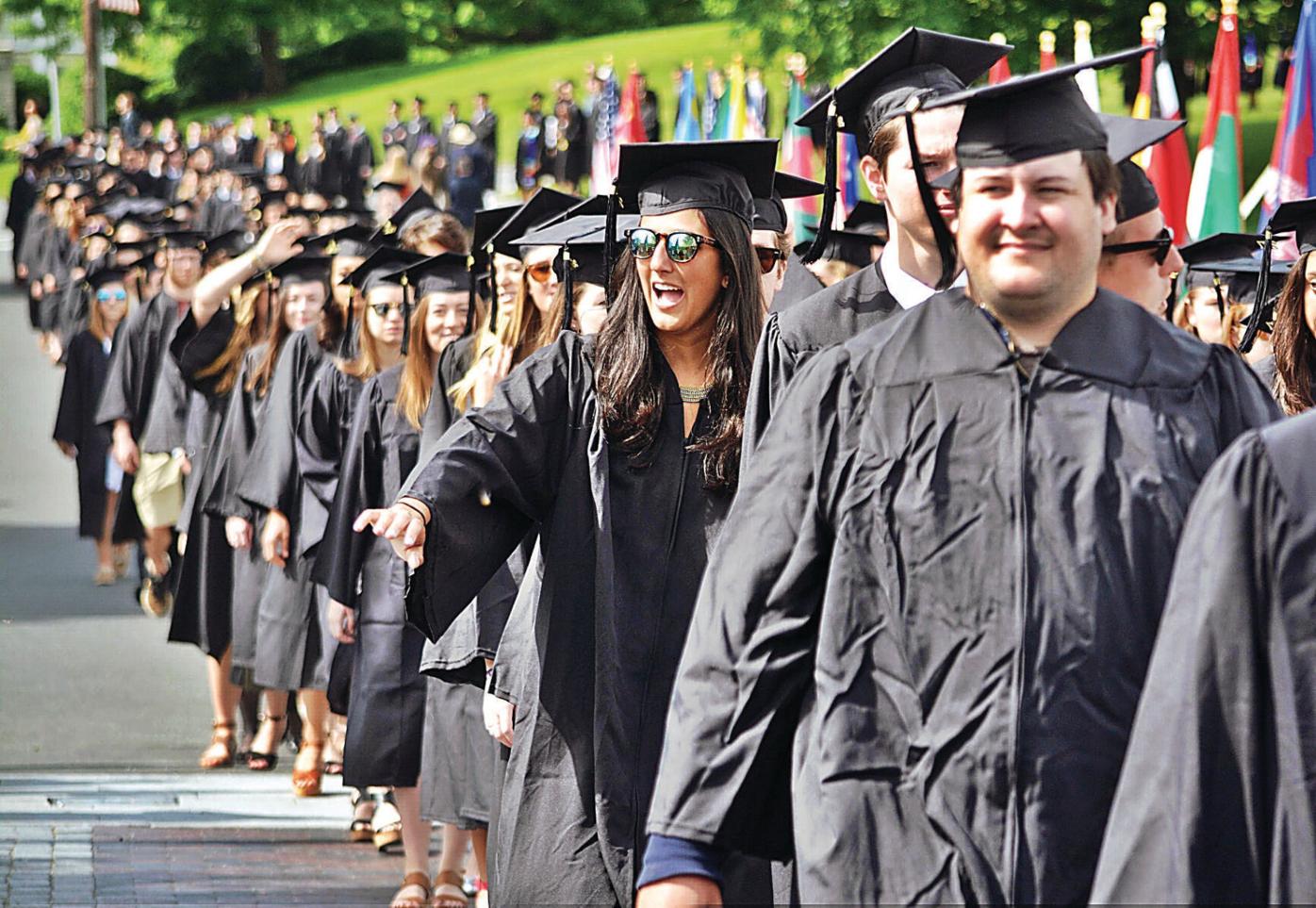 A graduate waves to someone in the crowd during the procession into the library quad for Williams College's 228th Commencement Exercises on Sunday, June 4, 2017.

Candidates for degrees in the Master of Arts in Policy Economics appauld fellow graduates during Williams College's 228th Commencement Exercises in the library quad on Sunday, June 4, 2017.

A graduate waves to someone in the crowd during the procession into the library quad for Williams College's 228th Commencement Exercises on Sunday, June 4, 2017.

WILLIAMSTOWN — In just minutes, hundreds of black-gowned students on the lawn before her would be handed the "fancy pants" degrees they'd worked so hard to earn at Williams College.

But first, a celebrated Nigerian writer called on them to see through the shroud of their experiences, and for many their privilege, and work to improve the experiment that is America.

"This is not a perfect country," said Chimamanda Ngozi Adichie, author of 2013's "Americanah," which won the National Book Critics Circle Award. "But it was built on an idea that was humane and beautiful and very much worth perfecting. What America will become is now in the hands of your generation.

"You cannot be complacent," she said, as gold and purple banners moved on the stage behind her at the college's 228th commencement. "You cannot afford to be complacent. Because democracy is always fragile. There is injustice in your backyard."

And in a political reference that brought sustained applause and cheers, Adichie told 525 undergraduate and 43 graduate students that creating a just society demands more than pushing from the political left or right.

"It requires people who know that incompetence dressed up as strategy is still incompetence. And still unacceptable," she said. "It requires resilient and resistant people who believe in the true idea of America and in the idea of truth and in just laws and who will constantly and consistently take a stand."

In another reference to contemporary politics, Adichie said she'd grown up in a nation governed by a dictator — and then issued a caution.

"I know how easily injustice becomes normal. I know how quickly, in the face of sustained mediocrity, we collectively lower our standards," she said. "So that unacceptable things suddenly become not so bad."

Adichie spoke after receiving one of five honorary degrees, following brisk and well-received remarks by three student speakers, a college tradition since 1901.

Jeffrey Rubel, of Dallas, Texas, the speaker chosen by his class, worked playfully to cast new light on the notion of "the daily grind."

Holding up a jar of sea glass, he said that the action of waves — a daily grinding of water and sand — buffs away sharp edges.

"There's no specific moment when this transformation happened," he said. "And this is how our lives work. The forces that polish us are always acting. And for us they are our everyday routines."

"And it's our Williams routines that have shaped us into the extraordinary Williams graduates that we are today," Rubel said.

Melanie Subbiah, of Norwich, Vt., selected to speak by Phi Beta Kappa, noted the importance of ordinary moments in life that seem to go unrecognized. Enter the grapefruit. She said she was floored one day to see a friend peel and eat a grapefruit like an orange, rather than cutting it in half and digging out fruity sections.

Yes, she's just talking about breakfast, Subbiah said. "But you can imagine other moments like this with far more profound reaches."

Like all graduates, she and her classmates leave on top, but soon enter a world that may seem indifferent to them, she observed.

"But sometimes someone will be watching, and it's these small local acts — of originality, of kindness, or resistance — that add up."

The Class of 2017 valedictorian, Caroline White-Nockleby, of Cambridge, stepped to the microphone to note that she had entered with the Class of 2016. That means she's had a glimpse, through the lives of friends, into what comes next.

What had the past year taught them in their first months after Williams? White-Nockleby presented outtakes from an informal poll she conducted.

People in the world steal stuff, she said. Others seem to have it all figured out, sparking jealousy.

Another friend told her: "The people who helped me through the year were often not just friends, but strangers."

And another: "I still feel like a kid sometimes."

Those vignettes led White-Nockleby to urge fellow graduates to keep absorbing advice. "Those we meet may be struggling, thriving, lonely or in love — or maybe all those at once. But they are human. And together, they are wise."

Adichie, the main speaker, is known for addressing gender equality issues in her fiction and non-fiction alike. She urged women listening not to fall victim to questions about the strength of their goals.

"Please own your ambition. Ambition is not a bad word," she said.

And when it comes to personal success, regardless of gender, people should not bank on luck.

Along with the 525 undergraduates, the college conferred 43 master's degrees, 13 to students in the Program in the History of Art and 30 to fellows from the Center for Development Economics.

Along one campus passageway flew flags of 53 nations, representing the origins of all graduates.