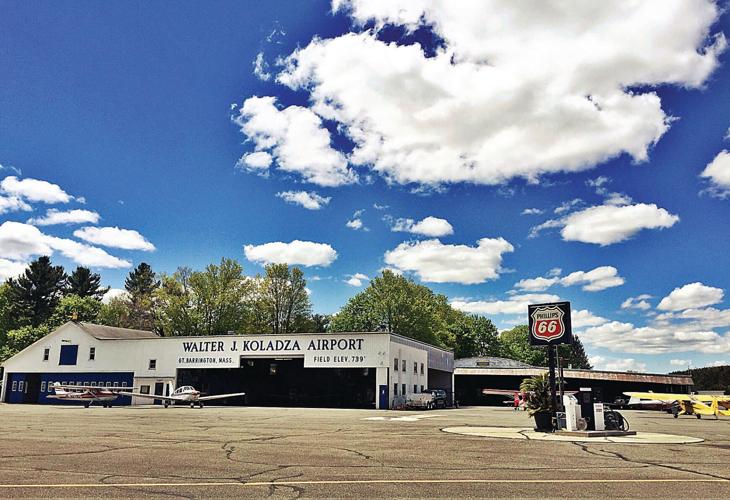 The airport's maintenance shed, left, and its self-serve fueling station. An above ground tank will replace the underground tank this sumner. 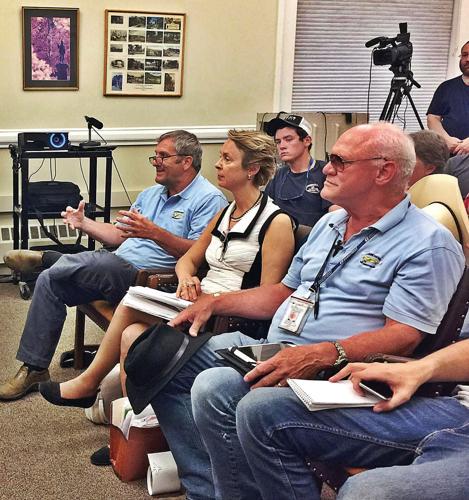 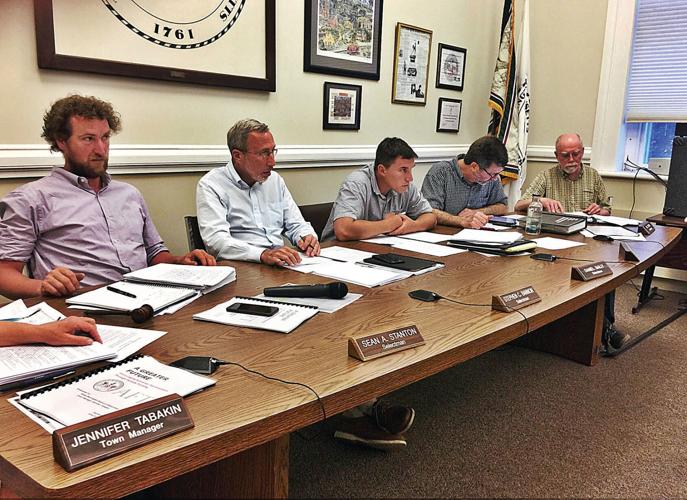 The airport's maintenance shed, left, and its self-serve fueling station. An above ground tank will replace the underground tank this sumner.

This story has been modified to correct the spelling of airport manager Kenneth Krentsa and the date of the next hearing.

GREAT BARRINGTON — First he shouted, then he blew a whistle as loud as he could to show the Select Board how rattled he is from airplane noise at his home near Walter J. Koladza Airport. Then he stormed out of Town Hall.

Everyone cringed at Jim Weber's outburst Monday. But it reflects the anger building since Berkshire Aviation Enterprises began its quest for zoning compliance in its residential/agricultural location so it can build three hangars and possibly expand its business.

Weber wasn't the only unhappy one. The room was packed and hot and so were the tempers, as the board struggled through its fifth public hearing on an issue that has grown complicated as airport abutters and neighbors accuse the airport's owners and manager of lying on numerous counts. They have brought up everything from noise to the possibility that the airport has contaminated the aquifer with lead from aviation fuel.

But little progress was made in a drama that will now stretch deep into the summer for the town Planning Board as well, since its three-hour site plan review on the hangars last week also ended with dangling question marks.

"I want to move this along," said board Vice Chairman Stephen Bannon, early in the hearing.

But near the end of it, board Chairman Sean Stanton said it wasn't moving, just before the board continued the hearing yet again, to July 10.

The airport came to be in the early 1930s, before zoning laws hit the books. Now Berkshire Aviation says it wants to build three 147-foot by 50-foot hangars so airplane owners have the choice to store their planes inside instead of tying them down outside on the grass.

Manager Kenneth Krentsa previously has said the hangars will also give the airport a much-needed stream of revenue from rental fees.

But neighbors say the hangars might increase air traffic and noise, create additional safety hazards, and possibly continue depositing atmospheric lead into the nearby environment.

Krentsa responded to original neighbor concerns about the location of the proposed hangars blocking pastoral views by moving them to a location where an old hangar already sits.

Many of the issues are now in a draft list of conditions that mostly limit its future expansion potential, and the board is weighing things like a limit on how many airplanes can be based at the airport, and how many flight school aircraft can be going at once.

But it hasn't been easy.

"I think some of the [conditions] are unenforceable," said Lori Robbins, Berkshire Aviation's attorney, noting that the state Department of Transportation Aeronautics Division can undo local rules imposed on airports.

"They can send me a letter," Bannon said of the DOT, when Robbins, throughout the hearing, said the agency could throw its weight around here. "I want the town to be in control of the special permit, not the DOT."

And attorney Richard Dohoney, who represents airport neighbors Marc Fasteau and Anne Fredericks, said the board should not be swayed by this "implied threat" that DOT will undo its work.

"You guys never bow down to that, and don't start now," he said. "The DOT looks out for the airport. You are the only ones looking out for the neighbors. You are not being policed by MassDOT."

The conditions about the number of daily flight sucked the hearing down the path of aircraft noise in a residential area.

One of Berkshire Aviation's owners, Richard Solan, a commercial pilot, said the airport already directs pilots to take a 10-degree turn to avoid irritating homeowners. It was this that set Weber on his whistle spree.

"You come right over my house," Weber shouted. "You can't even have a conversation [due to noise]."

After he had stormed out, Aine Ungar, who lives under the flight path, backed him up.

"While that [whistle] was very abrasive, that is what it sounds like on a Sunday morning," she said.

"It appears to me that since we asked for the hangars the airport is noisier," Krentsa said, "I don't understand that. We haven't changed our operations."

But the really big issue appears to be possible atmospheric lead from leaded aviation fuel that studies show is a source of pollution near airports, and a problem recognized and being addressed by the Federal Aviation Administration.

This was one issue where it appears some headway was made Monday. But it was also a stick of dynamite.

"I have lead in my water," said Joseph Krummel, an irate airport abutter. "I have two little children."

Things got dicey as Krummel implied that the airport allowed pilots to handle fuel in a lax manner.

"That is false propaganda," Solan added.

"We have two neighbors with lead," Bannon said. "We want to make sure it's not coming from you."

Koladza has a self-serve fueling station with an underground tank that will be removed this summer and replaced with an above-ground tank. The station is outfitted with a computerized leak detection system.

The reason for leaded gas is that smaller piston-engine aircraft that fly in and out of Koladza still require the leaded gas to prevent engine problems, though an unleaded alternative has recently been developed and is available.

Krentsa said that new gas is experimental and not in wide circulation yet. He also implied it would be more expensive.

But the board appeared serious about the issue.

"We're not experts in the field of water contamination, but we want to know that it's not a problem, and the onus is going to be on the airport to tell us it's not," Stanton said. "It seems that the problem is the lead in the fuel... we just don't know."

Fasteau and Fredericks said lead levels in their well and tap water are well above levels the Environmental Protection Agency considers safe.

Since their 13-year-old home has new pipes and fixtures, and they haven't found another source of lead on their property, they are worried that over the years, this atmospheric lead from the airport has seeped into the aquifer, affecting nearby wells.

Town water does not have elevated lead levels, however, according to the town water department.

"I think the only way to know is to get the [airport] property tested," Bannon said. "It's in everyone's interest to get that [lead issue] off the table."

"The board needs to decide how that's getting done," Stanton said. "Lead in aviation fuel is a concern," he added, wondering whether the airport would be denied the permit if lead contamination there is a reality.

No one had an answer.