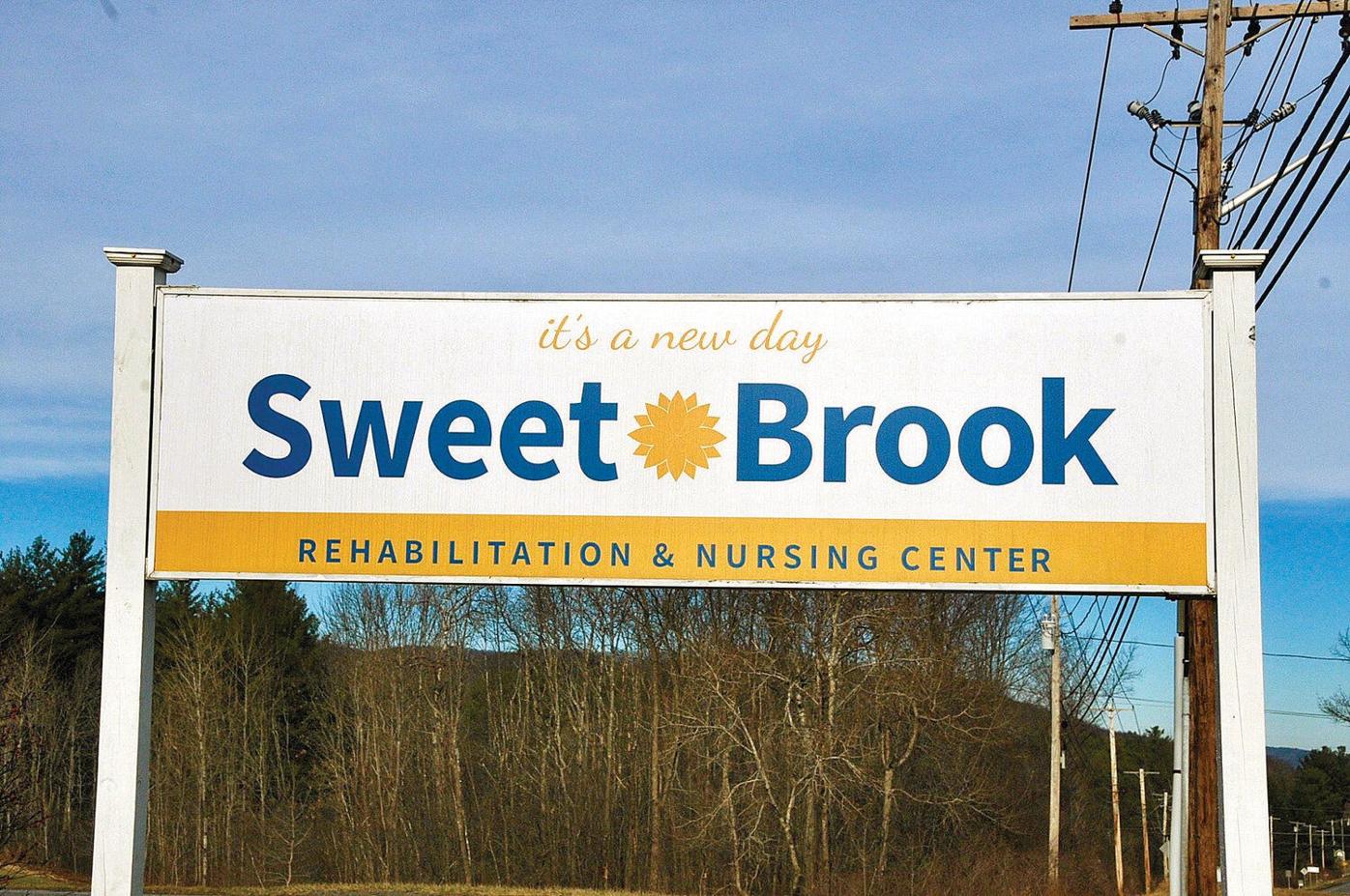 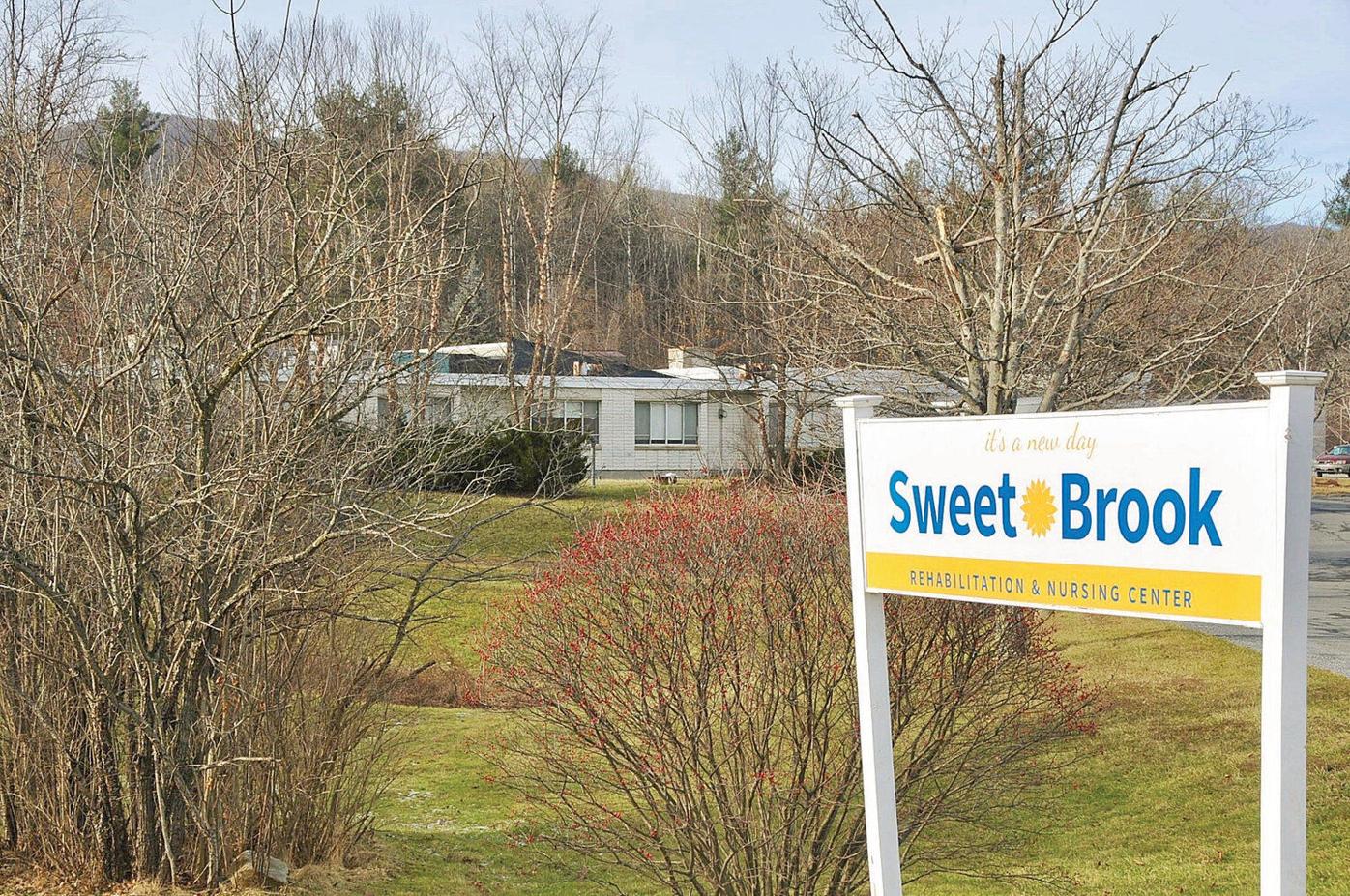 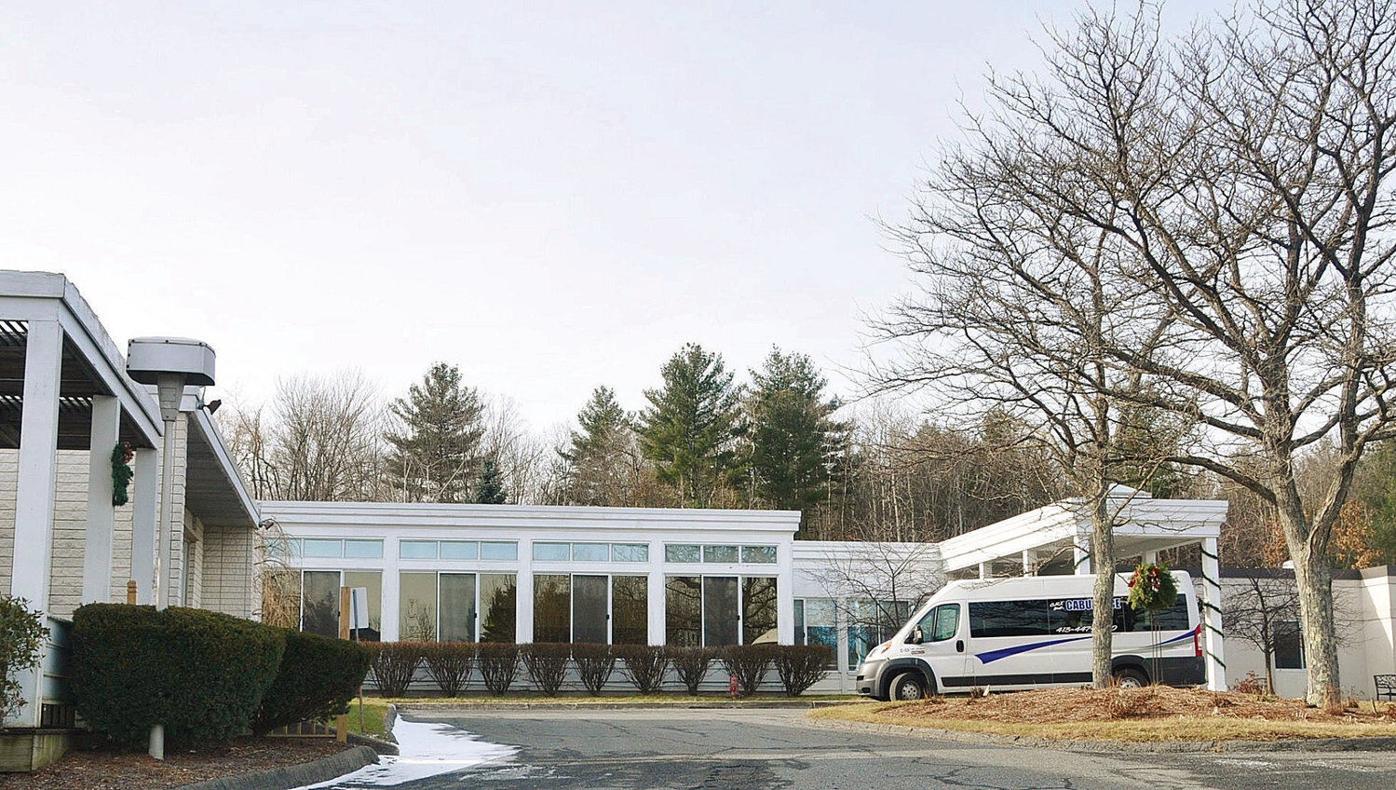 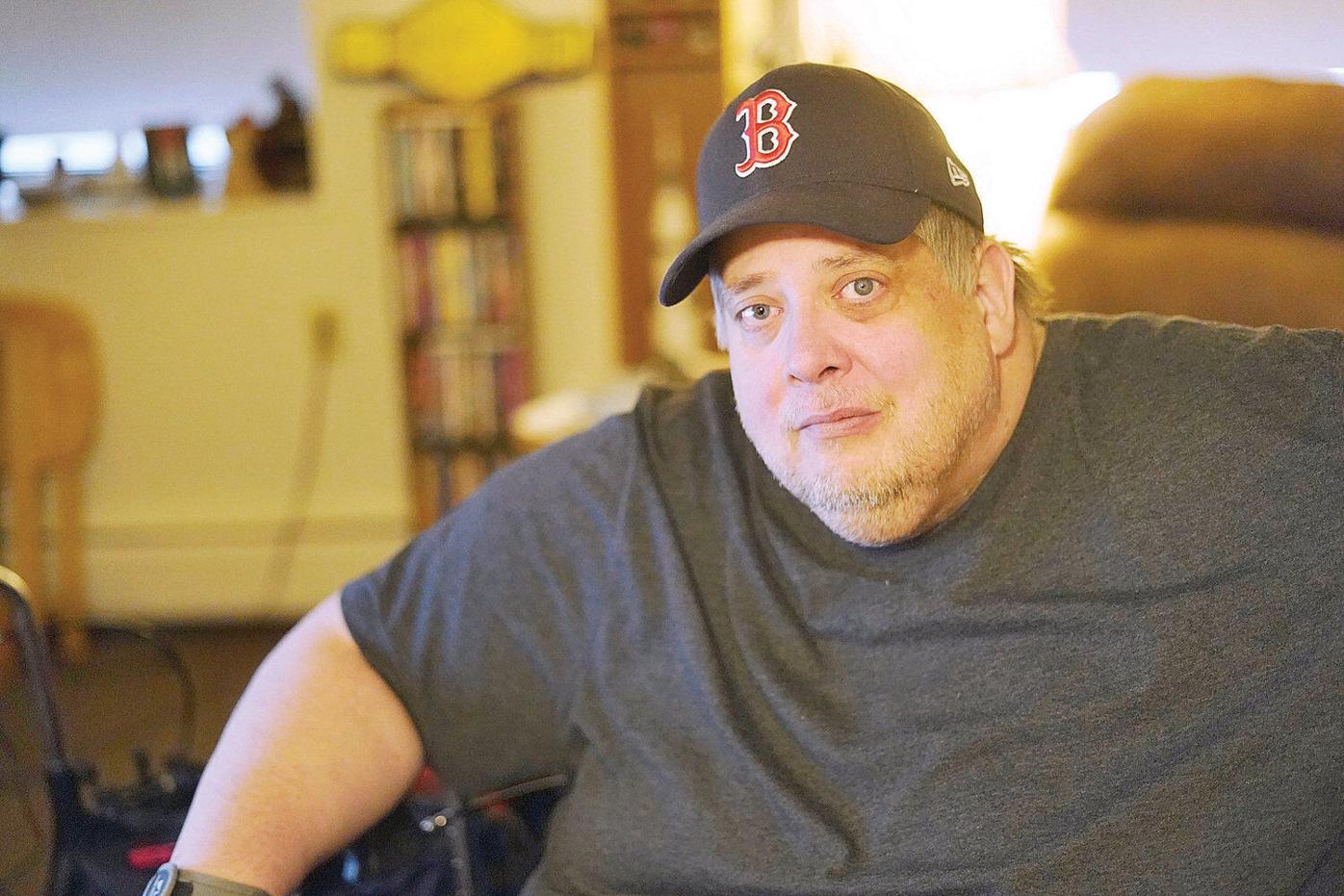 Mark Johnson says he endured his first night at Sweet Brook Rehabilitation & Nursing Center struggling to sleep beneath a urine-soaked blanket no one would change.

When Edward Gibeau was admitted last October, after injuring himself in a fall, he wasn't bathed once during his one-month stay.

Both former residents are convinced the lack of care they received at the facility contributed to disabilities they continue to suffer. They were prompted to speak out after The Eagle reported on deficiencies at the center documented by federal inspections.

Sharon Leblanc, the center's administrator, said Friday that Sweet Brook is making changes in the wake of critical inspections, seeking "to re-chart our course and regain the confidence of the residents we serve and their families."

Leblanc said a corrective plan it filed with the state is progressing. "We are now meeting or exceeding the standards set by the regulatory changes applied to all nursing homes throughout the country," Leblanc said in the statement. "However, this does not mean that our efforts to improve have concluded. We continue to identify areas of improvement and implement positive changes."

Sweet Brook, which is licensed through the state Department of Public Health for 186 beds, has been rated in the bottom 1 percent of nursing homes across Massachusetts. In the last year and a half, it has faced hundreds of thousands of dollars in federal fines for a laundry list of violations, including more than a dozen instances of abuse and neglect, as well as medication errors.

On Friday, state Rep. John Barrett III, D-North Adams, said he has requested that officials brief lawmakers on the center's progress in improving care. He said he acted after reading about the center's problems in The Eagle.

"There is absolutely no excuse for any of this. As far as I'm concerned, this is a serious issue," Barrett said. "A lot of the patients in there do not have an advocate or someone overseeing them."

Barrett said he became aware of patient care issues at the center before he took office in late 2017. After multiple people were fired in response to federal violations in 2017, Barrett said he thought the facility was improving. He said he now believes some of the individuals who were terminated around that time were used as "scapegoats" by the owners.

"My understanding was that they were getting their act together," he said. "This whole thing falls right on management and the owners."

The center has been owned since 2014 by Jeffrey Goldstein, Zaleman Horowitz and Alexander, Rochelle and Samuel Sherman.

Barrett said he was told that state officials involved in reviewing the status of care at Sweet Brook were aware of problems and looking into them. He declined to identify the officials.

"We need more action than just being aware of them," Barrett said. "It's just unacceptable as far as I'm concerned."

Johnson, who left Sweet Brook in March and now lives in a Dalton apartment, said that there were nurses at the facility who "went above and beyond" their duties to help patients. But overall, he believes, their efforts were not enough to prevent the regular abuse and neglect of residents, including himself.

It didn't take more than a few hours for Johnson to experience the kind of care he would receive in Williamstown.

When he was admitted in June 2017, he had no use of his right arm and limited use of his legs.

When he had to urinate, he called in a nursing assistant to help him use the restroom.

He said it was 45 minutes until someone responded to his call bell. Then a certified nursing assistant handed him a urinal to use.

"She just left without even assisting me," he said. "I ended up peeing all over the place. The sheets were soaked, I was soaked, the blankets were soaked."

For the months that followed, that kind of treatment continued, Johnson said. He'd sometimes wait more than an hour for a nurse to respond after he summoned help to his room.

Johnson was admitted to Sweet Brook to receive care for his arm, but during his stay he says he was kept in a wheelchair most days. Today, he said he has no use of his legs.

"While I was in there in rehab for my arm, they totally neglected my legs," he said.

In addition to his own mistreatment, Johnson said he was outraged at how staff treated his elderly roommate, who was dying of cancer.

At times, staff would swear at him for dropping a cup or bowl. If he fell asleep with his lights on, the responding CNA would wake him up instead of turning the light off themselves.

Many of the violations that Sweet Brook faced from the federal Centers for Medicare and Medicaid stemmed from the summer of 2017. In September 2017, several individuals in leadership roles, including the administrator, director of development and director of nursing, lost their jobs.

While violations were cited months after the leadership turned over, they were fewer in number.

Nonetheless, Edward Gibeau, who spent a month at the facility this fall, found conditions that shocked him and his wife.

Gibeau, 78, of North Adams, was admitted to the facility for rehabilitation in October after being treated at Berkshire Medical Center for injuries he suffered in a fall.

Immediately upon arriving, Gibeau's wife, Barbara, saw things that raised concerns about care. In addition to his private room being dirty, Gibeau, who is diabetic, was not fed a proper diet, she said. And she says she complained daily that her husband wasn't receiving the physical therapy that brought him to the center in the first place.

For hours, and sometimes overnight, Gibeau would be left in his own urine and staff would regularly respond to his call bell, turn it off and leave without assisting him, he said.

"You just rang that thing, they'd shut it off and you didn't know when they'd come back in," Edward

"Three-quarters of the time, they didn't even have a sheet on his bed," said

Barbara Gibeau, who worked at nursing homes for 15 years before retiring. "They would just leave him in a diaper and let him wet himself."

Arlene Germain, president of the board at the Massachusetts Advocates for Nursing Home Reform, said that when nursing homes are understaffed, they sometimes place older individuals in adult diapers instead of getting them to the restroom in time.

But if residents are left too long in soiled diapers, they can develop urinary tract infections, which can result in serious health problems for older individuals, she said.

"Sadly, corners are cut. We are talking about human beings and it's very serious," she said. "Sometimes the UTI will affect older people differently than younger people. It will look like dementia."

In her statement, Leblanc, the administrator, said the center took action after receiving what she termed "an unfavorable review" in 2017. She said Sweet Brook submitted a plan to the state DPH in late 2017.

"That plan detailed many of the initial steps we intended to take, including significant changes in management," Leblanc said. "We have been implementing those steps and are pleased to say that we have achieved a level of success ."

For the Gibeau family, the pace of improvements wasn't enough to keep them at Sweet Brook.

After about a month, Barbara Gibeau insisted on taking her husband home, where she and new nursing staff now care for him. To this day, her husband has issues getting to the bathroom in time, something he didn't suffer before he was admitted to Sweet Brook, she said.

"I wasn't going to leave him in that environment any longer," Barbara Gibeau said.