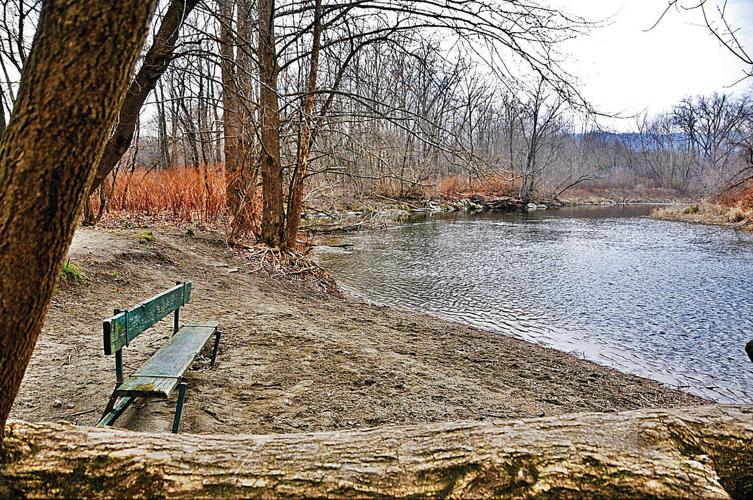 A new bike trail planned for Williamstown and North Adams will run along the south shore of the Hoosic River near Cole Field in Williamstown. 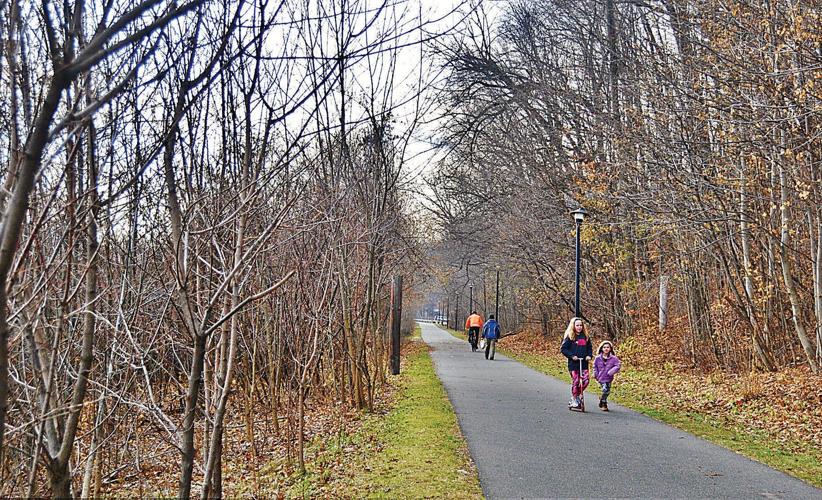 The rail trail in Adams, above, could eventually connect with a new bike path planned for Williamstown and North Adams.

A new bike trail planned for Williamstown and North Adams will run along the south shore of the Hoosic River near Cole Field in Williamstown.

The rail trail in Adams, above, could eventually connect with a new bike path planned for Williamstown and North Adams.

NORTH ADAMS — Now that a parcel of land has been donated to the effort, the design of the bike path through Williamstown and western North Adams is approaching the benchmark of being 25 percent complete by the end of January.

Construction work on the $7.9 million state-funded project is anticipated to begin in 2019, with completion expected in summer 2021, according to city and town officials.

The donation of more than 10 acres to both Williamstown and North Adams by Fusco Properties along the Chenaille Terrace corridor was the final piece of the land puzzle, according to North Adams Mayor Richard Alcombright.

"We couldn't be more grateful," he said. "That's a heck of a lot of goodwill there."

He noted that the entire project would go out to bid in November, with work set to begin in 2019 and last about two years. Alcombright also pointed out that this is a Massachusetts Department of Transportation project and is fully funded by the state.

Alcombright said he is intent on proposing that the trail, at least the section through North Adams, should be named "The Cariddi Mile," to honor the late state Rep. Gailanne Cariddi, who died this year from cancer.

"When you think about it, Gail was all about that bike path, and it runs right by her [former] home," Alcombright said.

Jason Hoch, town manager of Williamstown, said the path along the river will be a scenic and attractive asset for the community, Williams College and the many visitors who come to town for school and cultural events. The route through town passes through a number of rarely seen riverside areas. It will also provide a convenient route through town by foot or bicycle.

As someone who has a great deal of experience with having a hike/bike path in town, Donna Cesan, community development director in Adams, said North Adams and Williamstown should be looking forward to the opening of the bike path.

The Ashuwillticook Rail Trail has been a feature in Adams for years, and its effect has been to enhance the community and attract visitors to town, she said

"The big surprise was how people of all ages use the bike path, particularly if it's close to their homes," Cesan said. "I know a number of our senior citizens who went out and bought a bike to use the trail. It has actually become a spine of community activity."

Cesan said the rail trail has built new community connections and probably enhanced the health of many of its residents.

She uses the trail regularly, and she runs into old friends all the time. Groups of people walking and talking together are common, she said, and that new avenue of commonality and communication has led to a more connected community.

"It's become what the town square used to be like long ago," Cesan said. "People meet up on the trail and talk. It's become a location for healthy socialization for our residents. Now, people in Adams get outside more often. That's the real treat."

The trail will run east along the south side of the Hoosic River from near Simonds and Syndicate roads in Williamstown. It will continue along the river through the Cole Field area, across Cole Avenue and cross over the Green River on a yet-to-be-built pedestrian bridge.

From there, it will continue along the river, then break south through the Spruces. The trail will then cross Main Street near Galvin Road, where it will enter North Adams near Chenaille Terrace, travel south beyond the residential area and cut east, where it will end at the Harriman-West Airport. The length of the planned trail is about 5 miles.

The path will consist of a 10-foot-wide paved surface with 2-foot graded shoulders on each side. The terrain winds through open fields, a 100-year flood plain, some wetlands and outlying suburban areas.

The ultimate goal is to eventually unite the new bike path to the hike/bike path being planned for eastern North Adams, which will link to the Ashuwillticook Rail Trail in Adams. The two ends of the bike path would likely meet at the campus of the Massachusetts Museum of Contemporary Art. Once that happens, the bike path would be continuous from Simonds Road in Williamstown through North Adams, Adams and Cheshire and into Lanesborough, where the Ashuwillticook Rail Trail begins adjacent to the Berkshire Mall.

A route through North Adams between the airport and the Ashuwillticook Rail Trail has not yet been established.

"I think over time this bike path will find its way to downtown and Mass MoCA," Alcombright said. "It will provide public connections to a lot of city assets, so I'm really thrilled about this route."