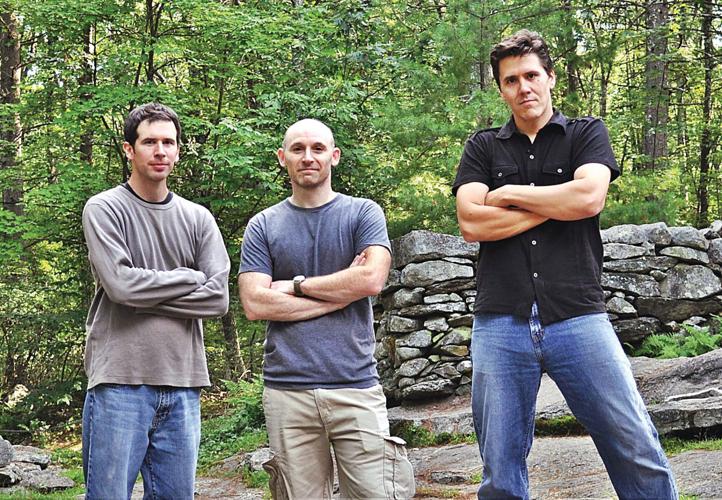 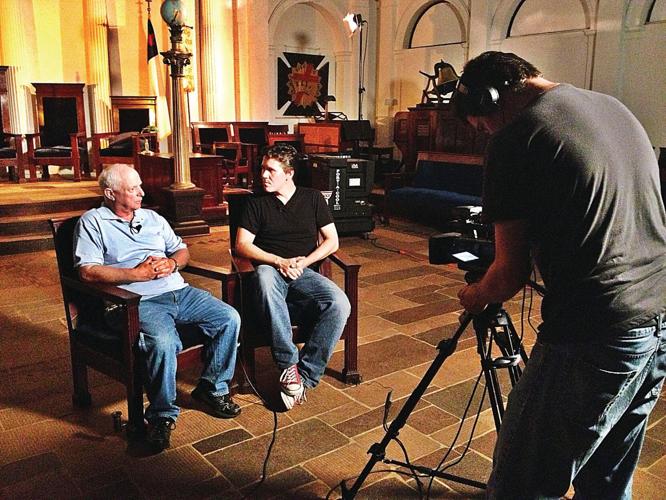 There's a mysterious quality to New England and Tony Dunne has spent the last five years chronicling that in "New England Legends" on PBS with author Jeff Belanger. Now the show — and the region's creepy weirdness— are getting a wider audience through Amazon Prime's streaming service.

Dunne, a North Adams resident, is an award-winning television producer and Belanger the author of multiple books, including "Weird Massachusetts," and they have bonded in their desire to explore the more cryptic sides of their environs.

"I grew up loving spooky stories and old horror movies from the '40s," said Dunne. "As I got older, I also became interested in legends and myths and more importantly why we find them fascinating, why they stick around, what they say about us as a people, about who we are, where we came from, and also where we're going."

Dunne remembers the spark that compelled him to go beyond the legends and actually explore them further. Every year, his family would travel from Central Massachusetts to Rutland, Vt., on Route 103 and every year, he saw a structure that never left his imagination.

"On the way, there was this grand Victorian mansion and across the street from the grand Victorian mansion was a cemetery with a granite mausoleum with the giant statue of a man kneeling in mourning. That stuck with me as a kid," he said. "My relatives told me that there were rumors that this was a haunted house and the man's family had died, and that he was in constant mourning in life and in death, and this place was haunted."

Dunne later found out more: It's called the Bowman House and it's in the village of Cuttingsville, Vt. The mausoleum is in Laurel Glen Cemetery and features a statue of the house's owner, John P. Bowman. After the untimely death of his wife and daughter, Bowman devoted himself to crafting a monument to them and a mansion to overlook it.

"New England is a hotbed for these sorts of things and I think it's because we have such a rich history that in many places is still alive around us," Dunne said. "The rest of the country got settled later, so less remnants of the distant past are prevalent."

When seeking out creepy stories they want to cover on the show, Dunne and Belanger give special consideration to stories that offer an evocative visual side to the presentation. For an episode on the Berkshires, they produced a segment on Houghton Mansion in North Adams, and Dunne points to this location as a prime example of what they seek out.

"In the Houghton Mansion you can go to it and you can walk through and you can touch and see and feel," said Dunne.

In that same episode, the team visited October Mountain in Lee, the site of several interesting incidents including two Bigfoot sightings in the 1980s, which The Eagle reported on, and various claims of spotting UFOs. The one that captured Dunne's attention, though, involved the legend of the ghost of a little girl who haunts the mountain top.

"It turns out there's a hidden cemetery at the top of October Mountain," he said. "It's secluded in the woods, still maintained by the DCR, but fading back into the forest. There's a little girl who was buried up there, Anna Pease."

For the episode, Dunne and Belanger traveled to that graveyard and found Anna Pease's marker. She died 120 years ago and her stone was covered in moss that the team had to wipe away to even see. As Dunne says, she was forgotten by time.

But that wasn't the end of the Anna Pease story at all. After the segment aired, the show was contacted by a descendant of the little girl. He had traced his ancestry back to a split, where one part of the family went south and another headed to western Massachusetts. He wanted to lay flowers on the grave. Dunne and Belanger filmed it when it happened, a reunion of two sides of a split family after a separation of possibly two centuries.

It's also the essence of why Dunne devotes himself to strange legends in New England, the idea that even the most fantastical have something down to earth about them, and that it is entirely possible to find out what that element is.

"Whether or not you believe there's a little girl who haunts that mountain is irrelevant," he said. "A story brought us there and there is a little girl up there. Whether she haunts the mountain or not is another story. There's a grain of truth to all these stories, an element of something, of a basis in fact."

Dunne and Belanger are currently preparing an episode for next October and though they haven't finalized the stories, among the possibilities are segments on H.P. Lovecraft in Providence, R.I., Champy the Lake Champlain Monster in Burlington, Vt., and the tale of Betty and Barney Hill, who in New Hampshire became the first known UFO abductees.