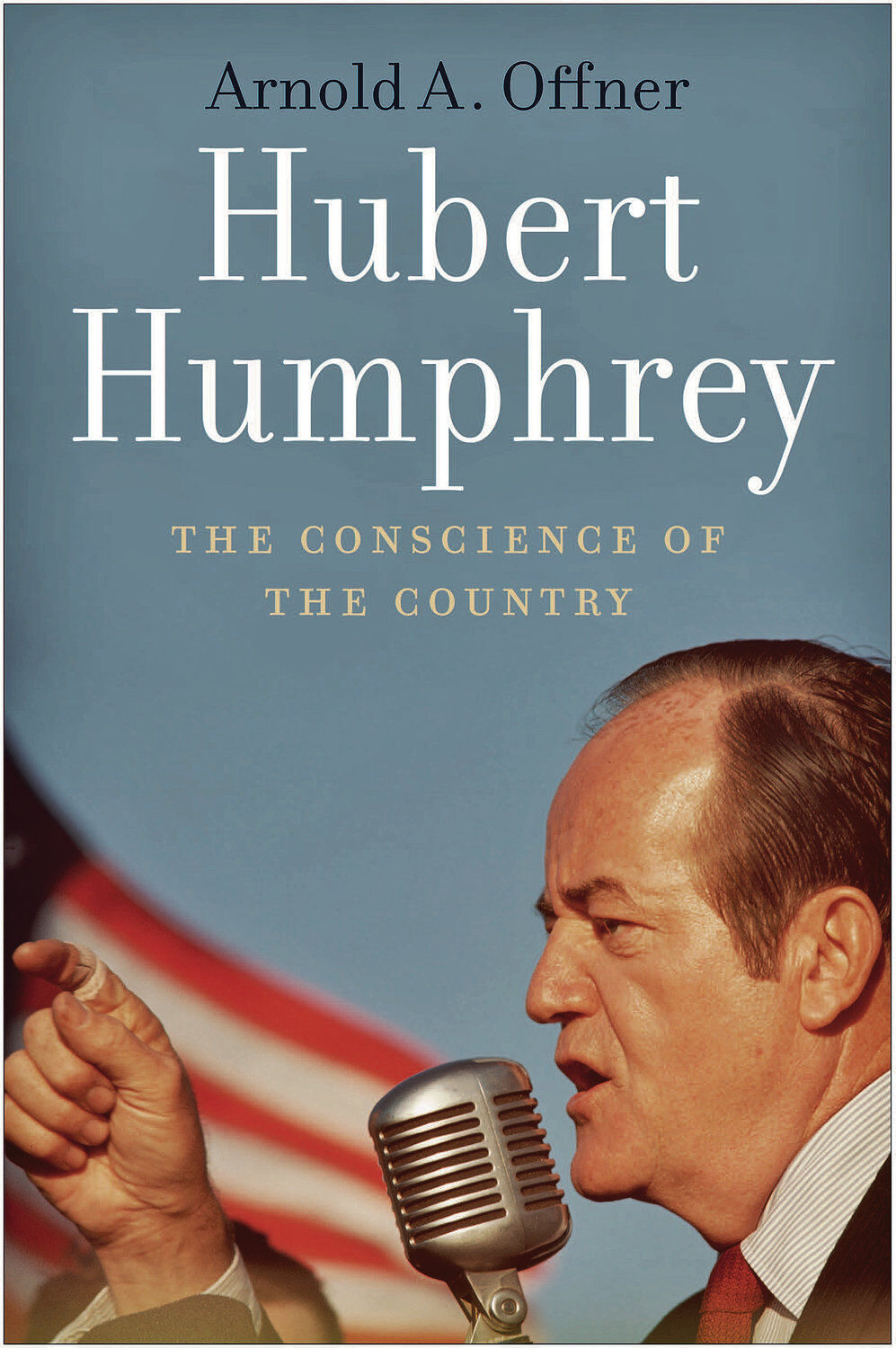 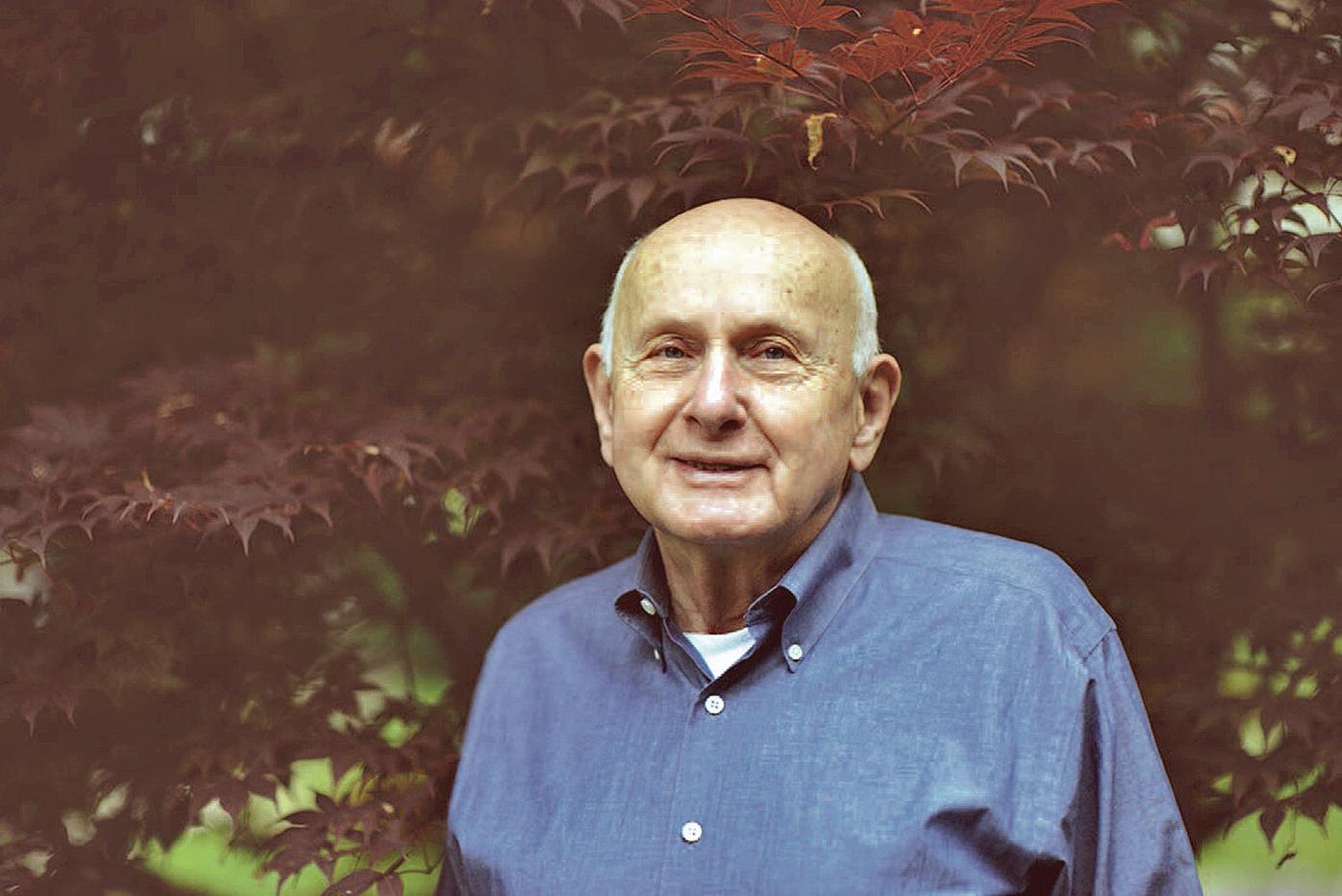 Author Arnold A. Offner is a part-time resident of Becket.

Author Arnold A. Offner is a part-time resident of Becket.

On Monday, The Washington Post published an opinion piece by Arnold A. Offner titled, "Before looking ahead to 2020, Democrats should look back to Hubert Humphrey." The article asserts that those entering the 2020 U.S. presidential race would be wise to consider the principles endorsed by the late Minnesota senator, vice president and 1968 Democratic nominee for president.

Current political happenings aren't the only reason why Humphrey is on Offner's mind. The Becket part-timer's biography, "Hubert Humphrey: The Conscience of the Country" (Yale University Press, $35), was published Aug. 21, and it has since received attention from national outlets.

In a review for The Wall Street Journal, Edward Kosner writes that the biography is "a painstaking and, as the subtitle suggests, a generally admiring portrait of a more complex and compelling political figure than the caricature his detractors draw of a gabby bleeding heart."

During his research, Offner drew significantly from primary sources such as Humphrey's papers at the Minnesota Historical Society and late Minnesota Gov. Orville Freeman's diary. The book was a departure for Offner, a Lafayette College emeritus professor of history. He had previously focused on U.S. foreign relations in works that include "Another Such Victory: President Truman and the Cold War, 1945-1953" and "American Appeasement: United States Foreign Policy and Germany, 1933-1938."

"My wife [Ellen] is a great fan of historical biography," Offner said, noting that she urged him to write "Hubert Humphrey."

The Offners split their time between Newton and Becket. They have long enjoyed attending the Jacob's Pillow Dance Festival and Tanglewood performances during the summer but spend much of winter in the eastern part of the state. By phone from Newton, Offner answered questions about his favorite books. The interview has been edited for length.

Q What books did you find during your research that were particularly compelling and/or useful to you?

A. I had books in mind like James MacGregor Burns' biography of Franklin Roosevelt, a two-volume biography: "The Lion and the Fox," the first volume, and "The Soldier of Freedom" covers the wartime years. Two friends of mine had written a very fine biography of Robert Oppenheimer, the atomic scientist. Their book is called "American Prometheus," and it was written by Kai Bird and Martin Sherwin. It won the Pulitzer Prize. Marty Sherwin in particular was a close friend of mine urging me on during this project.

... If you're saying which books were most important in terms of doing this, there was a very early biography of Humphrey written by Carl Solberg ... called "Hubert Humphrey." But he wrote it very early, in 1984. It was only six years after Humphrey died, so he had limited access to papers and materials. But it was a very interesting biography. It sort of suggested that America missed out, Humphrey missed out, by his not being president. I found that a very interesting and informative book to jump-start what I was doing.

I also took a little bit of a lead from Robert Caro. I took a little bit of a lead from him not in what I wrote — I have some questions about Caro's work on [Lyndon B.] Johnson [in "The Years of Lyndon Johnson"] — but the sweep of the work I found very impressive, that he did really, really extensive research. He wasn't always right in the conclusions he drew. There are some issues in my own book that I question him about, but [I appreciated] the idea of doing a really thorough, complete background on all the issues that come up so that you get to the heart of matters. Even if it takes great detail, it's necessary and important to explain what really occurred and what the limits were, what the possibilities were and so forth. Caro was partly a model for me in doing that and in delving [as] deeply as I did into the Congressional Record and personal papers of people connected to Humphrey. I would say that Caro's work said to me, "Don't be deterred; go as deeply as you want into the sources and get at it all before you write what you do." I would say that was an influence. [Offner also cited Randall Bennett Woods' "Fulbright," James Chace's "Acheson" and Richard Hofstadter's "The American Political Tradition and the Age of Reform" as influences.]

What's your favorite book of philosophy?

I don't read that much philosophy, but I will tell you what has influenced my [outlook], and it is a novel that's philosophy. I've always been a fan of Albert Camus. When I first met my wife back in 1958, we were on a bus together. We married three years later, and we've been married 57 years now. She's never forgotten that I ignored her the whole time we were on this bus trip for three hours reading Camus' "The Stranger." She's never let me forget! ... I would say that's my outlook; it's Camus-ian. I don't know that that will register very well in today's world.

What's your favorite book about power?

That's a tough question. The first thing that comes to mind isn't biographical stuff, but it's about America and Vietnam and the limits of our power, books like Frances Fitzgerald's ["Fire in the Lake: The Vietnamese and the Americans in Vietnam."] It really tells you why you're not going to succeed at what you're aiming to do

Where is your favorite place to get lost in a book in the Berkshires?

It's on my screened porch. Our house is set in the woods. ... As my wife said, if she didn't shake me, I would never go to Lenox with her or any of the other places to poke around. I just love it. When I get there, I find that the quietude, the calm and the ability to just cut myself off from the rest of the world is an absolute delight. I just love it.

I have Al Franken's autobio ["Al Franken, Giant of the Senate"] sitting on my nightstand. I haven't read it yet, but that is sitting on my nightstand. ... [Offner mentioned "A Gentleman in Moscow" by Amor Towles.] I've read roughly half the book; I still have trouble coming to grips with it. I did a lot of Russian history in graduate school, so a lot of the events and references in the book are familiar for me, but I find it difficult. I'm trying to find my way through it. And the other book, which is an area of history that I studied a lot early on, is a book called "A Train in Winter" by Caroline Moorehead. It's a story of a concentration camp and people in a concentration camp during the Second World War. It was a camp where the Germans sent a lot of chemists, writers, fairly intellectual people. It was part of a resistance group in France that was rounded up and then sent to a concentration camp. Some survived; some didn't, obviously. ... It's a very touching, compelling book.