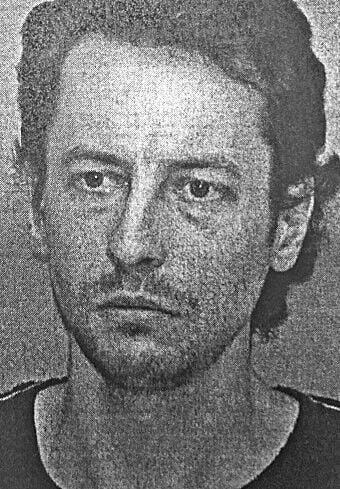 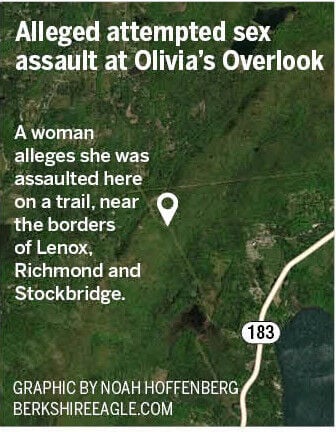 STOCKBRIDGE — A New York man already accused of attempted rape is being held without bail after he allegedly attacked a woman on a local hiking trail.

Andrew Gombar, 34, of Chatham, N.Y., is accused of assaulting and trying to kidnap a woman Tuesday on a trail at Olivia's Overlook off Lenox Road.

The woman, who is 31, told police that she noticed the man sitting in his truck when she arrived at the overlook parking lot about 2:40 p.m.

She said she had walked about 100 yards before heading back toward her car when she saw Gombar walking in her direction, "staring at her with intense focus," according to police.

After he passed her on the trail, Gombar grabbed her by the shoulders with both arms and tried to pull her into the woods, she told police. As she struggled to break free, he grabbed her neck and continued to try to force her off the trail.

The woman managed to run to her car, and was able to get most of Gombar's license plate number. She suffered minor injuries from falling during the struggle, police said.

She reported the attack to Lenox police, who immediately put out an alert. While investigators were at the scene with the woman, Gombar returned to the parking lot, but made a hasty exit upon seeing police there.

A state trooper then tracked Gombar down as he was driving on Route 102 in Stockbridge. The trooper said upon arresting Gombar, he removed a "large black knife from a holster on his hip."

Gombar also is facing charges for allegedly trying to kidnap and rape a 19-year-old woman in January after she left her evening shift at the Lipton Mart on Stockbridge Road in Great Barrington.

In that case, according to police, Gombar loitered for several hours in the parking lot and in the store before trying to grab the woman in the parking lot. The woman similarly escaped his grip on her arm, then snapped a photo of his grey Toyota Tacoma truck as he fled. She told police Gombar said to her, "Lady, this is gonna be a rape."

He was charged with single counts of assault to rape, threatening rape and assault and battery. He was released in March on $15,000 bail and was awaiting trial in that case.

Heather Bellow can be reached at hbellow@berkshireeagle.com and on Twitter @BE_hbellow and 413-329-6871