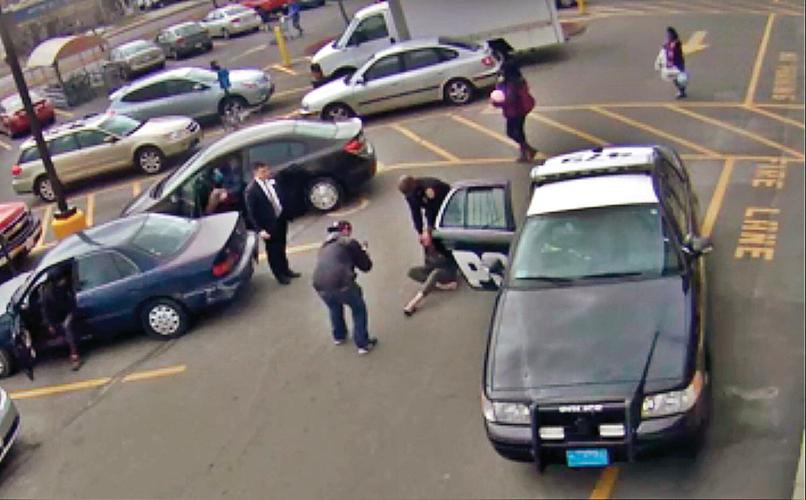 Surveillance footage shows former Pittsfield Police Officer Dale Eason removing a shoplifting suspect from the back of a police cruiser for a photograph. 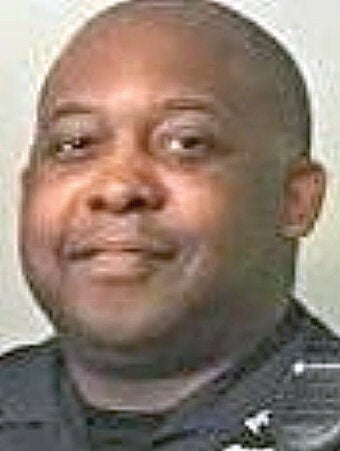 Surveillance footage shows former Pittsfield Police Officer Dale Eason removing a shoplifting suspect from the back of a police cruiser for a photograph.

PITTSFIELD — The city has resolved a dispute with an embattled city police officer whose status has been in limbo since he was fired in 2016 for falsifying an arrest report.

The state's highest court last October ordered the city to reinstate Officer Dale Eason, with back pay, but the city then immediately placed him on leave. Under the settlement, Eason, who has more than 20 years on the job, agreed to retire from the department and collect an undisclosed sum to cover the back pay.

Eason, who also said he was not able to disclose the amount of back pay involved in the agreement, told The Eagle via email that he retired March 7.

The city's personnel office said Eason's date of retirement was March 18, 2019. The reason for the discrepancy was not clear.

The office of Pittsfield Mayor Linda Tyer declined to release more information about the matter, including the amount of back pay and when Eason officially left the department.

"The matter has been settled," according to a statement provided by the mayor's office. "Under the terms of the settlement agreement the requested information is confidential; therefore, we are unable to say anything further on the matter."

In October, Eason's attorney, Timothy Burke, of Needham, estimated the amount owed to his client at $185,000. Burke said he was not at liberty to discuss the amount of back pay.

Eason was fired in September 2016, after a department investigation determined that he used misleading information in his report about the February 2016 shoplifting arrest. In his report, Eason said he removed the suspect from the back seat of his cruiser "for her safety" after she began thrashing around, and noted that store security also wanted a photo for its records.

During the investigation into that incident, Eason admitted that he specifically removed the woman so she could be photographed. Eason was fired on grounds of conduct unbecoming a police officer, untruthfulness and falsifying records.

The union, Local 447 of the International Brotherhood of Police Officers, filed a grievance on his behalf, and the matter was taken to arbitration. The two core issues were: Did the department have enough just cause to fire Eason; and, if it didn't, what was the appropriate remedy?

The arbitrator found that there was not enough cause to fire Eason and that he should be reinstated with back pay and serve a three-day suspension.

The city took the matter to Berkshire Superior Court in August 2017, seeking to have the arbitrator's award thrown out on the grounds that reinstating Eason would be against public policy.

Judge Daniel Ford affirmed the arbitrator's award, and the city appealed that decision to the Supreme Judicial Court, which didn't find a basis on which to overturn the arbitrator's decision.

The court ruled Oct. 3 that the city and department must abide by the arbitrator's ruling that Eason should be reinstated with back pay and receive a three-day suspension.

At the time, Burke said that was an attempt by the city to "delay the inevitable."