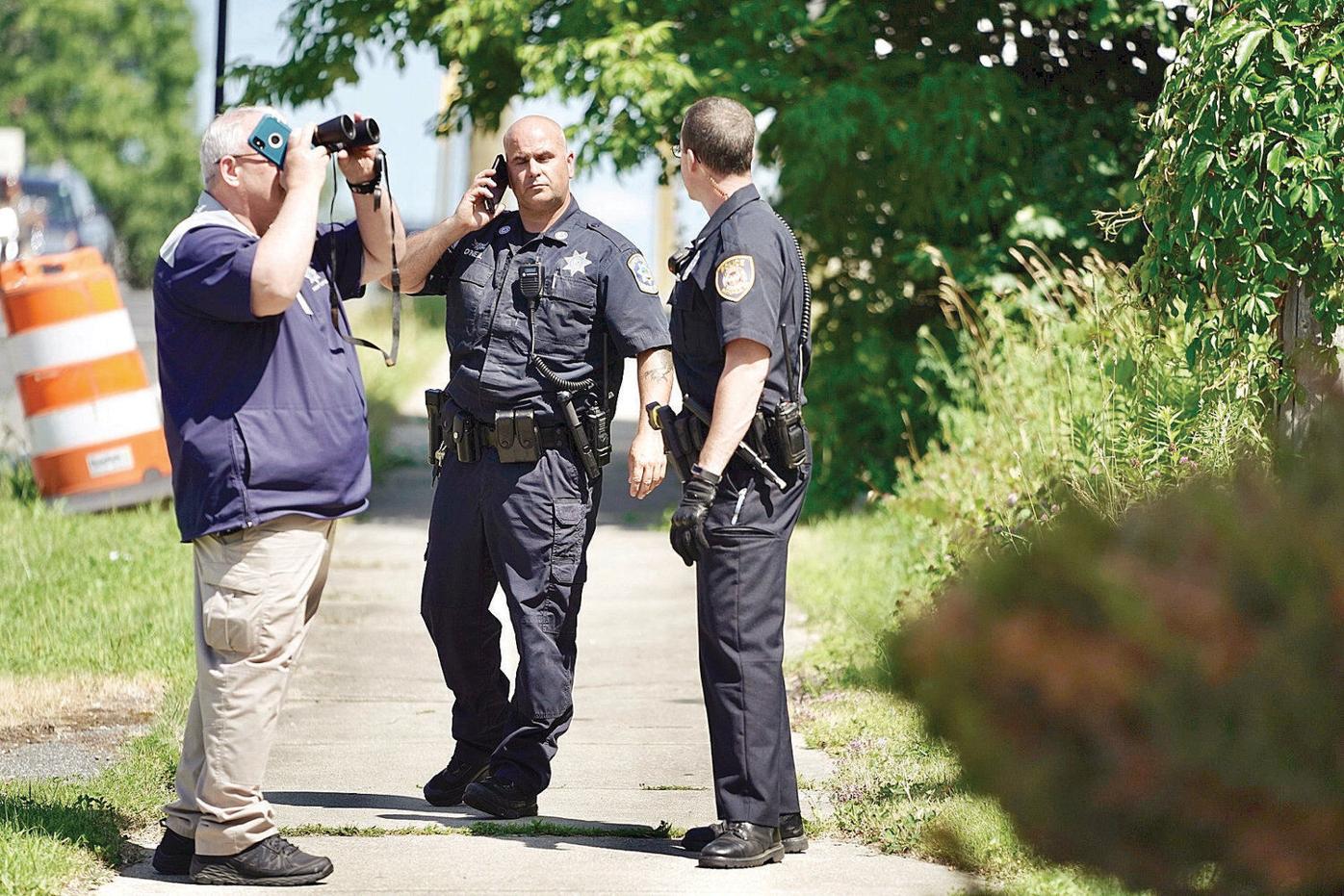 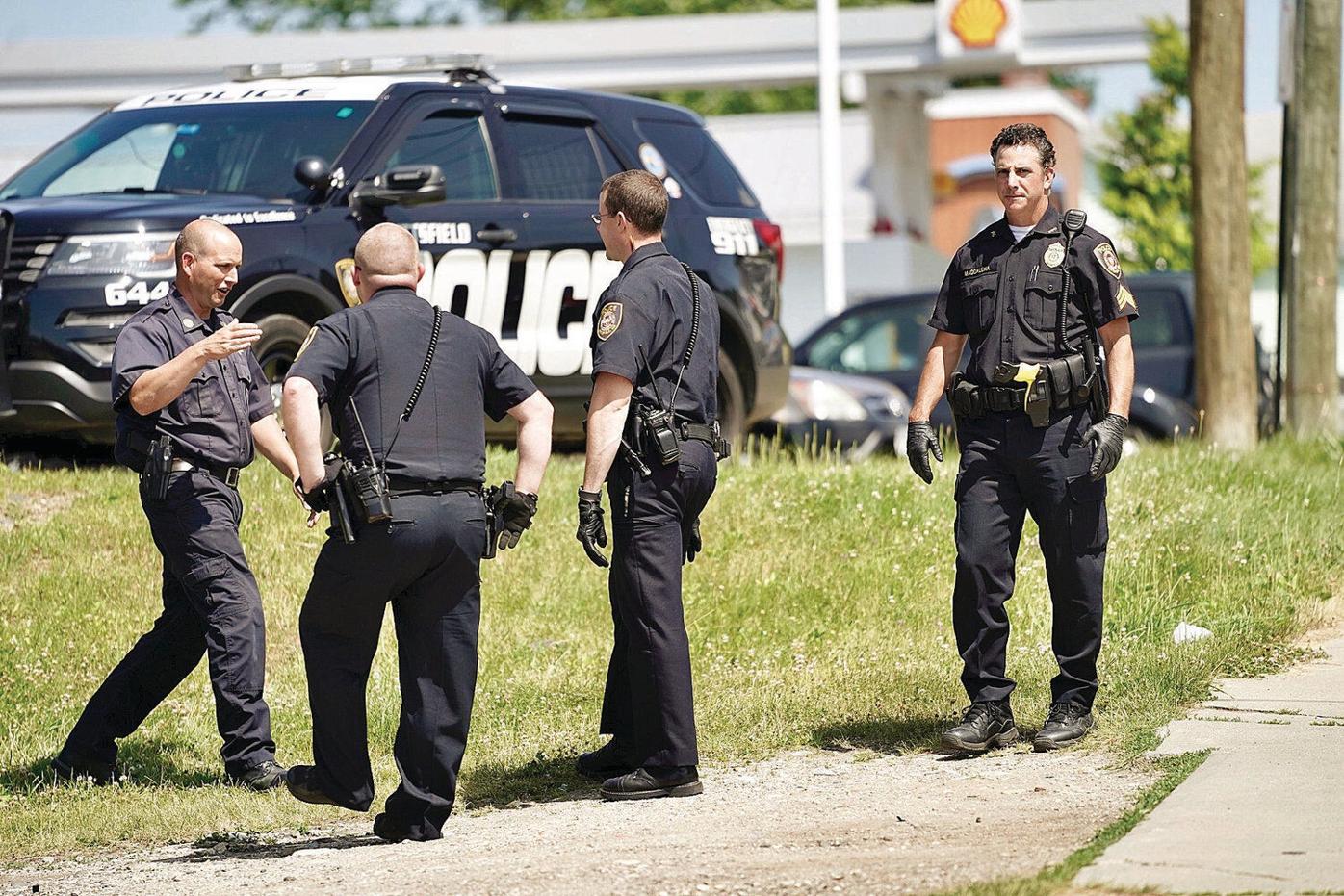 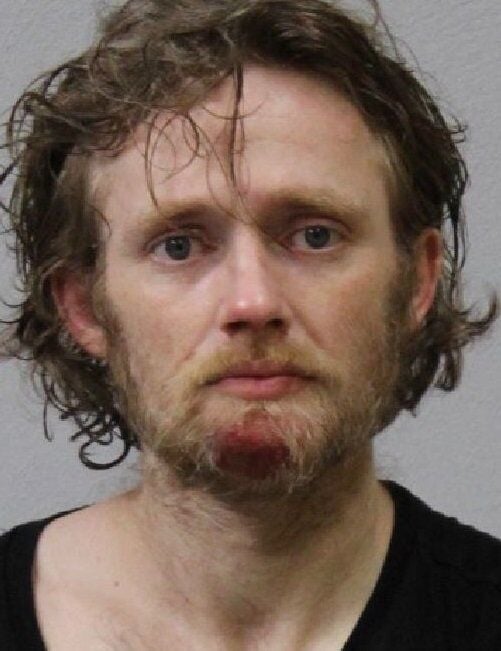 PITTSFIELD — Officers scoured the city Monday after an inmate with a violent criminal history and a black belt in Judo escaped from custody while at Berkshire Medical Center.

Bowler said his recent charges include drug possession, assault and battery with a dangerous weapon — a subsequent offense — breaking and entering and failure to register as a sex offender.

Chandler, who had been in custody since his arrest last week, was receiving treatment for infections in his hands, Bowler said. He broke free today as he was about to be discharged from the hospital.

Bowler said at first he believed Chandler, who is in the throes of addiction, was more of a threat to himself than to others, but later said he remains concerned.

“He is a threat,” he said. “He’s unpredictable at this stage of the game.”

Chandler, who is currently listed as homeless, has eight open criminal cases in Central Berkshire District Court dating back to 2017.

Some of his pending charges allege violence and attempts to flee from police. They include resisting arrest, assault and battery on a police officer, and multiple counts of assault and battery with a dangerous weapon on someone over the age of 60. He also faces a charge of failing to register as a sex offender.

He was most recently in court on Wednesday, after he was arrested on a warrant for an alleged larceny that occurred in April, according to District Court records.

Chandler pleaded not guilty to charges of breaking and entering in the nighttime for a felony and larceny under $1,200. Judge Jennifer Tyne ordered him held without bail, in addition to the revocation of his bail on all other open cases.

District Attorney Andrea Harrington has dispatched the State Police detective unit assigned to her office to assist in the search. As of 6 p.m., she was on her way to the command center.

“She intends to be completely engaged with the process until this person is found,” Harrington’s spokesman Dennis Yusko said.

The office did not comment on the open cases.

Messages were left with a spokeswoman for Berkshire Medical Center and Attorney Harry Conklin, who is identified in court records as Chandler’s lawyer.

Occupants of a yellow house near the hospital voluntarily submitted to a search, but Chandler was not found. Still, officers staged outside the home, at the corner of Tyler North and First streets, for the rest of the afternoon.

Bowler said the last time an inmate escaped was about six years ago. That inmate also escaped from the hospital, he said.

A history of violence

Court documents at Berkshire Central District Court show that Chandler is accused of having a history of violence and attempts to flee police custody. In the three latest cases, his crimes have involved attempted theft and assault and battery.

Chandler's most recent arrest stemmed from an alleged breaking and entering on April 14.

Police were called to 35 Division St. when the resident, who was out of town and watching her camera system, noticed someone had gone inside, according to Berkshire Central Court documents.

When police arrived they found the door open, but it was dark inside.

The caller told officers she believed it was Chandler. A safe, which held social security cards, $600 in cash and vehicle titles, was taken from an upstairs bedroom, according to police. Police had issued a warrant for his arrest and he pleaded not guilty to the related charges last week.

A year earlier, on April 24, 2018, police were called to a robbery at Daniels Avenue. The alleged victim, 67, said he went on a ride with a man, who police believed was Chandler, to buy an amplifier. During the ride, Chandler allegedly stole the victim’s wallet, according to documents. There was a scuffle and the victim was injured when he was kicked in the leg.

On Oct. 7, 2017, police attempted to arrest Chandler, who had six active warrants while he was spotted on Appleton Avenue.

Officer Brennon Stockton told Chandler to stop and that he was under arrest, but he instead fled, jumping over a fence, according to the police report.

Stockton warned Chandler that if he didn’t stop running, he would be struck with a stun gun, and he yelled “No!,” and started to come toward Stockton, according to the report.

“I know through my training in experience that Mr. Chandler can be assaultive, is known to carry heroin needles and is a black belt in Judo,” Stockton wrote. “I perceived this behavior to be assaultive I then deployed my taser.”

The stun gun struck Chandler’s right leg, and he got up and fled the area. Other officers arrived on scene and located Chandler barricaded into a nearby home.

When they attempted to enter the room he was in, Chandler hit officers with a door, the report said. He was sprayed with pepper spray and then arrested.

On Monday evening, Mayor Linda Tyer said all available law enforcement personnel have been brought to bear. She encouraged residents to be on alert.

“It’s important for people to be aware of their surroundings and to, again, call 911 if you see something suspicious,” she said.

Anyone with information about Chandler's whereabouts is asked to contact the Sheriff’s Emergency Communication Center at 413-442-0512.