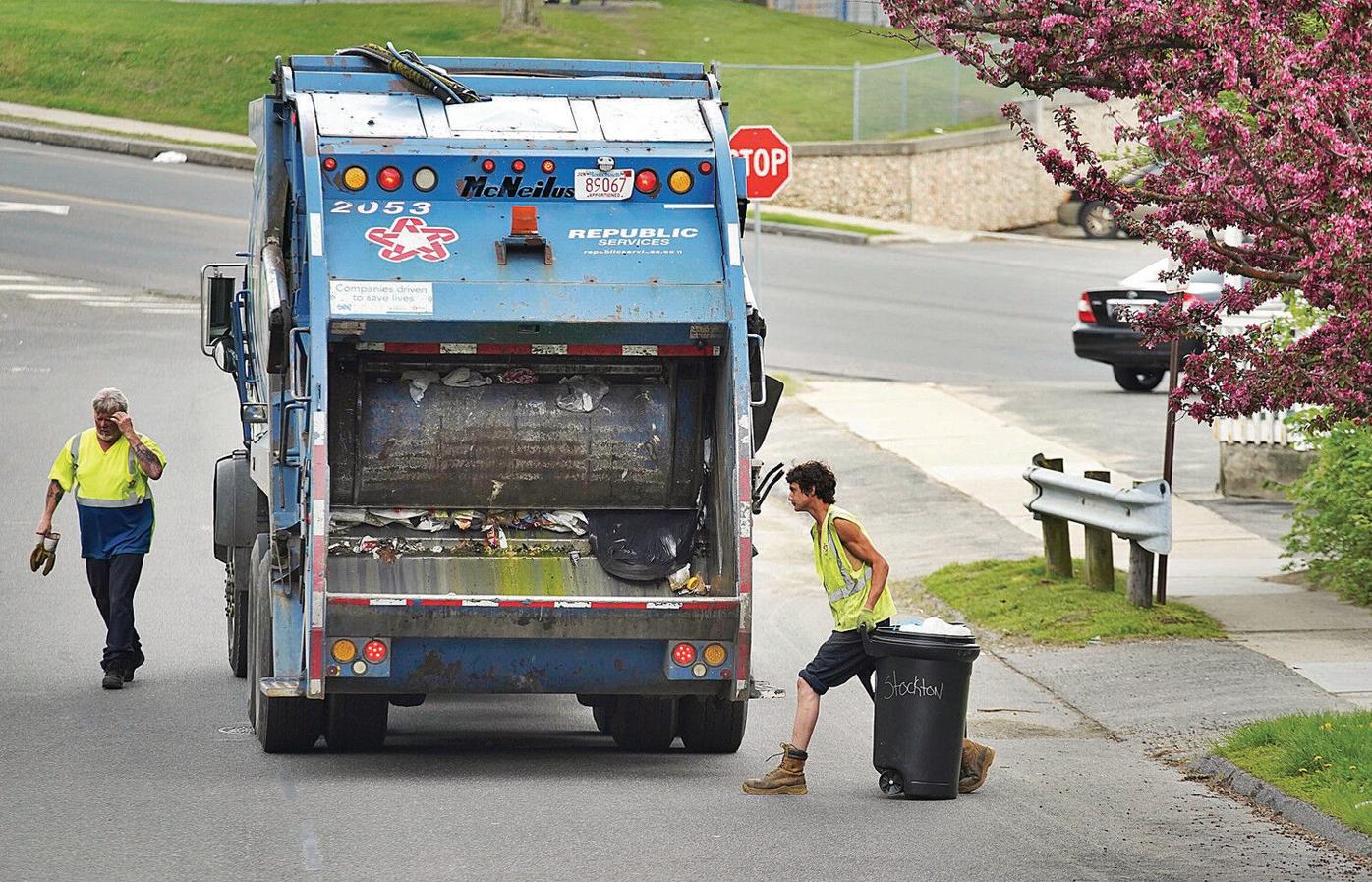 Republic Services workers collect garbage on Dewey Ave in Pittsfield. A storm of rage erupted in the community about the new enforcement practices, in which Republic crews began to "sticker" trash and recycling that was in violation of city's trash ordinance. Some violators saw their garbage rejected and left curbside. 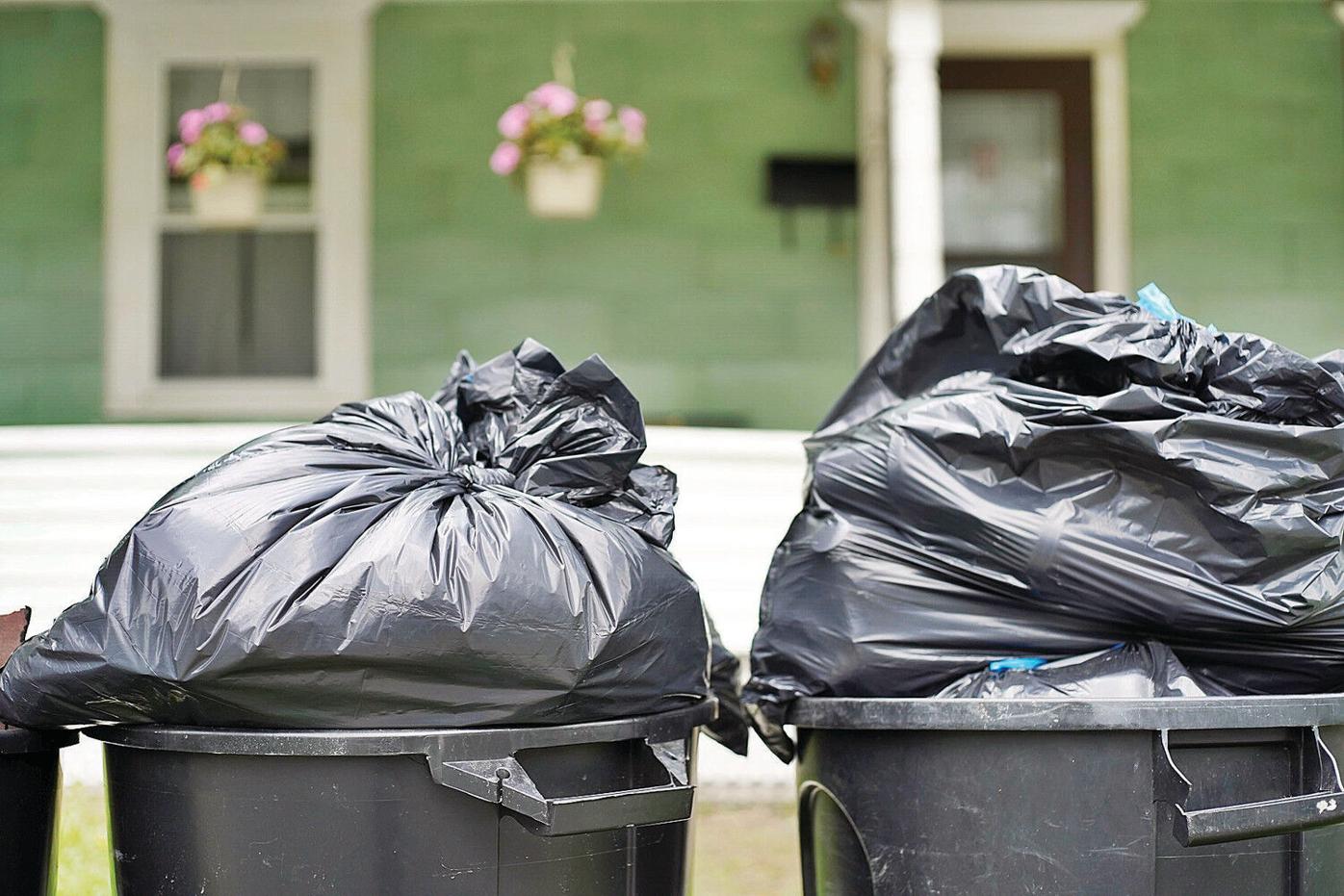 Republic Services workers collect garbage on Dewey Ave in Pittsfield. A storm of rage erupted in the community about the new enforcement practices, in which Republic crews began to "sticker" trash and recycling that was in violation of city's trash ordinance. Some violators saw their garbage rejected and left curbside.

PITTSFIELD — It was all a big misunderstanding.

Tough new enforcement measures that left some residents' trash uncollected and tagged with violation stickers stemmed from a miscommunication between the city's trash hauler and a commission working to improve curbside collection, according to Mayor Linda Tyer.

For now, the mayor told The Eagle on Tuesday, Republic Services will dump a series of soft-enforcement practices and resume its normal pickup.

"At no point did I approve any type of soft enforcement," Tyer said. "People have known me for a long time. Not communicating to the public ahead of time is not my style."

Her comments came amid a storm of rage in the community about the new enforcement practices, in which Republic crews began to "sticker" trash and recycling that was in violation of the city's trash ordinance. Some violators saw their garbage rejected and left curbside.

The practices aligned with the city's existing solid waste ordinance, which has gone largely unenforced for several years. But they meant a significant change for residents who grew accustomed to placing trash curbside without a container, for residents with containers larger than 32 gallons and for those without standard-issue recycling bins.

Irate residents railed against City Hall on local Facebook groups in recent days, tossing out curses, calling out officials for failing to communicate to taxpayers and theorizing about what to do with uncollected trash. One commenter suggested that it be used to fill potholes.

Deb Bolesky, general manager of Republic Services of Pittsfield, confirmed that her company made the changes after conversations with members of the city's Resource Recovery Commission. The commission had begun conversations about the enforcement but, according to member Kate Lauzon, had not intended the company to implement them just yet.

"We jumped the gun on it," Bolesky said. "We were just trying to be proactive."

Compounding community confusion was the fact that several neighborhoods didn't receive pickup services Monday. But Republic Services said Tuesday that the delay was caused by high volume, and had nothing to do with new enforcement measures.

"We were just behind because there was a lot more stuff to pick up [Monday]," said Jennifer Eldridge, a spokeswoman for the company. "We were caught up this morning and we don't expect any other delays throughout the week."

Tyer said Tuesday the company will keep one of the new guidelines: no more 96-gallon containers. That aside, she said she asked the hauler to hold off on making changes until the city is able to overhaul its solid waste ordinance in its entirety.

The Ordinances and Rules Committee of the City Council is doing that work, and the Resource Recovery Commission is looking at ways to improve the city's recycling program. The mayor's previous plan for a tote-based trash pickup plan was withdrawn in March, in light of public displeasure.

Bolesky said her company will honor Tyer's wishes. Still, residents seeking recycling bins can pick them up for free in the city clerk's office or in city offices at 100 North St., Floor M. Residents still seeking further clarification can view a "frequently asked questions" sheet on the city website.

It has been a rough few days sorting through the citywide heap of indignation, Tyer said, but that's what the role requires.

"It's unfortunate that this got so complicated and so confused," she said. "But leadership is not just about celebrating the high-water marks; it's about tackling a tough issue head-on. I think our administration has been upfront and straightforward on a lot of issues. Why would we be any different on this one?"