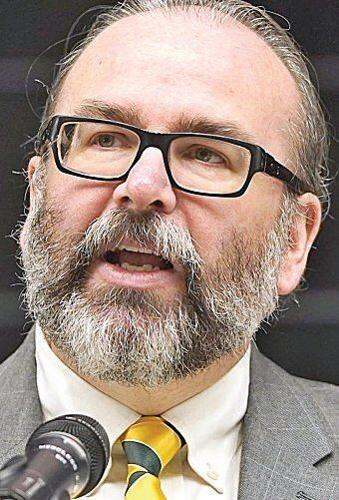 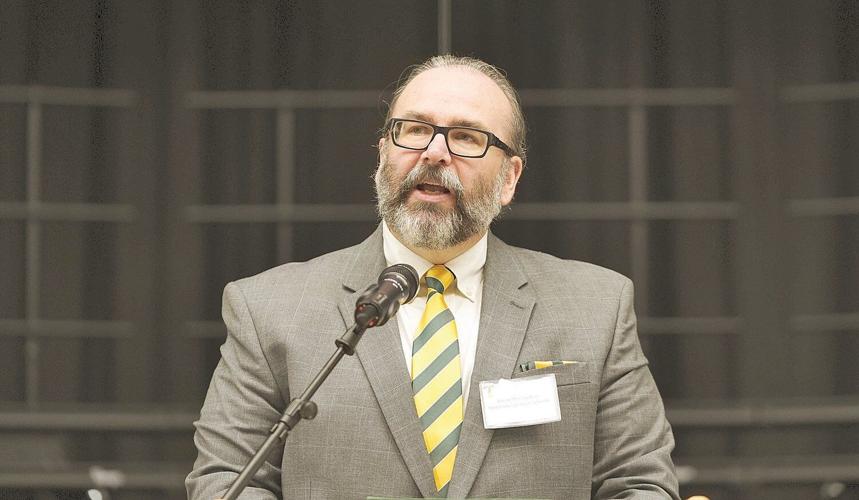 Pittsfield Public Schools Superintendent Jason McCandless was a finalist to lead a district in the eastern part of the state last fall, but he wasn't ready to leave the Berkshires, and withdrew his name from consideration.

Now, he is one of three candidates vying for the superintendency of Mount Greylock Regional School District, right in the county he calls home. And in closing statements to the regional school committee that capped his finalist interview for the role on Thursday, McCandless made it clear that he is serious about the job.

"I would not have applied for this position, from the comfort of the position I'm in, if I were not absolutely serious about what an honor and privilege it would be to come and serve your communities," he told the Mount Greylock Regional School District School Committee.

McCandless's job interview comes one day before districts have to send the state tentative plans for reopening schools that outline how they will teach students online, in-person, or a mixture of the two, with a more finalized plan due Aug. 10. School buildings closed in March, and over the next several months McCandless led the district through online learning during a global pandemic, the adoption of a budget during a recession and more recently, the creation of reopening plans still being negotiated with the unions.

The Regional School Committee has said it wants to hire a new schools chief to begin at Mount Greylock in the first week of August. Chairwoman Christina Conry said their "dream" start date would be as early as next week.

Conry told the second candidate for superintendent who was interviewed Thursday, Interim Superintendent of Maynard Public Schools Mary Jane Rickson, that the committee will make its final hiring decision on Friday afternoon at a virtual meeting set to begin at 2:30 p.m.

The Mount Greylock school board is moving at breakneck speed to replace former Superintendent Kimberley Grady. While Grady's contract runs through 2021, Christina Conry, chairwoman of the School Committee, announced early July that Grady, whose $154,500 per year contract runs through 2021, was on "indefinite" medical leave. Committee members appointed Robert Putnam to serve as interim superintendent.

Pittsfield School Committee member Daniel Elias said in an email Thursday evening he was "very surprised" and "disappointed" to learn McCandless was seeking another position. But of McCandless, Elias added that, "the bottom line is that the life expectancy for a Superintendent is 2-and-a-half years we had him for seven."

"That being said it would be a huge loss to our Pittsfield Community. I have found him to be as hardworking as he is honest and as good a person as I have ever known," said Elias.

Mayor Linda Tyer told The Eagle if McCandless is offered and takes the new job "it's possible that, depending on Jake's timeline in terms of when and if this opportunity presents itself, that he may still be here for the start of school in the fall."

She echoed Elias' praise for McCandless. She said there's "never a good time for a community to lose a superintendent, and these are certainly extraordinarily difficult times," but added that the administration and the unions have worked hard to prepare for the fall semester.

"It's unsettling because he is so fantastic. He's incredibly smart, he's a compassionate leader, I consider him a colleague and a mentor," she said. "Regardless of the fact that we're in a pandemic, this would be a loss for our city."

Under McCandless' current contract with Pittsfield Public Schools, he must give the school committee a period of notice before departing, according to city school board member William Cameron, who could not immediately recall the length of the notice period.

"Dr. McCandless has been bombarded with a number of issues for a number of years, this is not an easy district to oversee," Cameron told The Eagle. "I think that Dr. McCandless is simply looking for something new."

Cameron said that McCandless excels at working with people. In his job interview, McCandless himself emphasized his collaborative leadership style and his belief that the role of a superintendent is one of service to students, families and taxpayers.

Fielding his first question from the Regional School Committee, McCandless said his greatest accomplishment over the 15 years he served as superintendent, in Lee and later in Pittsfield, was insisting the communities understood that "the lone reason we existed as a school district, or as individual schools, was to serve children," said McCandless. "The sole reason we existed was to make the lives of children better, richer, more equitable and to honor the potential that is born inside of every child."

The Regional School Committee asked McCandless and Rickson the same questions in separate interviews that followed virtual "meet and greets" with the community.

Questions touched on topics like restarting instruction, addressing social emotional needs during the ongoing pandemic and building a budget for a regional school district. Throughout her interview, Rickson spoke about the priority she places on transparency, being available to staff and students and making sure everyone in the district feels safe and respected.

"I do think that I offer the stability, and the knowledge and the expertise to help you move your district forward," she said in her closing remarks to the committee.

Members are due to select their top candidate for superintendent of Mount Greylock later this afternoon. Another Pittsfield School Committee member reacted to the prospect that candidate will be McCandless, and McCandless will take the job.

"Dr. McCandless is one of the most passionate individuals I have met. He has always been committed to youth throughout his 21 year career within the education system. When my children were in school, Dr. McCandless was a phone call away," Pittsfield School Committee member Mark Brazeau said in an email.