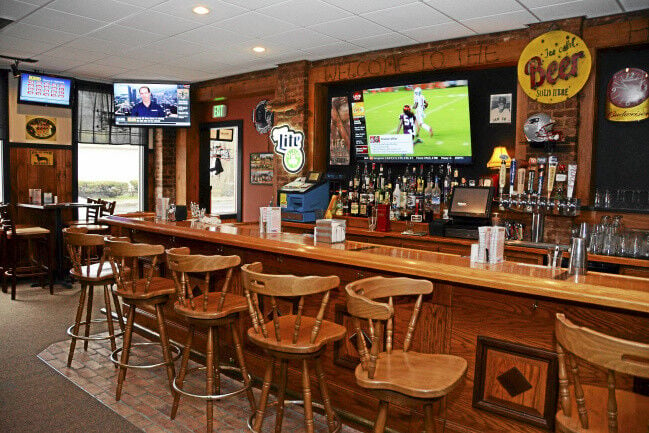 The bar in the restaurant at the Hot Dog Ranch was purchased from the former Coyote Den in Lanesborough. 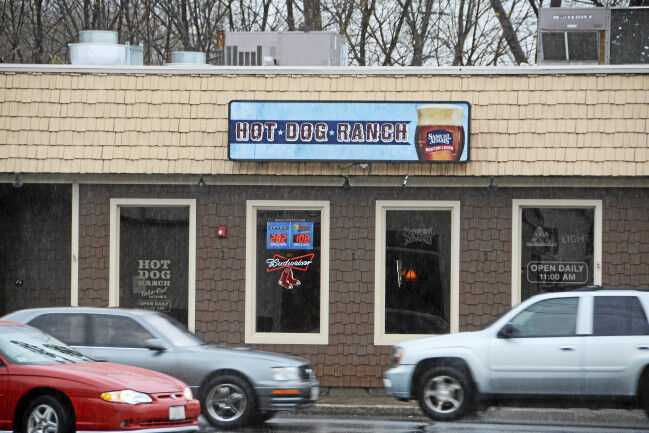 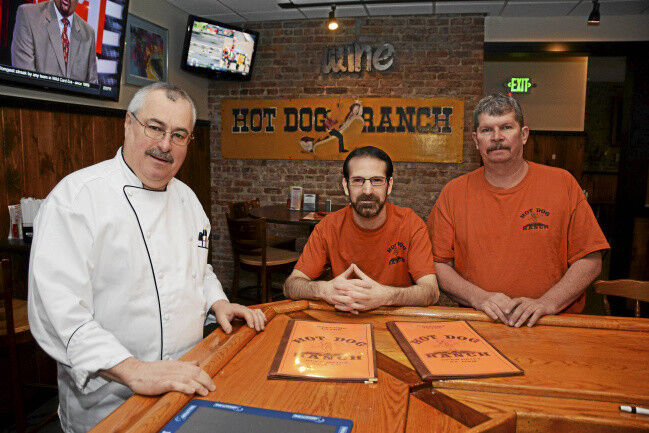 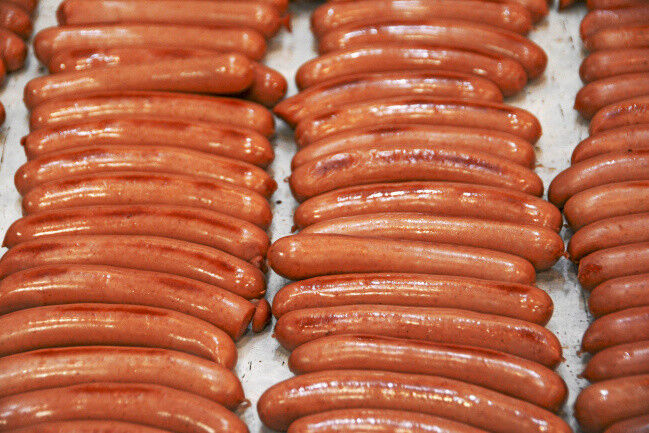 Dogs sit on the grill at the Hot Dog Ranch's new location at 114 West Housatonic Street in Pittsfield.

The bar in the restaurant at the Hot Dog Ranch was purchased from the former Coyote Den in Lanesborough.

Dogs sit on the grill at the Hot Dog Ranch's new location at 114 West Housatonic Street in Pittsfield.

The venerable Pittsfield eatery, which moved from Linden Street to West Housatonic Street last month, has added 16 new employees and expanded its offerings by adding a dinner menu.

"We had a Mako shark special the other day," said restaurant manager Ben Enright.

Pretty fancy fare for a restaurant that has been known mostly for serving little hot dogs in the Linden Street area since the 1930s. But expanding the menu is something that Hot Dog Ranch co-owners Craig Benoit and Carl DeLuce had been thinking about since they took over the business over 11 years ago.

"Then this opportunity arose," Benoit said, referring to the restaurant's ability to move to the building at 114 West Housatonic St. that formerly housed Jimmy's Stone Bridge Restaurant. "We didn't have the physical capabilities with the building that we were in."

"We couldn't do anything," DeLuce said, referring to the Hot Dog Ranch's former location. "Our hands were tied there."

The Jimmy's space became available when owner J. Joseph Breault closed that iconic Pittsfield restaurant in March 2015 and put the building up for sale. Benoit, who serves as the Hot Dog Ranch's general manager, and DeLuce, the eatery's chef, purchased the building that housed Jimmy's at auction last year.

The two partners still own the Linden Street building, which also includes apartments, but they are interested in leasing it. They also own the Hot Dog Ranch in North Adams.

Pittsfield's Hot Dog Ranch has been located at different locations on Linden Street since it opened in the 1930s, according to Benoit and DeLuce, but moved to 20 Linden St. in 1970, according to Eagle files.

Little hot dogs, or baby franks as they are also known, have been served in Pittsfield since the 1920s, according to Eagle files. Another historical tidbit: little hot dogs at the Hot Dog Ranch are still served with a sauce that the business' original owner invented.

A restaurant/cafe has also been located at the site Jimmy's had occupied since 1933. But unlike the Hot Dog Ranch's previous location, the old Jimmy's had the kind of amenities that the previous Hot Dog Ranch lacked in an urban setting like Linden Street.

"The parking, the access, this is a busy, busy street," DeLuce said. "See, we were always a destination for people. They would drive there. But we wanted to get people who would drive by and say, 'Geez, they're right there, let's stop in.' "

The interior layout of the former Jimmy's was also conducive to the two partners' plans.

"The whole idea was to keep the hot dog situation the way it is because that's our bread and butter," DeLuce said. "We have a nice take-out area, which was very busy in the old place, so we kept that here.

"And, now we have access with a real kitchen to do the stuff you'll see on there as far as dinners go," he said, referring to the new dinner menu.

"We did the same exact menu that we did over there," DeLuce said. "Then we did a second menu with dinner options.

"We were trying to be unique," he added. "And we think this place is very unique."

DeLuce doesn't believe there's another place in Massachusetts, "where you can come in and get these little hot dogs and your wife can have a nice salad, your kid can have cheese bites, and somebody can have a steak, or a piece of tuna or anything."

Benoit and DeLuce spent around $200,000 renovating the former Jimmy's. The take-out area is located in the space where Jimmy's bar area used to be. They purchased a new bar from the former Coyote Den in Lanesborough and added new tables and chairs.

They brought all their kitchen equipment from Linden Street, but they expanded the kitchen space and have added a few new items. The Hot Dog Ranch's seating capacity has expanded from 48 patrons on Linden Street to 83 at the new site.

The new concept has gone over well with patrons so far.

The 16 new employees, who work both full and part-time, were added to the 13 workers who came over from Linden Street.

"You really have to have a niche," DeLuce said. "Hot dogs were our niche. We want to go to another niche."