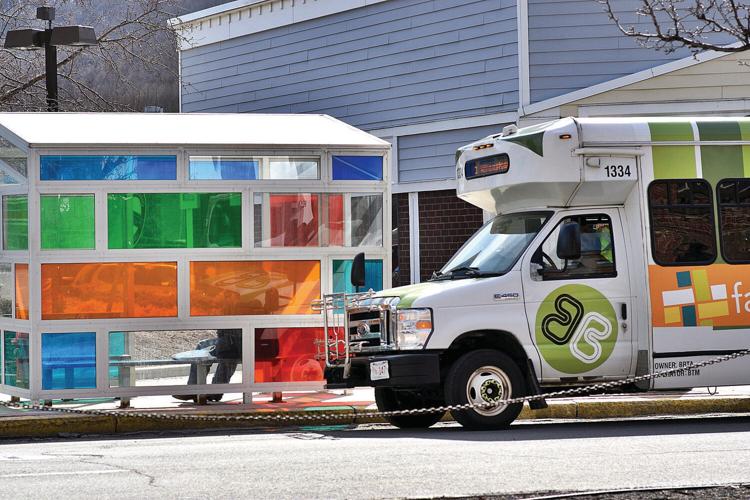 A Berkshire Regional Transit Authority bus picks up passengers at the bus stop on Main Street in North Adams on Monday. 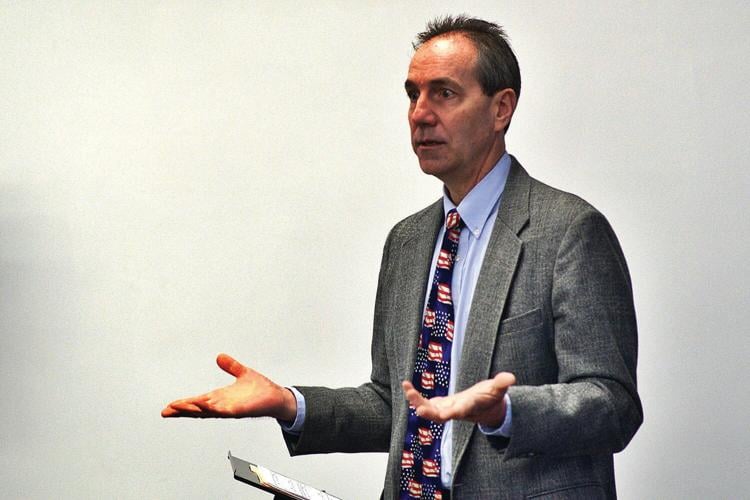 A Berkshire Regional Transit Authority bus picks up passengers at the bus stop on Main Street in North Adams on Monday.

But on Monday its administrator, Robert Malnati, made clear the agency hopes to avoid making them.

The BRTA is holding a series of meetings during a 30-day public comment period as it decides how to close a $378,400 deficit before the beginning of the next fiscal year July 1. The process began with a meeting on Main Street in North Adams on Monday.

The potential cuts come as state funding fails to keep up with rising costs and would impact BRTA customers and reduce access to public transportation from Great Barrington to North Adams.

Regional transit authorities should be funded at $88 million this year, but the state has failed to keep up with slated funding increases, Malnati said. The figure proposed in Gov. Charlie Baker's budget is $80.4 million, of which the BRTA would receive $2.5 million.

The Berkshires' local delegation of state representatives has pledged to work to increase the funding for regional transit authorities, but the BRTA says it must begin to plan based on the governor's budget.

Malnati said that the BRTA can't wait for the state's final budget before pursuing cuts to services. The board will approve a BRTA budget in May and then take time to orchestrate and announce the new schedules before implementation on July 1.

The transit authority is exploring increased fares, reductions in routes, and cuts to paratransit service.

Other unknowns outlined by Malnati on Monday include ongoing union negotiations, a substantial cost in health insurance costs, a potential decrease in ridership as fares increase, and an increase in other insurance costs.

The state's other regional transit authorities are facing similar issues.

The BRTA's board will weigh a number of potential reduction in service when it votes on a final budget in May, assuming the governor's funding levels remain intact.

"We might not have to do a lot of picking and choosing, depending on funding levels," Malnati said.

On the top of the list are reductions to Routes 2 and 21.

Route 21 is also among the most expensive routes to operate, with a round-trip cost of $190 on weekdays and $176 on Saturdays.

Route 2, which connects downtown Pittsfield with the Lee Premium Outlets, is also below the median average ridership, but has the third-highest trip cost. By cutting Route 2 to a single bus on Saturdays the BRTA would save an estimated $40,681 annually.

The BRTA could save $75,974 by reducing Route 1, which connects Pittsfield and North Adams, to a single bus on Saturdays.

Route 1 is the fourth-most popular bus on weekdays and third-most popular on Saturdays, when it averages 11.54 passengers per hour. But it is also the only route with a round-trip operational cost that exceeds $200 on both weekdays and Saturdays.

The BRTA could also terminate the Route 3s shuttle, which covers the same terrain as Route 3 between Williamstown and North Adams, but makes additional stops. Under this scenario, the Route 3 bus would be altered to allow for on demand stops.

The 3s route is among the least used services, averaging only 4.43 passengers per hour. But it is supported with a stipend from Williams College, and the date of that stipend is unclear if the BRTA cuts the service.

The BRTA will also consider raising fixed route fares when using the Charlie Card electronic ticketing system. The card would still be a discount compared to the cash fare, but the savings would be narrowed.

Monday's meeting, the first of several scheduled throughout the county, was sparsely attended.

Hardly an airing of grievances, the meeting saw a show of support for BRTA service from its riders.

One woman recounted grabbing a bus in the West End neighborhood of North Adams and arriving in Pittsfield in time for jury duty. Another woman, in a wheelchair, described how BRTA bus drivers ensure her safety in getting on and off the bus.