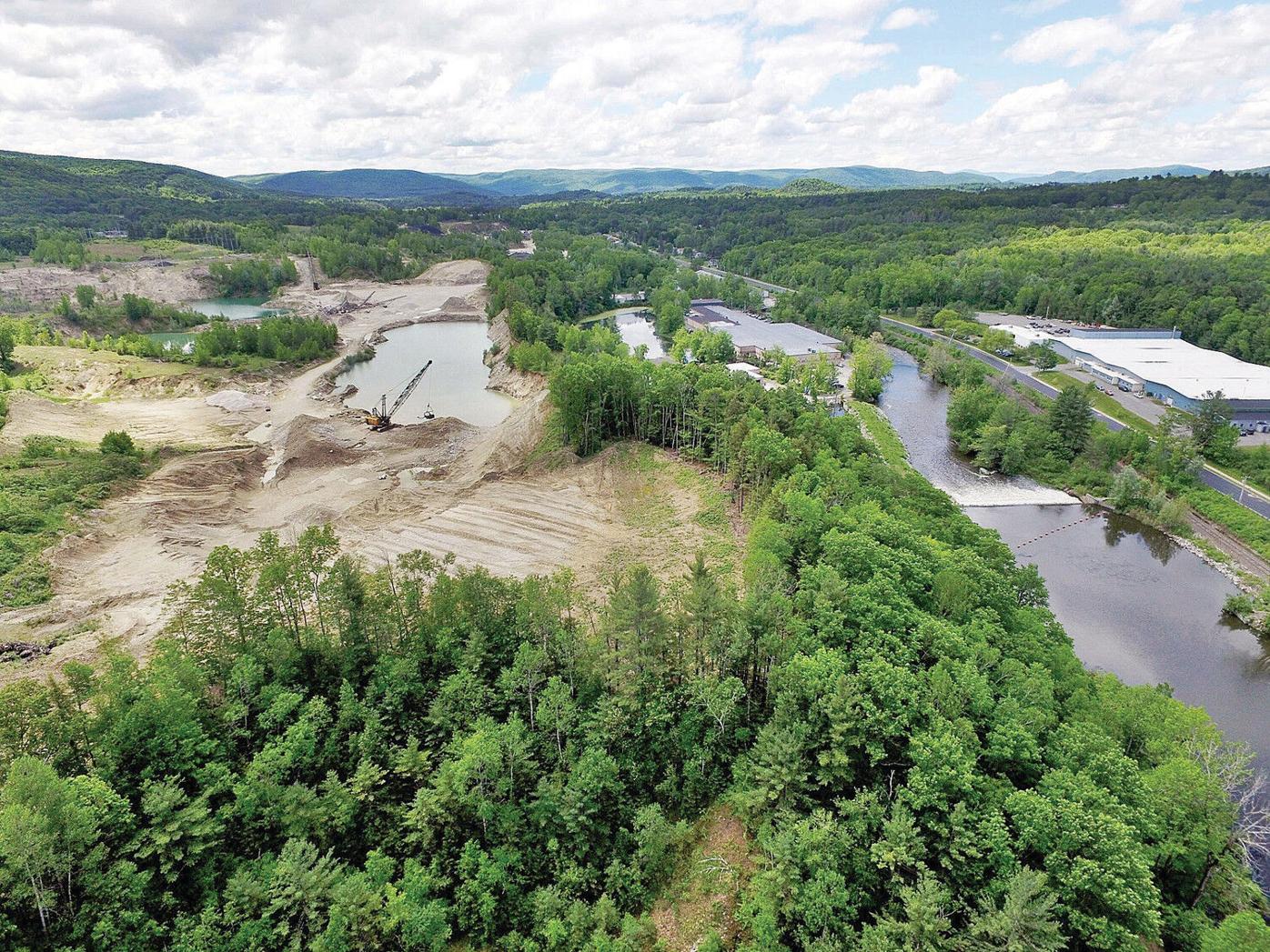 The Lane Construction parcel runs parallel to the Housatonic River south of Woods Pond in Lenox and extends to Lee. This is one of three local sites that General Electric has identified as possible places to dump PCB tainted sediment dredged from the Housatonic River. 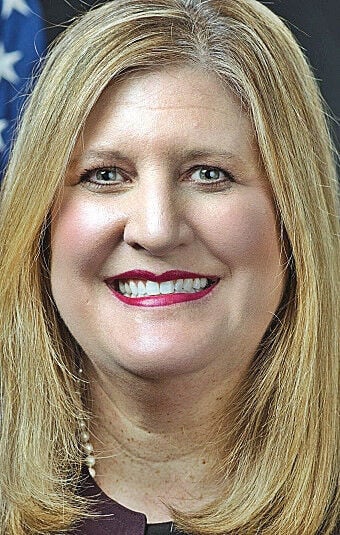 The Lane Construction parcel runs parallel to the Housatonic River south of Woods Pond in Lenox and extends to Lee. This is one of three local sites that General Electric has identified as possible places to dump PCB tainted sediment dredged from the Housatonic River.

Though one try at mediation bottomed out this winter, Alexandra Dunn says work to remove polychlorinated biphenyls (PCBs) from sections of the river will face up to five years of litigation and delay, unless agreement over how to conduct the cleanup can be found.

"Can reasonable minds sit down and talk things through?" Dunn asked during a meeting Tuesday with The Eagle's editorial board. "Is there something else that can be done ... in a way that is satisfactory to everyone?"

That's the $613 million question — given the current pricetag on the cleanup that Dunn's Region 1 office ordered in late 2016, and which the General Electric Co. is fighting before the nation's top environmental court.

The issue is back before Dunn's in-house experts, who are at work on a response requested in January by the Environmental Appeals Board. The board asked the EPA to provide more justification for its order that GE ship contaminated soils and sediment out of the state, adding an estimated $250 million to the cost. The agency hopes to respond by June.

The proposed local landfill sites for PCB hazardous waste disposal are at Lane Construction Co. near Woods Pond on the Lenox-Lee line, off Forest Street in Lee and near Rising Pond in the Great Barrington village of Housatonic.

But as that research advances, Dunn said she will push an effort to get disputing parties to agree on terms of a cleanup for the Rest of River project from southeast Pittsfield to Sheffield and beyond.

If not, she warned Tuesday, the project to remove PCBs released over decades by GE in Pittsfield, will be delayed for another three to five years. PCBs were banned in 1979 and are listed as a probable carcinogen.

An effort by the Environmental Appeals Board to bring the parties together with a mediator fell apart this winter, but the idea isn't dead.

Dunn said a neutral, independent mediator will now be asked to find common ground, in the interest of getting on with work.

"Until we have a cleanup solution, [the river] won't be that asset that they want it to be," she said.

In shaping that solution, the EPA will be mindful of public opinion in communities along the river.

"It can't happen in a top-down way from the EPA," she said, adding that she does not believe the agency would order a community "to accept something they wouldn't want."

She declined to say that gave towns "veto power," but noted they have political clout with an agency that's not included to play the heavy.

Dunn's boss, EPA Administrator Scott Pruitt, discussed the Housatonic cleanup during a February visit to Massachusetts. Dunn said Pruitt has not relayed instructions on how to handle the GE issue.

"Specific direction is something that he would refer to his regional administrator," Dunn said, when asked about Pruitt's agenda. "He has respect that there is institutional knowledge around all of these sites."

Instead, she said Pruitt's directives are more broad, calling for the agency's leaders to get results. "There's a lot of paralysis in our environmental system," Dunn said. "His challenge is about action."

Dunn started her day in the Berkshires discussing the cleanup with members of the five-town Rest of River Municipal Committee in Lee.

That panel presented a united front, emphasizing its firm opposition to GE's wish to dispose of contaminated soil and sediment in one of three potential landfills.

Dunn said solving the river's pollution problem is elusive. "We would have done the cleanup a long time ago if the answers were so obvious," she told the panel.

Dunn mentioned a letter from GE she received Monday expressing interest in hearing specifics from the towns, the state and the EPA about the prospect of mediation — and concerns about on-site disposal sites.

"GE is willing to participate in this effort with an independent, neutral mediator," Ann Klee, GE vice president for environment, health and safety, wrote to Dunn.

Klee said mediation "holds the potential for the Rest of River to be cleaned up sooner than would be realized through protracted litigation and provides the parties the opportunity to address their concerns rather than leave them to the courts."

Dunn acknowledged the challenge of mediation.

"We have to find ... the best outcome with the least amount of unhappiness, because perfection is the enemy of making progress on the environment," she said. "There are very rarely perfect solutions."

"We appreciate the EPA siding with the municipalities in opposition to locating a hazardous waste siting facility in Berkshire County in perpetuity," Karns said, referring to the agency's 2016 plan.

Karns said each of the three potential Berkshire sites has "a fatal flaw, or two or more."

Longtime Lee Selectwoman Patricia Carlino, who has served in town government for 38 years, cited improvements that make her community a destination rather than a "drive-through" for visitors bound for Lenox or Stockbridge.

"I don't want the town of Lee to be known as a dump site for GE," she said. "I don't think it's fair that we would have to be, and it's looking like we're going to be."

Great Barrington Town Manager Jennifer Tabakin termed the Housatonic "a poisonous river, but it could be an amazing asset."

She expressed a commitment to work with the EPA on a PCB cleanup. "We want to make sure it's done properly, and we'll be giving advice on ways to do it that will have the least impact on people adjacent to the river and the businesses, roads and bridges along it," Tabakin said.

Lee-Lenox Chief Administrative Officer Christopher Ketchen voiced concern about the cleanup plan's impact on roads and on the quality of life in the area.

He noted that the potential waste site near Woods Pond is close to the densely populated Lenox Dale neighborhood.

"This is an Area of Critical Environmental Concern for good reason because of the ecological sensitivity, and we don't want to see that overlooked as a part of any cleanup," Ketchen said.

Rene Wood, Sheffield's representative on the panel, also asked Dunn to protect the towns. "I do think this could turn out to be positive, but we really need to continue to have your support," she said.

Dunn took note of the resolve expressed by board members.

"It's very helpful for me to hear this unified voice from the communities," she said.

Steve Shatz, a Stockbridge Finance Committee member who represents his town on the Rest of River Committee, praised work by EPA employees in Boston.

"Our concern is that it continue. We don't have access to the centers of power, we are not able to reach the office of the administrator," a reference to EPA chief Scott Pruitt. "We only have you" he told Dunn.

"We want to work with the EPA, provided we get the continuing support we've had throughout all these years," Shatz said. "If that changes, I think our strategy is going to change as well."

Dunn said she believes the Housatonic project will move forward. "I think we're in a good place," she told members of the committee.