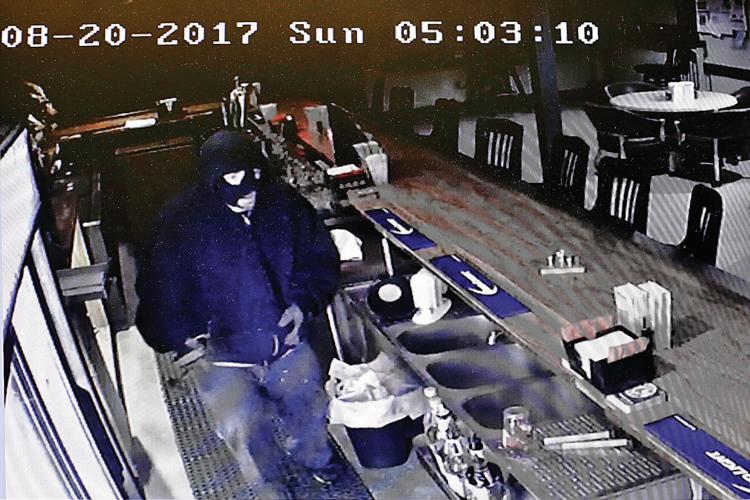 Using a crowbar, a masked man forced his way into the Pittsfield American Legion at 5 a.m. on Sunday, Aug. 20. The man stole both an ATM machine that was bolted to the floor and contained around $2,000 and a large gun safe in the manager's office containing around $450 in cash 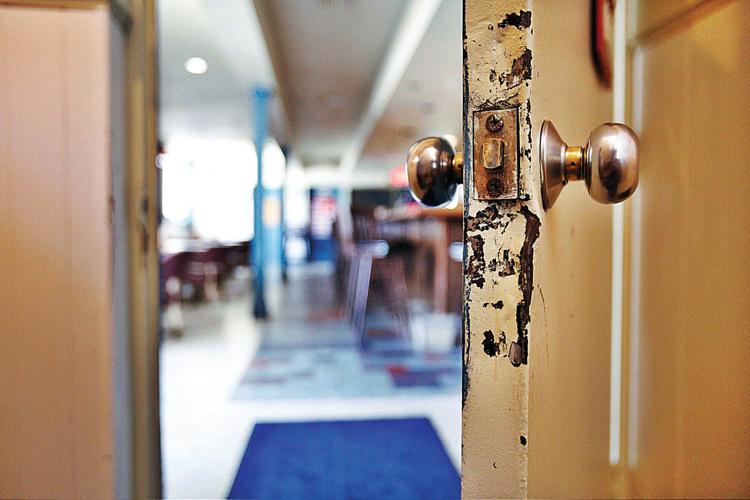 Using a crowbar, a masked man forced his way into the Pittsfield American Legion at 5 a.m. on Sunday, Aug. 20. The man stole both an ATM machine that was bolted to the floor and contained around $2,000 and a large gun safe in the manager's office containing around $450 in cash

PITTSFIELD — City police are investigating the latest theft of an ATM, this time from the Pittsfield American Legion post.

Martha Read, club manager for the American Legion post 68 on Wendell Avenue, said an ATM and safe were both stolen from inside the building on Aug. 20.

She said there was about $2,000 in the ATM and the five-foot tall gun safe in the office had about $450 cash inside.

Read said the burglary is another blow to an already struggling club, which has seen its ranks decline as younger veterans tend to not become members and age claims the older ones. She noted the Legion post is the last military club in Pittsfield and lamented that someone would rob a business that supports area veterans.

Surveillance video footage from about 2:30 a.m. Aug. 10 shows someone trying to break into the building; first by attempting to pry open a pair of windows, then going after the back door.

When the suspect managed to breach the door, the club's alarm went off, prompting them to flee the area.

Then, about 5 a.m. Aug. 20, someone cut the wires at the back of the building, disabling the alarm and phone lines into the club.

The burglar gained access by prying open the exterior door.

An ATM at the base of a set of stairs into the club was removed from the floor, had its top section removed and was pulled up the stairs and out the door.

Video surveillance from inside the club shows a male wearing gray pants, a blue hooded sweatshirt, gloves and a mask, walking through the building and behind the bar.

Read said the burglar went for a cash drawer behind the bar, but it was empty at the time.

The suspect eventually found their way to an office that contained the safe.

The suspect apparently "walked" the 400-pound safe out of the office, used a rug to help drag it toward the stairs and got it out of the building, leaving behind damage caused by its removal.

Read said she's shown the footage to other staff members as well as club regulars, none of whom were able to recognize the suspect.

She said, from lights seen in the surveillance video, it appears the suspect may have had an accomplice in a vehicle parked outside of the camera's view.

This incident comes on the heels of several other thefts and attempted thefts of ATMs in the Berkshires over the last month.

An ATM containing about $3,000 was taken from O'Brien's Market on Main Street in Lenox sometime before 3 a.m. Aug. 3.

A similar break-in was attempted that same morning from a Mobil service station on Route 102 in Lee. An employee discovered the attempted theft and the suspects fled before getting any cash.

Other similar thefts were also reported in Otis and Becket, according to state police.

It is not clear if police believe the same person is involved in all of the thefts.

Lenox Police Chief Stephen O'Brien was not available for comment Wednesday afternoon. No one from the Pittsfield Police Department was available to comment whether the incidents may be related.