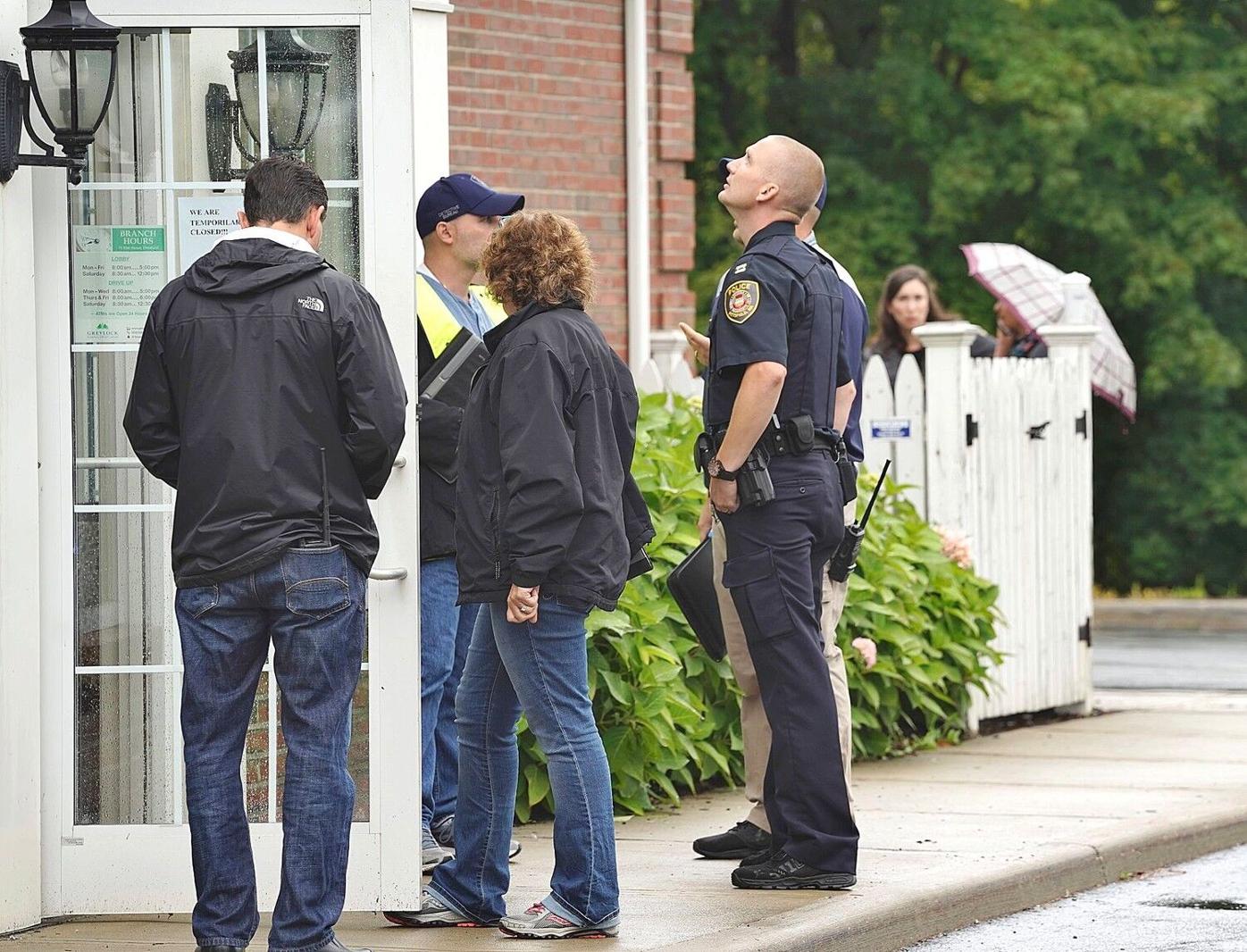 Police investigate the robbery on Wednesday morning of the Greylock Federal Credit Union branch on Elm Street in Pittsfield.

Police investigate the robbery on Wednesday morning of the Greylock Federal Credit Union branch on Elm Street in Pittsfield.

PITTSFIELD — Police are looking for a woman suspected of robbing the Greylock Federal Credit Union on Elm Street on Wednesday morning.

About 10:20 a.m., a person whose identity was concealed approached a teller with a note and fled with an undisclosed amount of money, according to Pittsfield Police Lt. Detective Lt. Mike Maddalena. No weapon was shown.

The suspect is believed to be a black woman, possibly in her 20s, with a slim build, according to a statement from police. She was wearing a black zip-up hooded sweatshirt, baseball cap, and ripped jeans. She was carrying a larger purse or handbag fled in an unknown direction of travel.

There were several tellers and patrons in the credit union at the time of the robbery, Maddalena said on scene.

Police were reviewing surveillance video from the bank and a neighboring business to help identify the suspect and determine whether any vehicles were involved.

The parents of a 21-year-old teller, who were outside the credit union Wednesday morning, said their son had been held up. They declined to identify him.

"In these types of unfortunate circumstances, our No. 1 concern is for the safety of our employees and our members," said Jeffrey Gerard, the credit union's chief risk officer. "We are pleased that all employees reacted in exactly the way they are trained to do. We appreciate the prompt response of local law enforcement and we are cooperating fully with the investigation being conducted by the Pittsfield Police Department."

City school officials also took precautions at campuses near the crime scene. Pittsfield High School students were kept on campus during the second open lunch period, and recess at Williams and Egremont elementary schools were moved indoors, according to a robocall to district parents by Superintendent Jason "Jake" McCandless.

Anyone who may have witnessed or have information about the incident is asked to contact the Pittsfield Police Department detective bureau at 413-448-9705.

Detectives would like to speak to anyone with video surveillance systems around Elm Street, Pollock Avenue, Commonwealth Avenue, and the surrounding areas.