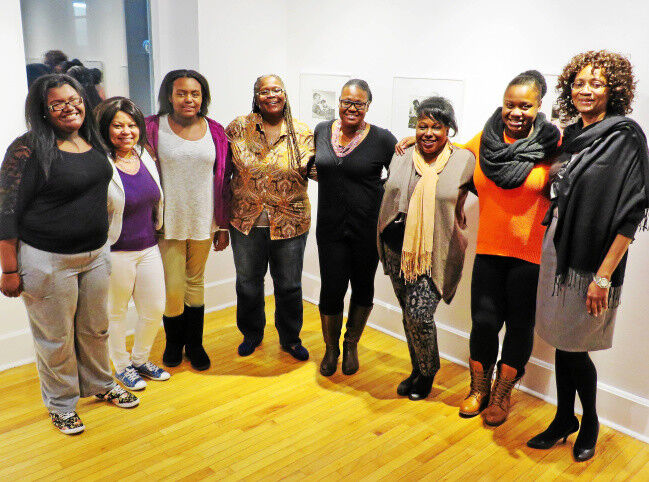 Iris Canham, second from left, general manager of the Mother of Peace orphanage in South Africa visits the ROPE Program in Pittsfield. 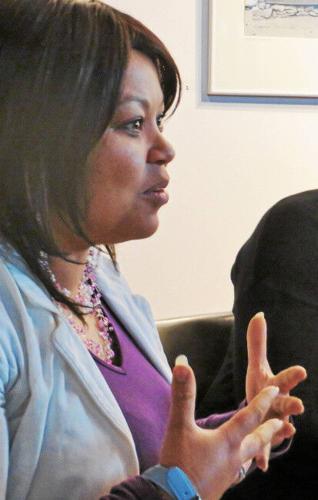 Iris Canham speaks about her work to members of the ROPE Program in Pittsfield.

Iris Canham, second from left, general manager of the Mother of Peace orphanage in South Africa visits the ROPE Program in Pittsfield.

Iris Canham speaks about her work to members of the ROPE Program in Pittsfield.

PITTSFIELD >> Now entering its fifth year, the Rites of Passage Empowerment (ROPE) Program for young women of color is looking cast a wider net into supporting and fostering connections with the local and global community.

From 6 to 8 p.m. on Sunday, the group will host at Berkshire Hills Country Club its inaugural "Wind Beneath My Wings" celebration to honor its longtime partners Mary Talmi of the Rock On! music education program, and Greylock Federal Credit Union. Actress and playwright Donnetta Lavinia Grays, who's currently co-starring in the Barrington Stage Company's production of "Veils" will be the keynote speaker. Tickets are $25 per person, general admission.

This year's ROPE program will also put a greater emphasis on mentoring, and connecting young women with their worlds through community service-learning experiences, including local projects and a mission trip to connect with teens in South Africa during the February school break.

"We want to build girls up and grow young women who will come back and do the same for others," said Jean Clarke-Mitchell, one of the adult mentors for the ROPE Program.

Last Thursday, ROPE members were able to meet with Iris Canham, general manager of the Mother of Peace children's village orphanage, located in a rural river basin region of Illovo, located in the KwaZulu-Natal province of coastal South Africa. Canham has been visiting the Berkshires to meet with ROPE leader, Shirley Edgerton, and the group, as well as another Mother of Peace partner, Susie Walker Weekes

The region has been greatly impacted by the HIV/AIDS epidemic, leaving the community to overcome an approximately 85 percent unemployment rate and a prevalence of households which are headed by children.

The two students who took part in this particular meeting said they were just generally curious to learn about another culture outside of the United States.

"I'm excited to get out of the country," said Jordan Hamilton, a first-year ROPE member and freshman at the Berkshire Arts and Technology Charter Public School in Adams.

Shalia Kisic, a second-year ROPE member and Pittsfield High School freshman, said she's also never been outside of the U.S., and is looking forward to meeting other teenagers. "A lot of people complain about how boring it is here, but I think it will be interesting to see what it's like there and then to come back," she said.

Just as the ROPE mentors try to provide its young members, Canham said the Mother of Peace girls "need role models in their lives," noting that they know little about American culture beyond what they might see on television shows and in movies.

Shirley Edgerton had a chance to visit the children and teens of Mother of Peace back in February. "It was just an incredible experience," she said.

Canham said most of the volunteers who visit are Caucasian foreigners, and were surprised to see Edgerton, an African-American woman, interested in helping them learn and grow.

"I think you'll inspire them," Canham said. She said many of the young people, particularly the teens, feel isolated and labeled as poor because of their living situation.

"We want to encourage them to be proud of who they are so they can reach their full potential," she said.