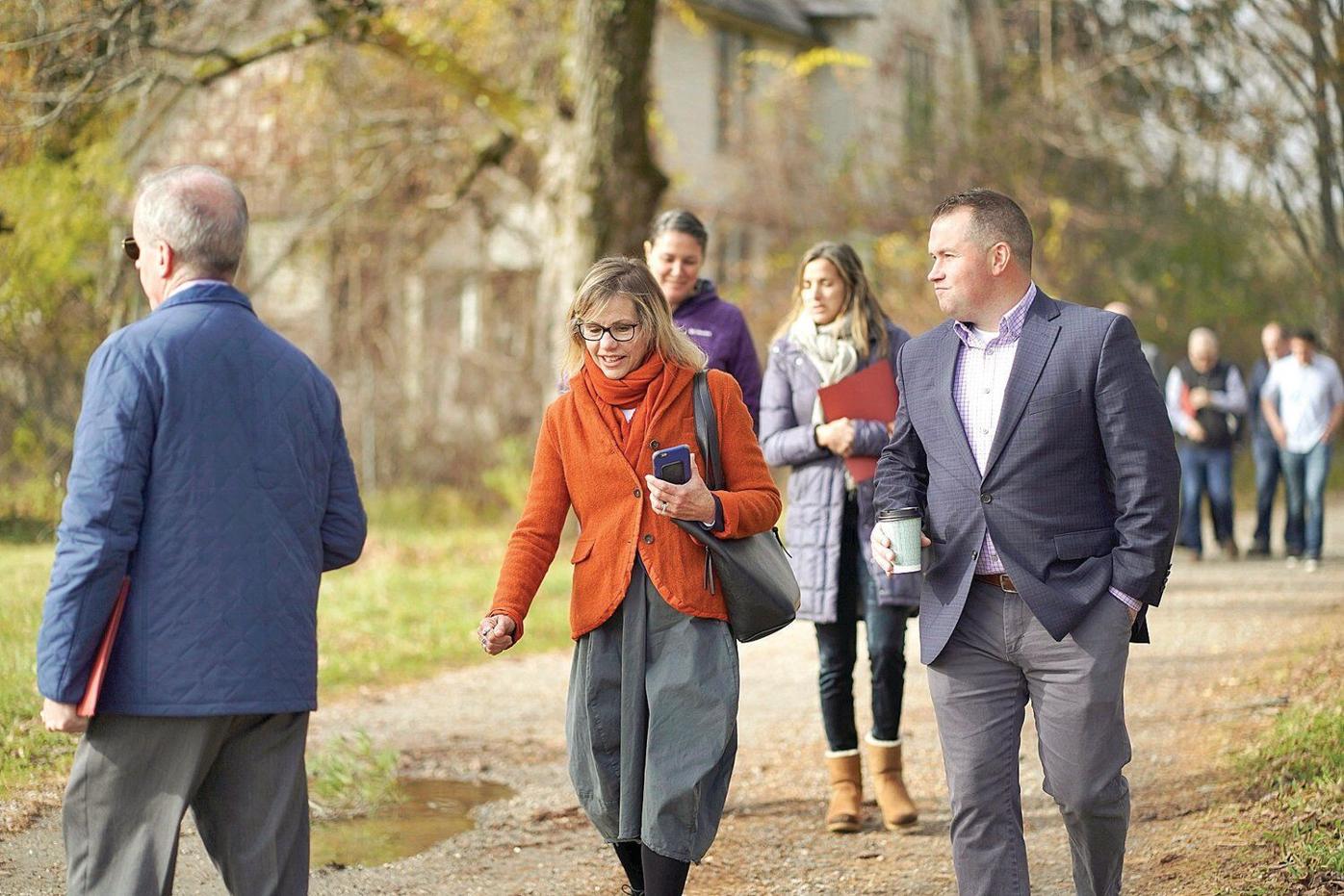 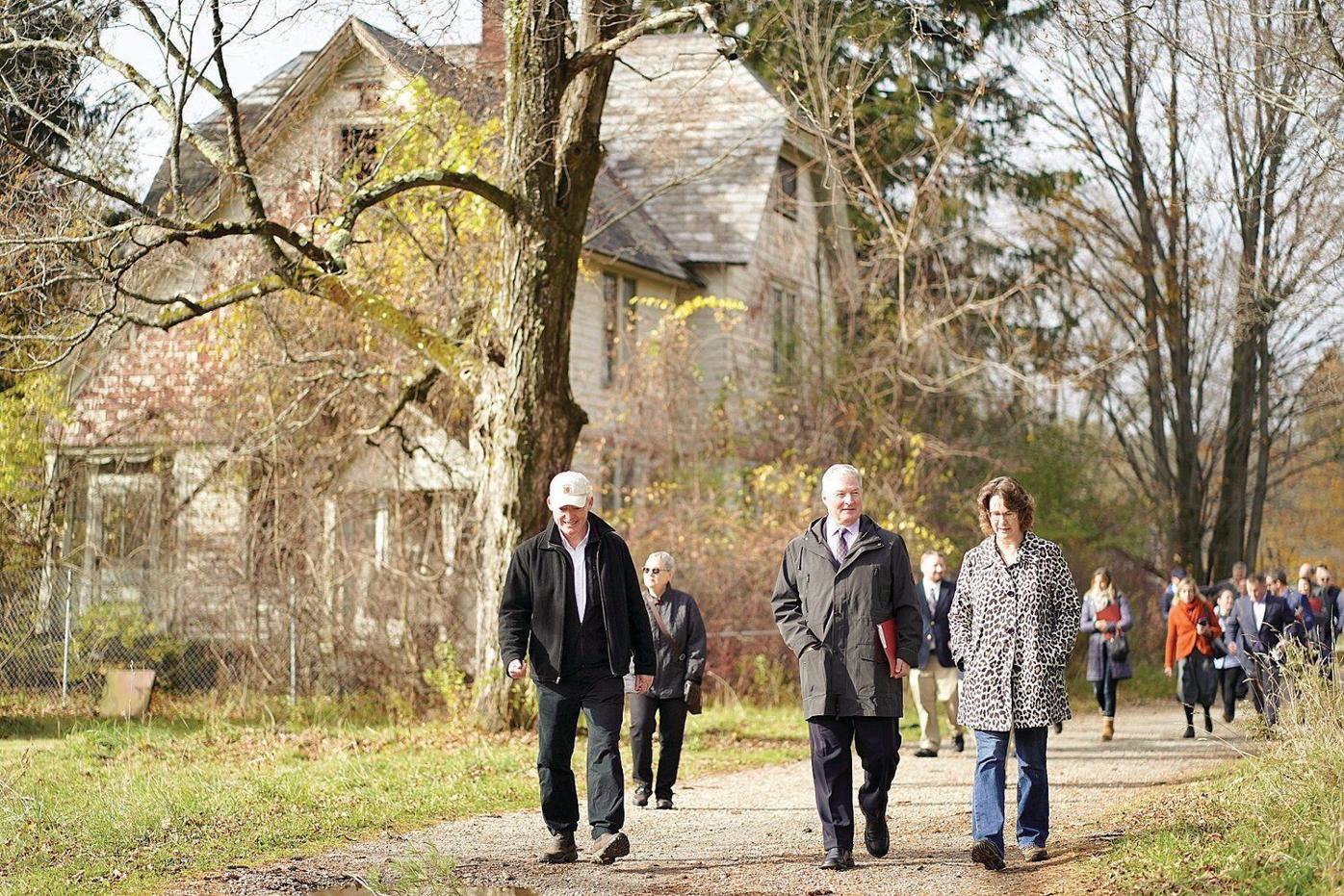 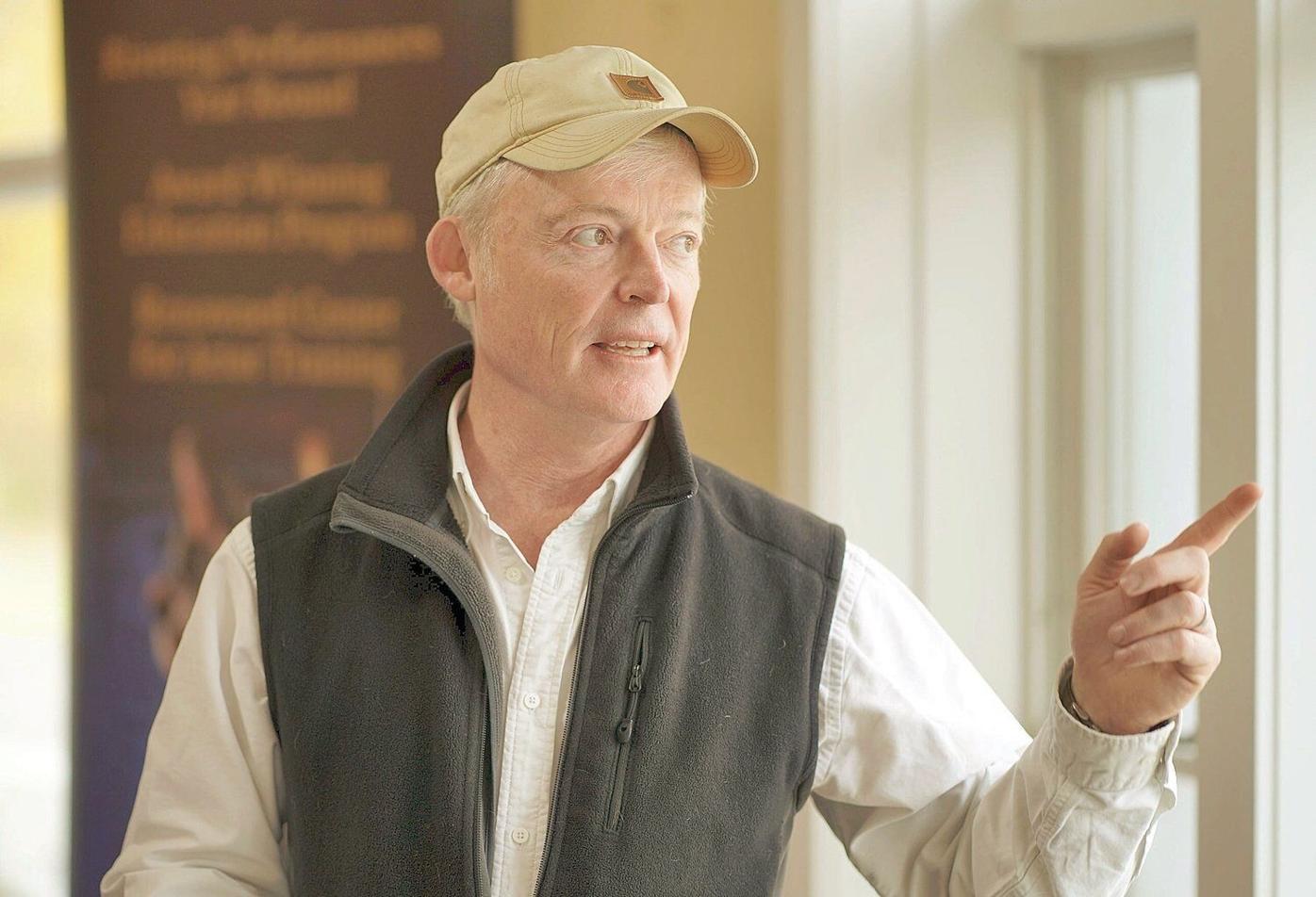 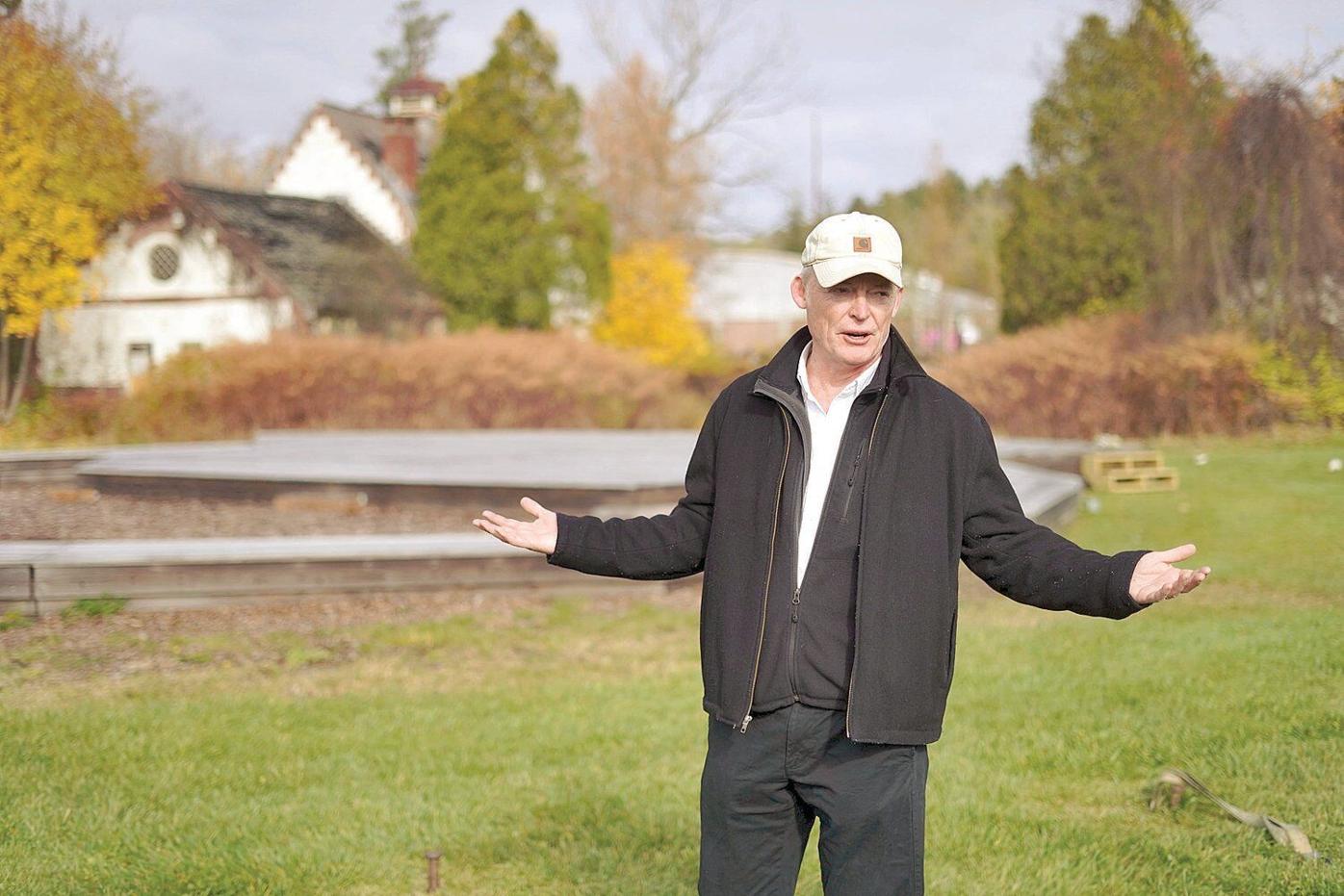 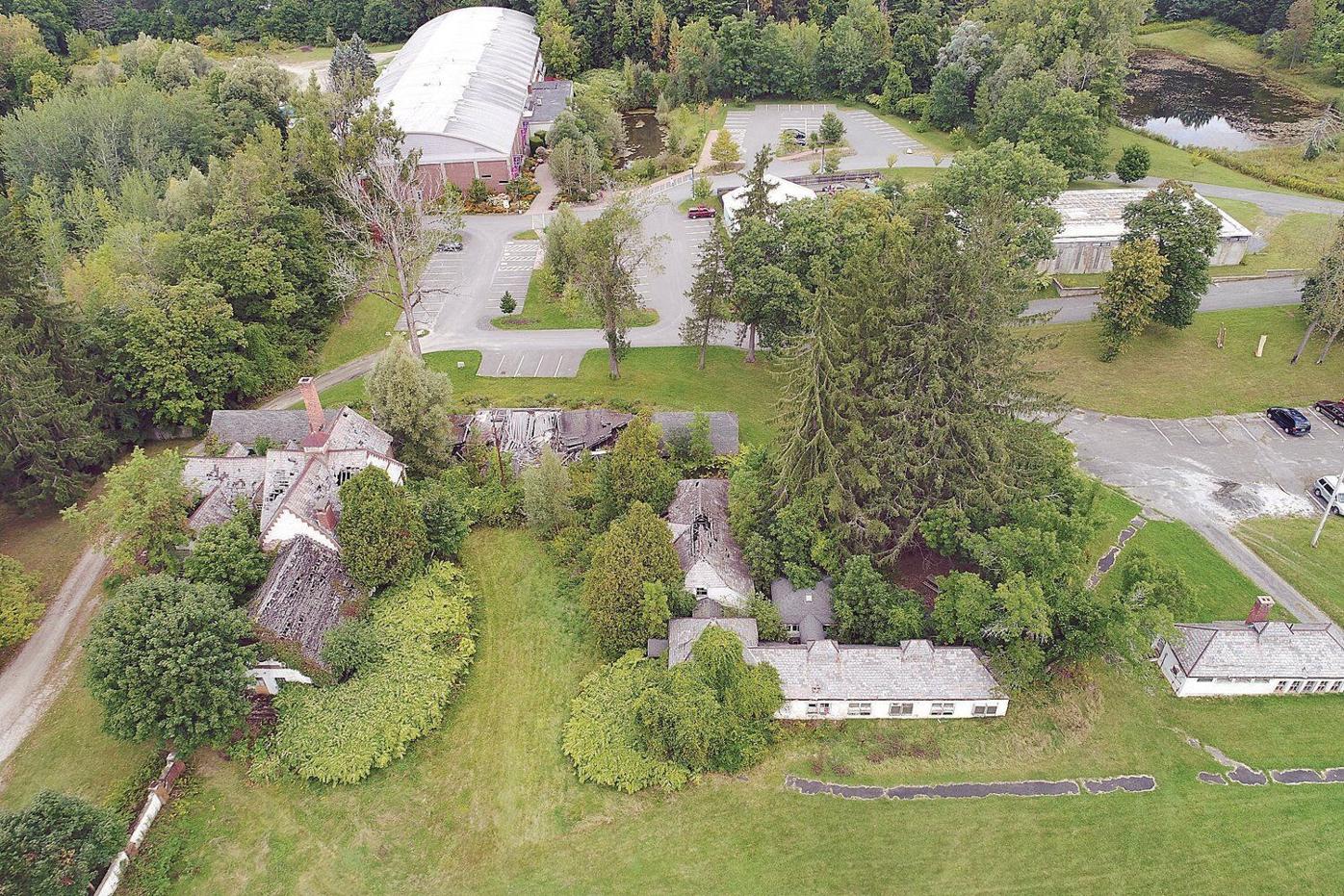 The Field House and Hamlet is one of the sites that could yield creative use at Shakespeare & Company. The theater company is sending out requests for proposals from qualified real estate or other business and property development firms and nonprofits, to propose ideas to further develop some of the company's, 33-acre property in Lenox, seen here from the air in September.

The Field House and Hamlet is one of the sites that could yield creative use at Shakespeare & Company. The theater company is sending out requests for proposals from qualified real estate or other business and property development firms and nonprofits, to propose ideas to further develop some of the company's, 33-acre property in Lenox, seen here from the air in September.

LENOX — Have campus, will share with the right partner.

That was the message from Shakespeare & Company to a select group of political, cultural and business leaders on Monday as it seeks a developer to rescue and restore unused portions of the theater troupe's 33-acre site on Kemble Street, near the historic downtown business district.

The goal, first announced on Sept. 10 as a formal request for proposals, is to attract one or more business or nonprofit collaborators for potential projects such as affordable housing, lodging or another nonprofit partner on the property, currently zoned for educational and one-acre residential use.

The requests were directed to potential applicants such as real estate or other business and development firms, as well as nonprofits "with the goal of monetizing the property in a way that is advantageous to both the interested entity and the Company," according to the document. "All prospective applicants must show experience with large-scale development projects."

Monday's presentation was organized by 1Berkshire, the state-designated economic development agency for the county, to acquaint the invited guests with the site's considerable assets — four theaters, a production center and several residences for actors and other staff — as well as its open space and vacant buildings.

"Certain buildings require more than just attention," said Allyn Burrows, artistic director for Shakespeare & Company. "They require eradication. But some of them are going to hold up."

The aim of the presentation and a walking tour was to "give all of you an idea of what the potential is for this property," said Jonathan Butler, president and CEO of 1Berkshire. "We've had some luck pulling together groups like this and watching as things take off from there. We're hoping to help out Shakespeare & Company as we look for what the future of this property and some of the other potential uses might be."

"Everything now is kind of a blue-sky conversation," Burrows said. "We've been hesitant, we've been recalcitrant to come down hard on any one idea, whether it be housing or lodging or another nonprofit endeavor."

This month, at least a dozen groups have attended two public and several private presentations, including tours of the campus and its 17 buildings — at least five have been condemned by the town and are targeted for demolition.

Exploratory statements of interest from potential applicants who have toured the site are due by Nov. 14, said Adam Davis, Shakespeare & Company's managing director. Later in November, the company intends to request full proposals from potential designated partners, which are due by Jan. 23. A successful applicant would be notified in mid-March, setting the stage for a collaboration.

"We want to be part of the community," Davis said. "We want this to be an economic driver for us as well as the Berkshires."

Responding to a query from Anita Walker, executive director of the Massachusetts Cultural Council, about restrictions on the property, Davis said that "the conversation that the town really needs is affordable housing, so I'm sure the zoning board would work well with us on that."

"This property is so valuable, right in the center of town," he said. "The opportunity here is so important, a stone's throw from the world-class Canyon Ranch organization."

Pignatelli recalled "the sigh of relief across the town when Shake and Co. took on this property," since the state had briefly considered locating a youth detention center at the site.

"In some ways, it still is," Burrows joked.

"But we pay to come see you do it," Pignatelli replied amid much laughter.

State Sen. Adam Hinds, D-Pittsfield, stressed the importance of the arts and tourism to the region, citing $1 billion in investments over the last three years listed by 1Berkshire's "Berkshire Blueprint 2.0."

"A lot of those were arts institutions — Tanglewood, Mass MoCA and The Clark," he said.

The purpose of the presentation was to demonstrate that "we want to be transparent, we're not hiding anything," Davis said. "In fact we're showing it all; we're showing you where the skeletons are, where we need help. We believe that we can't do it on our own, we need a community to help us make that happen."

The vestiges of former property owners — the Lenox School for Boys, the Bordentown Military Academy, the Bible Speaks religious cult and the National Music Foundation — remain visible, but the campus also has modern facilities such as the main stage Tina Packer Playhouse, the Elayne Bernstein Theatre and production center, and the Miller administration building.

"The spaces are integrated, and yet we have square footage that we're offering for people as well as the resource and traffic that might be useful to their endeavors," Burrows said, adding that the company's theaters, as well as education and training programs, bring up to 50,000 people a year to the property.

Shakespeare & Company, founded by actress and director Tina Packer in 1978 at The Mount, home of the Edith Wharton Restoration, purchased its current property at 70 Kemble St., then 64 acres, in 2000 from the unsuccessful National Music Foundation for $4.1 million. The current assessed value is $8,821,000. Several parcels have been sold off, yielding the current 33-acre footprint.