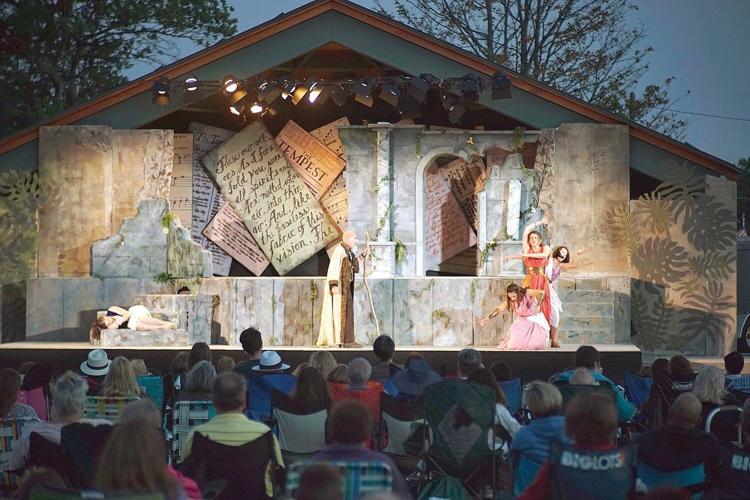 Pittsfield Shakespeare in the Park mounts its productions at the Pittsfield Common on First Street. 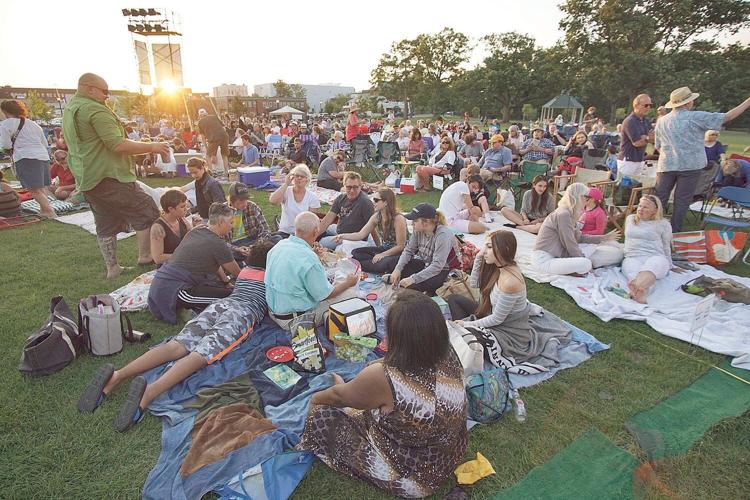 Audience members are encouraged to bring picnic blankets and chairs for the outdoor performances. 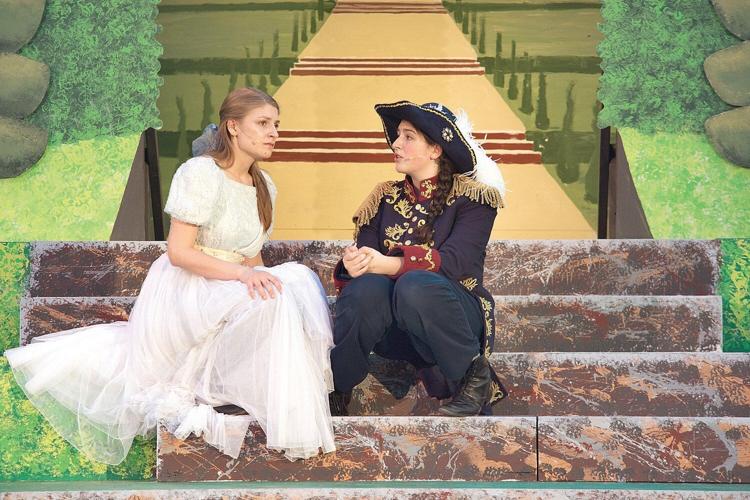 Caroline Fairweather and Claudia Maurino in a 2017 production by Pittsfield Shakespeare in the Park of "Twelfth Night." The troupe will launch a fundraising campaign Tuesday, and hopes to return to the Common stage next summer.

Pittsfield Shakespeare in the Park mounts its productions at the Pittsfield Common on First Street.

Audience members are encouraged to bring picnic blankets and chairs for the outdoor performances.

Caroline Fairweather and Claudia Maurino in a 2017 production by Pittsfield Shakespeare in the Park of "Twelfth Night." The troupe will launch a fundraising campaign Tuesday, and hopes to return to the Common stage next summer.

PITTSFIELD — Pittsfield Shakespeare in the Park is one of the truest grassroots efforts an aficionado of the Bard of Avon's work can find.

While taking 2018 off from production for strategic planning reasons, this year, Shakespeare in the Park is back for its fifth season starting this week, with a production of the beloved and raucous comedy "Much Ado About Nothing." The show, directed by Maizy Broderick Scarpa, will run from Aug. 15 to Aug. 25 at the First Street Common.

The company is the creation of local theater producer and educator Enrico Spada, who said that what makes this outdoor theater unique among regional Shakespeare stages is that it's free of charge to the audience. This makes PSP hone in on staging one show per season, cast entirely from locals.

"It's our fifth anniversary, and our fifth production, this year," Spada said. "I started the company partly because I wanted to do more directing. I was a teaching artist and actor and wanted to create more work from a big-picture point of view."

In the Berkshires, Spada continued, there are so many excellent actors who are "hungry to do Shakespeare's plays," that he thought it would be "a great opportunity to scoop them up into a project for the good of the community."

To this end, Spada said, fundraising has been the key to PSP's success thus far, since producing theater is an expensive proposition. The company is run as a non-profit organization.

"It's tough when there's no income from ticket sales," Spada said. "I've been so grateful to the individuals and businesses who have stepped up the plate and said `Yes, Pittsfield deserves free outdoor theater,' and made contributions, big and small."

This year, "Much Ado About Nothing," will feature eight to 10 local actors in double roles. Scarpa said that her approach to directing Shakespeare is first about getting "very clear on what the language is actually saying."

"In order to give a play its due, we need to treat it like it's totally new, leave our preconceived notions at the door, and delve into what the words actually say and mean, and not just what we think they might mean," Scarpa said. "There have been 400 years of ideas about Shakespeare that have very little to do with his actual words, that need to be brushed aside. But once we do that work, the plays just come to life and are alarmingly contemporary."

As such, a comedy like "Much Ado About Nothing," Scarpa explained, is still relevant today, as so many of its themes "resonate in the present."

"One is the questions it poses about loyalty and allegiance, and to whom we owe our loyalty," Scarpa said. "How do we act when we feel betrayed? Can friendships survive new relationships? Whose voices are listened to? Whose voices are ignored? Who gets hurt when we don't listen to the full story? How does gender affect how we navigate our world? How can we all do better?"

Scarpa added that just listening to the news and reading current headlines as well as "asking your friends what they are struggling with in their lives, and you'll find that these questions are lurking not too far beneath the surface."

The director added that she worked with PSP as an actor in its inaugural season, and then returned to perform again two years later. What she learned, Scarpa said, is that the experience of watching a show at PSP is all about people in Pittsfield pulling toward a common goal.

"As someone who grew up in Pittsfield, I love how PSP brings all sorts of people together to celebrate the human experience and the Pittsfield community," Scarpa said. "Enrico [Spada] reached out to me this spring to ask if I was interested in directing `Much Ado,' and I am honored to pick up the mantle."