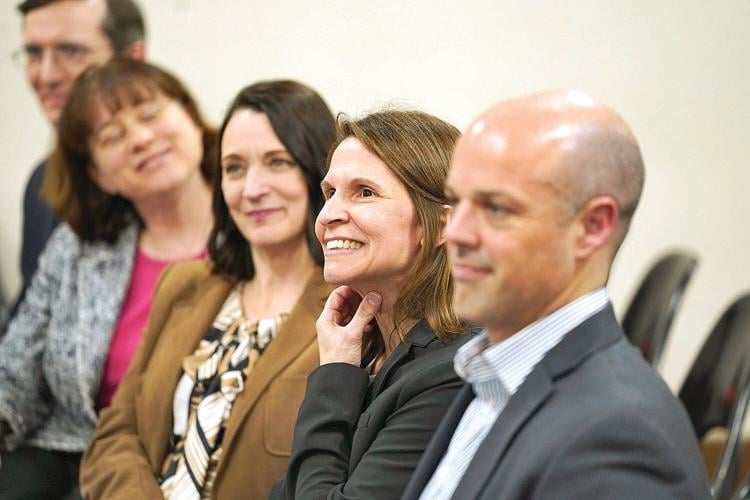 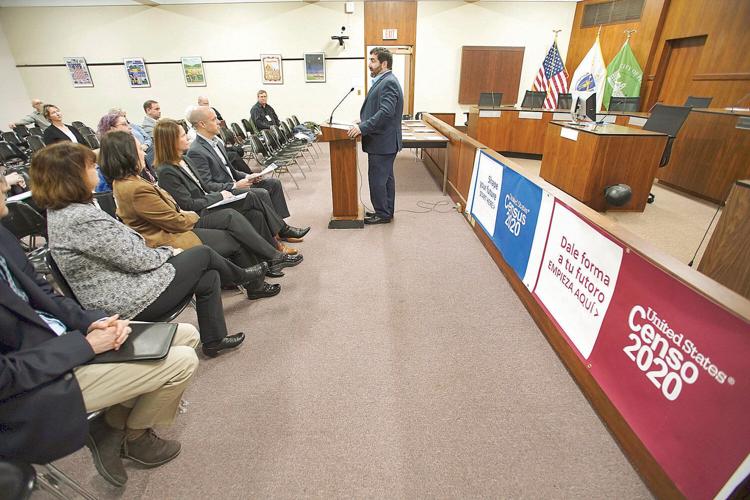 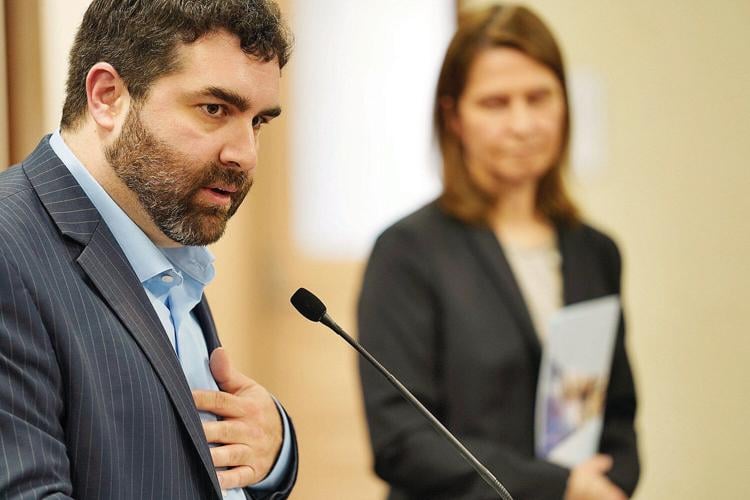 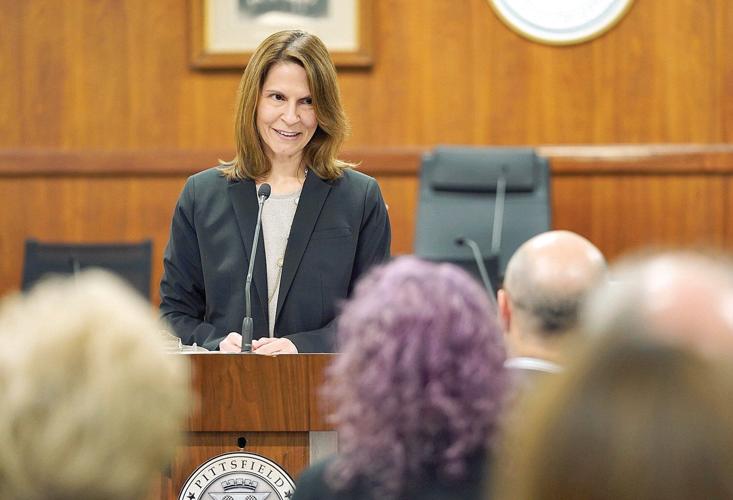 PITTSFIELD — With legislative representation and federal funding at stake, Berkshire residents need to stand up and be counted next year.

Local, state and federal officials at City Hall delivered that important message on Monday to county inhabitants — be included in the 2020 U.S. Census.

"The goal is simple; count everyone once, only once and in the right place," said Georgia Lowe, representing the U.S. Census Bureau regional office.

The head count of every man, woman and child may be a year away, but Lowe joined state Rep. Paul Mark, D-Peru, Mayor Linda Tyer and others to get a head start on making residents aware of why an accurate count is crucial to their community and state. The federal government has chosen April 1, 2020, as the day to be officially counted.

Mark says residency affects how many U.S. House of Representatives seats each state gets, as well as the shape of state representative and senatorial districts.

"If we count accurately, we shouldn't lose a House seat like we did after 2010," said Mark, who is chairman of the Massachusetts House Committee on Redistricting. He was referring to Western Massachusetts losing a Congressional seat due to declining population and other states growing at a faster pace than Massachusetts a decade ago.

Tyer cited the slogan for the 2020 census, "Shape your future," in urging Pittsfield residents to answer the census questionnaire that will be available next March.

"Our [federal] Community Development Block Grant is tied to our population; completing the census is critical for us," she said.

While Massachusetts Secretary of State William Galvin in December announced the commonwealth's population is nearing the 7 million mark, an increase of 5.4% from 2010, the Berkshires' population decline of the last 50 years is expected to continue. Since the county's population peaked at 149,402 in 1970, the figure has gradually dropped to 131,294 in 2010. By next year, the Berkshire Regional Planning Commission has projected 126,490 residents in the 32 cities and towns, down another 3.6%.

As the facilitator of the county's Complete Count Committee, BRPC data and technology manager Mark Maloy says work will soon begin on marketing the census to households and especially finding census takers. The nearest Massachusetts census office to the Berkshires will be in Worcester.

"Hiring for canvassing our local communities, that's going to be a challenge," Maloy said. "Maybe we can have training in the Berkshires or bus people to Worcester."

Lowe said her agency can train the enumerators in the Berkshires, with hiring expected later this summer.

For the first time, the Census Bureau is allowing people to file an online census form and it will be available in 12 languages in addition to English. Census questions can also be answered by phone or filling out the form mailed to 95 percent of American households. The rest of the households will have a form dropped off at their physical address or be counted in person by a census taker.

Lowe said federal law prevents the Census Bureau and census takers from sharing personal information, including with other federal agencies.

Local and state officials realize the immigrant population may be the most hesitant to participate in the census, especially with President Donald Trump calling for a citizenship question on the form that must be finalized this summer. Three federal judges have already ruled against the Trump administration.

Mark says ignoring the census, for whatever reason, isn't an option.

Over the past 10 years, the non-Hispanic white population in Berkshire County fell, while the region gained Black, Asian, Hispanic and multiracial residents.