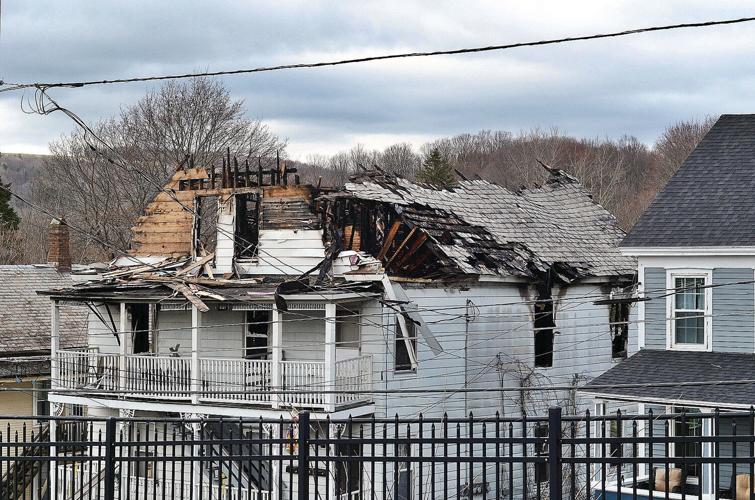 Officials believe Thursday's fire began in the second-floor apartment of the home at 60 Maple St. in Adams. 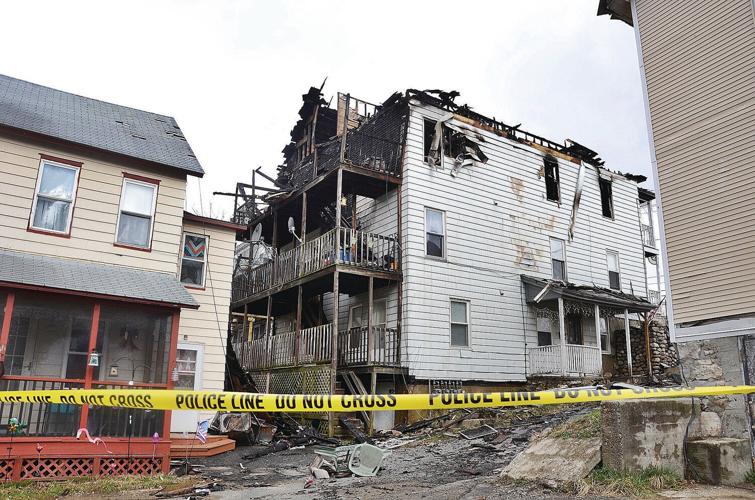 A fire caused extensive damage to a multifamily home at 60 Maple St. in Adams early Thursday. Six residents in three apartments were left homeless by the blaze.

Officials believe Thursday's fire began in the second-floor apartment of the home at 60 Maple St. in Adams.

A fire caused extensive damage to a multifamily home at 60 Maple St. in Adams early Thursday. Six residents in three apartments were left homeless by the blaze.

ADAMS — Firefighter Jake Lesnick was at the home of his girlfriend's mother early Thursday when his pager went off.

There was a fire reported at 60 Maple St., and he leapt into action.

It was his address.

"It's not good responding to a structure fire [at] your own house," he told The Eagle.

Lesnick and his girlfriend were among six people who were displaced by the fire, which gutted his second-floor apartment.

The other four residents weren't home when the flames began to consume the second floor and roof of the two-and-half story wooden structure.

"When I arrived there was fire out the west side of the house," said Adams Fire Chief John Pansecchi. "The first crew found heavy heat and heavy fire [inside]."

Pansecchi said the fire's intensity forced him to pull out the firefighters and attack from above using the department's year-old ladder truck.

The fire was reported about 12:15 a.m. by Susan Marshal, a first-floor tenant of the apartment, who was awakened by her two barking dogs and alarms.

"I could see the smoke and fire coming from the second floor," she said.

Marshal, along with another tenant in her apartment and her dogs, escaped unharmed.

The fire gutted the second floor and roof, with water damage done to the first floor, Pansecchi said. The cause remains under investigation.

Investigators from the Office of the State Fire Marshal spent part of the morning speaking to tenants, and later they planned to sift through the rubble for clues as to what ignited the blaze.

Lesnick and his girlfriend are temporarily living with the woman's mother; the American Red Cross was helping the other four fire victims to find short-term housing.

Owner Mike Dostal said the residence had four apartments, three of which were rented, and it was fully insured. He was unsure if the building could be saved.

Lesnick said his two dogs perished in the blaze, which officials believe began in his apartment. A cat also reportedly died in one of the other apartments.