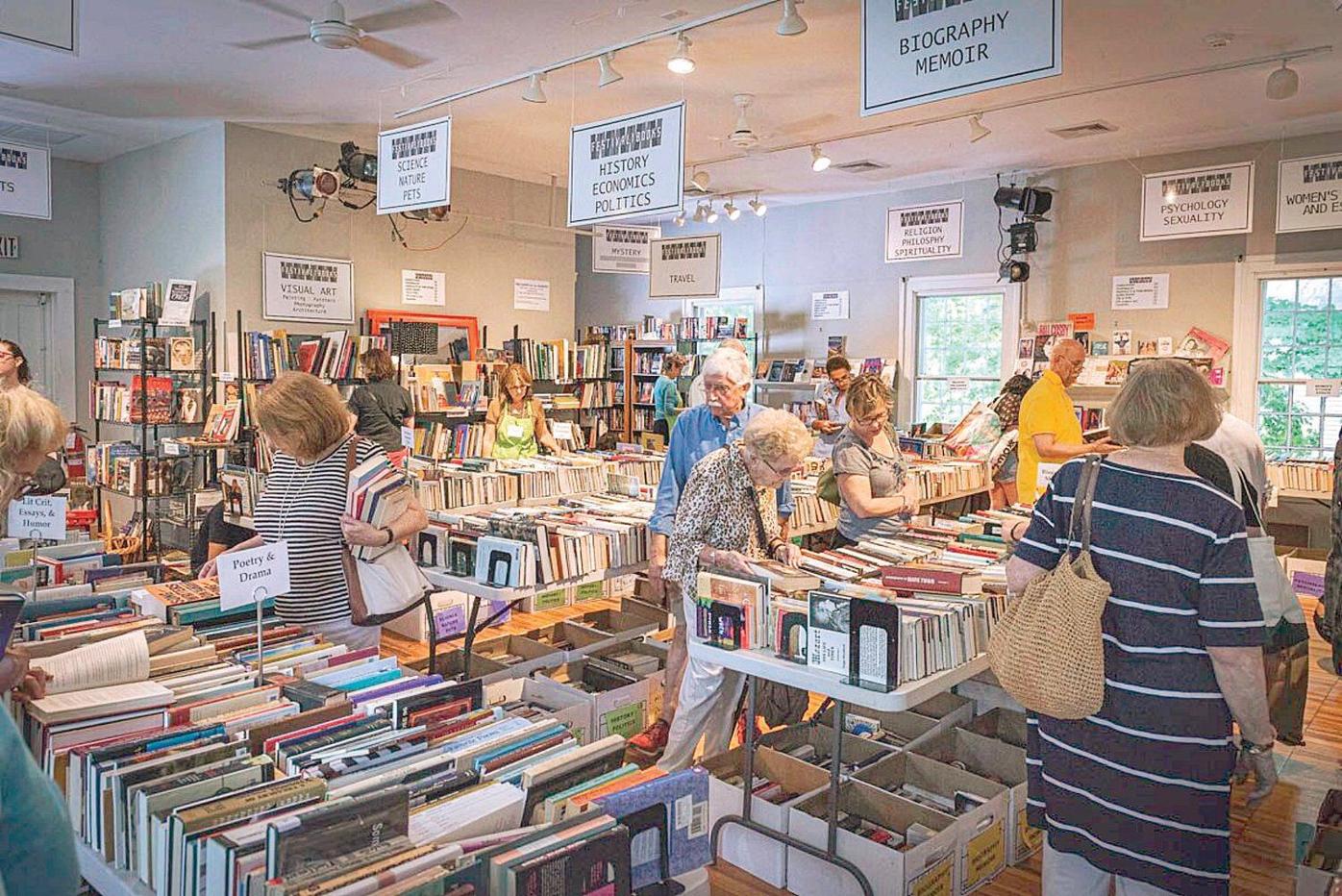 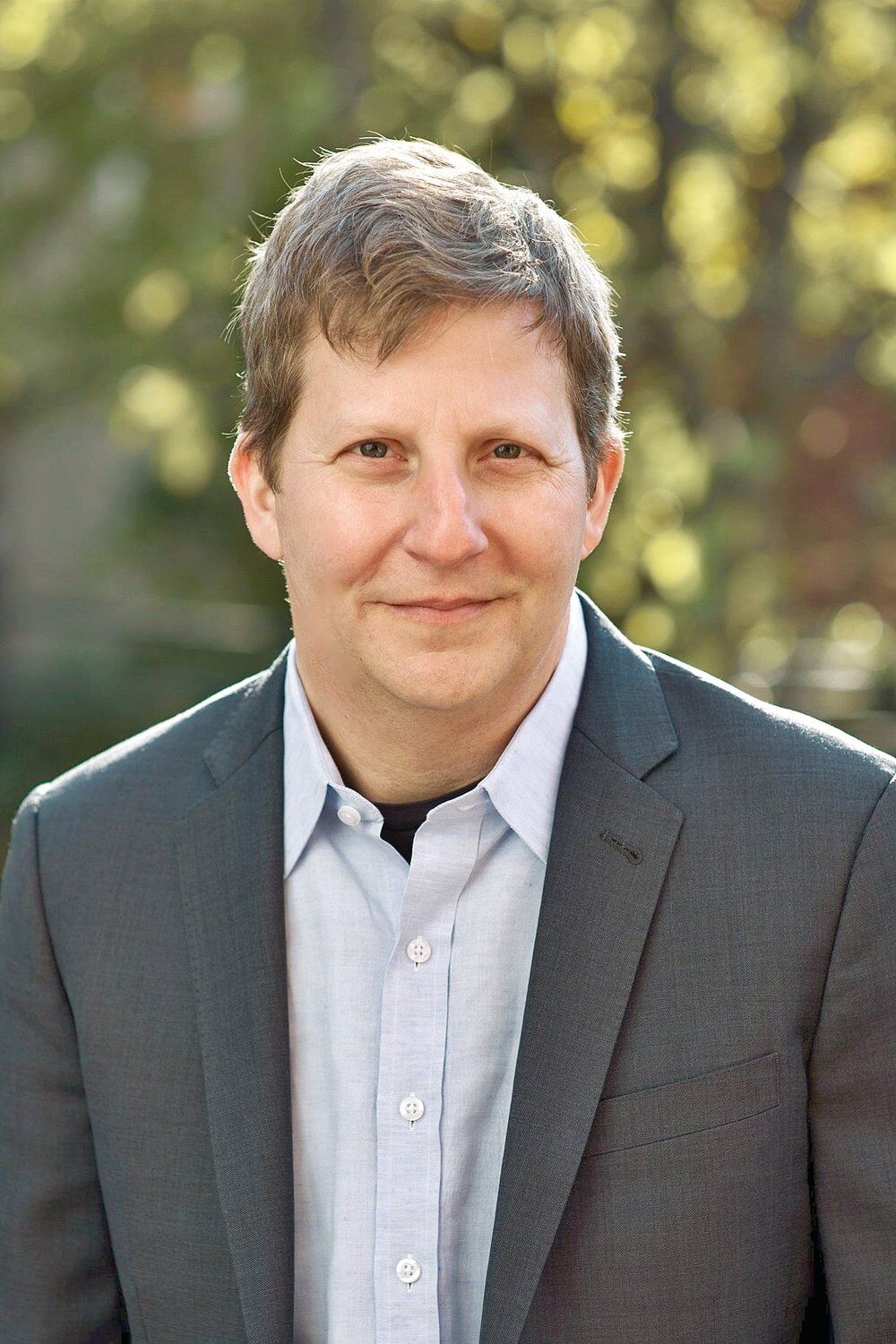 SPENCERTOWN, N.Y. — Spencertown Academy Arts Center's annual Festival of Books on Labor Day weekend is typically a hive of activity with some 2,000 people browsing the giant used book sale, attending two days of readings and book signings by nationally known and local authors, a children's program and dining at the Cookbook Cafe.

In the midst of planning for this year's event, organizers and volunteers suddenly found themselves facing the COVID-19 pandemic and a nation shutting down.

"We were coming to grips with the fact that the music events, art openings and Hidden Gardens would have to be canceled this year," said Jill Kalotay co-chairman of the Festival, in a recent phone interview, about the academy's normal summer season offerings. "But, in February or March, we realized the Festival of Books could proceed online. Going virtual has actually been to our advantage in getting speakers — many of them didn't want to have to travel here to speak."

She said the biggest challenge of going virtual was "to up our game and to be able to run a Zoom meeting or webinar and have it go smoothly. We're finding out how much we can take on with limited resources and limited people."

Festival co-chairman David Highfill, agreed. "It's been a lot about technology and working together to learn new skills. We're learning Zoom webinar and there have been some wrinkles," he said. "It's a really great group of people and we work good together, with no divas."

He added doing everything Zoom webinar "would give the writers as much center stage as they would have in the tent at the Academy, in addition to giving a chance for conversation with the audience members. It will allow conversations to happen in an organic way."

The Festival of Books this year will run Sept. 4 through Oct. 12, offering Zoom events with noted authors and filmmakers, children's programs and an online book sale.

"The Festival of Books is a major, major fundraiser for the Academy," Kalotay said. "It raises the majority of our money through the sale of books — we normally have 8,000 to 10,000 books. We couldn't do that online, but we could do some kind of sale on a scaled-back way — special books, more expensive books than we would normally have. It won't do a lot for our bottom line, but it will satisfy the curiosity of readers."

This year's online edition of the sale will focus on "The Special Book Room" collection of about 250 books, plus a sprinkling of CDs, DVDs and ephemera.

Books included in the sale are "The Complete Works of Abraham Lincoln," a 1905 12-volume collection of Lincoln's letters, lectures and speeches (including a fold-out facsimile of Gettysburg address) edited by John G. Nicolas and John Hay ($350); a folio-sized coffee table book titled Muhammad Ali Memories — Photographs by Neil Leifer, signed by Muhammad Ali ($250); and "Tales of Mystery and Imagination" by Edgar Allan Poe with illustrations by Harry Clarke, a 1933 hardcover in near fine condition ($275).

The online book sale will open to Academy members on Friday, Sept. 4, at 10 a.m. and to the general public on Saturday, Sept. 5, at 10 a.m.; it will run through Monday, Oct. 12, at midnight, or until the shelves empty. Purchases must be picked up by appointment at Spencertown Academy; there will be no shipping.

"Extending the four-day festival to a month has allowed us to spread the speaker events out. Normally, all the presentations are free, and there is still no admission," Kalotay said. "We're hoping for donations; there will be an opportunity for people to donate when they register for an event."

Festival co-organizer David Highfill, who is vice president and executive editor at William Morrow, an imprint of HarperCollins Publishers, said getting the big-name authors at the Festival was a matter of simply asking. "The committee brings up the names and we contact them. Authors often are willing to help as much as they can."

Highfill is looking forward to the talk by journalist Robert Kolker, who will discuss his narrative nonfiction book, "Hidden Valley Road: Inside the Mind of an American Family."

"It's the incredibly traumatic, true story of a couple, Don and Mimi Galvin, who had 12 children; six of whom were diagnosed with schizophrenia," Highfill said. It's pretty hair-raising to have one child with schizophrenia, but six is a pretty big mountain to climb. The story is sad, but fascinating, too."

He added Kolker is a great writer, who managed to synthesize hundreds of interviews into one piece. "It's a great novel that reads like a novel."

Another event Highfill is looking forward to is "The Booksellers."

"It's a marvelous little film about the hunt for books and the places to find books, and how technology has affected booksellers. It's a great slice of America and it's tribe of booksellers," he said. "It's a charming documentary and several of the producers and director will be speaking."

"We wanted an interactive, lively session, so we're keeping it in meeting form," she said.

And for those missing the Cookbook Cafe, the Academy is going to share its signature recipes for To-Die-For, No-Alarm Vegetarian Chili, Northern Cornbread and Lemon Cake.

'This year's Festival of Books is very different from what we had in the past," Kalotay said. "We hope people will come [virtually] and hope that people will donate, and help us turn the page."

Admission is free to all events, but advance registration is required as Zoom capacity is limited. Registration is now open for most sessions; others will follow soon. The online book sale will open for Spencertown Academy members on Friday, Sept. 4, at 10 a.m. and for the general public on Saturday, Sept. 5 at 10 a.m. For details and to register, visit spencertownacademy.org.

10 a.m. — Children's book author and illustrator Jacqueline Rogers reads from her latest book, "Goblin Moon," a spirited story that captures Halloween fun. She will then lead a related workshop in which participants draw goblins and create a Halloween scene using the shapes in the alphabet. Bring a pencil with an eraser, some blank paper, and your imagination. Ages 5 and up. 30 minutes.

4:30 p.m. — The Booksellers director D.W. Young and producers Dan Wechsler and Judith Mizrachy will discuss their documentary film about antiquarian booksellers, the impact of technology on the trade, and the importance of books as physical objects. Parker Posey, who served as executive producer for the film, hopes to pop into the chat if her schedule permits. The film is both a loving celebration of book culture and a serious exploration of the future of the book. It features interviews with important dealers, prominent collectors, and writers such as Susan Orlean and Gay Talese. To view The Booksellers in advance at home, see www.booksellersmovie.com for streaming options.

4:30 p.m. — Novelist Joyce Carol Oates will discuss her latest book, "Night. Sleep. Death. The Stars.," in which she examines the current state of the nation through the prism of a family tragedy. Stark and penetrating, the novel is a vivid exploration of race, psychological trauma, class warfare, grief, and eventual healing, as well as an intimate family novel in the tradition of the author's bestselling "We Were the Mulvaneys." She will be joined in conversation with writer Daphne Kalotay, whose latest novel is "Blue Hours."

7:30 p.m. — Journalist Robert Kolker will discuss his narrative nonfiction book, "Hidden Valley Road: Inside the Mind of an American Family." It's the heart-rending story of a mid-century American family: six of Don and Mimi Galvin's 12 children were diagnosed with schizophrenia. This medical mystery was so extraordinary that they were one of the first families studied by the National Institute of Mental Health. With clarity and compassion, Kolker weaves the science of schizophrenia, the era of institutionalization and lobotomy, and the search for genetic markers with one family's legacy of suffering, love, and hope. He will be joined in conversation with journalist Seth Rogovoy, editor of The Rogovoy Report.

10 a.m. — Children's book author and illustrator Jacqueline Rogers will return with a second workshop titled "Create a Halloween Book Cover." Participants will follow along as Rogers draws a Halloween character, a brief story line, and a title in block letters. They will be encouraged to bring their own details and ideas into their drawings. Ages 8 and up. 45 minutes.

4:30 p.m. — Ed Ward will discuss his book, "The History of Rock & Roll, Volume 2: 1964-1977: The Beatles, the Stones, and the Rise of Classic Rock." One of the deans of pop music criticism, Ward has been in and around music journalism for decades. He is well known to fans of NPR's "Fresh Air," where he was a rock-and-roll historian for more than 30 years, and to readers of Rolling Stone and a host of other publications. He will be joined in conversation with Gerald Seligman, who has over 35 years of experience in the music industry in the US and abroad.