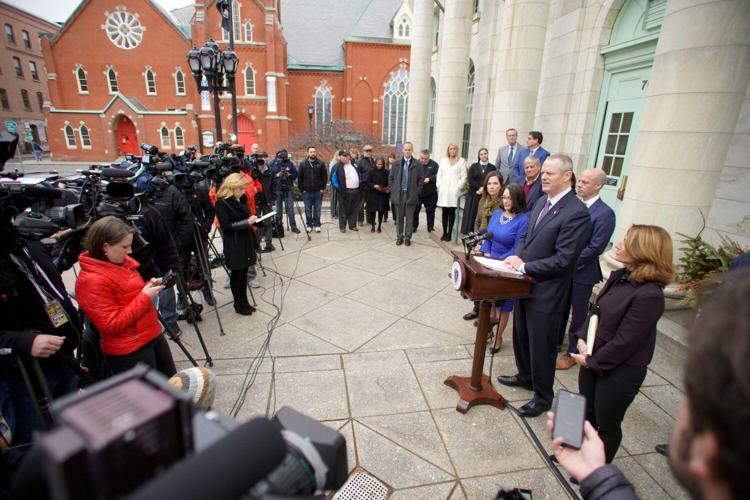 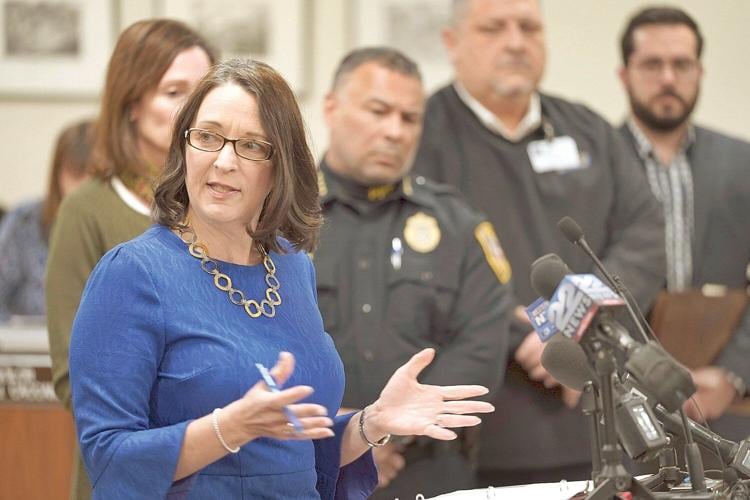 The number of presumed new coronavirus cases in Berkshire County has risen to nine, according to statistics released Thursday by the state Department of Public Health.

As of Wednesday, there were seven reported cases in the county.

Berkshire County has the highest concentration of positive test cases outside of eastern Massachusetts. On Thursday, a state chart tracking exposure points listed eight cases that were “Berkshire Medical Center related.” The chart also lists cases related to the Biogen conference in Boston (82), those that are travel-related (5) and those that remain under investigation (13).

Michael Leary, media relations director for Berkshire Health Systems, deferred questions about the new exposure category to the DPH. Spokespeople for the agency were not available.

Gov. Charlie Baker reassured the public of his presence and his fight to increase testing capacity during a news conference at Pittsfield City Hall on Thursday. The state stands with Berkshire Medical Center, he said.

“State officials are working closely with the impacted hospital, as well as the local officials to monitor the situation and keep the community safe,” he said.

He told reporters gathered at the conference that a single state lab is not adequate in the face of so much demand for testing. He pushed the federal government for help in bringing more online.

Later in the evening, a state spokeswoman informed The Eagle that two national-level commercial labs, QUEST and Labcorp, have come online. Both boast several labs in Massachusetts.

“Today, we received good news that two commercial labs received federal approval for testing which will support the State Lab to expedite the testing process for COVID-19,” the DPH spokesperson said in an email to The Eagle. “It is important for Massachusetts to continue to receive additional test kits from the [Centers for Disease Control and Prevention] and for more labs to be approved by the federal government and come online in Massachusetts.”

State Reps. William "Smitty" Pignatelli, D-Lenox, and John Barrett III, D-North Adams, also announced a legislative measure to assist workers negatively impacted by COVID-19. The bill would give grants to Massachusetts residents who are unable to work due to COVID-19 infection, quarantine or isolation.

A Great Barrington resident is in the intensive care unit at Berkshire Medical Center after testing positive Wednesday for the new coronavirus.

Town Public Health Agent Rebecca Jurczyk said the man had been admitted for "general weakness," and it was not known how he contracted the virus. The town's public health nurse, Leslie Drager, will provide the town more information about the case after she interviews the man, Jurczyk added.

Leary declined on behalf of the hospital to comment on "any individual patient."

The medical transport of an Otis man, who later tested positive for the virus, also exposed several first responders and medical workers at Fairview Hospital. Great Barrington currently has at least five people under self-quarantine, including some exposed when this Otis man arrived at the hospital, on March 3.

Two students at Monument Valley Regional Middle School remain in self-quarantine at home in Dalton. The students had been cleared by a doctor to return to school after a trip abroad, but they went into self-quarantine after the country they had traveled to was upgraded to a higher risk level.

Berkshire Hills Regional School District Superintendent Peter Dillon sent an email to families announcing all field trips, out of state travel, and certain community events at all three district schools will be postponed.

Also Thursday, North Adams City Councilor Jason LaForest told The Eagle he tested negative for the virus after samples were taken Tuesday. LaForest, who is a nurse at Williamstown Commons, had been in quarantine at the request of the DPH.

Mayor Linda Tyer declared a state of emergency in the city on Thursday amid the Berkshire outbreak.

The declaration took effect immediately, she said during a news conference at City Hall. She described the order as an administrative tool allowing her to cut through bureaucracy and take swift action if needed, and to appeal for federal or state reimbursements for coronavirus-related expenses.

"It allows us to be nimble and responsive as circumstances require," Tyer said.

She suspended all work-related travel for all of her employees and encouraged other employers to do the same. She also advised employers to hold virtual meetings when possible, and for people to stay home when sick.

The Ralph J. Froio Senior Center shut down all nonessential services. The center will continue providing on-site meals and transportation by appointment.

The city will not issue special permits for events over the next 30 days while the order remains in effect.

Schools and public buildings remain open, but she said she will not hesitate to close them if the circumstances warrant it.

"I hope that this information provides reassurance," Tyer said, in what she described as "an unnerving time for all us."