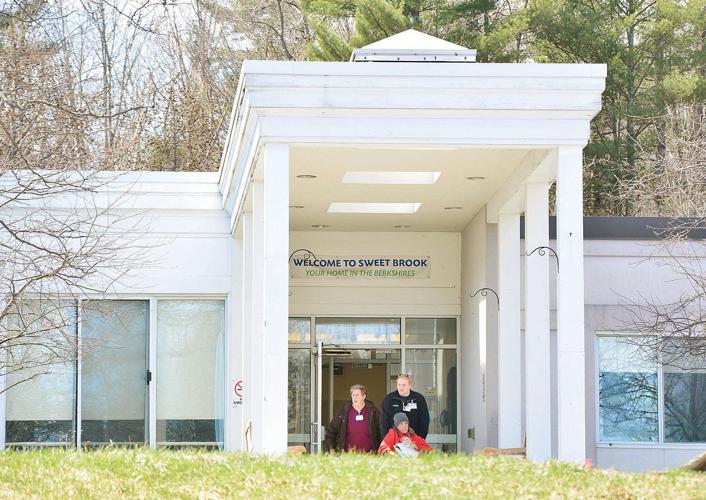 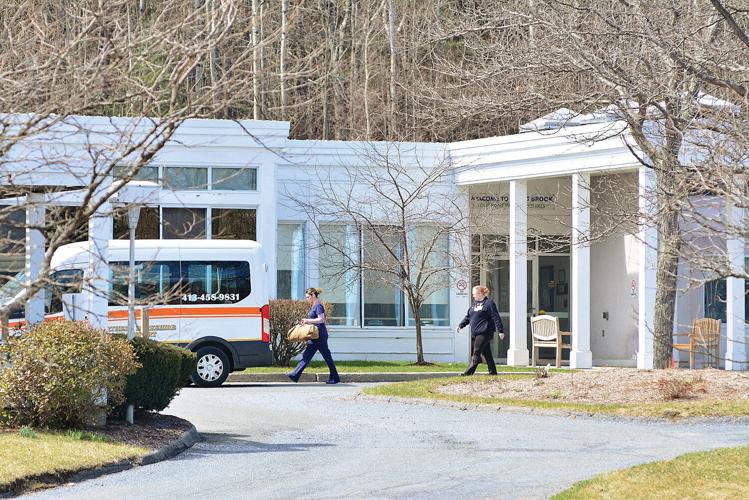 WILLIAMSTOWN — The state Department of Public Health has begun a process to close a Williamstown nursing home with a history of poor care, according to the agency and state Rep. John Barrett III.

Residents of Sweet Brook Rehabilitation and Nursing Center, which holds a state license for 184 beds, will be relocated to other facilities — unless an appeal is successful.

"My understanding is that DPH has begun the licensure-revocation process. They've informed me of that," said Barrett, D-North Adams. "The licensee, the Sweet Brook people, is responsible for the proper placement of the residents and the closure of the facility."

Sweet Brook is owned by Alexander, Rochelle and Samuel Sherman, as well as Jeffrey Goldstein and Zaleman Horowitz, according to the Centers for Medicare & Medicaid Services.

Federal and state public records show that members of this group also have ownership interests in at least 16 facilities in Ohio and at least 13 in New York.

There are currently 84 residents at the facility, according to the Department of Public Health.

DPH notified the facility, which is ranked in the bottom 1 percent in the state, on April 9 that action was being taken against its license to operate.

It has 14 days from that date to appeal the decision, but the admittance of new patients has been frozen since early March, Barrett said."It won't be closed until such time that everybody's placed," he said.

"They have a right to appeal this, and I don't know if they've appealed it. That's really where it's at right now. If they do appeal, the facility will stay open until that process is completed."

"This action was taken because the licensee has demonstrated that it is not suitable to operate a long-term care facility and there are deficiencies that seriously limit the ability of the facility to provide adequate care for residents," a statement from the Department of Public Health said of the move.

This is the first time in the past year that DPH has moved to revoke the license of a long-term care facility.

At this point, DPH has taken the first step in the process by notifying Sweet Brook and reminding the facility of its regulatory responsibility to notify residents of this action. Next, the agency will provide Sweet Brook with a "Notice of Agency Action" with the specific grounds for revoking its license.

A long-term care ombudsman will work with Sweet Brook to relocate current residents to facilities that meet their care needs, according to DPH.

In a prepared statement issued Thursday afternoon, a representative of Sweet Brook said the owners remain "fully focused" on the issues raised by DPH, and called the state standards for care "high."

The facility recently invested in additional resources and engaged with "outside experts," according to the statement, which also thanked the staff for "continued focus" to assure safe and supportive care of patients.

The statement did not directly address whether the facility was appealing to the state.

But when reached later by phone, spokeswoman Diana Pisciotta told The Eagle: "We are doing everything possible to maintain our licensure."

For the past year and a half, the facility has been reprimanded several times after a series of inspections that showed signs of neglect and abuse.

Agencies appeared to start taking note of serious issues at the facility in fall 2017. That September, after an inspection, CMS placed the facility in a state of "immediate jeopardy," threatening to pull its funding after is discovered dozens of instances in which patients were mistreated, abused or neglected by staff.

The violations noted, among other things: the resuscitation of a patient without consent, leaving residents in soiled diapers and unsanitary restraints for extended periods, and verbal and financial abuse of residents wishing to leave the facility.

The high-level employee linked to that abuse, as well as several staff members who were found not to be properly licensed, were terminated after the September 2017 survey.

The violations, documented in hundreds of pages of reports, prompted the federal office that oversees Medicare and Medicaid to temporarily freeze Sweet Brook's ability to admit new patients, but that freeze was lifted in November 2017, after the facility corrected initial deficiencies and came back into compliance with federal regulations.

But inspectors discovered additional violations when they returned in March 2018, though funding was not frozen at that time.

For nearly a year, there were no changes in the facility's operation.

In February, CMS put Sweet Brook on a list of special focus facilities, which is made up of fewer than 90 nursing homes across the country that have demonstrated long-standing issues in care.

At that time, a spokeswoman for the facility claimed that the issues that prompted the federal agency to designate Sweet Brook a special focus case were over a year old and conditions had improved. But last month, after a March 8 inspection, CMS notified Sweet Brook that the facility was once again placed in a state of "immediate jeopardy."

"The Medicare provider agreement between the Skilled Nursing Facility and the Secretary of Health and Human Services will be terminated on March 31, 2019, due to their failure to meet Medicare's basic health and safety requirements," the agency said in a public information notice Monday. "We are closely monitoring the relocation of Medicare and Medicaid residents to other facilities."

While the facility had 32 days to come into compliance with the federal requirements, the state took action in the meantime.

The admission freeze imposed March 8 as a result of the finding of immediate jeopardy will remain in place through the closure of the facility, according to DPH.

The agency is working closely with the Executive Office of Elder Affairs Long Term Care Ombudsman to ensure that residents receive quality care in a safe environment during the transition, according to DPH.

DPH doesn't keep track of the number of employees at care facilities and referred related questions to Sweet Brook.

Barrett, who represents the area, said he is not sure what prompted DPH to take action now, but that the agency was contacted by concerned residents and officials, including himself, after an investigative series on the facility ran in The Eagle this year.

"I think, obviously, that it was the patients that went to you and others and even myself," he told The Eagle. "Obviously, you did your stories and obviously, the conditions didn't improve."

Barrett said he is not only concerned for the residents who need to be moved to new facilities, but also for the workforce that likely will be impacted by the pending closure.