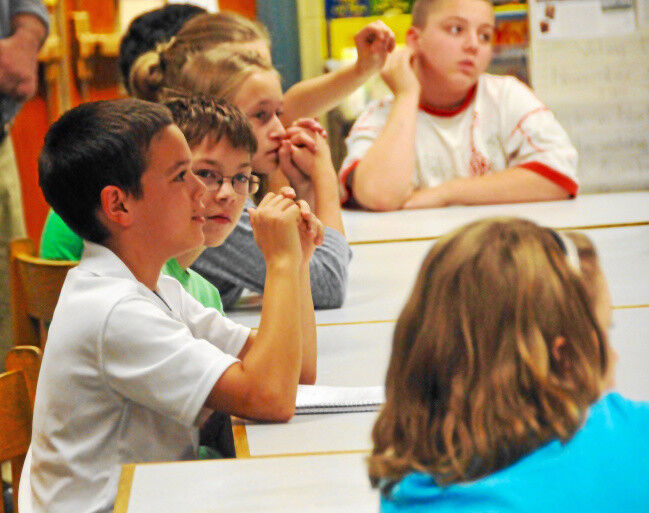 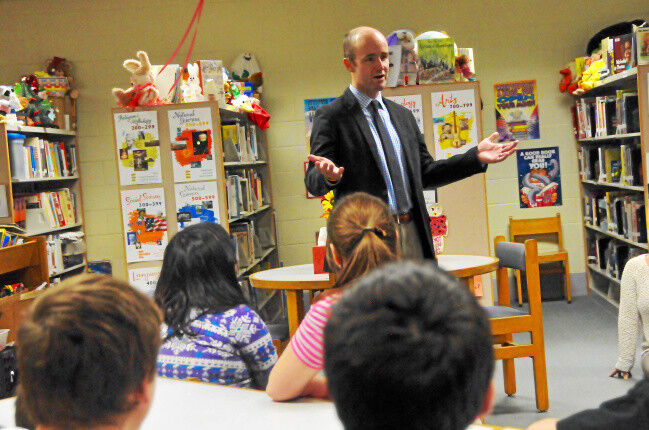 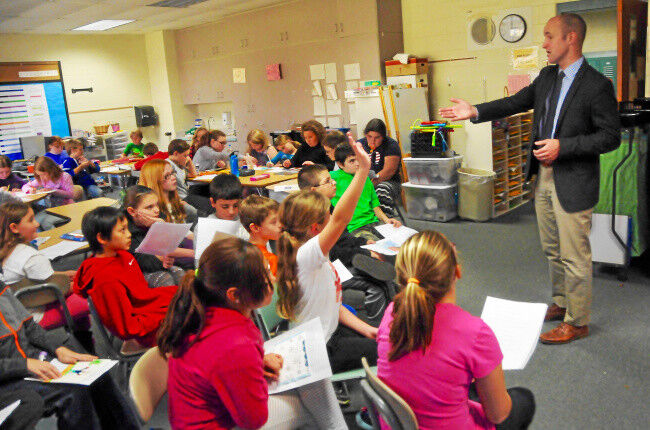 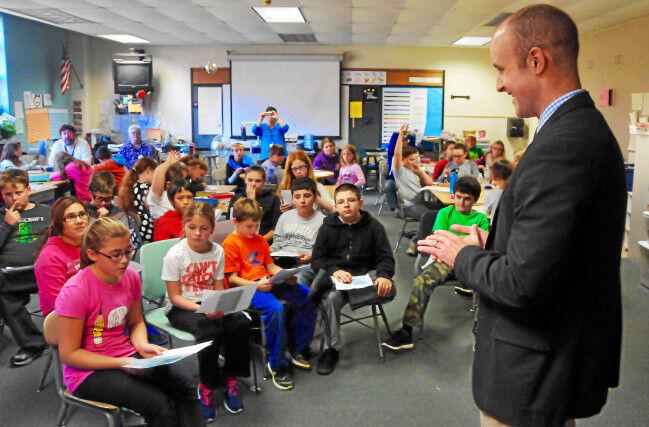 Downing spent a couple of hours Monday afternoon is separate sessions with each of the three grades. At the beginning of the session, he would introduce himself, and explain what his job is.

Then he would ask for questions from the students.

They didn't hold back.

And from his answers, they learned a great deal about the senator. He told them his favorite part of his job is visiting classrooms and meeting with students. He explained that his least favorite part of the job is having to drive so much to get back and forth from Boston several times each week.

The students quizzed him relentlessly, and when their time was up, a few let their inner journalist loose and kept on asking questions.

How did he wind up a state senator? Why did he go into politics? What did he want to be when he was a kid? Has he ever met President Barack Obama? Who is he going to vote for? What kind of jobs is he trying to create in Western Massachusetts? Would he ever run for president? Does he have any hobbies?

Downing happily answered it all, along the way stressing a few things: It is essential that they use their right to vote, and that when he is in Boston, all the students are on his mind because building a future for the next generation through funding education and creating employment opportunities is what the work is all about.

"I want your wildest dreams to be realized," he said. "That's why we do everything we do — we're invested in all of you."

The students found out that Downing ran for senate because he originally applied to get into a number of law schools, and the law schools didn't seem to agree with that notion. As a youngster, Downing noted, he wanted to be a teacher or a coach or an NBA star.

He spent some time in Washington D.C. working for Congressmen John Olver, and he was attending Tufts University seeking his masters degree when his uncle, Jack Downing, told him about an opening in the state senate representing Western Mass. He decided to try, doubting his chances as he was only 24 years old at the time.

"So don't let anyone fool you into thinking your vote doesn't count," Downing said. "It's always important to vote. Somebody somewhere sacrificed something so you guys can vote. Think about that."

Addressing job creation, Downing explained that it takes a variety of jobs to drive an economy.

"All kinds of jobs," he said. "Manufacturing, solar panel installations, anything having to do with energy efficiency," he said. "Any job that pays a good wage is a good job."

A seventh grader wondered what they should call the senator when addressing him.